Posted by Mark on February 29, 2016
Posted in: Uncategorized. Leave a Comment 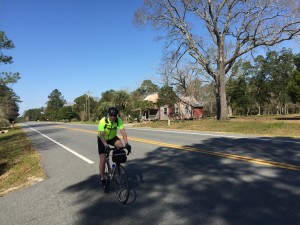 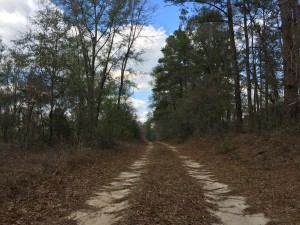 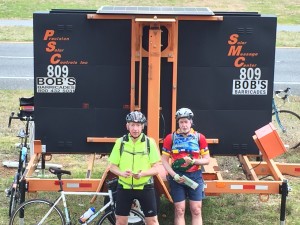 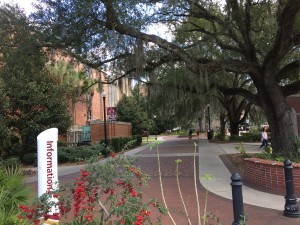 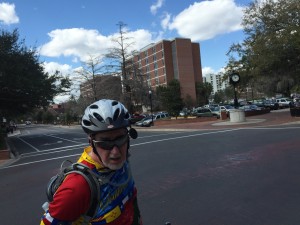 We rode 68 more miles today and we are enjoying  the smooth, pothole free Florida roads.  Most of the time there is a bike lane and when there isn’t, there is a sidewalk but traffic is pretty light anyway. Even this morning, I was worried about riding the two miles back to Adventure Cycling route from our hotel, on a four lane highway with no shoulder but there was no rush hour traffic and I didn’t die. Tim refused a ferry ride in the van and I told him if I died in a bike accident, my tombstone would read, ” Tim caused his death. Rest in Peace.”

Lots of long rolling hills all day long. Who knew Florida isn’t flat? We would hit 30 mph downhill and struggle to keep it above 10 going up the next one.  At one point in the ride we were only about two miles from the Georgia border but with all these long mileage days, Brian and I declined adding more just to cross another state line on a bike. We started to get annoyed with the hills toward the end and Tallahassee, we hit some really short, steep ones. As far as my knee is concerned, Tylenol plus Aleve did the trick and icing it tonight will help. Today’s trivia game was naming iconic lines from movies, such as ” …there is no crying in baseball” and ” WILSON” and ” STELLA” . We came up up with lots of movies and it will be hard to think of our next trivia contest but we will need a good one to entertain Matt, who will be joining us tomorrow.