Posted by Brian on February 28, 2016
Posted in: Brian. Leave a Comment

At dinner last night, we had an interesting conversation about politics, more specifically “why are you a democrat” or “why are you a republican,” assuming you have a political party affilitation.  Our answers were interesting, revealing, and thought provoking.  And I especially love that we can have a conversation like that without offending anyone.  Of course, it probably helps that all of us are on the moderate side of our parties – at least I think we are. 🙂

We started the ride at about 7:05 a.m. when the temperature was slightly above the freezing mark, but it quickly warmed up.  We stopped for the first time after about 15 miles or so, and stopped 4 or 5 times after that on our 93 mile ride.  Tim lead most of the way, which was really tough on him.  Mark’s knee was bothering him, and to be honest I was not sure I would be able to complete a 93 mile ride today, so neither of us ever took the lead from Tim.  Here are some photos from our ride today. 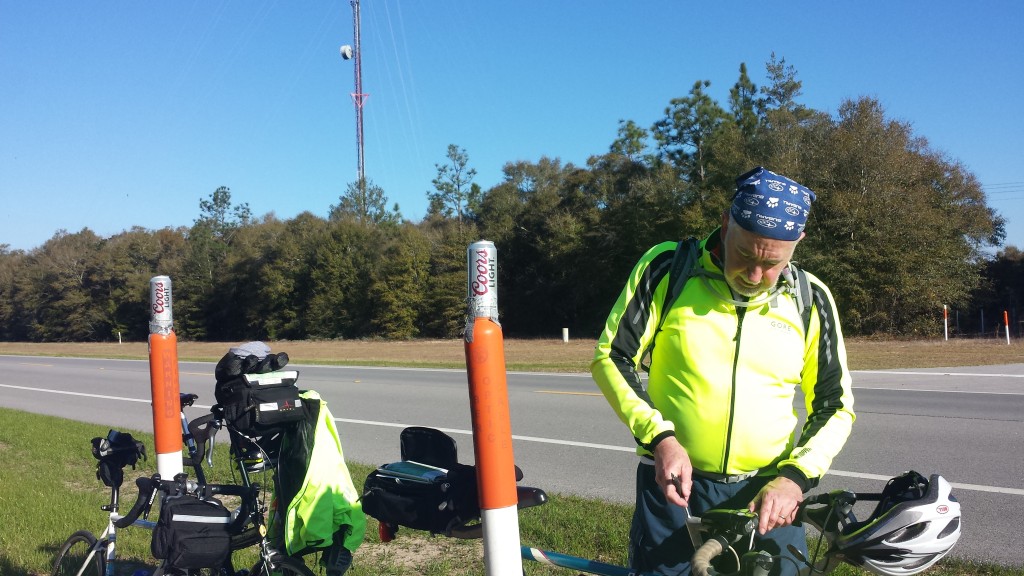 Tim at our first stop of the day at Mossy Head, FL on US 90. Notice the Coors Light beer cans duct taped to the orange gas line markers. 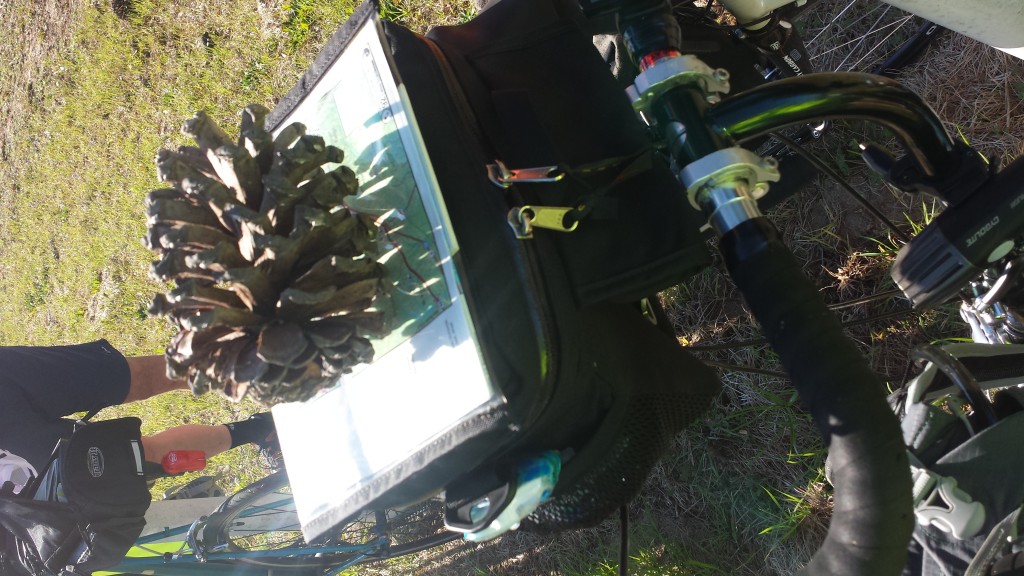 Photo of giant pinecones on our 1st stop of the day. 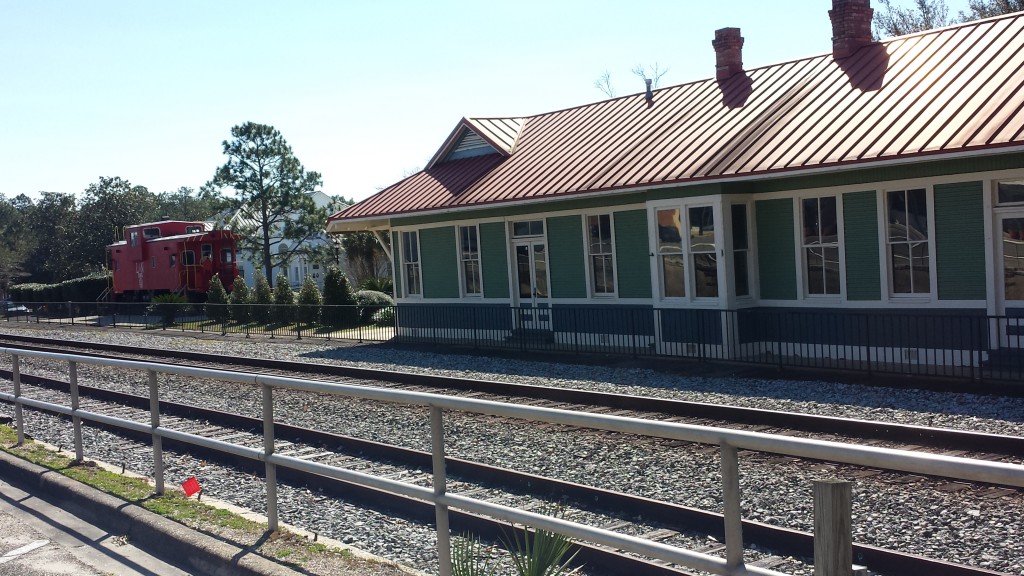 DeFuniak Springs Train station – our 2nd stop of the day. 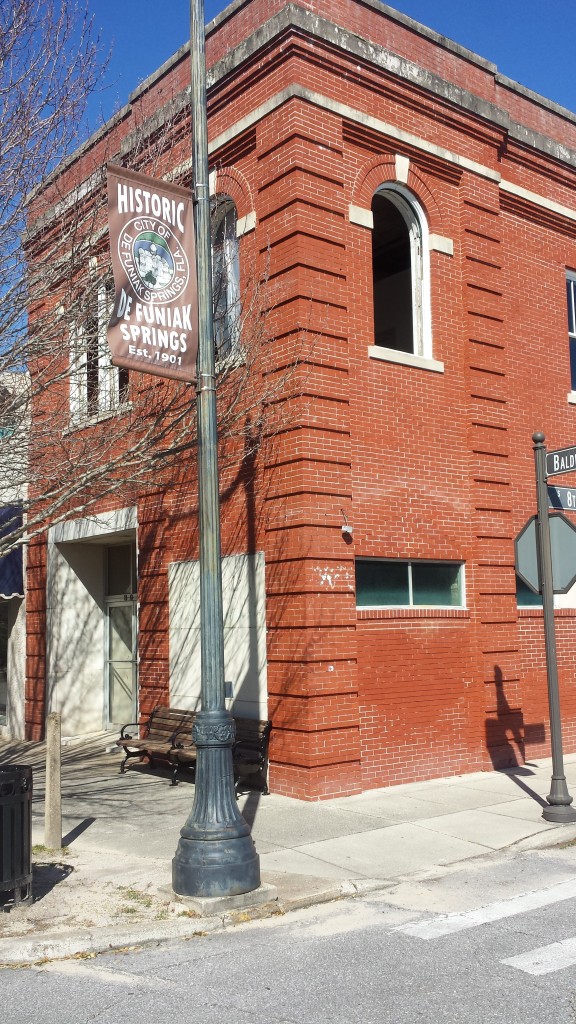 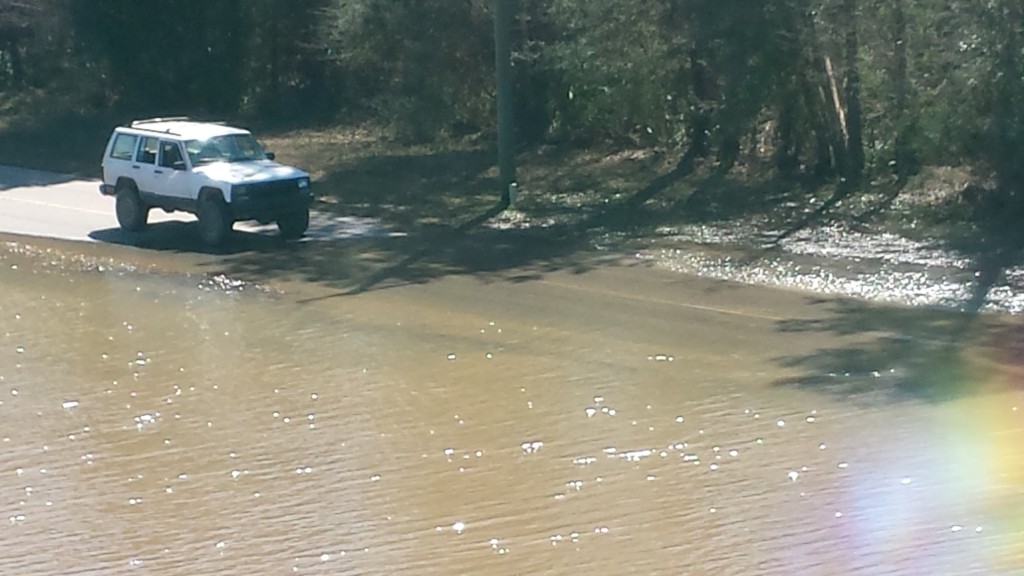 Near the Choctawhatchee River on US 90.  Apparently it had rained a lot recently. 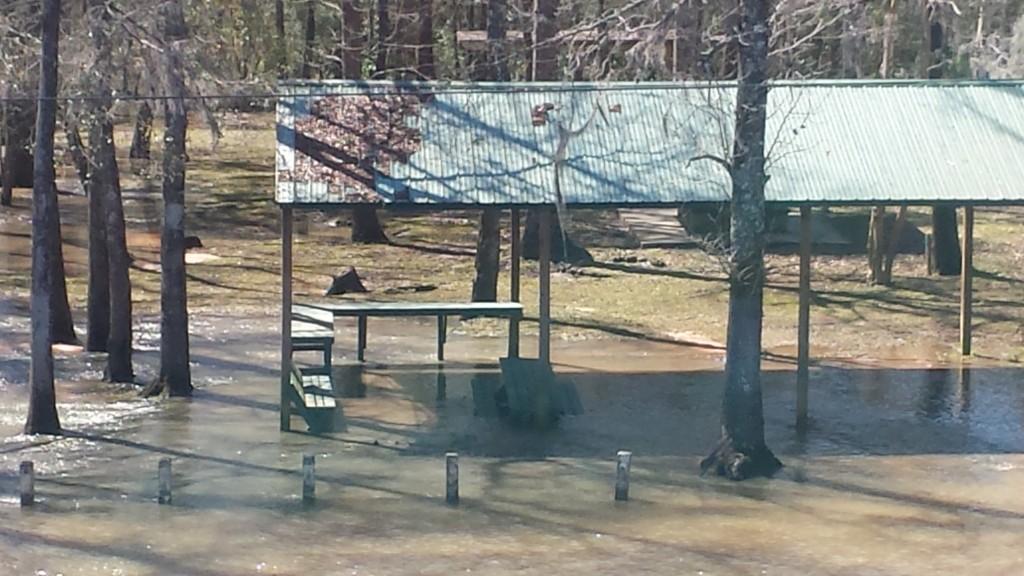 Picnic area under water at the Choctawhatchee River on US 90. 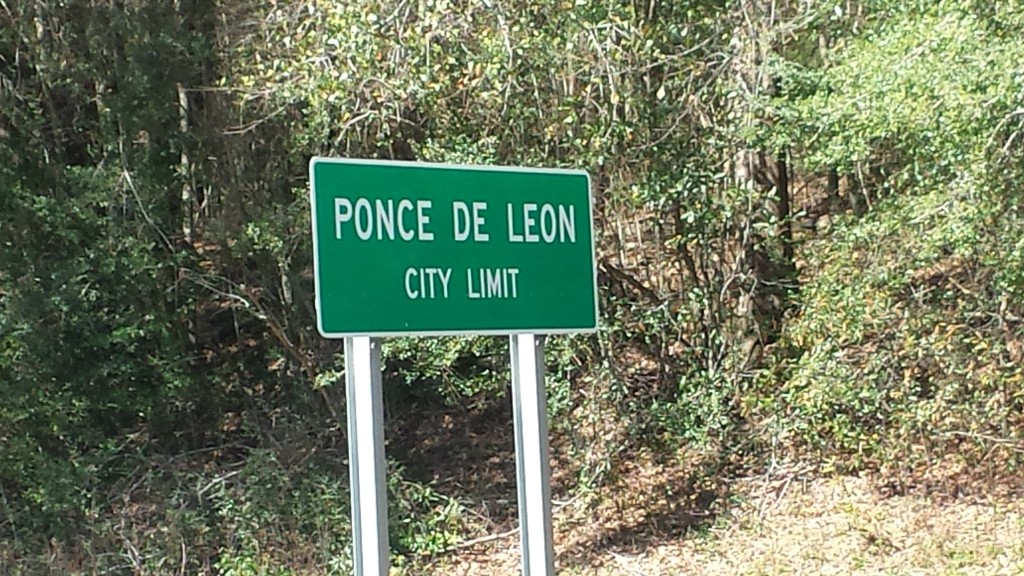 Ponce de LeonCity Limit sign halfway through the ride, where we took another of our breaks. 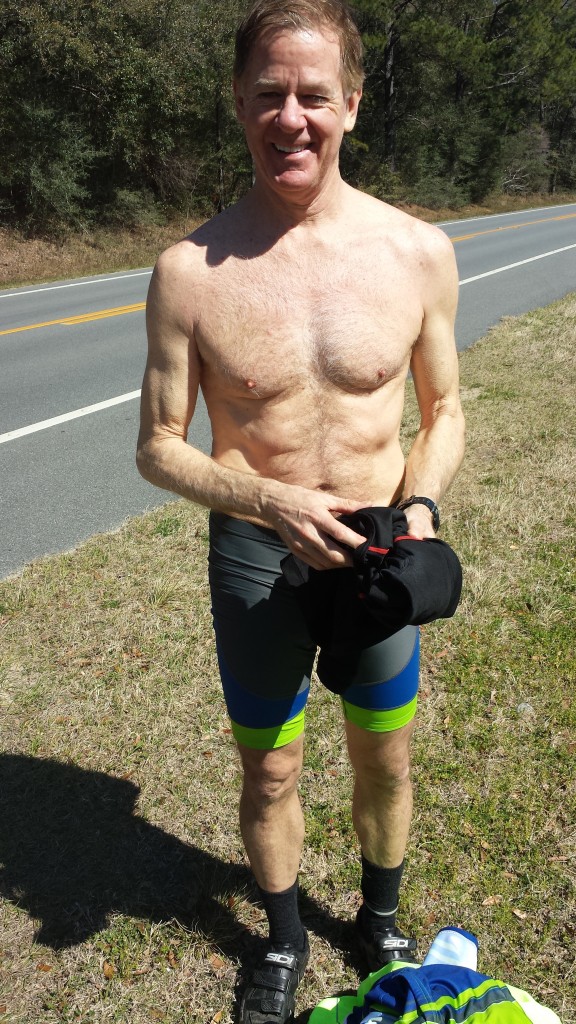 Beefcake shot of the day – Mark while shedding layers during our break just outside of Ponce de Leon. 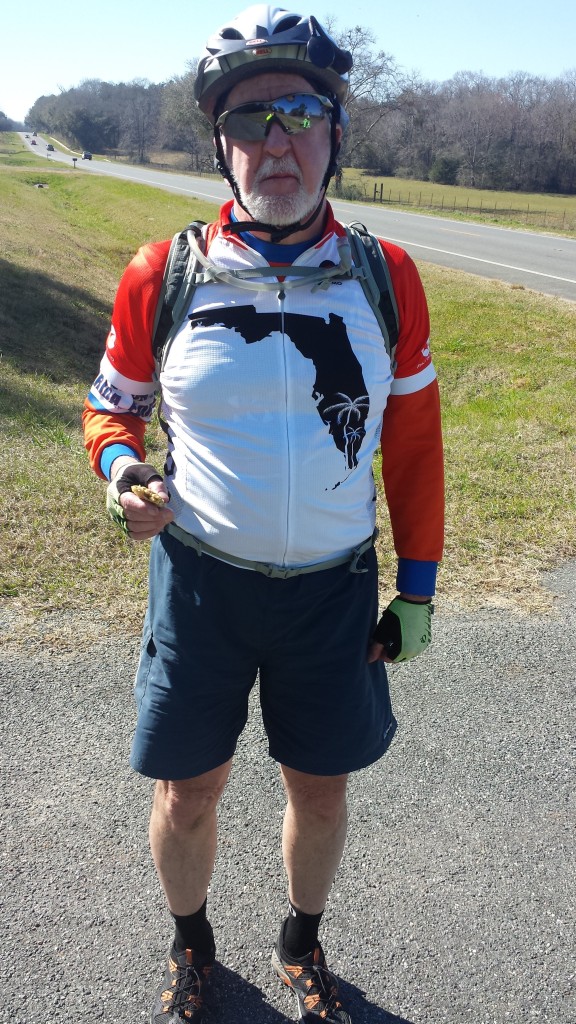 Tim in one of his two Florida biking jerseys – I’m not sure if this is the one Marcia or Matt gave him for Christmas.

To pass the time on the ride, we did lots of trivia.  For example, how many states with 4 letters can you name?  We came up with 6 of them.  Can you guess all of them?

In baseball, how many different ways can you get to first base without getting a base hit?  I think we came up with 6 of these also.

How many U.S. Presidents died on the same date?

How many U.S. Vice Presidents were later elected to President?

What U.S. Presidents later served in the Federal Legislature or the Federal Judiciary branches?

We rode up to the Fairfield Inn at 3:30 p.m. and eventually made our way to Beth’s room for Tim’s daily reading of “Conquering the Borderlands.”  Afterwards we went to a sports bar and had burgers and beers – a great way to end the day! Right now Beth and I are watching the Red Carpet show before the Oscars Ceremony, but I’m signing off now and heading to bed.