The Home2 Suites breakfast bar offered the novelty of little wrapped sandwiches that could be microwaved and enjoyed. In normal life I eat a yogurt for breakfast, but when in Tallahassee I eat a sausage and cheese on English muffin in order to start the day with as many unneeded calories as possible. It was delicious, and it touched off a spate of Brad Pitt-style snacking that I’ve found impossible to curtail. 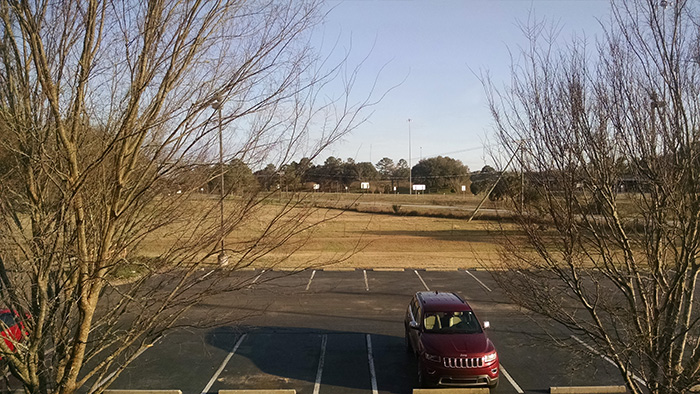 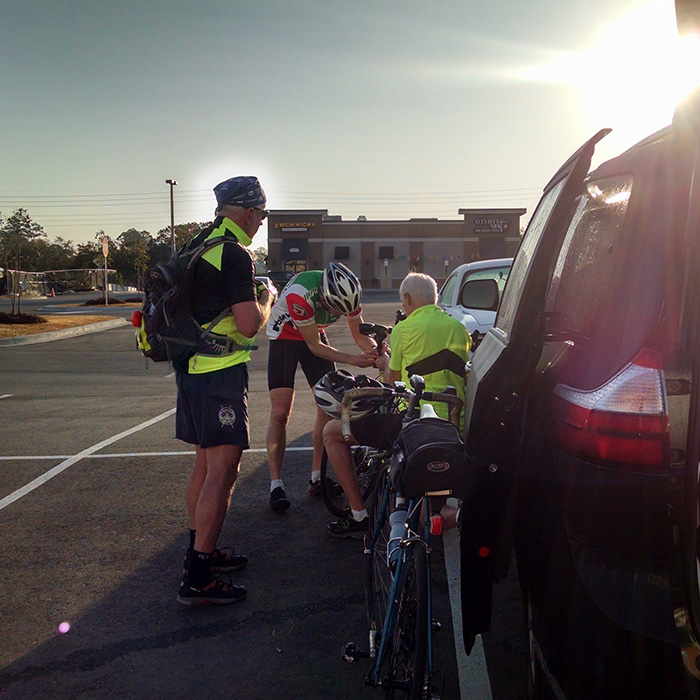 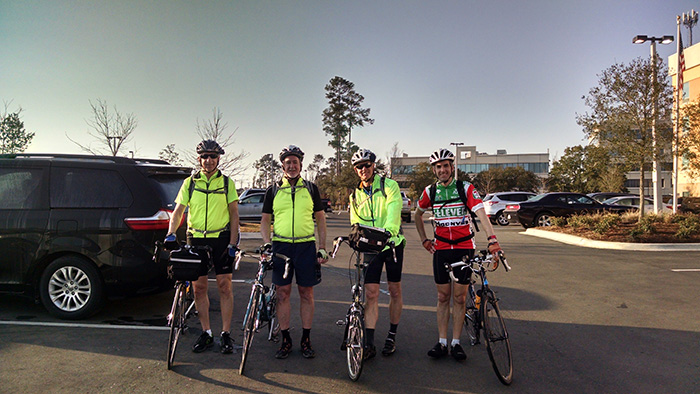 Matt has arrived to add a little color to the proceedings 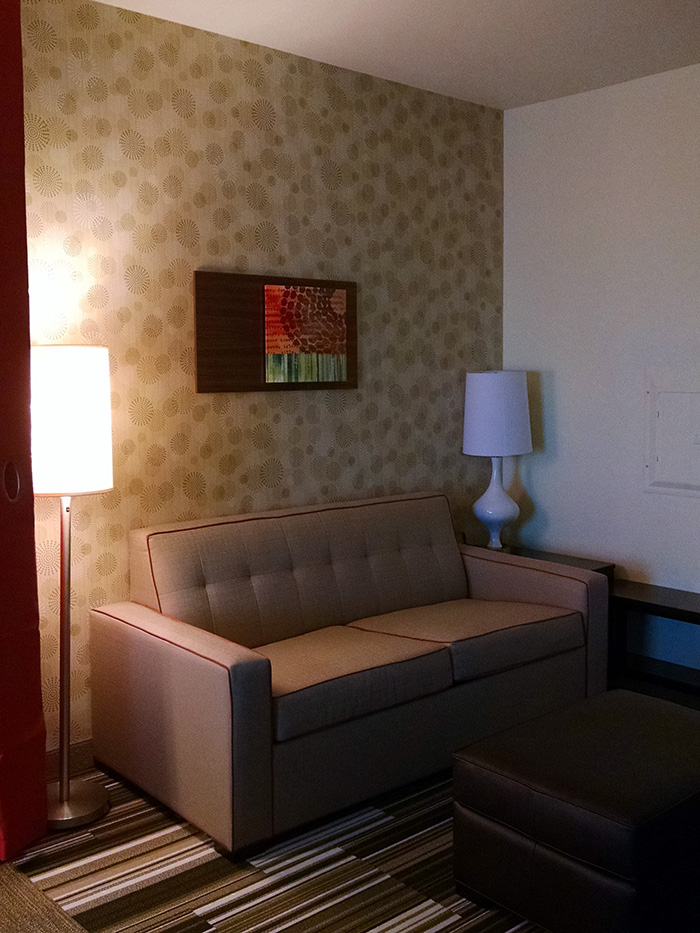 I made another Walmart stop before leaving town. The aisle with the big jugs of water was cleaned out, and I hesitated, trying to figure out which type of water to get, since the kind the guys usually get wasn’t there.

“Ma’am, look to your left,” a voice said. It came from youngish employee a few yards in front of me.

I have just now in sharing this realized I looked to my right in response. I thought he was telling me that there was a lot more water to the right, across from where I was looking. There was, but it was all in small bottles.

“A bird?” I looked to my right again, up at the high ceiling. I saw no bird, probably because it was to my left. “Crazy,” I said, even though I didn’t think it was crazy. You should see Port Authority, I thought, but I felt like I might have to explain too much. He started walking away but glanced back, I guess to see if I was going to say anything else. I felt bad for letting him down. He just wanted to share the bird moment with someone and I was too preoccupied to connect. 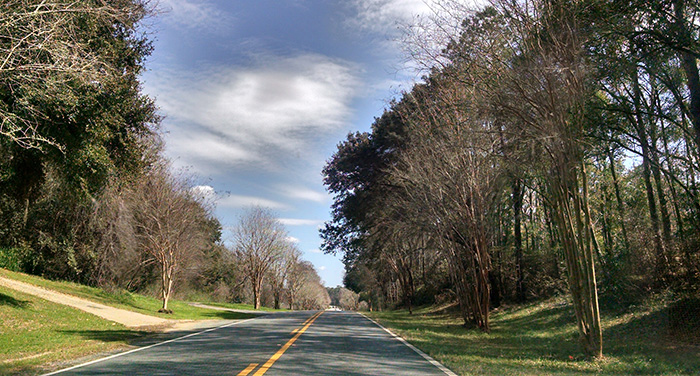 It was another good, though brief, drive. Florida, you’re so pleasant! Who knew! I timed my departure perfectly and arrived at the Best Western at exactly the same time as the bikers.

Our best lodging option in Madison was a Best Western. It could have been worse, but Best Westerns are my least favorite places to stay. They’re independently owned, so they’re very inconsistent — except when it comes to their pillows, which are of the dreaded puffy variety. Anyway, they usually feel stodgy and have weird furniture and outdated bathrooms. Madison’s Best Western was no different, though its warm paint colors tried to cover up its deficits. 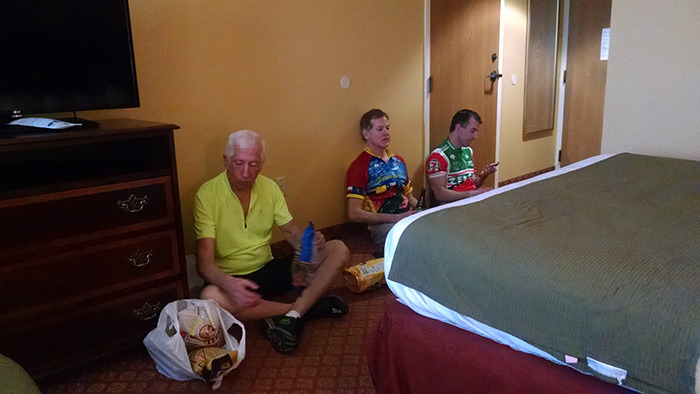 Party time at the B.W. 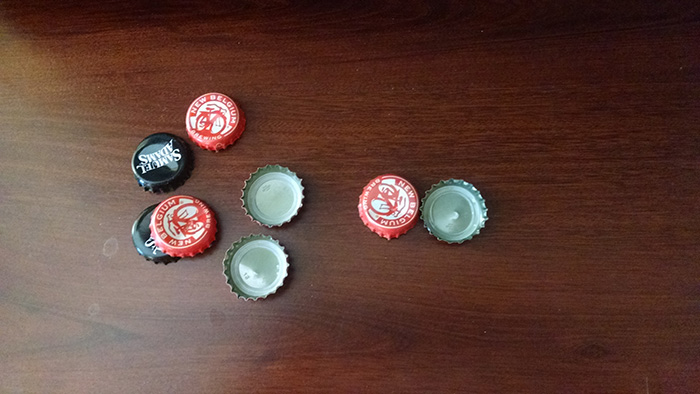 Dinner was at a decent Mexican place in Madison proper. I ordered an enchilada and a taco. I thought the taco would be soft shell but it wasn’t, and I accepted it with silent grace. The men all ordered dessert, but I abstained because my non-stop snacking from earlier had left me with no room.

We strolled around downtown Madison a bit after dinner. Small towns throughout America almost all seem to be in a transitional place; you can tell they used to be thriving, but at some point in the past thirty or forty years, things went downhill. Now many of them are slowly climbing back to viability, but they each need to redefine what viability means. 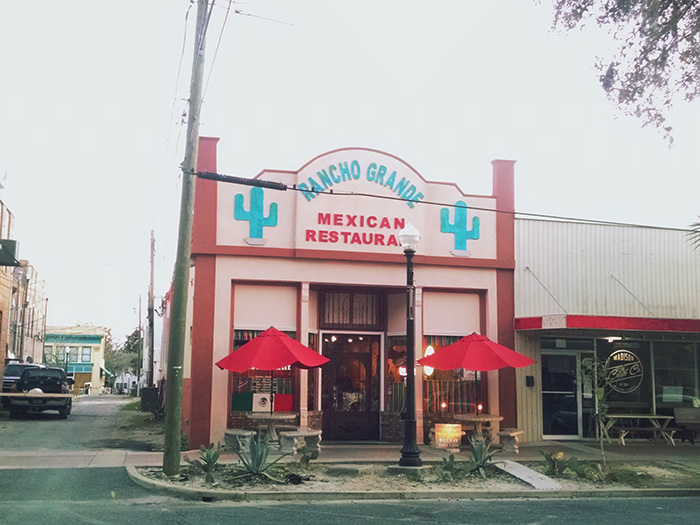 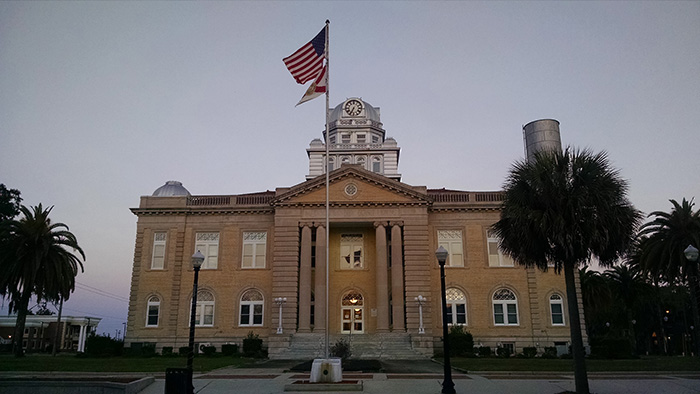 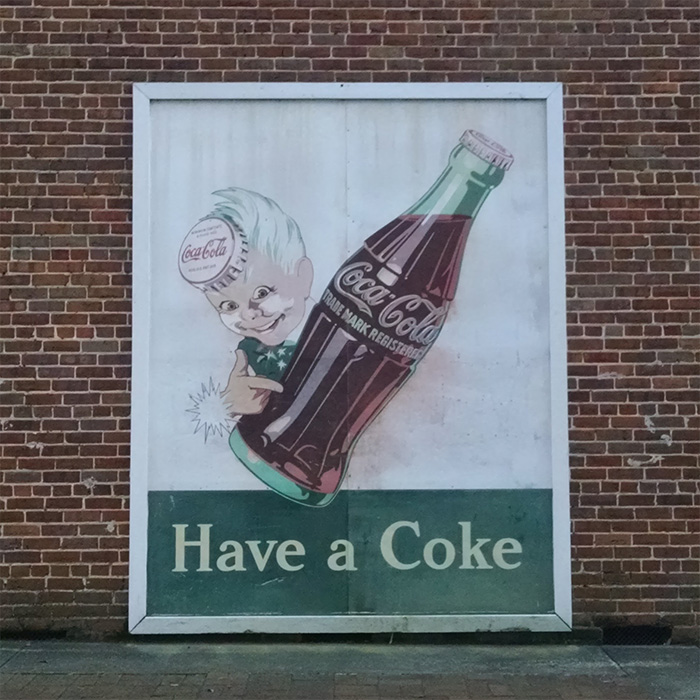 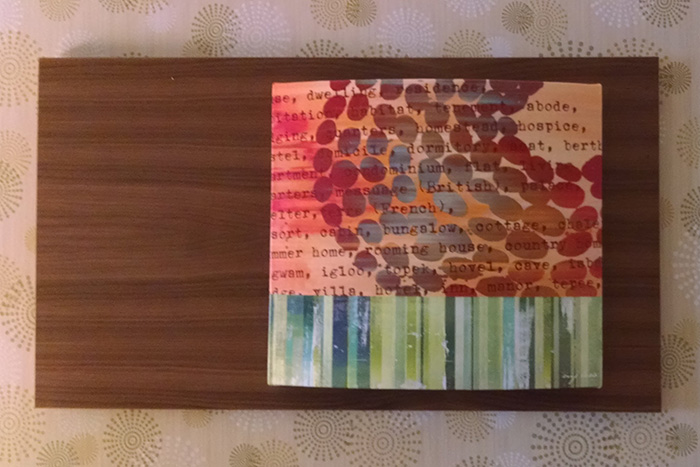 1/10. This is an idiotic piece of crap and I completely hate it. The inclusion of the word “hospice” here feels especially thoughtless, though it might not have been intended that way. Juxtaposed against the “whimsical” paint treatment, though, it makes me think that the words were chosen almost randomly. The thing I loved about Home2 was that it was meeting a lot of needs I didn’t even know I was allowed to have as a traveler: it had a very effective blackout curtain, Kohler bathroom fixtures, a kitchen sink with dish soap, the aforementioned fridge and recycling bins. Everything felt carefully considered. I think this art is just a misstep; it’s got “groovy style,” with that wooden backboard and textured crackly paint, but it doesn’t have any humanity. I think I hate it so much because I’m afraid that stuff like this will proliferate in the culture until we’ve all forgotten what it feels like to have our hearts actually moved by a work of art. It’s a stand-in for real feelings, an avoidance of them.