Here we are. The beginning of the end. The literal last leg. Let’s do this right, everybody.

I flew in to Mobile a day early, taking my dad’s bike with me because he was flying in from LA and didn’t want to truck it around on a business trip.

On my flights I listened to a few episodes of Desert Island Discs, a BBC show that has been on the air since 1942. From Wikipedia:

Guests are invited to imagine themselves cast away on a desert island, and to choose eight recordings, originally gramophone records, to take with them; discussion of their choices permits a review of their life.

It’s a great format for a conversation about life, and the current host, Kirsty Young, is sharp and thoughtful. The only downside is that the podcast version can’t play the complete musical tracks because of rights restrictions. Anyway, if you’re a podcast person you should check it out. The Dustin Hoffman episode is particularly good. 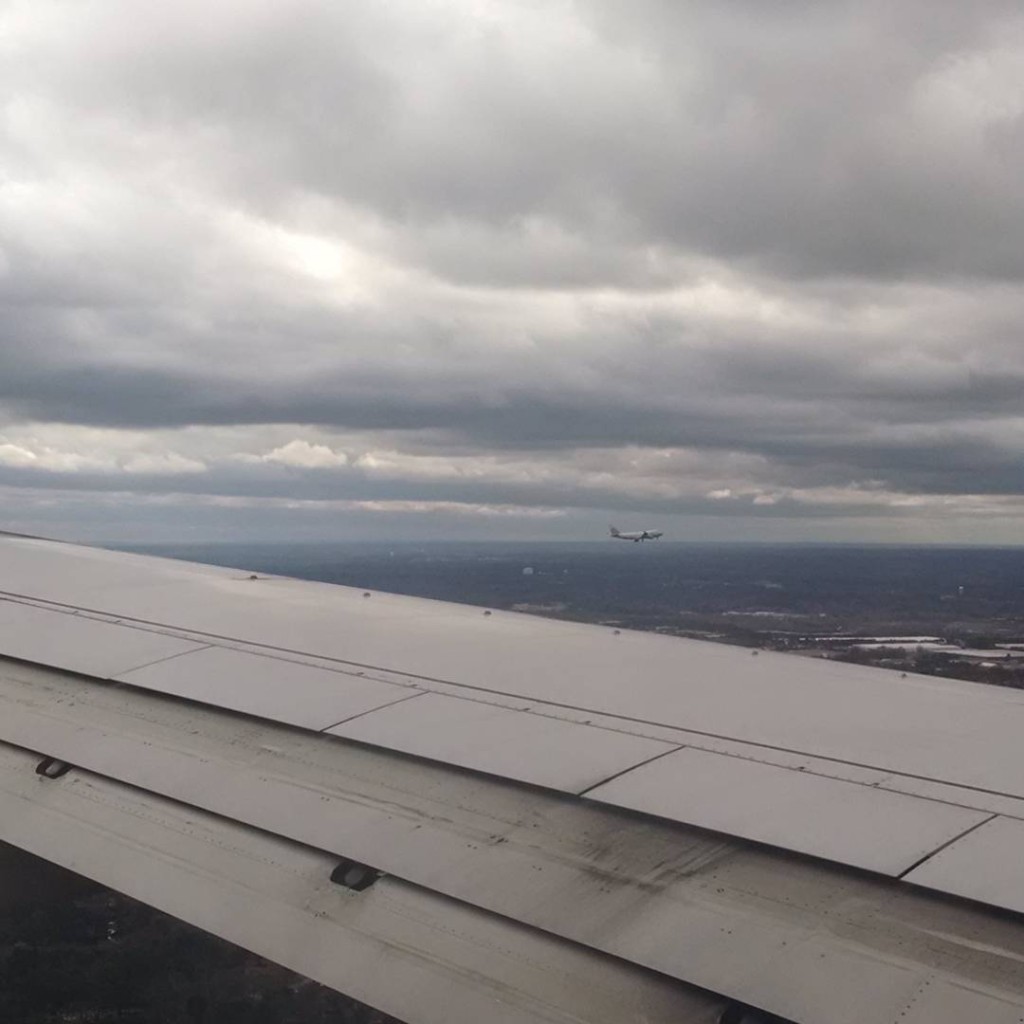 The plane in the distance and my plane touched down at exactly the same time and it was cool.

In Mobile my bag was the very last one to appear after a nervous-making delay. I waited hopefully for the next very last bag, the one containing my dad’s bike. The conveyor stopped. It wasn’t there. Another lady’s bag also didn’t make it. A gratingly apologetic representative ushered us into his office, gave us granola bars and tiny bottles of water, and took down our info. Dad’s bike would be on the next flight, he said, and would be delivered to the hotel that night. It was and it was, and all is well.

There are no signs for where to find taxis when you exit the Mobile airport. I walked around looking confused for a bit until a taxi pulled up and asked me if I needed a taxi. “I do need a taxi,” I said. The driver told me there used to be signs for where to find them, but the airport is privately owned and the board decided to remove the signs in 2014. And to make matters worse they decided to let Uber drivers in just after that. My driver complained about the woes of taxi driverdom for a few minutes, then told me felt better because he had “ventilated.” I told him I would email the airport and tell them to put up signs, then contemplated whether “ventilated” was actually an improper usage or just sounded funny. He was a native Alabaman, fifty-seven years old, I determined, after getting some of his life story out of him. When he didn’t know how to respond to something I said he whistled to himself. He seemed reasonably nice, and I considered steering the conversation toward politics — this election is fascinating and horrifying and I need a lot of comfort — but I realized it could get uncomfortable pretty quick. I was stuck inside a mobile, after all.

At the hotel I took my patented fake nap, in which I lie down for a while but never actually fall asleep. After an hour or so I got up, researched dinner spots, and landed on The Blind Mule, a homey pub half a mile away from my hotel downtown.

The walk to the restaurant was like being in a post-apocalyptic video game. It was six o’clock and dusky. Cars lined the streets, but most businesses were either closed for the day or closed for good. I saw one human in the ten minutes it took to get there, a man walking a dog in the far distance. I felt slightly on edge.

The Blind Mule was empty, too. The door was open, but no one was there. Diners, Drive-Ins and Dives was playing on the TV behind the bar, the way it will in post-apocalyptic times. I sat down. After a minute a bartender emerged, a cup of coffee in her hand. I ordered an IPA and a chili cheeseburger and read Donald Westlake’s The Hot Rock, a 1970 heist caper that feels a little phoned in. Luckily, lazy Westlake is still solid entertainment; I always get the sense he’s writing for his own amusement, and it makes for pleasant company. A few people trickled into the Blind Mule while I was there, but I decided to move on at burger’s end.

When I peeked inside the Alchemy Tavern, the other place on my list, and saw two bartenders but no customers, I sighed and kept walking, then stopped to think. The place looked welcoming, but I wasn’t in a center-of-attention sort of mood, so I found another bar, a sticky dive with some people in it, and read the news on my phone over another IPA. I had a brief conversation about Lionel Richie with the guys sitting next to me, then decided to give Alchemy Tavern another try. 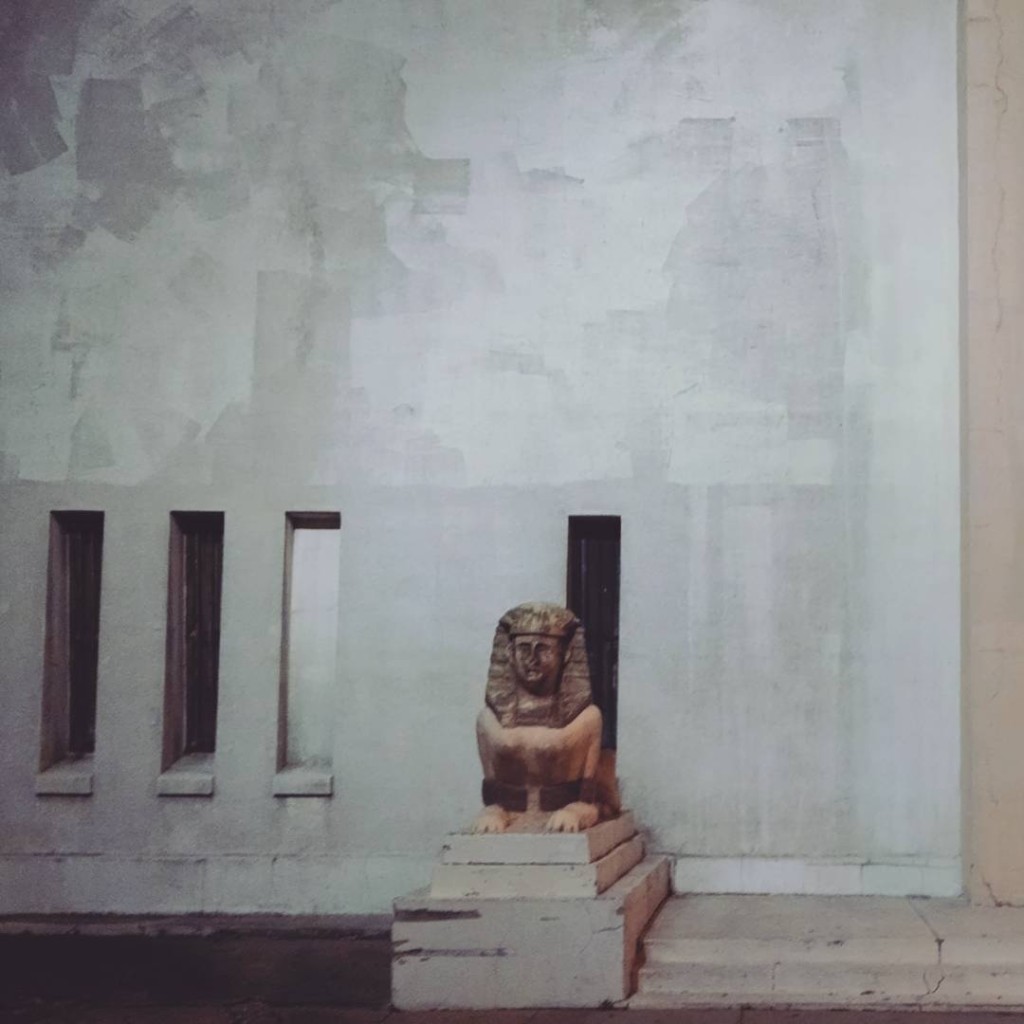 On my walk over, a man standing on my side of the sidewalk called out from a few yards away to tell me not to worry, he wasn’t going to hurt me. By then I had already sized him up and made the decision not to cross the street. When I got closer I mentioned how dead the city seemed. He told me I’d just missed Mardi Gras; Mobile has the oldest celebration in the U.S. and it’s a big deal here. The man was homeless but not obviously so. He shook my hand and asked me for “a few pennies.” I used my standard line, which is that I don’t carry cash. But for all I know he had seen me twenty minutes earlier taking money out of a machine a few feet from where we were standing. I said, “It must be hard for you.” He looked down and said, “Oh, I’m okay,” and I realized he thought I meant being homeless. “No, I mean that no one carries cash anymore,” I said, wanting to know whether it (and people lying about it) affected him. He gave a shrug and I told him to take care.

I feel gross about this exchange now and wish I’d given him a few bucks.

Alchemy Tavern was busy by the time I returned, even though barely half an hour had passed. A bearded Brooklynesque bartender wearing an off-white henley, houndstooth vest, and newsboy cap approached and said, “Hello, dear. What can I get you?” Like nearly everyone in the bar he was at least ten years younger than me.

It turned out to be trivia night. I was psyched, and all set to go it alone — after three beers I was pretty confident I was going to win single-handedly — but then two guys walked in and another bartender suggested we team up. 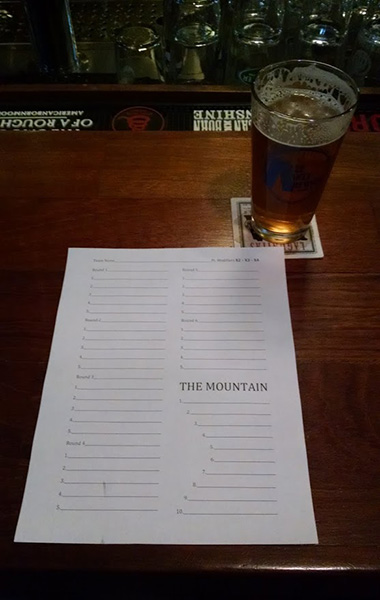 The guys were engineers with the navy, likable nerds who were surprisingly bad at trivia, though they did get a few answers I wouldn’t have. But I also ceded some of my own right answers to their wrong ones, so I’m not sure I would have done worse without them.

It was a great time. We came in fourth place, and we might have won if we’d been regulars and had a better grasp of the rules.

The guys left as soon as trivia ended, but I wasn’t quite ready to call it a night, so I ordered a Macallan, the Scotch I stock at home. “Classy lady,” the bartender said. Thanks, I know. It was about half of a New York pour, which was just right for the end of my evening but would have been annoying otherwise.

Then karaoke started up. I watched for a while, deciding early that nothing I’d want to sing would fly with this group of goofy Millennials. I clapped for everyone because I think it’s sad when someone sings and the room is completely silent at the end (ref: Beth’s performance of David Bowie’s “Let’s Dance,” 2005). But often I was the only one clapping. Is that worse? One guy thanked me for my support. 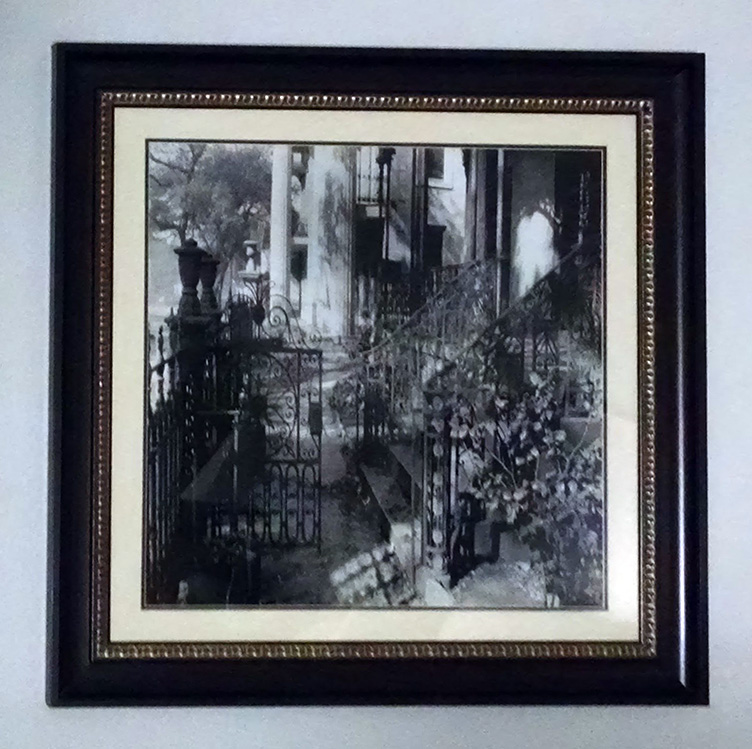 5/10. The piece is kind of interesting, I guess, in that it took me a while to figure out what it was actually of, because all I saw at first were shadowy contrasts. It’s actually easier to parse in this version. I like that it isn’t standard hotel art, but I find it cloying.

3/10. Too many elements have equal weight. It just feels like a mess to me.