Yesterday was a long day—I worked a half day in the office starting at 7 a.m., and it wasn’t an easy schedule. Between fillings, 3 extractions, a crown and a few emergencies, I wondered, ” How am I ever gonna get out of here on time to make my flight?” Somehow, I did, and of course both of my flights were delayed anyway. We got into our hotel late, and I slept poorly, but I was awake by 6 a.m. and had my bike assembled quickly. I met Tim for breakfast at 8, but Brian never came down… Tim and both knew that meant trouble. We knocked on his door to see if we could help him get his bike together. He opened his door with shorts on, but no shirt. His chest and belly were smudged generously with grease stains and his fingers were black. He made a grave proclamation about committing bike murder. The three of us figured out the problems, brought the bike back to life, and Brian cleaned himself up. After a stop at the bike shop for spare tires and a trip to Walmart for Gatorade, beer, and snacks, we hit the road by 11:30. The ride through the rest of El Paso was not bad at all. We were able to get on the North Loop Rd. East easily from our hotel near the airport, and even though it has four lanes, it felt very safe: there were bike lanes and nice shoulders most of the way and the road surface was smooth. The drivers are extremely courteous in this part of the country. At the first traffic stop I picked up 2 pennies. Whenever I see loose change on the street, I think it’s going to be a good day. I did get the first flat tire of the whole trip, but with teamwork, the three of us were back riding in 20 minutes. The route out of El Paso follows The Don Juan Ornate Mission Trail. We passed through several small towns including Socorro, San Elizario, Fabens, Clint, and Acalo. A nice tailwind helped shove us along, and we made it to Fort Hancock by 3 p.m. The tall, metal border fence was visible for some of ride, as we were only about 1 mile away from Mexico for most of the day. Pecan Orchards, rows of cotton, fields of corn and alfalfa were prevalent. It was a very flat ride, too. Some of these pictures are from Google images because Brian was setting such a fast pace with the nice tailwind that we only took one break the entire ride. I’m still waiting to see my first armadillo and javelina. 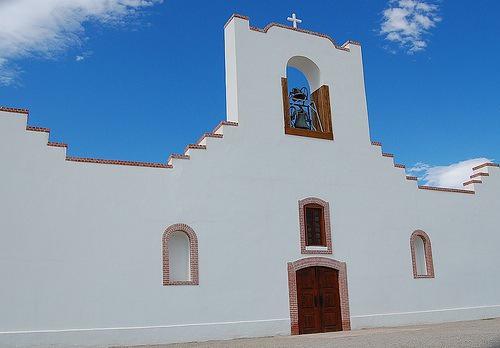 The mission church in Socorro, TX 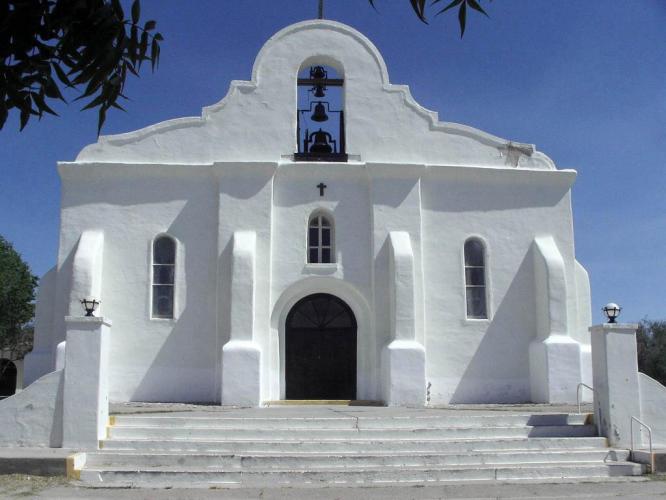 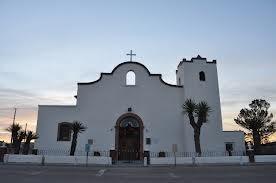 This is the one in Fort Hancock, TX 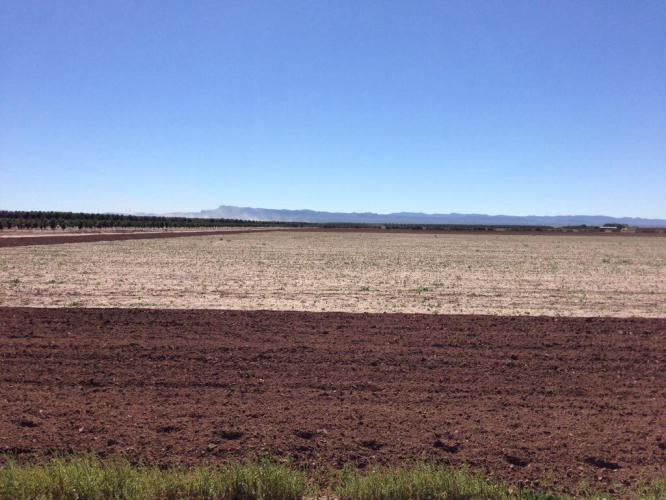 The mountains are across the border in Mexico 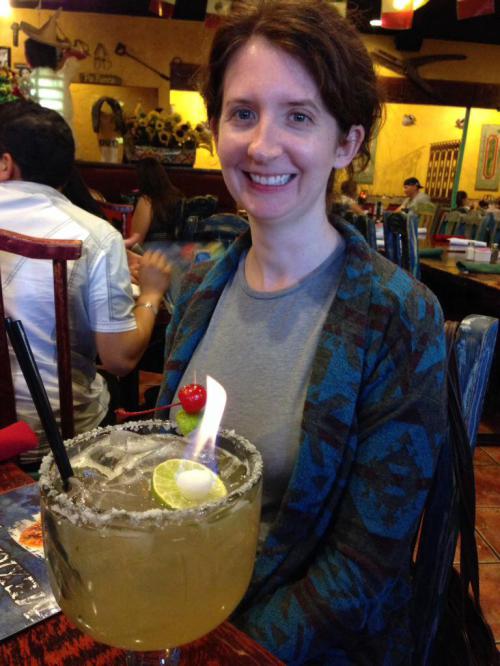 A flaming margarita at dinner 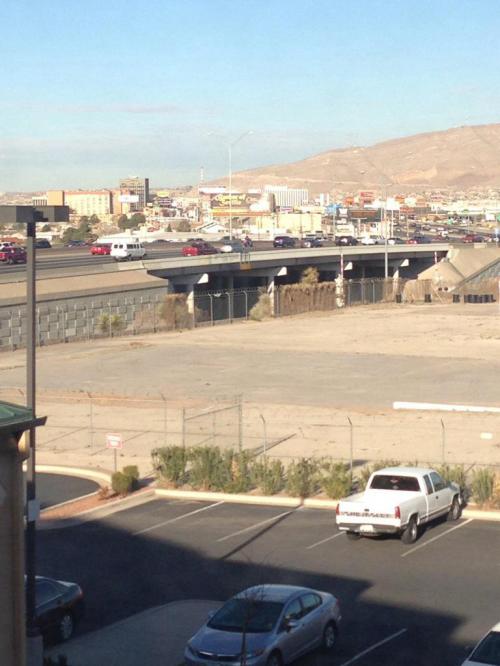 I-10 in El Paso as seen from the hotel window. Did you know that El Paso is the safest city in the United States! Yes, it’s true.