Tour of the Loire River Valley: Nantes to Saumur

On day 1 we went from Nantes to Pellerin and back, for a total of 58 kilometers.  We’re using rented bikes this time, and except for hard seats, the bikes are perfect! In the evening we went out to dinner, which was excellent! 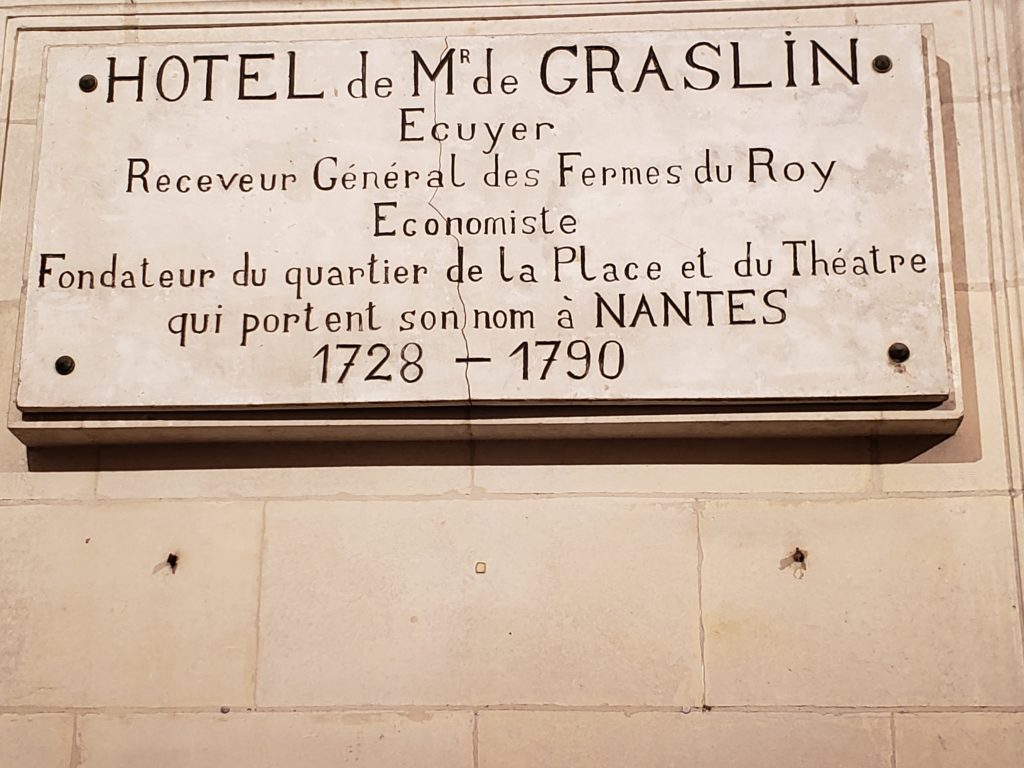 Our hotel might be older than the U.S., but the rooms were nice and the breakfast was great! 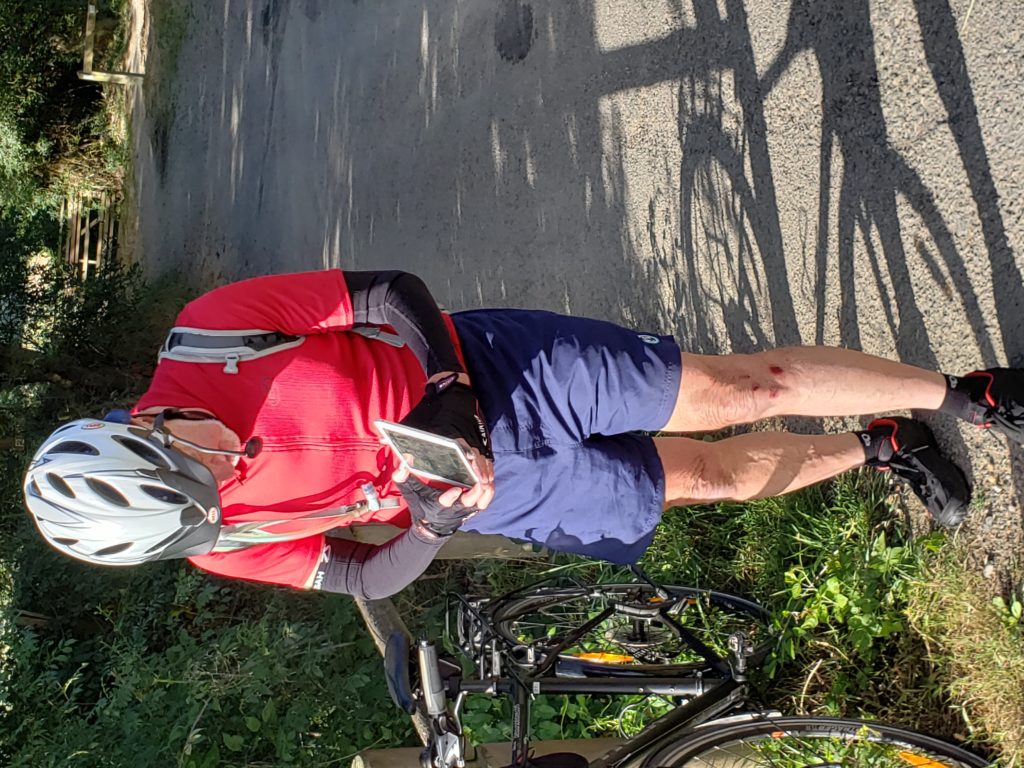 Tim taking a picture of his scraped knee.

We had falls at the beginning and at the end of our ride, by Tim and me, respectively. But we’re ok. 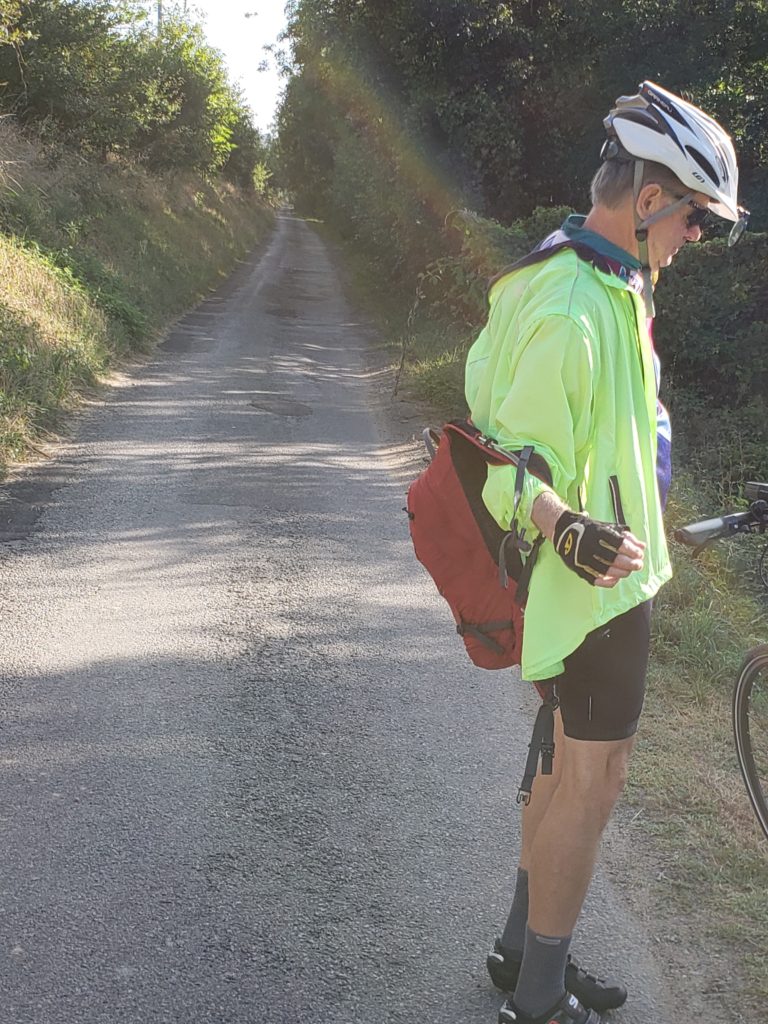 Mark by the road on the way to Angers. 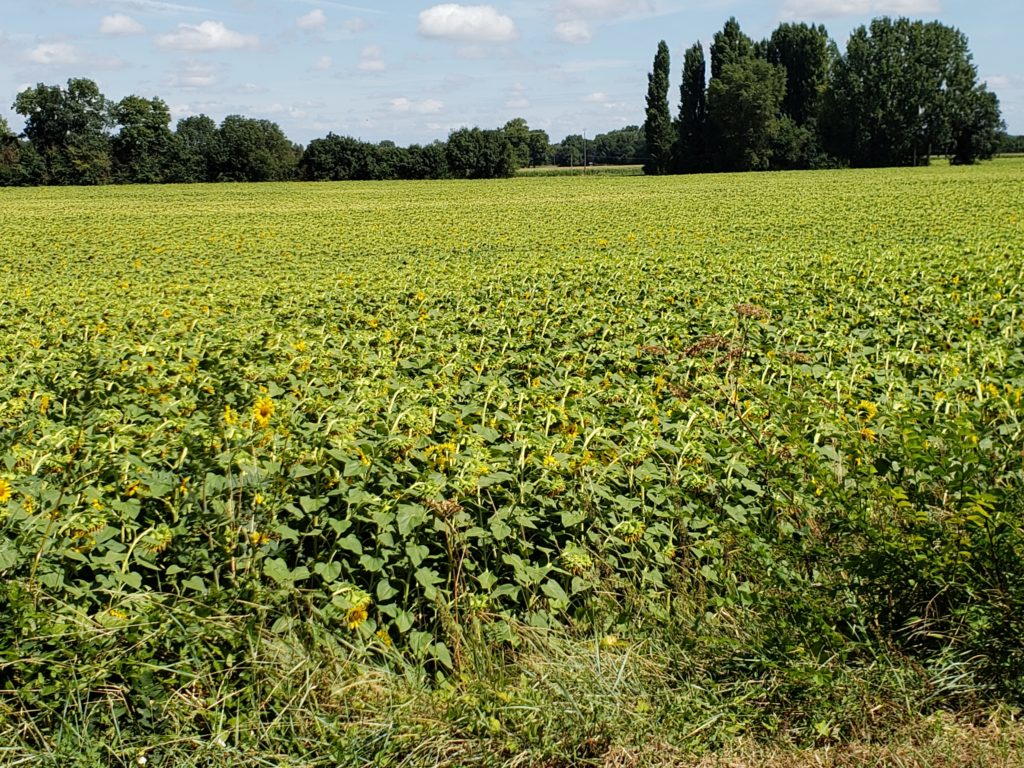 Sunflowers growing in a field on the way from Nantes to Angers. 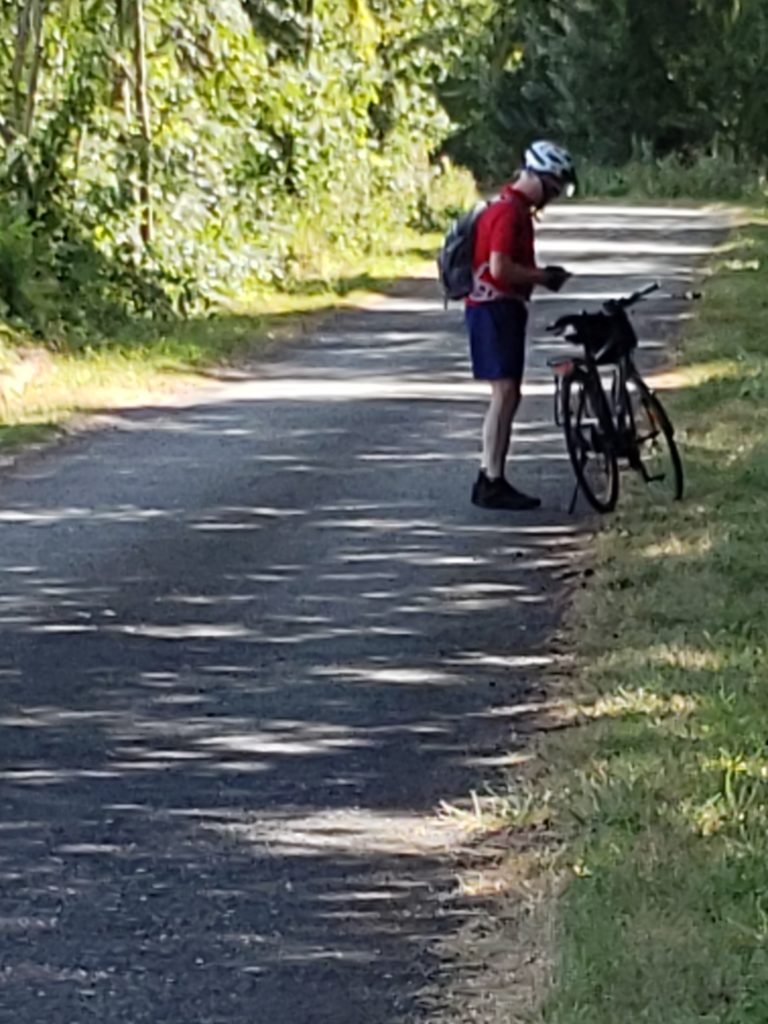 Another picture on the way to Angers.

After the 110 kilometers ride, today was a relatively easier ride of only 52 kilometers from Angers to Saumur.  Some of the roads were pretty rough, made of stones and/or gravel. But overall it was a good ride. We left our Angers hotel at 9:30 a.m. and made it to Saumur by shortly after 1 p.m.  Here are some photos of today’s ride. 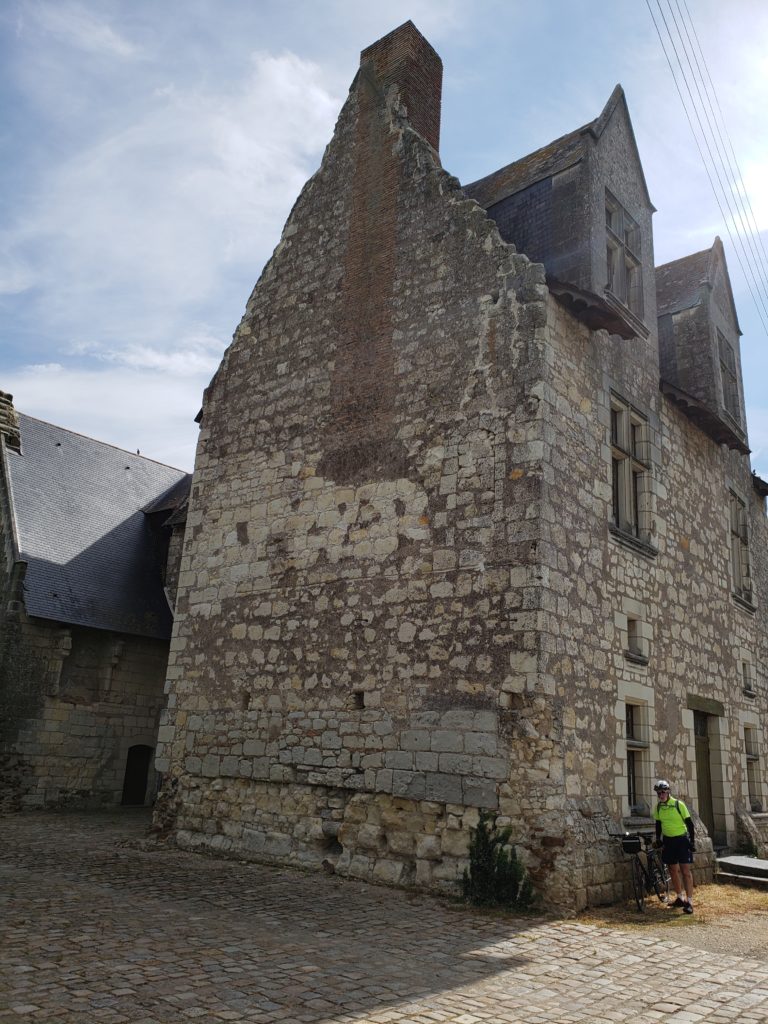 An old chateau on the way to Saumur. 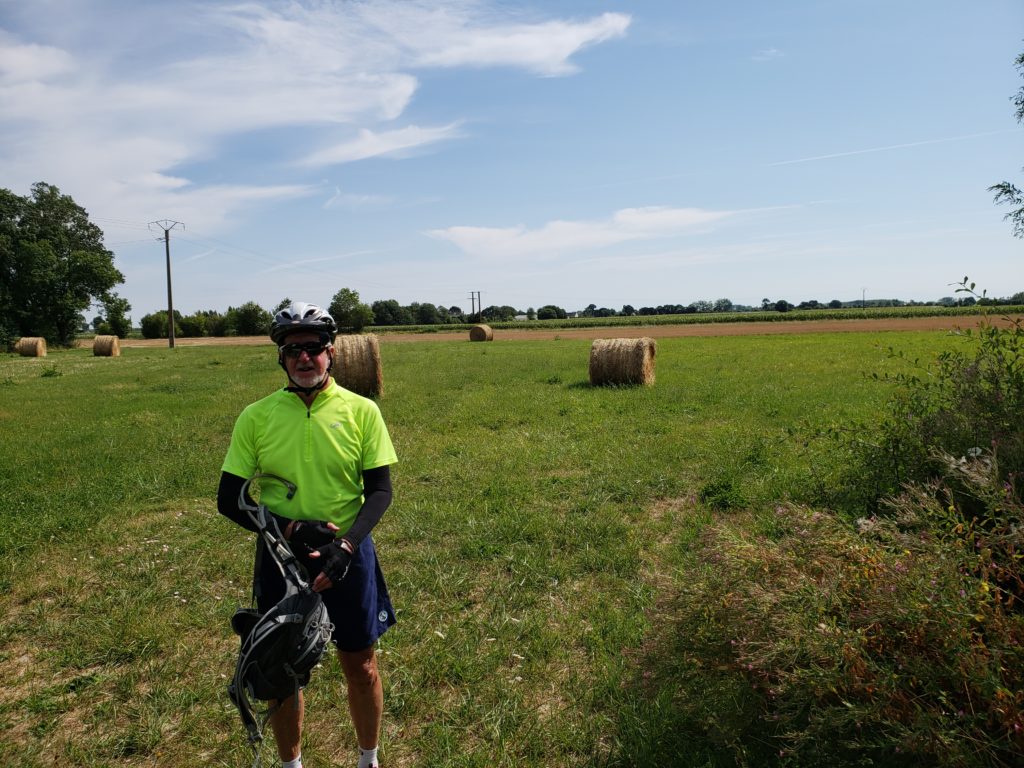 Tim standing in a field with rolled up hay bales. 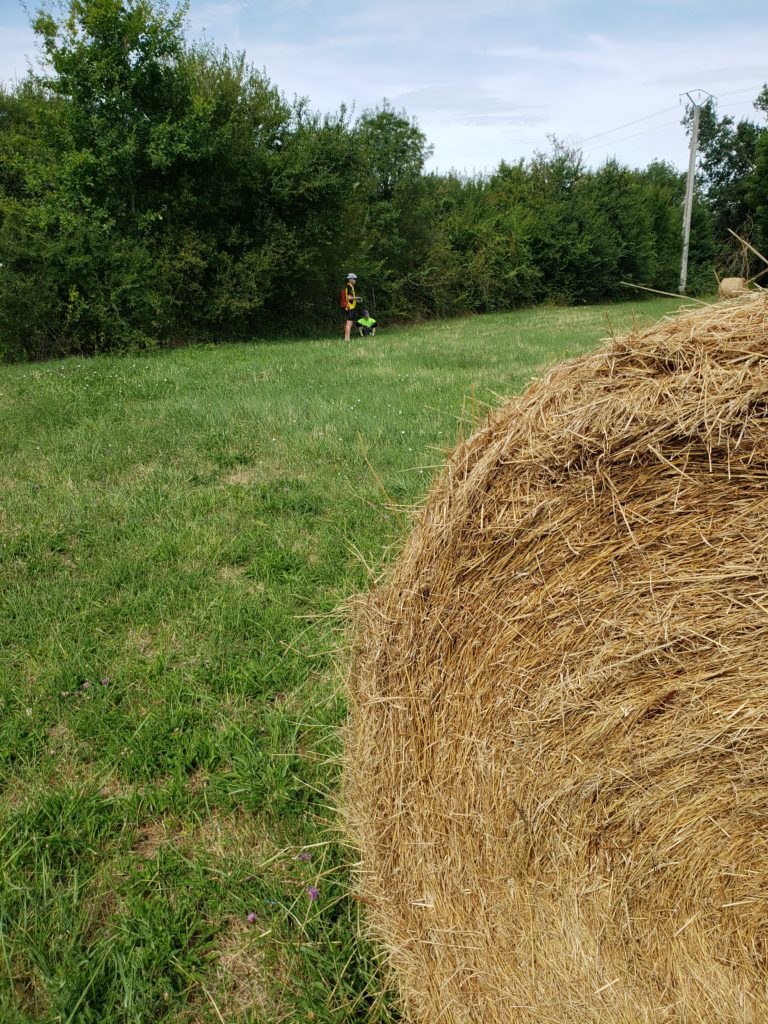 Another haystack with Tim and Mark in the far background.

After an excellent lunch at the cafe in our hotel, followed by a nice hot shower, Beth, Mark and I went for a walk. We visited the Catholic church in Centre Ville Saumur and then walked up to the Chateau de Saumur, which is being renovated. After getting another 4,000 steps (still not enough to catch Tim 🙁 ), we had beers in an outdoor courtyard cafe in Saumur, and then went back to the hotel for a nice nap. Dinner wasn’t great but afterwards we went back to our hotel for coffee and blogging.

Tomorrow we head to Tours with a stop at Villany, which looks really cool. We’re planning on meeting up with Beth there around noon.