Mark wants Tim and me to describe the day’s ride, which I totally understand because we’re all exhausted and really just want to go to sleep.  It was an 84 mile day that took a few minutes longer than yesterday’s 89 miles.  It felt colder than yesterday and the wind was unrelenting.  Plus there were the dogs!  It seemed they were just waiting for us to ride by so they could chase us. 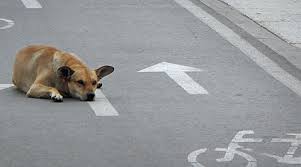 It felt as though the dogs were just waiting for us to ride by so they can could enjoy chasing us! 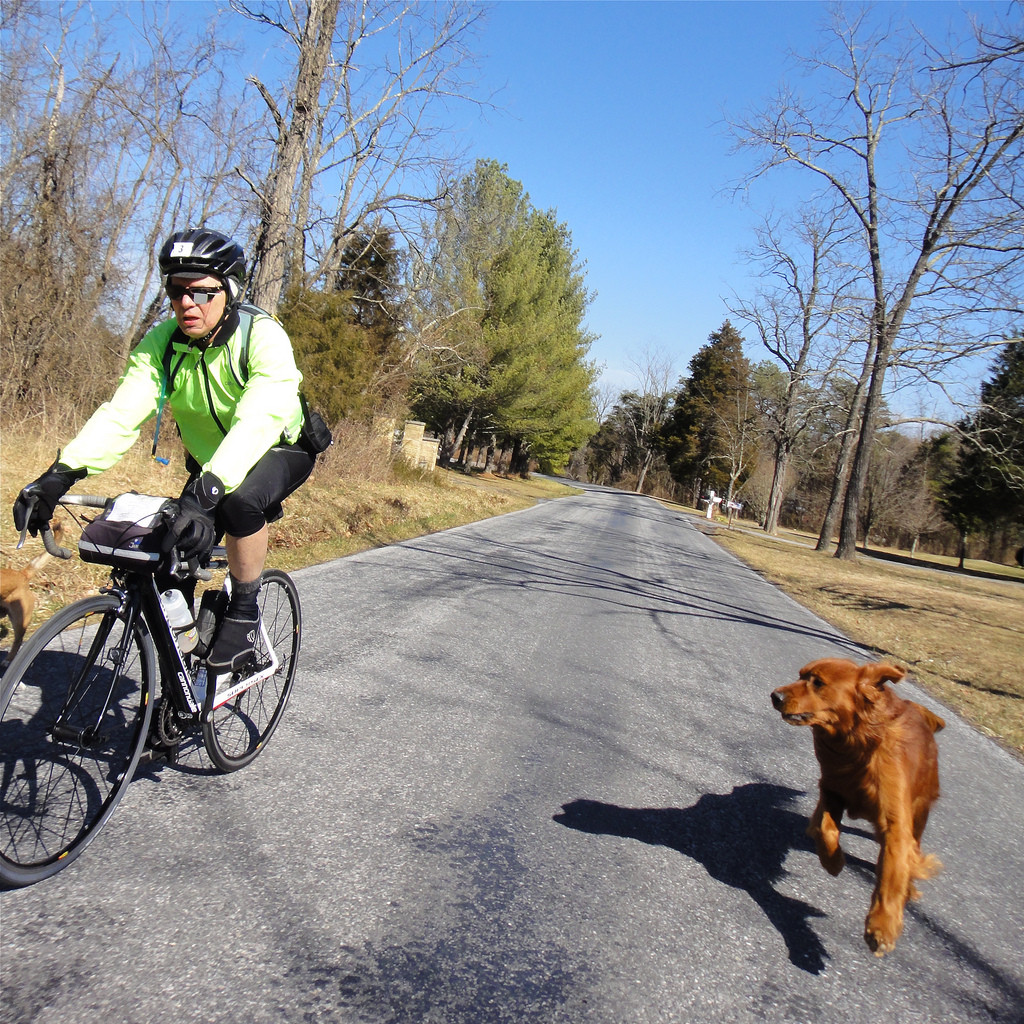 We got chased 6 or 8 times today. After a while I gave up trying to outrun them – you can’t! According to Mark, a young dog can run 25 mph, which is really hard for us to do, especially riding into the wind. 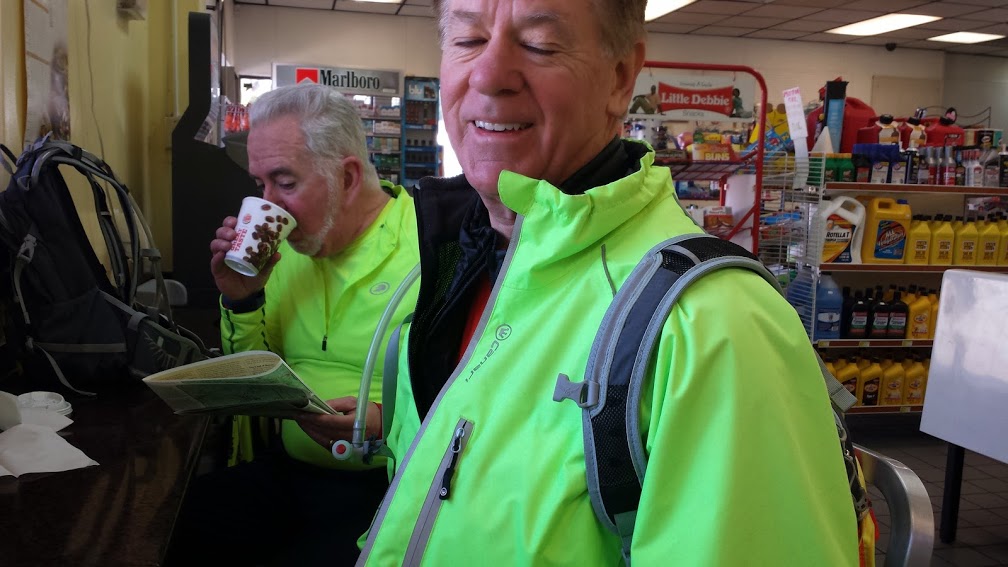 Mark and Tim at Burger King in Buna, TX, our first rest stop of the day. We each had a breakfast sandwich and a nice, hot coffee! 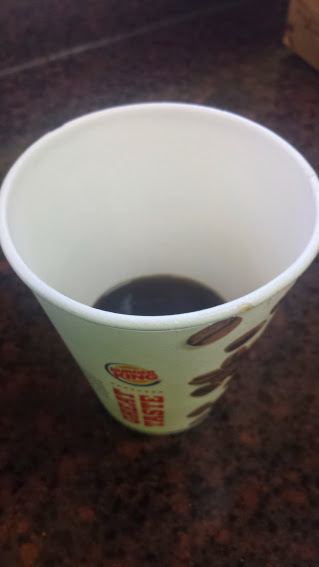 Hot black coffee! I almost never drink my coffee without at least a little half & half in it. but these last two days in the cold riding weather have made me crave piping hot black coffee! 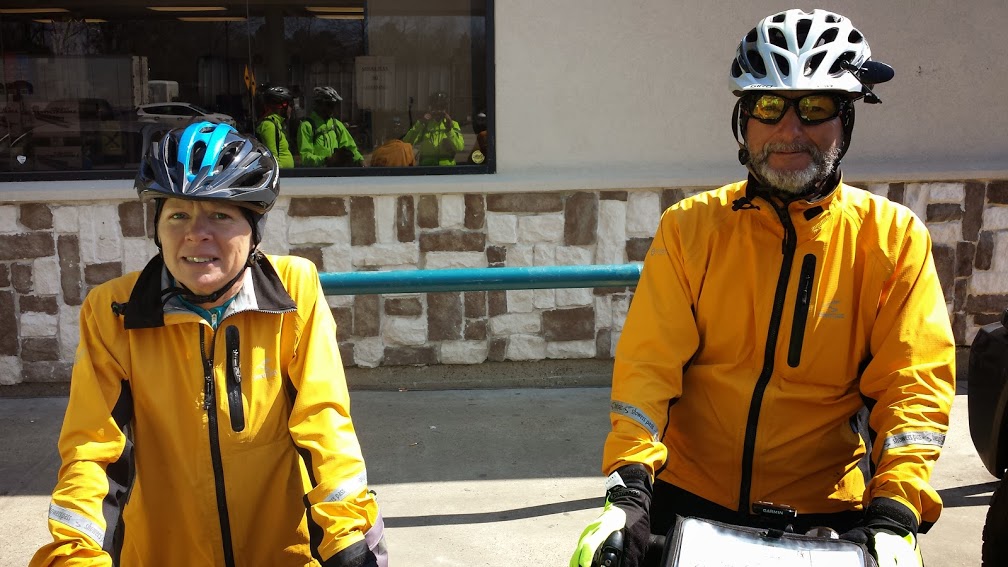 By noon we had make it to Kirbyville, TX. There we met Jacqueline and Ralph Winter, who are from Ontario, Canada and having been traveling by bike (England, Ireland, New Zealand, Cuba) for the last 14 months! 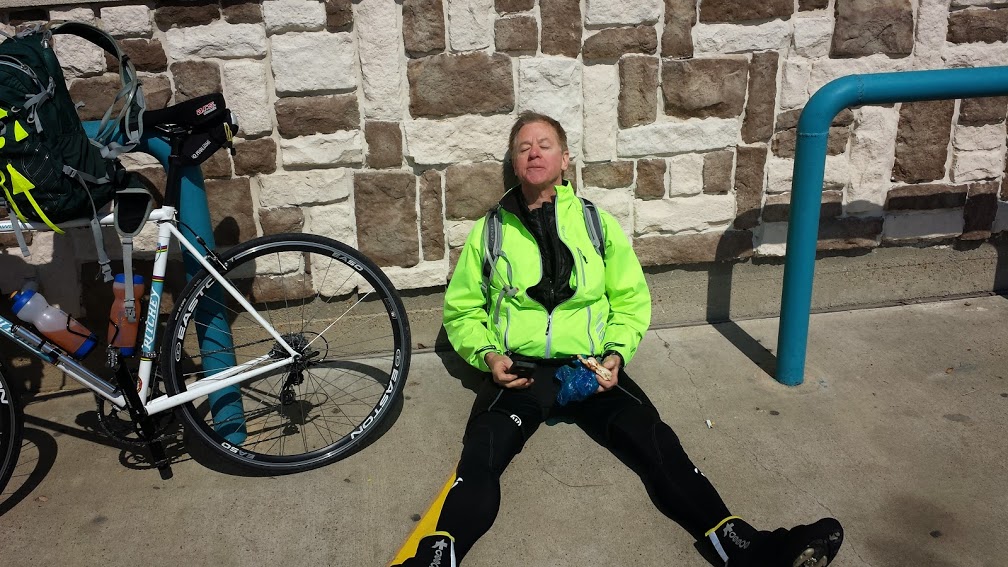 Mark basking in the windless sun in Kirbyville, TX 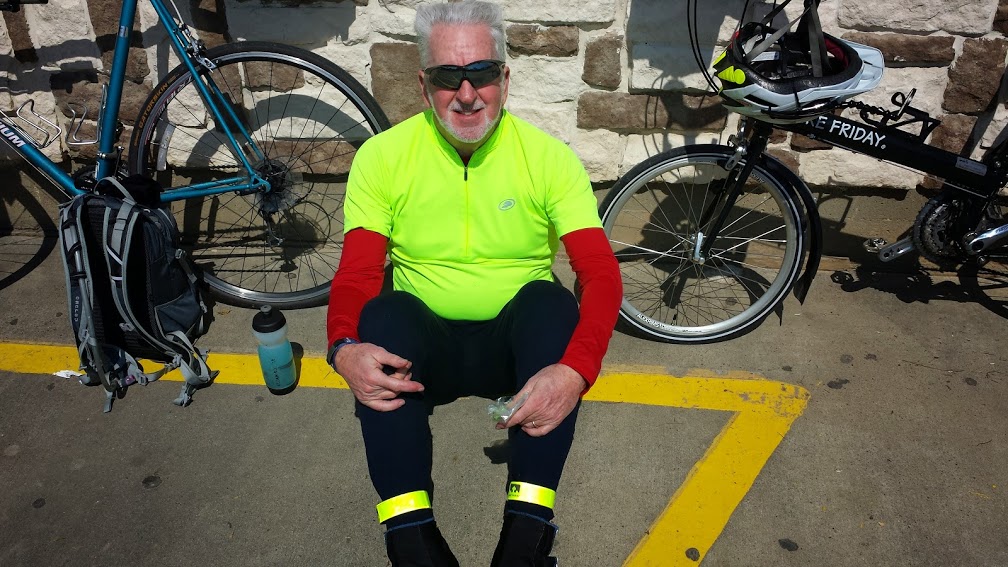 Tim savoring the sun at lunch in Kirbyville, TX 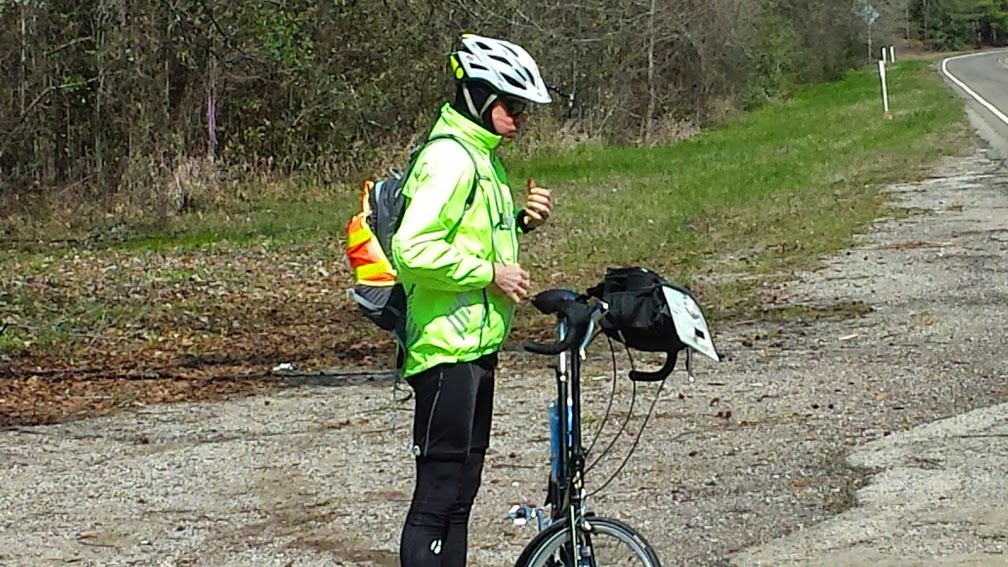 Mark having a snack near Bleakwood, TX. We stop about every 10 miles or so, especially in the afternoons when we start to get tired. At every stop we’re eating and drinking, because we really need to nourishment. 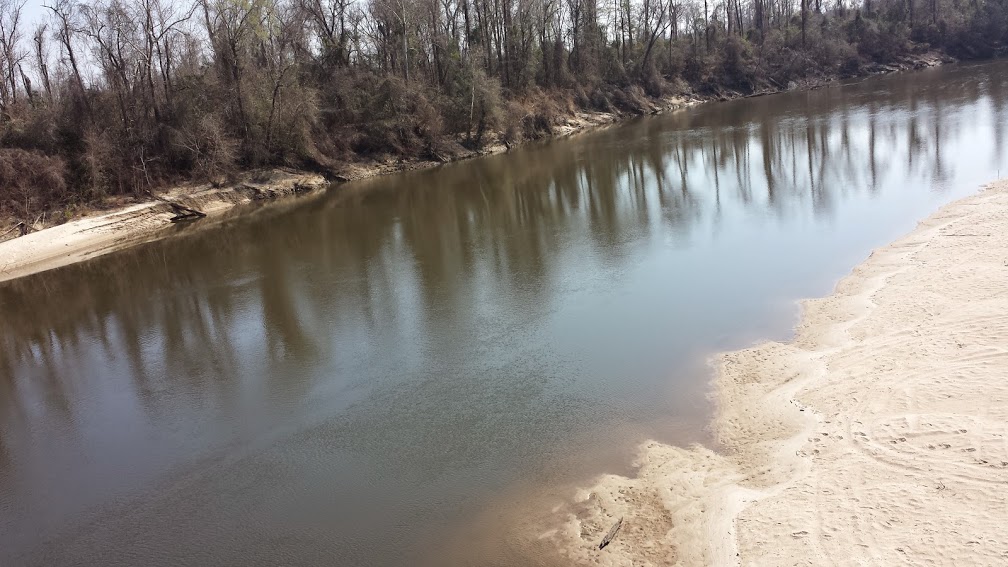 Photo of the Sabine River on the border of Texas and Louisiana. 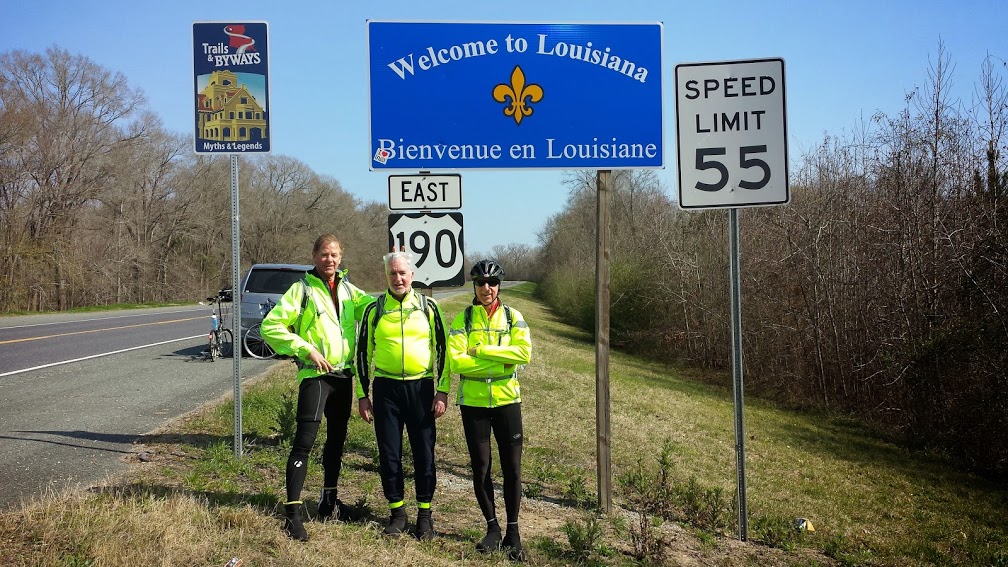 The Brothers at the border of Louisiana. After having ridden in Texas for part of Leg2, all of Legs 3 and 4, and again for part of Leg 5, we finally made it to a new state!

We were about 25 miles from our hotel at this point, and they were very tough miles!  Tomorrow we’re supposed to ride 75 miles to Ville Platte, LA.  I’m betting it turns out to be closer to 80 miles, but maybe it will be warmer – that would really be nice!