This may also become known as the Beth Has Too Much Work So She Can’t Really Blog edition.

Calm down, it’s okay. We’ll get through this together, somehow. Maybe with little airport bottles of wine from Kroger and lazier prose. See below.

The northeast has been holy-#$%* cold this winter. Yesterday morning it was seven degrees as I stood waiting for my overly solicitous Uber driver. It’s gotten to the point where anything over 25 feels warm. “Oh, it’s nice out, it’s just below freezing,” is a sentence I’ve said in seriousness many times this month. 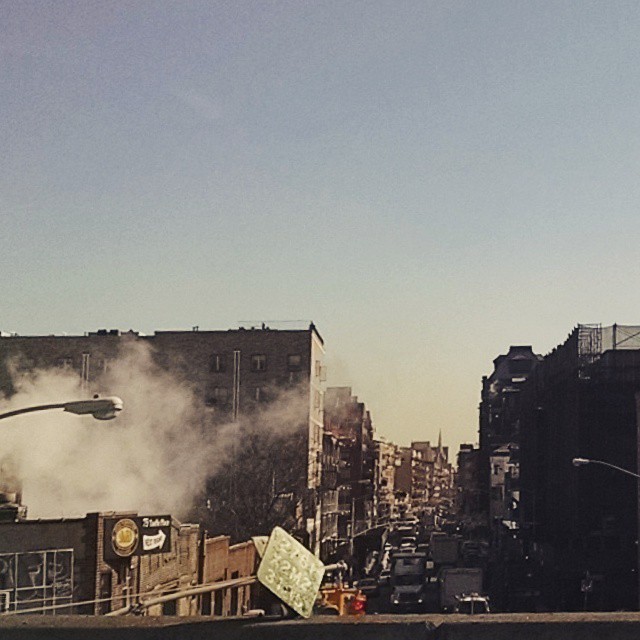 The cold, gritty streets of New York City, on the way to La Guardia

So I was looking forward to 45-degree Texas weather. But you know what, it feels really cold here, too! It’s a different, wetter cold. “It gets into your bones,” the clerk at the grocery store told me earlier today, and he is right.

At the airport, I had a conversation about my clogs with a lady in the restroom (Her: “I haven’t seen clogs in a while” / Me: “I think they’re coming back” / chatter about virtues of clogs), bought lunch for the plane which I couldn’t resist eating while I waited, then hustled to make it to a gate change in a lamer part of the airport.

I am only going to eat lunch that comes in little rolled-up pieces on this trip. This was a very OTG experience.

Band name I came up with on the flight: Airplane Mode.

I deplaned in Houston at the same gate from which I’d flown home in October, and it felt like I was moving back through time, undoing my steps. It’s stranger to visit a place just twice instead of just once; you only begin to penetrate whatever facade it struck you with the first time, so it leaves you in limbo, the romance lost but the deeper knowledge ungained.

Still, we did Navasota so much better the second time around, staying at the pretty nice Comfort Inn with its chocolate chip cookies and having dinner at La Casita, the one good restaurant in town. 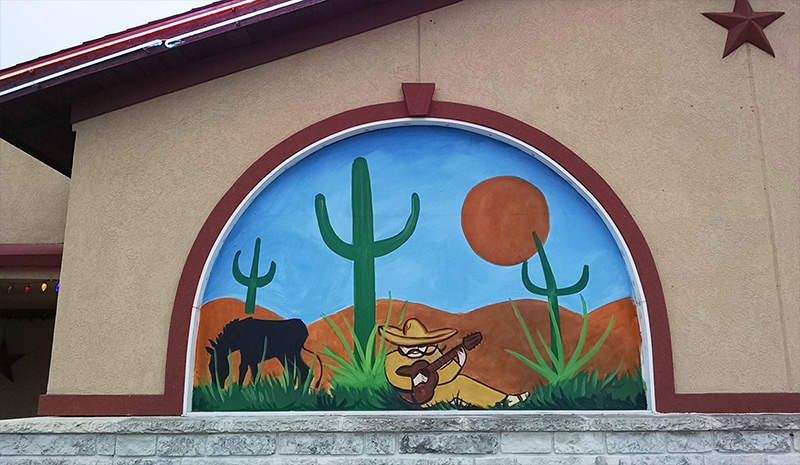 After dinner, Dad put his bike together faster than ever because he was relaxed, and everything is easy when you’re relaxed.

We got an early start on Wednesday, leaving at 6:30 to pick up Tim and Mark in Houston. It rained for most of what turned out to be almost four hours of driving. But Tim confidently told us that the rain would be gone by noon, and it was. 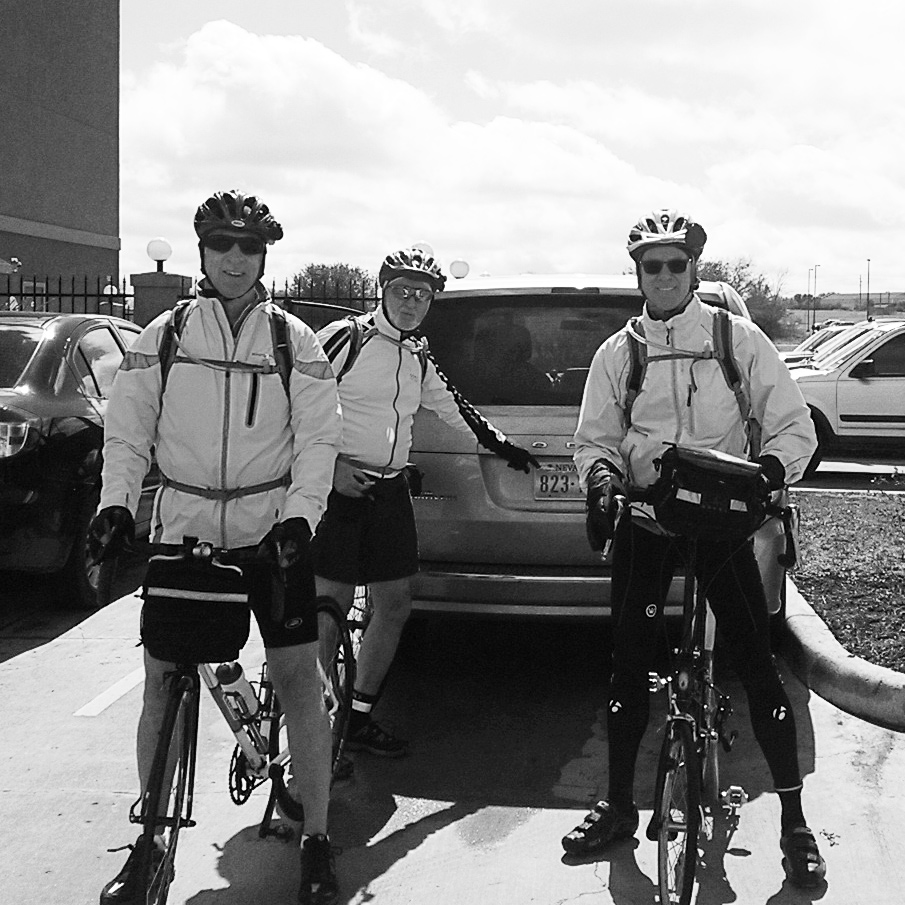 Departing for Conroe under sunny skies. Tim points out our Nevada license plate.

I got to Conroe, a pleasant little town, a little after 1, and went to the grocery store to pick up snacks for the guys and lunch for myself. 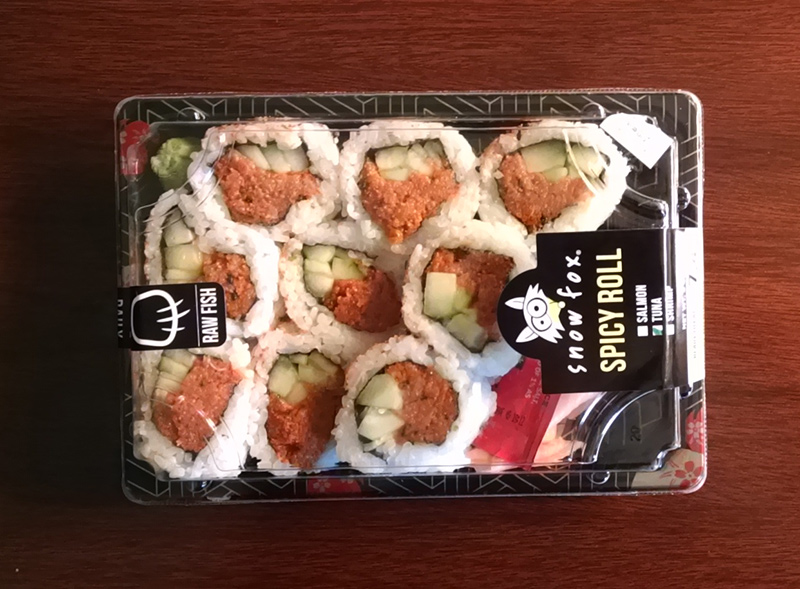 You thought I was kidding about the little rolled-up pieces.

I don’t recommend making meal choices for the sake of a weak punchline.

The guys arrived just before 3, warmed up with showers (or a bath, in Mark’s case) and came to my room for snacks. Tim and I planned tomorrow’s route, then we all walked across the street for an early dinner to the Texas Roadhouse, which was bizarrely packed at 4:30 on a Wednesday. 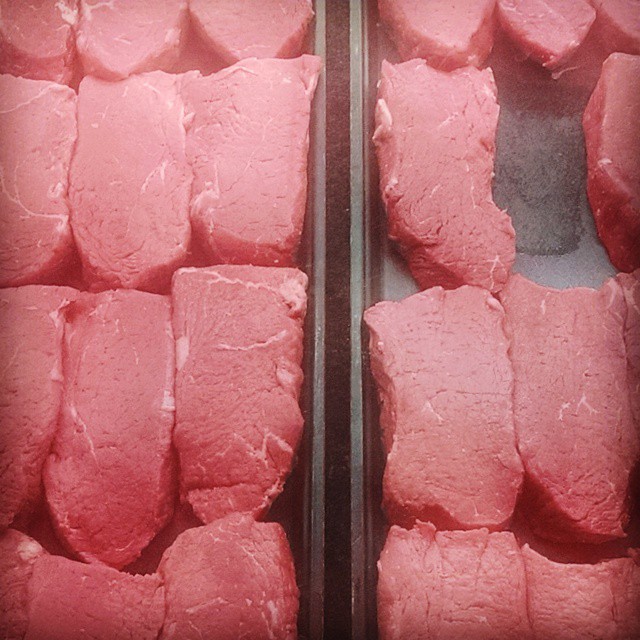 Dad and I took an after-dinner detour to the Kroger to pick up a seltzer, some chocolates, and heck, why not, a four-pack of tiny bottles of Woodbridge Cabernet. Then we each retired to our rooms to write. And here I am, my mini-bottle long ago finished.

This year’s minivan is silver. He’s been through a lot, with over 61,000 miles and some dents to his side. He is male; I’m feeling that pretty strongly. Write in other names as you like, please. 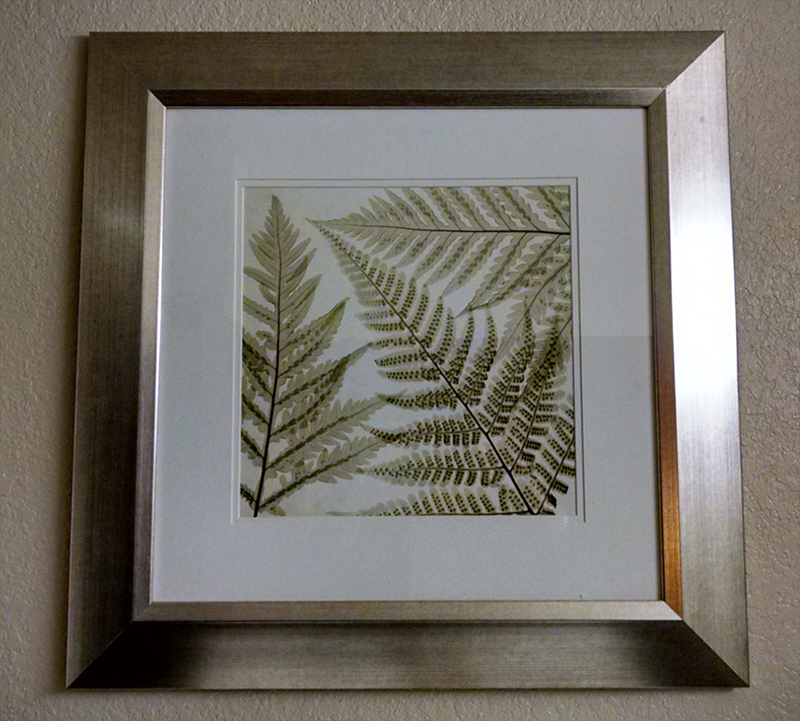 5/10. It’s pretty bland, but I find those two tips touching each other humorous. The unusual composition is the best part; the fronds themselves aren’t that fun to look at. I think this might have been made in Adobe Illustrator.

The piece is part of a leafy branding campaign by Comfort Inn, echoed in the shower curtain and other art and maybe in the linens, I can’t remember. It’s not a bad direction to go — it’s certainly less offensive than La Quinta’s weird circles. Leaves have soothing shapes.

3/10. I was going to give it a 2 but it gets an extra point for having a personality behind it.