Final thoughts and reflections on L3

There are many things I want to remember on L3, so I thought I’d write them down and share them.

The U.S. Government shutdown and its local effect on Big Bear National Park and the Fort Davis National Historic Site.  Beth especially has discussed this already, so I don’t need to discuss this any further.

The University of Texas vs The University of Oklahoma football rivalry and the big game that would be happening as we flew home on Saturday.  This was a welcome reprieve from the constant news reports about the children masquerading as elected officials in Washington, DC.  Oops! I said I wasn’t going to discuss this any further, didn’t I?

The Denver Broncos versus the Dallas Cowboys football game on Sunday afternoon and evening, October 6.  Actually, we were really only aware of this because the restaurant bar in Marathon had the game on that day, and it was pretty hard to ignore.

The night sky everywhere outside of El Paso, but we particularly noticed it in Marathon, TX.  You really can’t appreciate how many bright stars and planets there are up there, until you spend some time in a remote place.

The speed limit on the two-lane (one in each direction) on US 90 is West Texas.  It’s a Texas chip seal surface, but in many places along this route the speed limit is 75 mph!

The importance of the railroad to the local economy of towns along the railroad line, which runs parallel to US 90 for much of this road.  Alpine is thriving, in part because the railroad decided to use this town as a crew shift location.  When they moved the crew shift location out of Sanderson, it really hurt.  Sanderson’s population is less than 900 people, about 5,000 less than Alpine.  Here is a 1947 photo of Oak Avenue, the main thoroughfare in Sanderson. 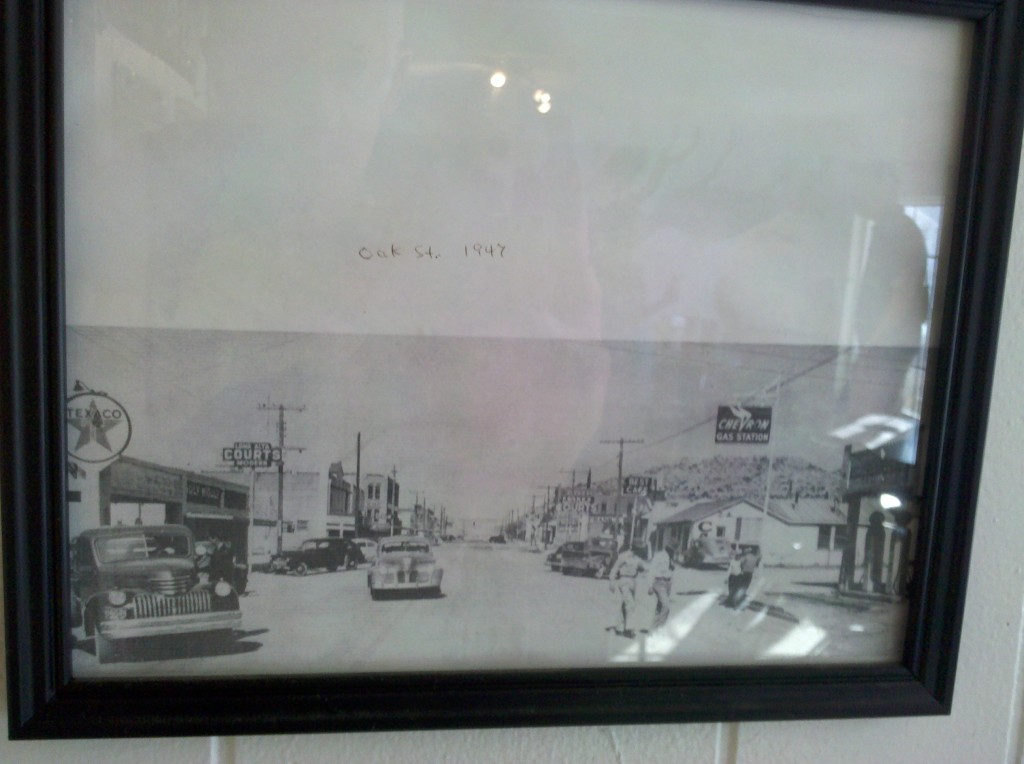 1947 Photo of Oak Street, Sanderson, TX. Today it is a shadow of what it once was back in the 1940’s. Nevertheless, Sanderson still has an elementary and a high school, not to mention a beautiful and apparently relatively new town library!

I’ve mentioned the prevalence of town libraries in the caption above, but I found this aspect of life in West Texas to be very remarkable.  Libraries are really important there, which I think is great!

The awesomely beautiful desert.  Here is a video I took on Day 5 on our way to 10 miles east of Dryden.  The scenic mountains in the middle of the desert are like nothing you can find on the east coast.

Can you stand yet one more picture of prickly pear cacti – I don’t think I’ve shared this particular one yet – I’ve been saving it! 🙂 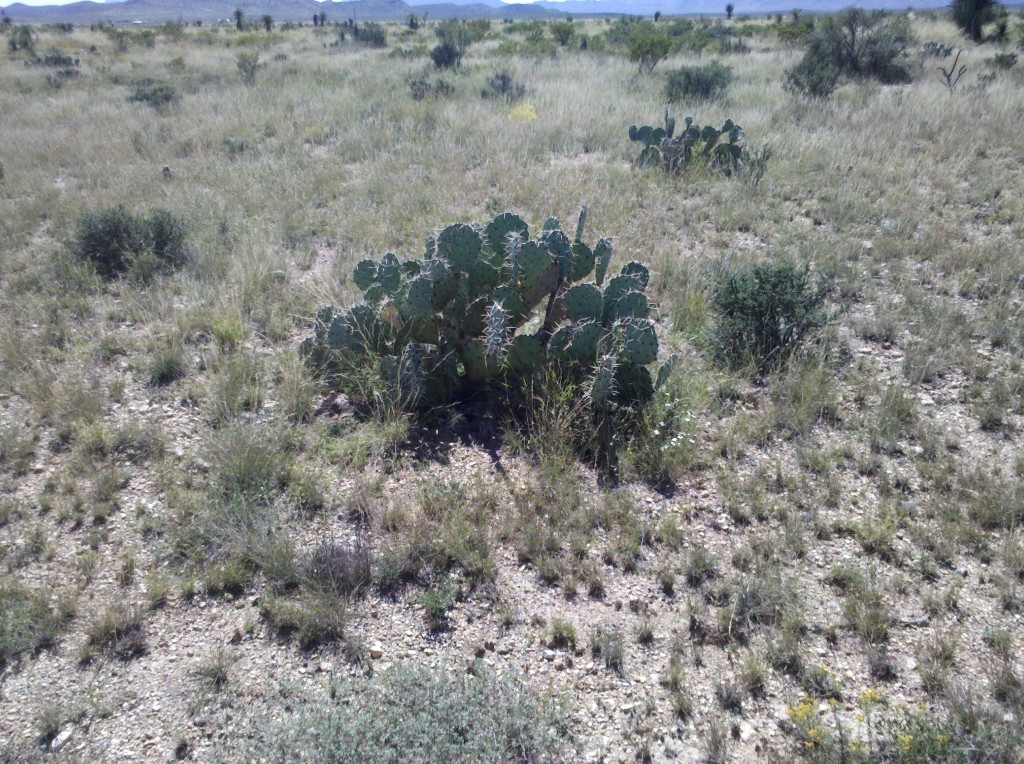 Prickly pear cacti along US 90 between Alpine and Marathon, TX. I don’t think we’re going to see these plants too much or even at all on our future legs across the U.S.

The sudden appearance of humidity on the last two days of riding on L3.  We were soaked with sweat on our return to the Hampton Inn in Del Rio, and that was the first time we’ve experienced that on any of our previous rides.  We were east of the Pecos River and, for the most part, out of the desert, which might explain it.

Some of the Great Things We Experienced on L3

The courtesy of Texas drivers.  They were incredibly patient and even in El Paso, I rarely felt in danger of being hit by a car or a truck.

The friendliness of the people.  Some that come to mind are the lady at the Langtry Visitor Center, the many waitresses that served us in Van Horn, Fort Davis, and Marathon, and especially the U.S. Border Patrol Agents.  Once again our conversations with all of them were relaxed and friendly.  I just wish we could have talked to more locals and for longer lengths of time.

My daughter Beth! For her insightful and entertaining blogs, her reliability, and her warm companionship to all of us!  Thanks Beth!

6 comments on “Final thoughts and reflections on L3”