Today’s ride of 85.5 miles was our longest but not the most difficult.  And we were all in pretty good spirits, joking and teasing each other most of the way, which helped the ride go faster.  At our first unplanned stop, there were cattle grazing by the road, and Mark wanted to get them stampeding; so he whistled and whooped and got them running, kicking up clouds of dust and “sort of” stampeding.  But it was just funny to see that he could be successful in moving them along.

At our next stop, we were paid a couple of visits by a tarantula, and Mark got a few pictures on his first visit.  When he returned, I was able to get this video of him.  I was glad we were on foot and able to move away from him, rather than camping out and never even aware of him until he was crawling all over us.

Outside of these videos, the ride was uneventful and the scenery was very much like anywhere we’ve been on these legs between eastern California and west Texas.  Very desert-like, with mountains off in the distance, and frequent sitings of U.S. Border Patrol vehicles.  We continue to hug the border, so the Border Patrol continues to have a big presence.  We’re staying the night in Sanderson, a town that’s only 16 miles as the crow flies from the border with Mexico.

Here are just a few pictures from today – can you possibly stand a few more pictures of prickly pear cacti? They are everywhere around here! They’re on folk’s lawns, on the sides of mountains, and in rocky gullies where probably nothing else can grow. 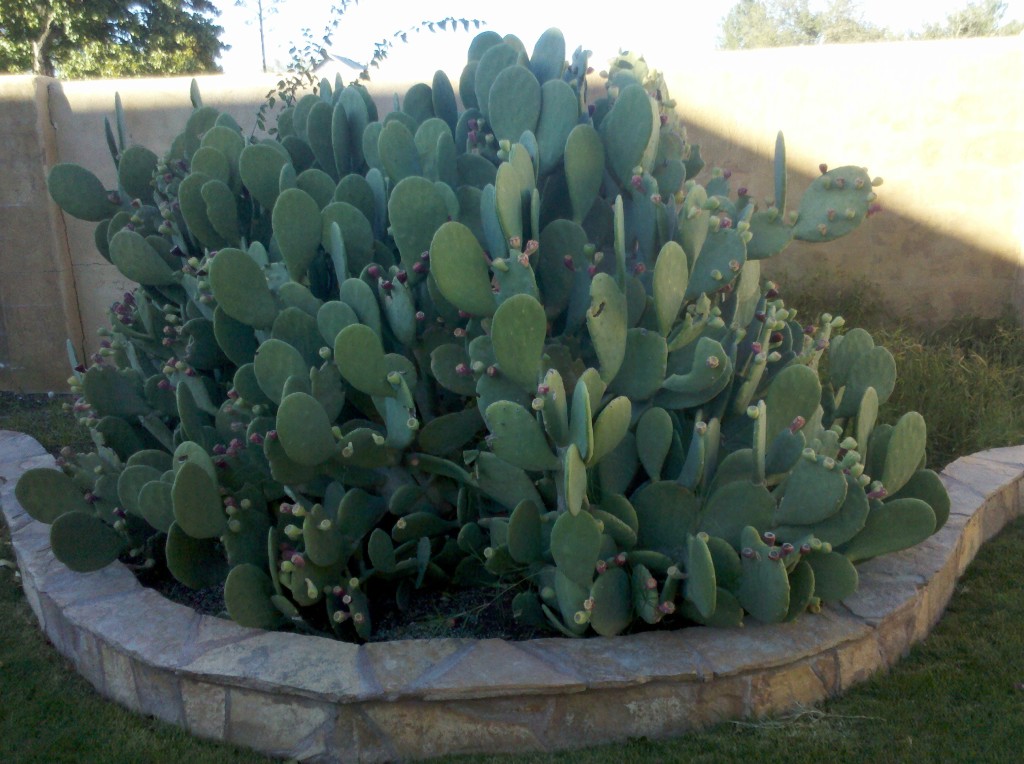 Prickly pear cactus plant in the garden of the Gates Hotel, Marathon, TX. This was one of the more attractive ones I’ve seen on this leg. 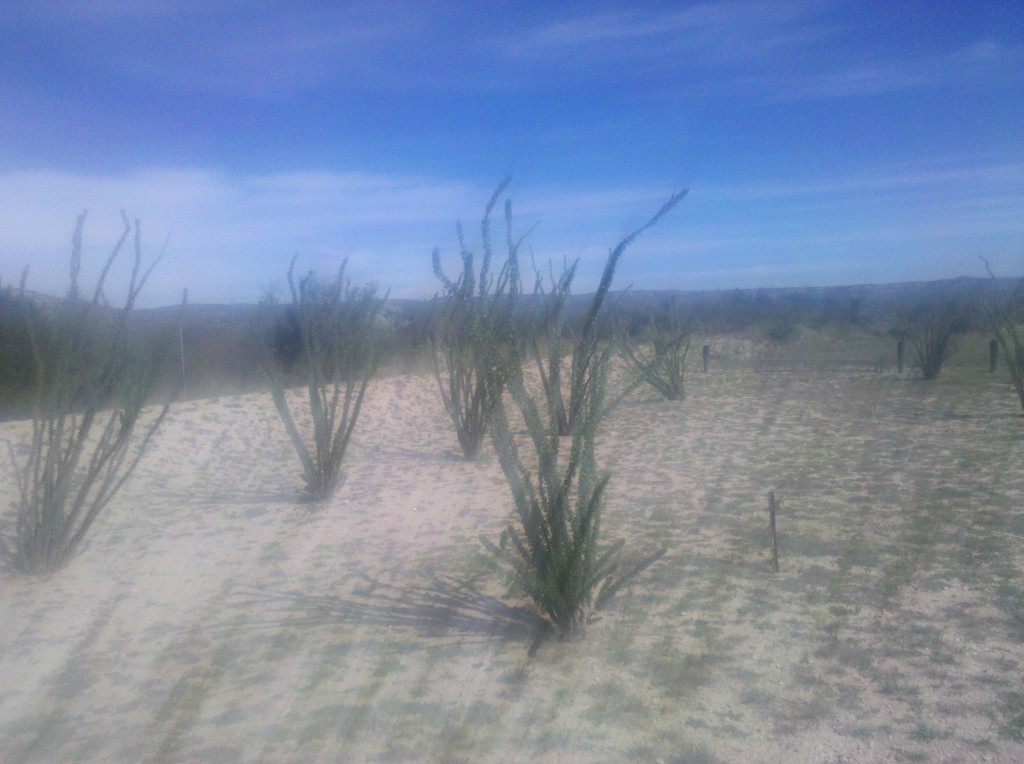 Ocatillio cactus garden on rest stop outside Sanderson, TX along US90. This photo doesn’t do it justice – it was a very pretty cactus garden. 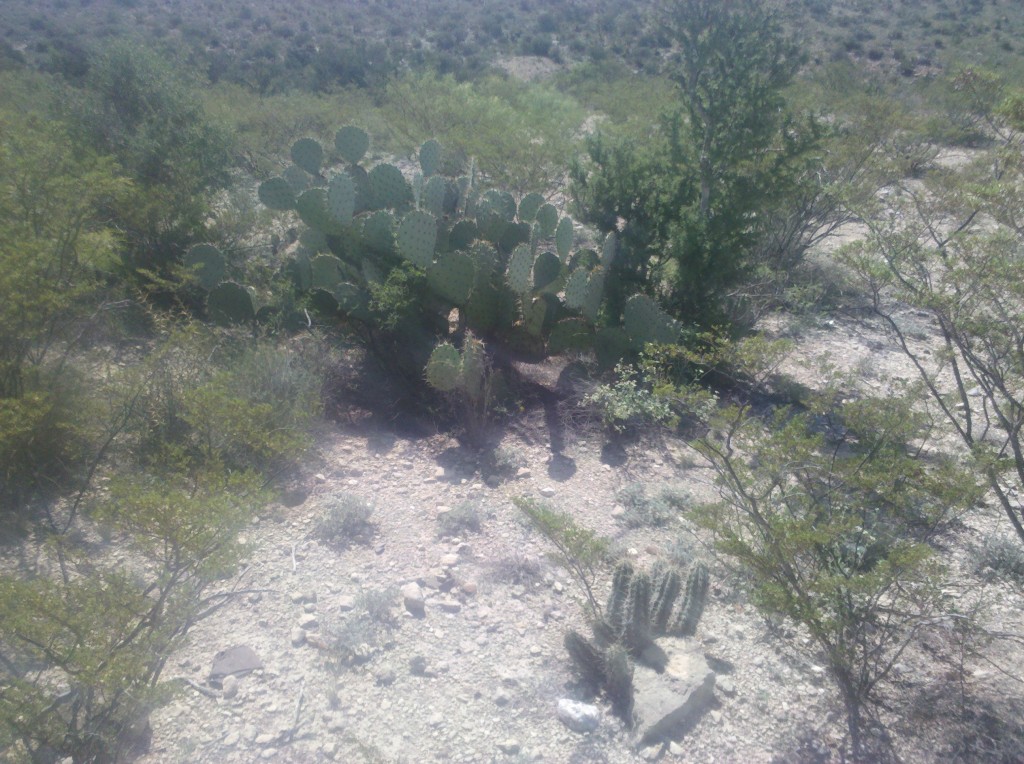 Prickly pear and baby barrel cactus along US90 near Dryden, TX. This was one of our last rest stops of the day.

After passing through Sanderson, we continued on and got “bonus miles” to make Wednesday’s ride shorter.  Tomorrow we’re riding to Del Rio, which is about 115 miles or so from Sanderson.  We rode another 30 miles past Sanderson, riding through a real ghost town named Dryden, TX, which maybe has a few dozen people living there, although I really don’t know why.

Then a little after 3:45pm, Beth pulled up in her Chevy Silverado pickup truck, and we loaded up the truck with our bikes and then drove 30 miles back to Sanderson.  We showered, had a few bears and snacks, and then found a burger joint for a filling, if not exactly scrumptious, dinner.  After completing this blog, I’ll retire for the night.  We have another long ride ahead of us tomorrow.