Fort Davis to Marathon, TX: A little detour but worth it

Since we have Beth’s limousine and bicycle taxi service at our disposal, we decided to get dropped off in Fort Davis instead of back in Marfa, and ride from there to Alpine, TX, and on to Marathon. The distance is the same, and we wanted to see at least some of the Davis Mountains if we could. It was a good decision. The ride to Alpine was downhill and beautiful. The starting temp was about 50 degrees, and winds were not a factor. Once we were back on Rt. 90, the riding was very similar to what we experienced on the way to Marfa. Tonight we are staying in The Gage Hotel again. Actually, we are in a house run by the hotel, which is about a block away. It’s called the Captain Albion Sheperd House. He was the surveyor who started the town of Marathon in the late 19th century and this was his house. The Gage Hotel bought it and restored it and we are the first guests to occupy it. 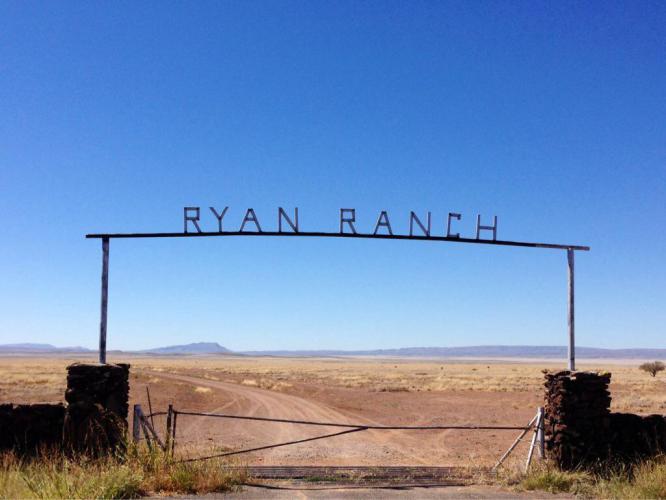 Many of the ranch entrances have ornate signs like this. 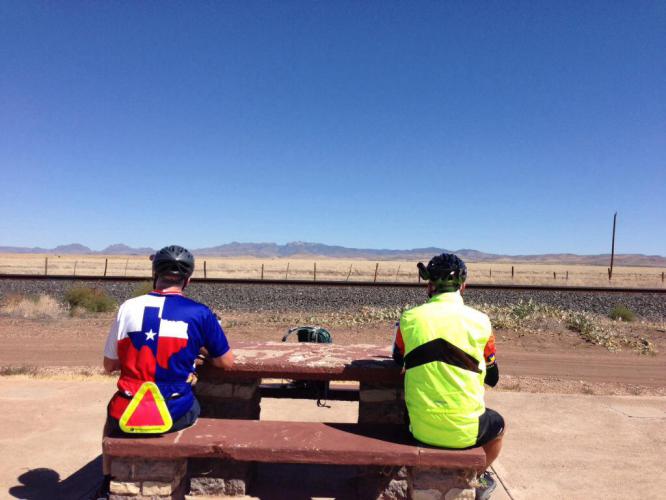 Tim and Brian looking at the Davis Mountains in the distance. 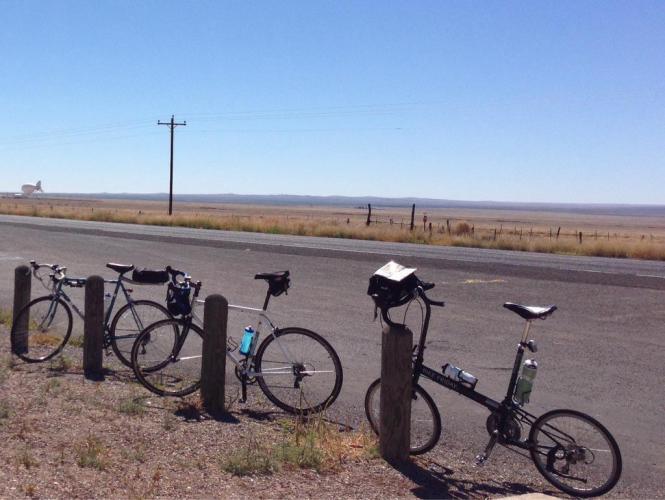 Sometimes the bikes need a rest, too. 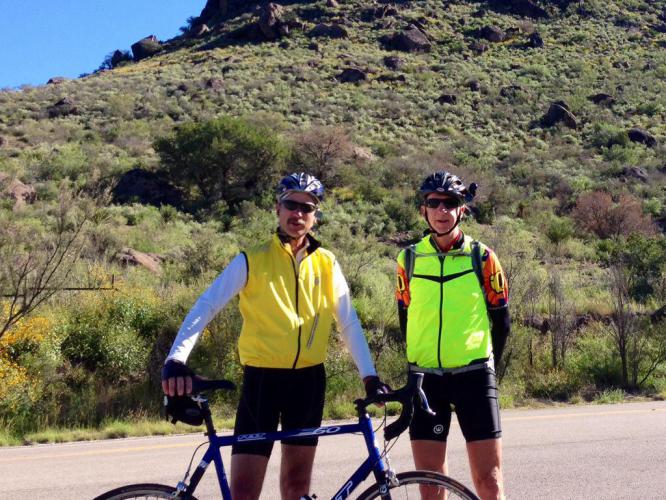 Brian and a rider named John who works as a ranger at Fort Davis Park. He has off until the government shut down ends. 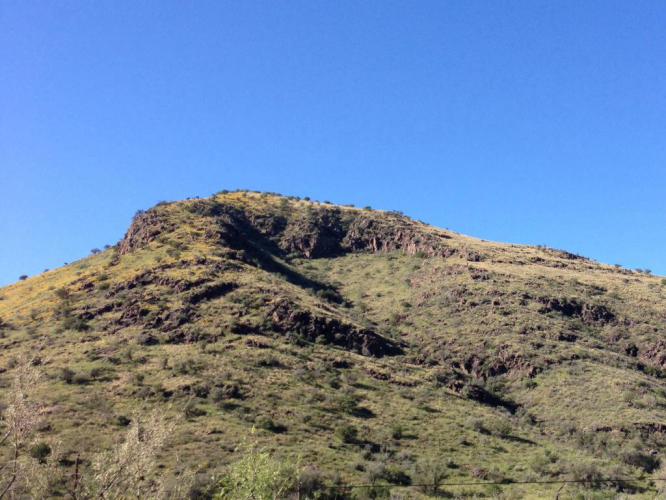 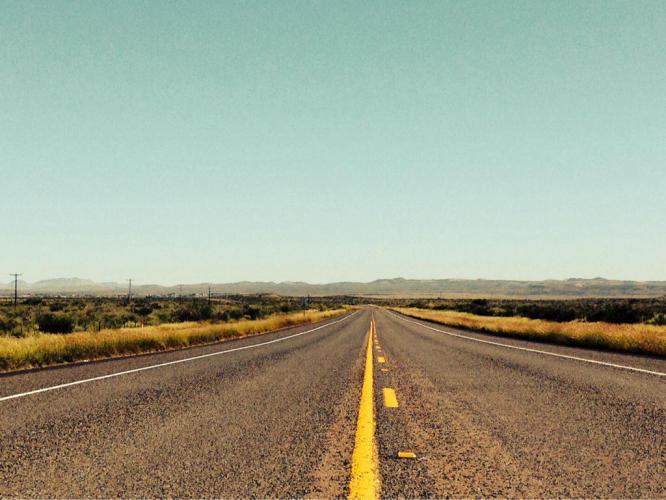 Wide open spaces in West Texas. It is so beautiful. I never tire looking at this scenery. 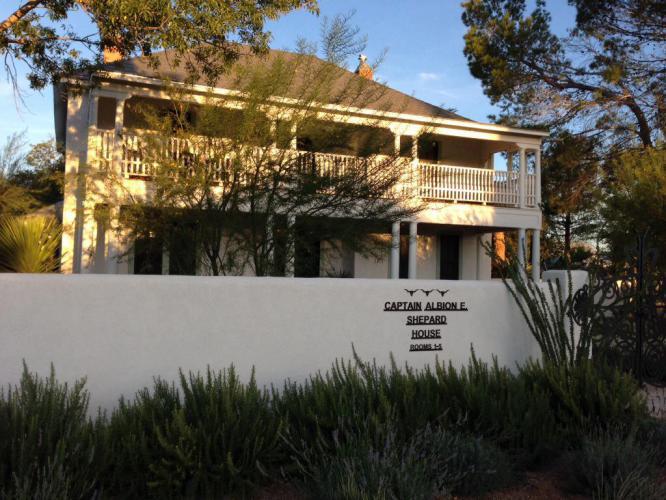 The Captain Shepard House. It has 5 private rooms with baths and a butler’s kitchen. Beautiful landscaping but I forgot to get any pictures of the gardens around the house.

I would be remiss if I didn’t mention our experience with the infamous Texas chip seal asphalt. It isn’t as terrible as I expected from reading other blogs, but it sure is a drag. It really gets to you after about 50 miles. It will slow your average speed by at least 1 mph. Most of the time you can ride on the highway where the tar surface is somewhat smooth, but the shoulder is the worst. Traffic in this part of Texas has been extremely light. I need my rear view mirror to see oncoming cars and move onto the shoulder. 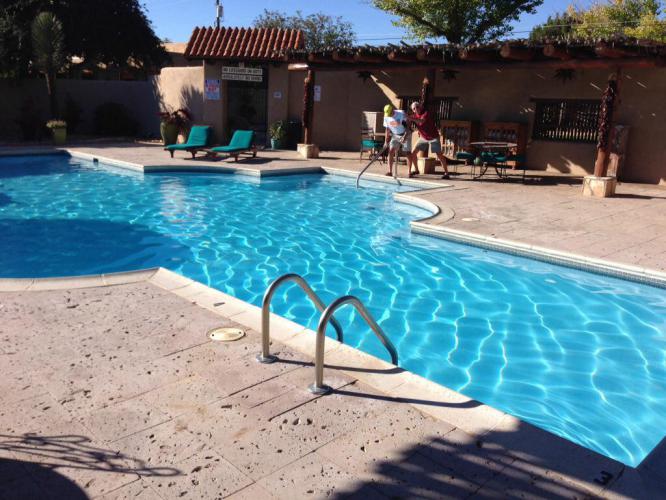 The pool at The Gage Hotel. Of course Tim did some laps to soothe his tired muscles after the ride. The water was pretty cold because nights get down to the low 40’s this time of year.