Posted by Brian on October 6, 2013
Posted in: Uncategorized. Leave a Comment

Before we retired for the night last night, we all agreed we would be down at breakfast at the El Capitan Hotel (a great place, by the way) by 6:30 am.  We all had a great big breakfast (OK, maybe not Beth, but Tim, Mark and I definitely did!), but when we finished, it was still dark outside.  Being on the western edge of the Central Time Zone, sunrise doesn’t occur until just before 8 a.m.; however, we didn’t know that when we made our plans the night before.  So we had about an hour wait before we could get going.  But by 8 o’clock, we were on our bikes and riding the 76 miles to Marfa.  And boy was it ever cold!  I should have worn my full-fingered biking gloves and tomorrow I will.  But we warmed up after about an hour, so it wasn’t a big deal.

The 76 miles we did today was the toughest ride of L3 because 1) it was all uphill (we climbed about 1000 feet), 2) the road surface in Presidio County, where we were for most of today’s ride is Texas chip seal, a very rough road surface that’s pretty tough on my already sore backside, and 3) we had a decent head wind at least for the last third of the ride.

We rode parallel to some train tracks most of the ride and those tracks were busy the entire day!  We must have seen 6 or so different trains using the rails, including one Amtrak passenger train.  I took a couple of videos of the trains, but my connection tonight is really slow, so I won’t be uploading them tonight.

But after about a half dozen stops, we finally made it into Marfa right at 3pm.  Tim says our average speed (when we were riding) was over 14 mph, so I guess we stopped a lot during the 7 hours we were on the road.

When we made it to Marfa, Beth met us at The Pizza Foundation restaurant, where we had a Margarita pizza and some beer – it was all excellent.  After that, we loaded up the truck with our bikes and drove an hour east to Marathon, TX, where we will stay tonight and tomorrow night.  Tomorrow morning, Beth will drive us back to Marfa and we’ll bike back to Marathon and stay overnight again at the Gage Hotel, which is a beautiful old hotel originally opened around 1930.  I have some pictures of it below.  We all enjoyed an excellent dinner at the Gage Hotel Restaurant, before heading back to our rooms for our nightly tasks, calling our loved ones and blogging! 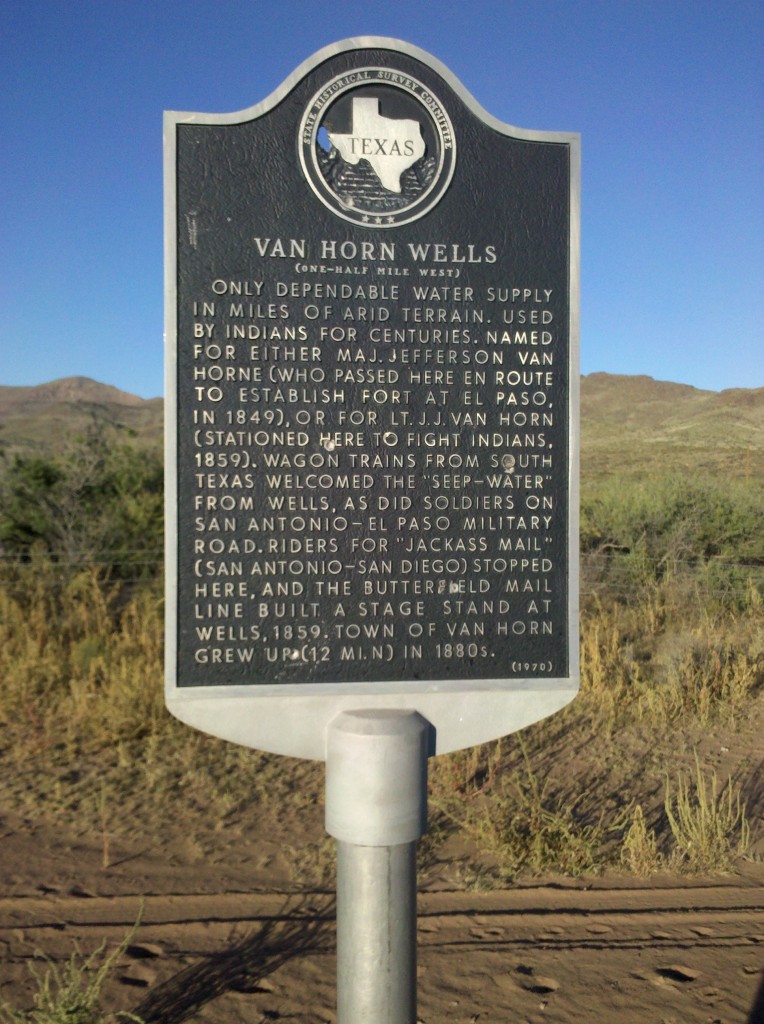 Historical marker on US90 outside Van Horn, TX. We fixed Mark’s flat at this spot. 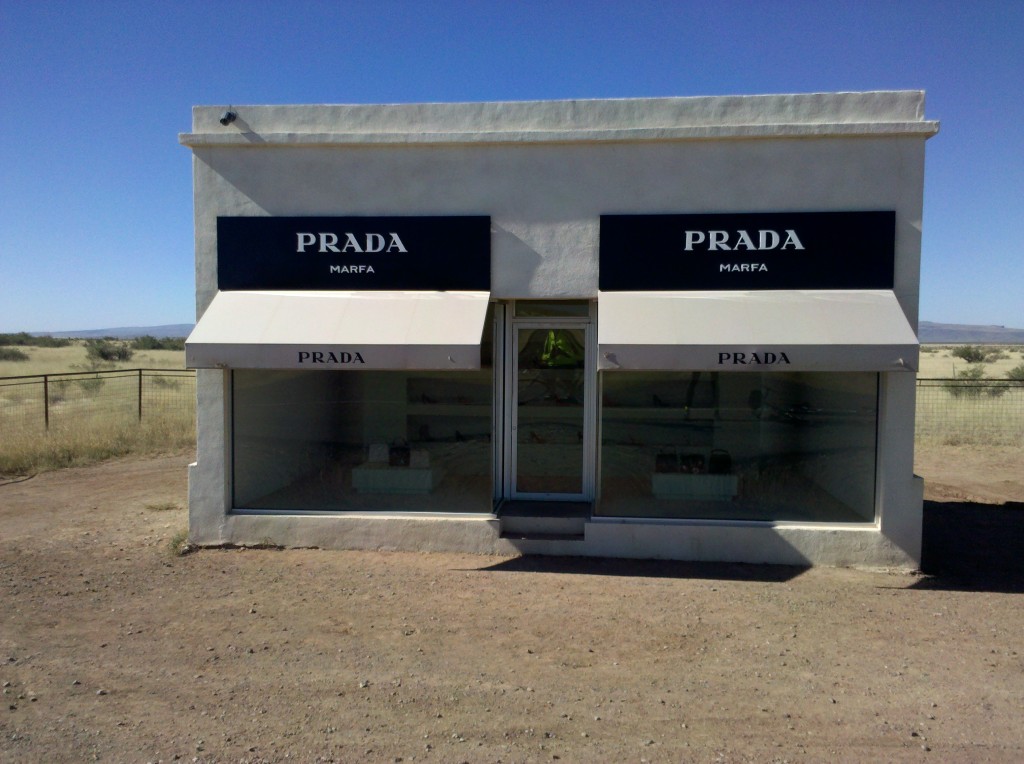 PRADA art project outside Valentine, TX on US 90. It was installed by some of the artists of the Marfa artist community. 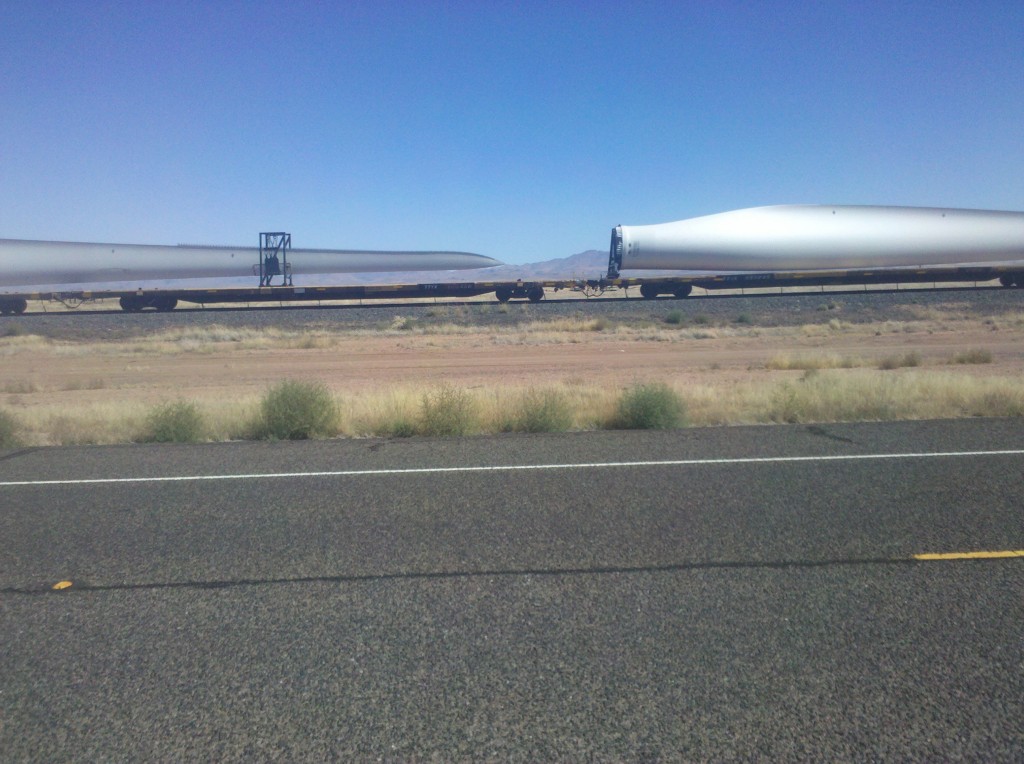 Trains carrying turbine blades on RR parallel to US90. We saw 6 or 7 trains on Sunday, including one Amtrak passenger rail train. 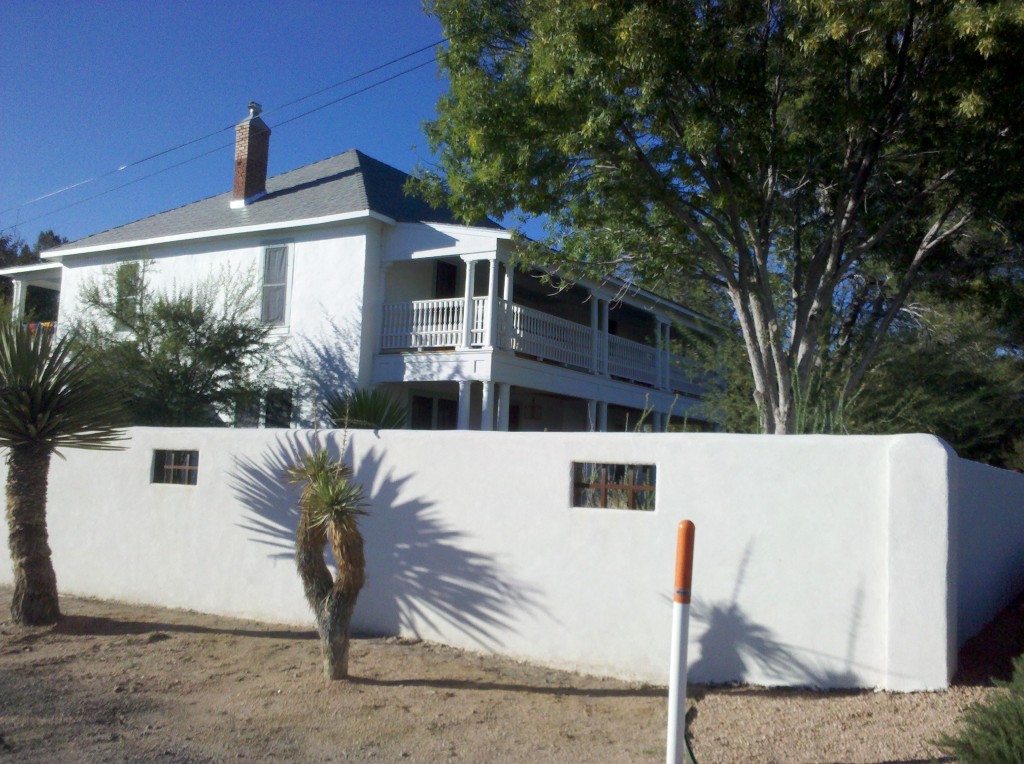 Photo of Captain Shepard House, a part of the Gage Hotel where we stayed. We all agreed this was the nicest place we’ve stayed in so far. We have the entire house to ourselves. 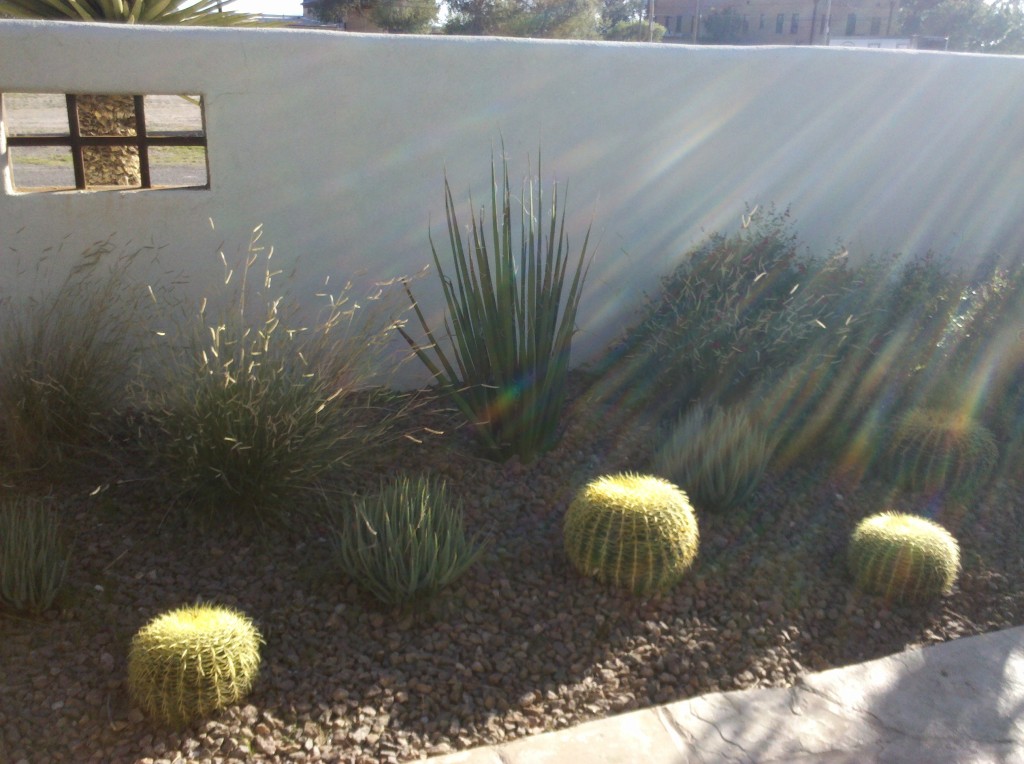 Barrel cacti in cactus garden at Capt Shepard House of Gage Hotel. This cactus garden was really beautiful, but then I’m very partial to desert gardens! 🙂 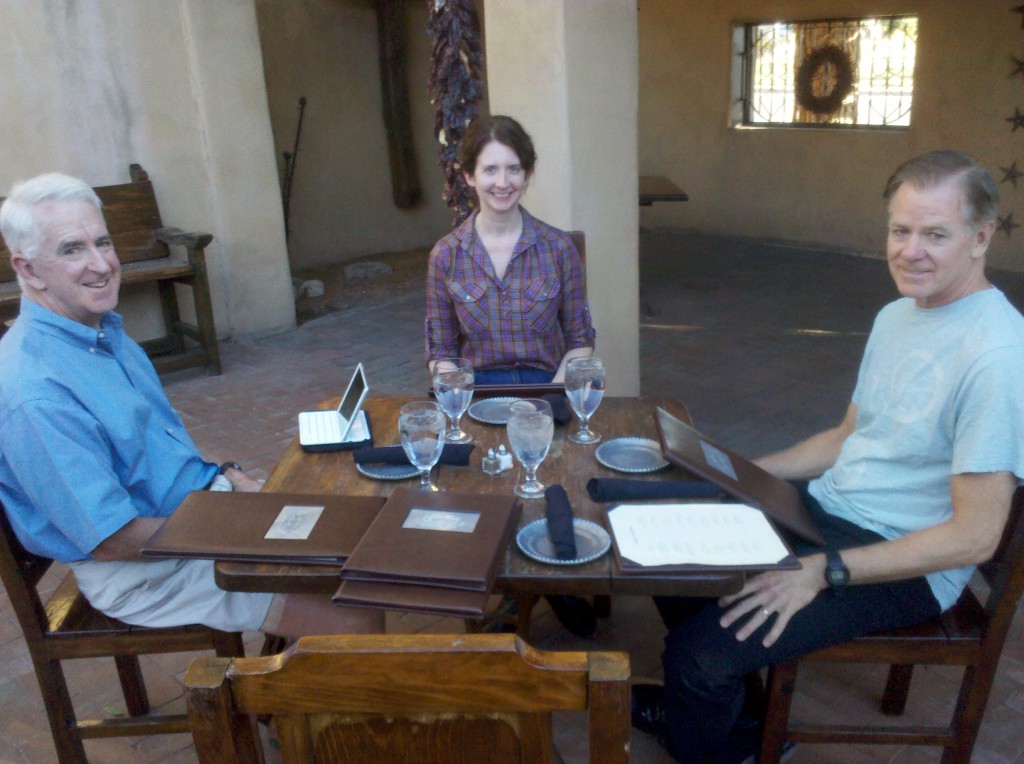 Tim, Beth and Mark at dinner at the Gage Hotel Restaurant on Sunday night. We ate outside by a fireplace so both the food and the ambiance were really good!