Blois to Orleans with stops at Chambord and Clery-St. Andre

Today’s ride was not overly strenuous – it was a mix of two lane roads with cars, farm roads with almost no traffic of any kind, and bike paths.  We left our hotel shortly after 8 AM so that we could get to Chateau de Chambord shortly after 9 AM, which was when it opened, and we accomplished that.  Here are some photos of Chateau de Chambord, another creation of Francoise I, which he had constructed from 1529 to 1549, and mainly used to hunt on the grounds and to impress his visitors, including the Holy Roman emperor. 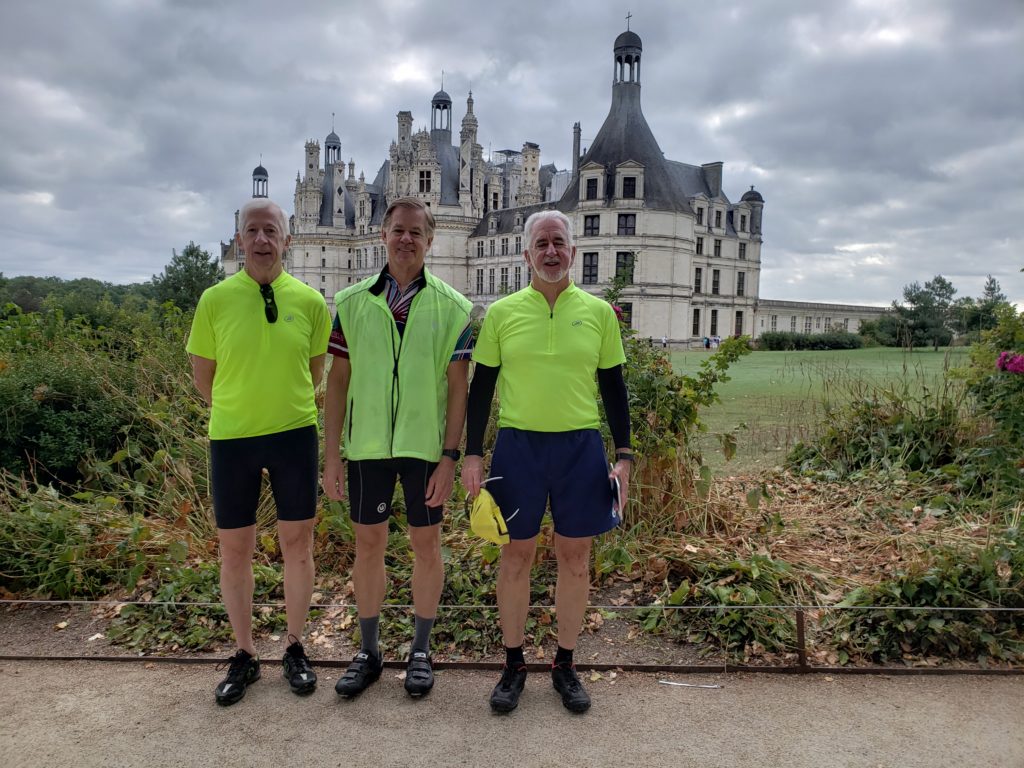 On the way into Chateau de Chambord. 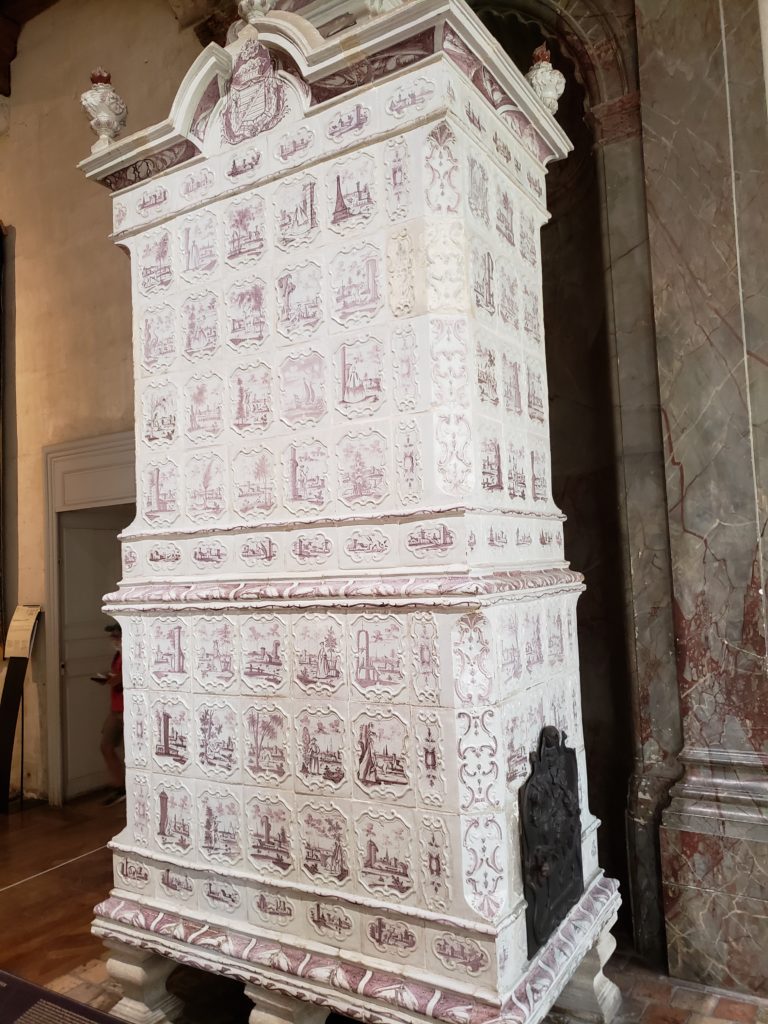 One of the ceramic stoves used to heat the Chateau. 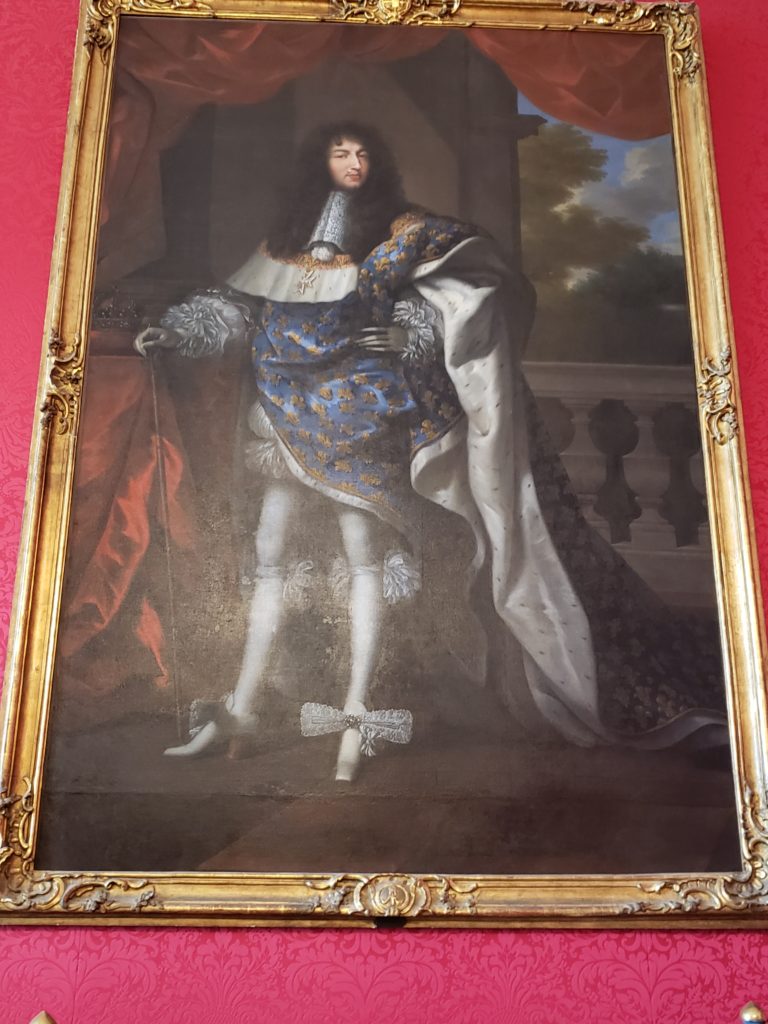 King Louis XIV, one of the Chateau’s occupants. 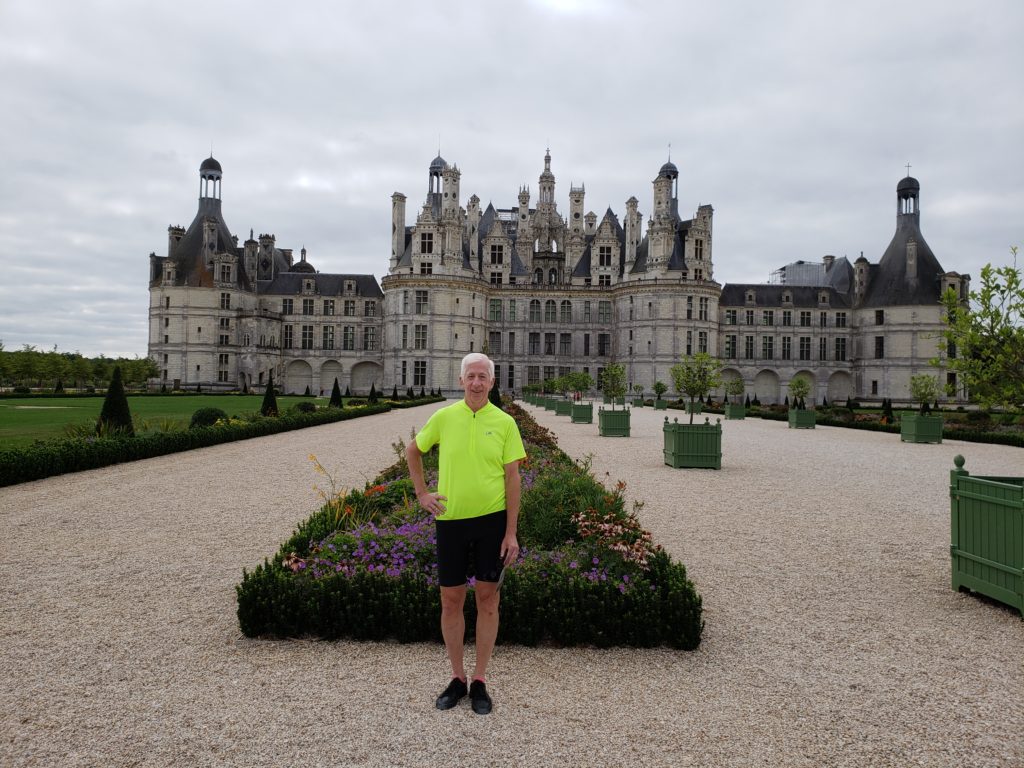 A view of the gardens from the rear of the Chateau. 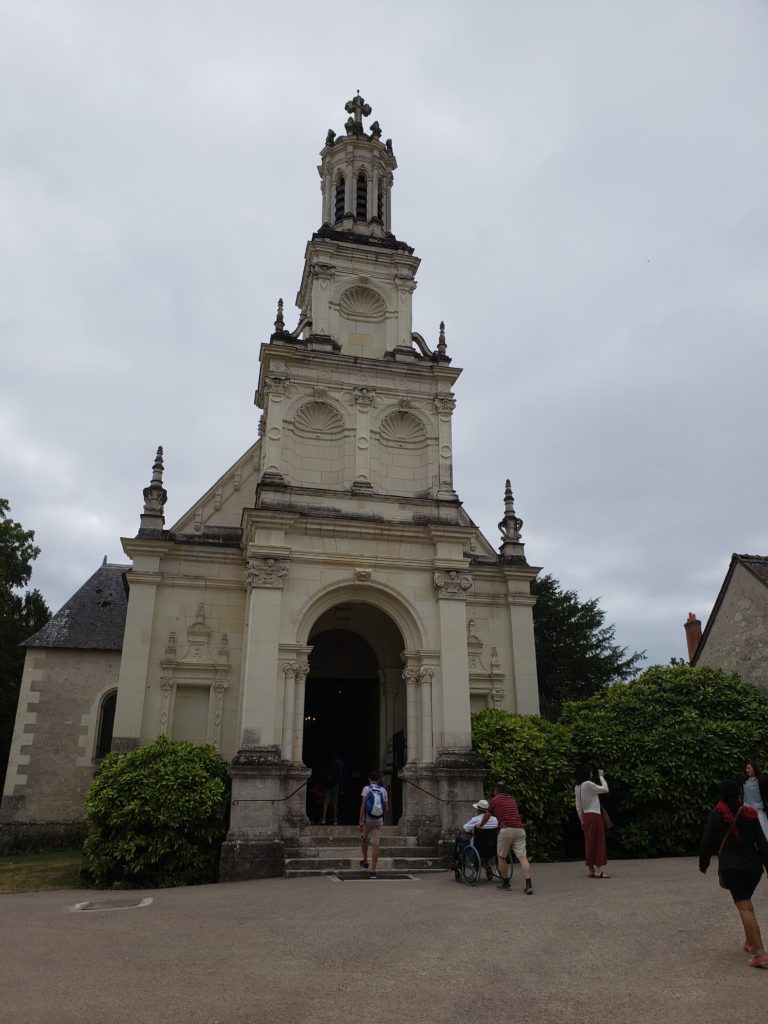 The church at Chateau de Chambord, which I entered while mass was in progress for the feast of the Assumption. I only stayed for the gospel. Does that count?

After a lunch of coffee and a tomato and cheese baggett (which was excellent), we left to ride to Orleans. On the way, we stopped at Clery- Saint Andre, where there is a Basilica de Notre Dame de Clery, which is where the tomb of Louis XII is located, along with the heart of Charles VIII. Here are some photos of the Basilica. 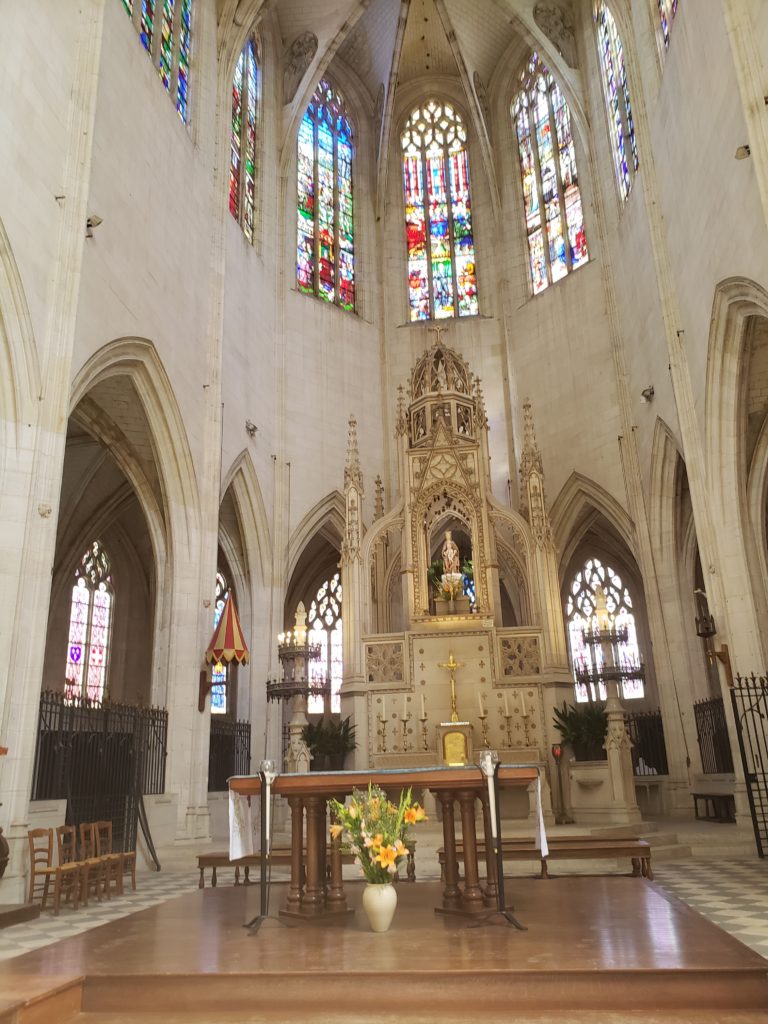 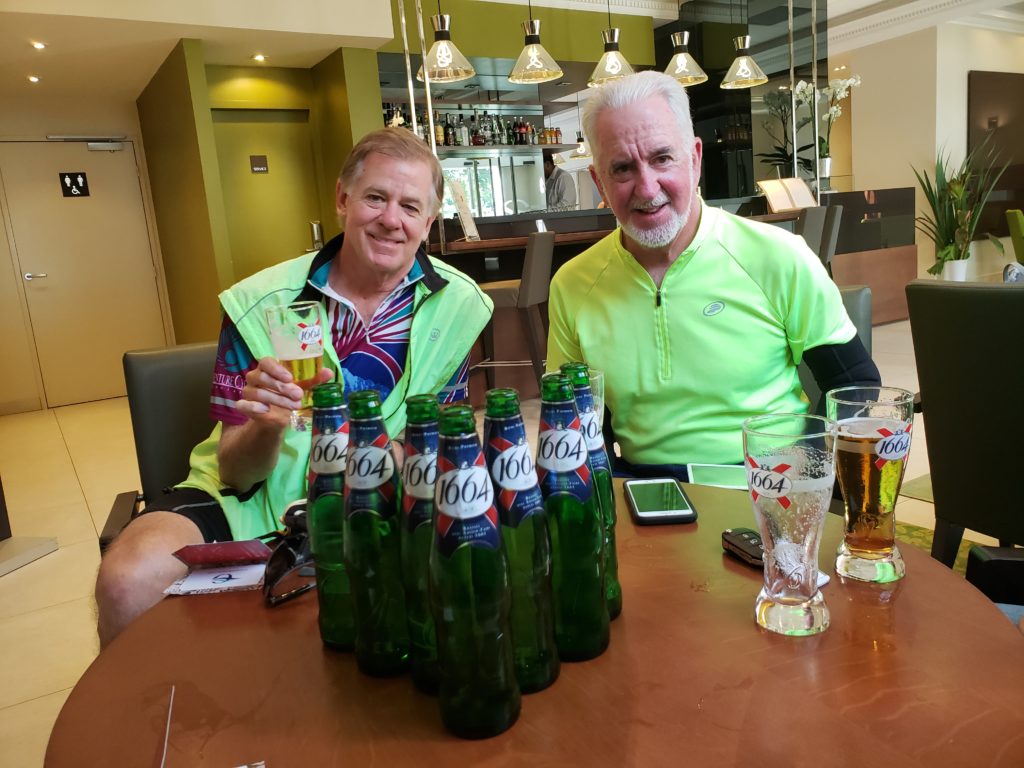 Some of the beers we drank after getting to our hotel in Orleans.

After a shower and a nap, we walked into the restaurant district of Orleans and had wine, more beer, and a nice dinner. 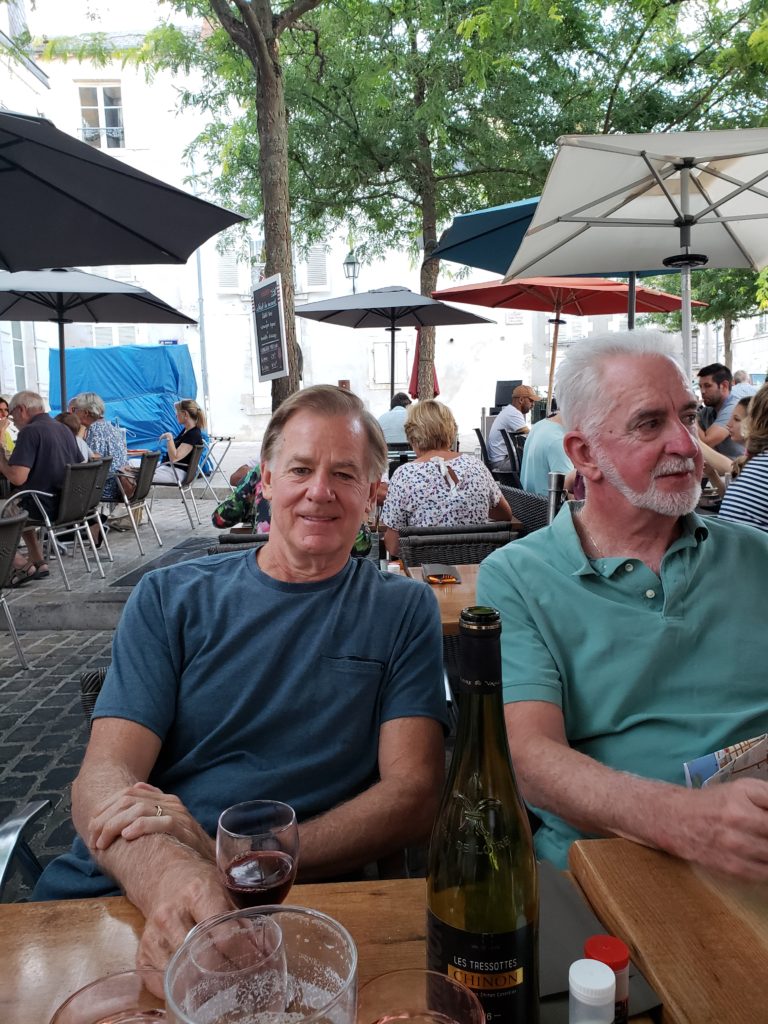 At dinner in Orleans.

We walked back to our hotel along a running trail, marked with this symbol. 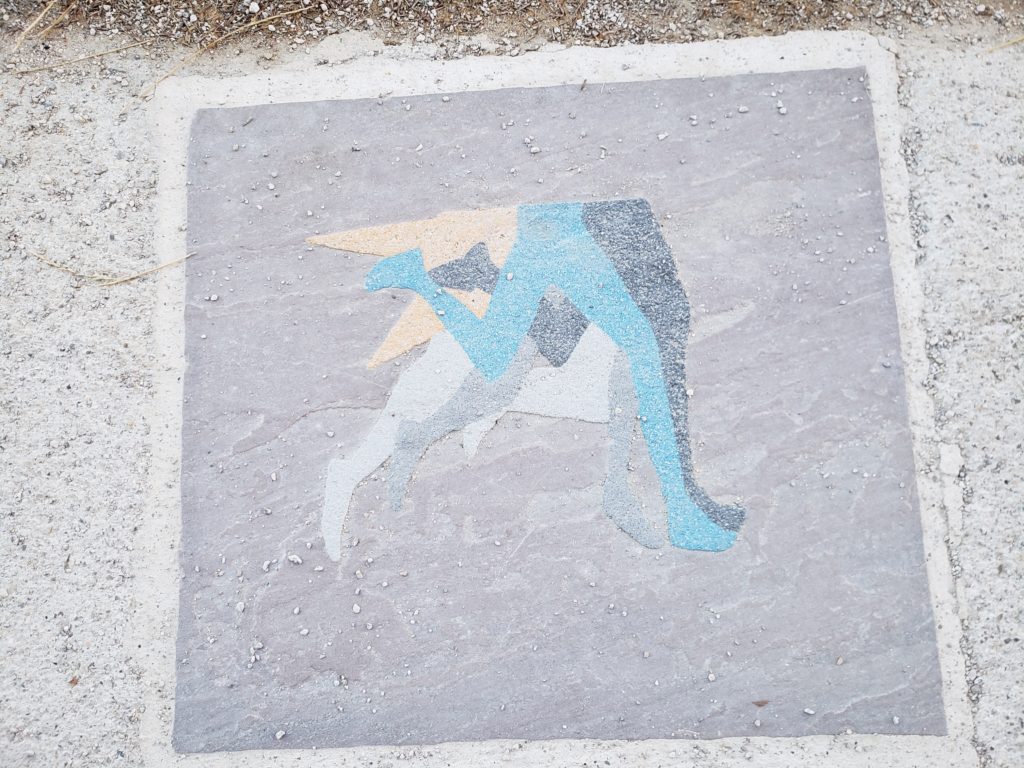 The trail back to our hotel after dinner.

Tomorrow is our last day of riding. 🙁