A great day of cycling.  75 k with a tail wind and almost no gravel/dirt paths.  Smooth macadam, some on roads (very little traffic) and the rest on bike paths.  We really liked Saumur.  A nice city but much smaller than Nantes and Angers.  There was a possibility of rain today but it only drizzled a few times.  Cloudy for most of the ride which is fine. 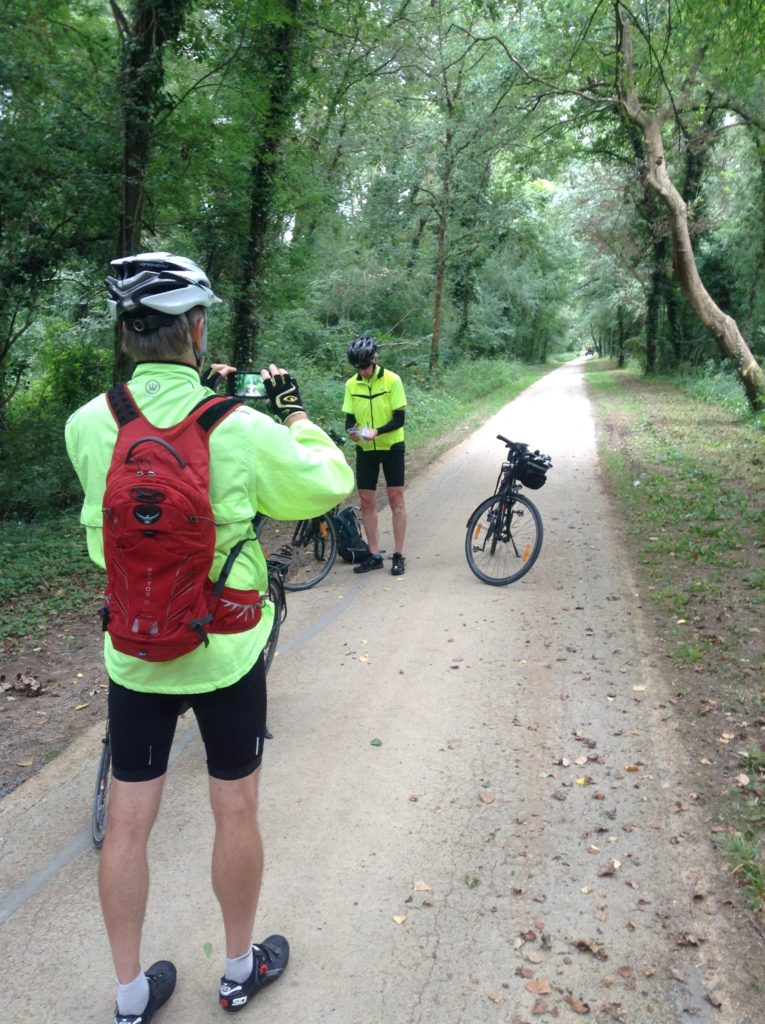 A shot break this morning. This was a typical bike path today. 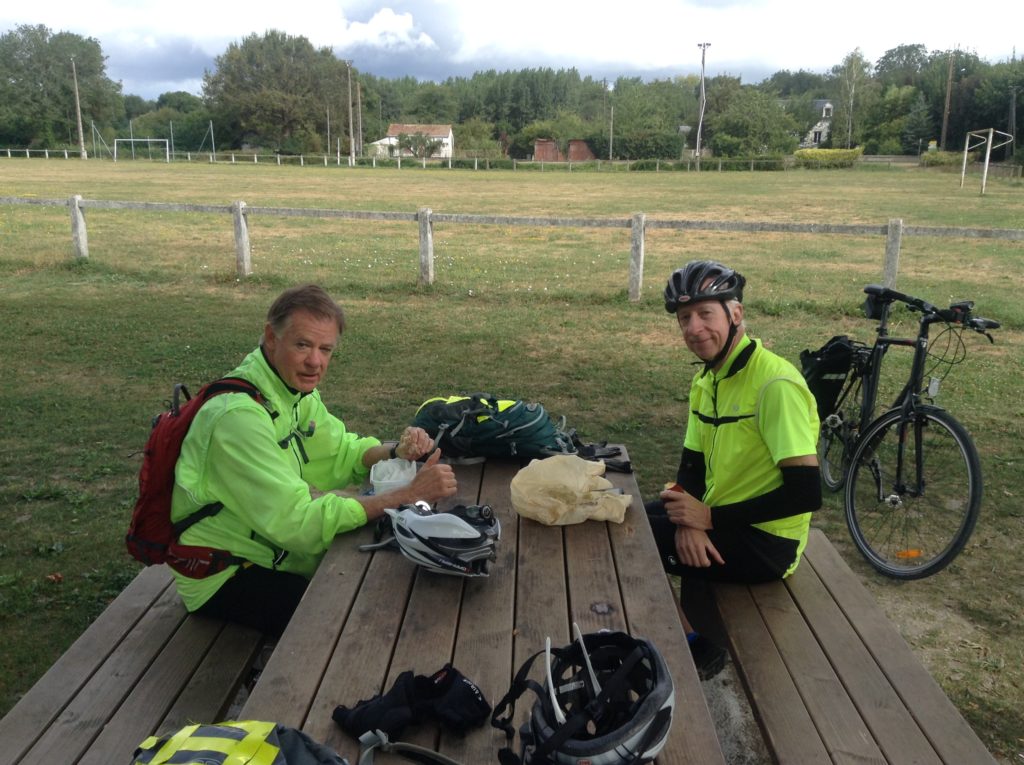 Lunch time. It’s nice to have a picnic bench. 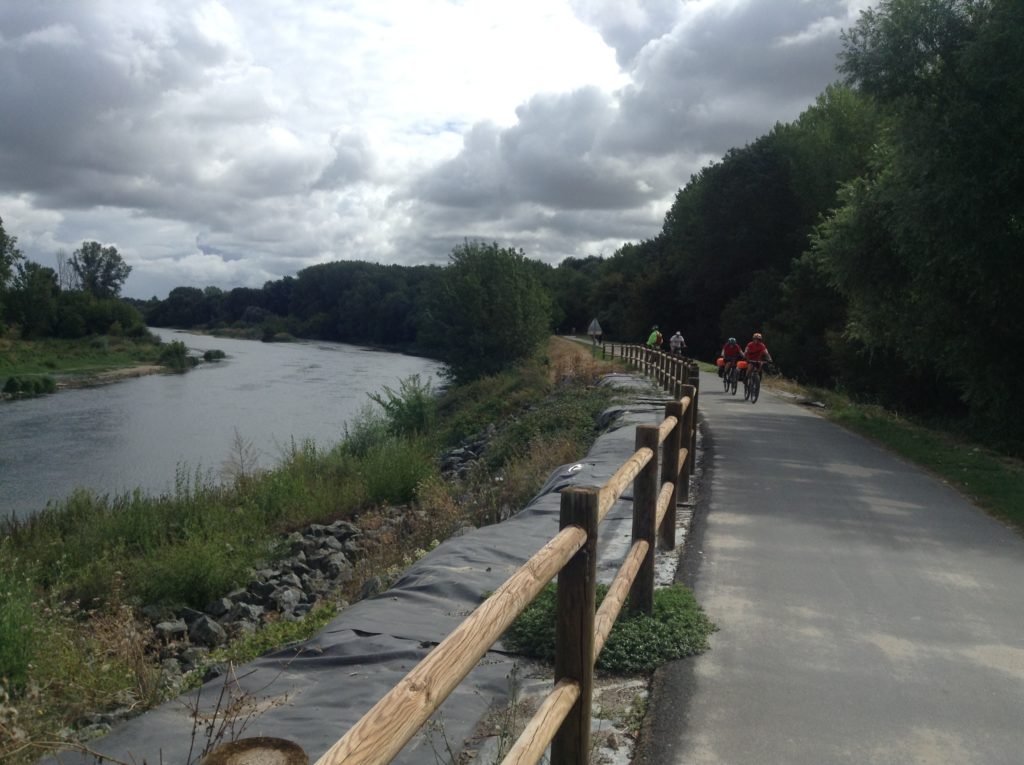 A view of the Loiree. Most of the ride was on a bike path built on top of a levee. 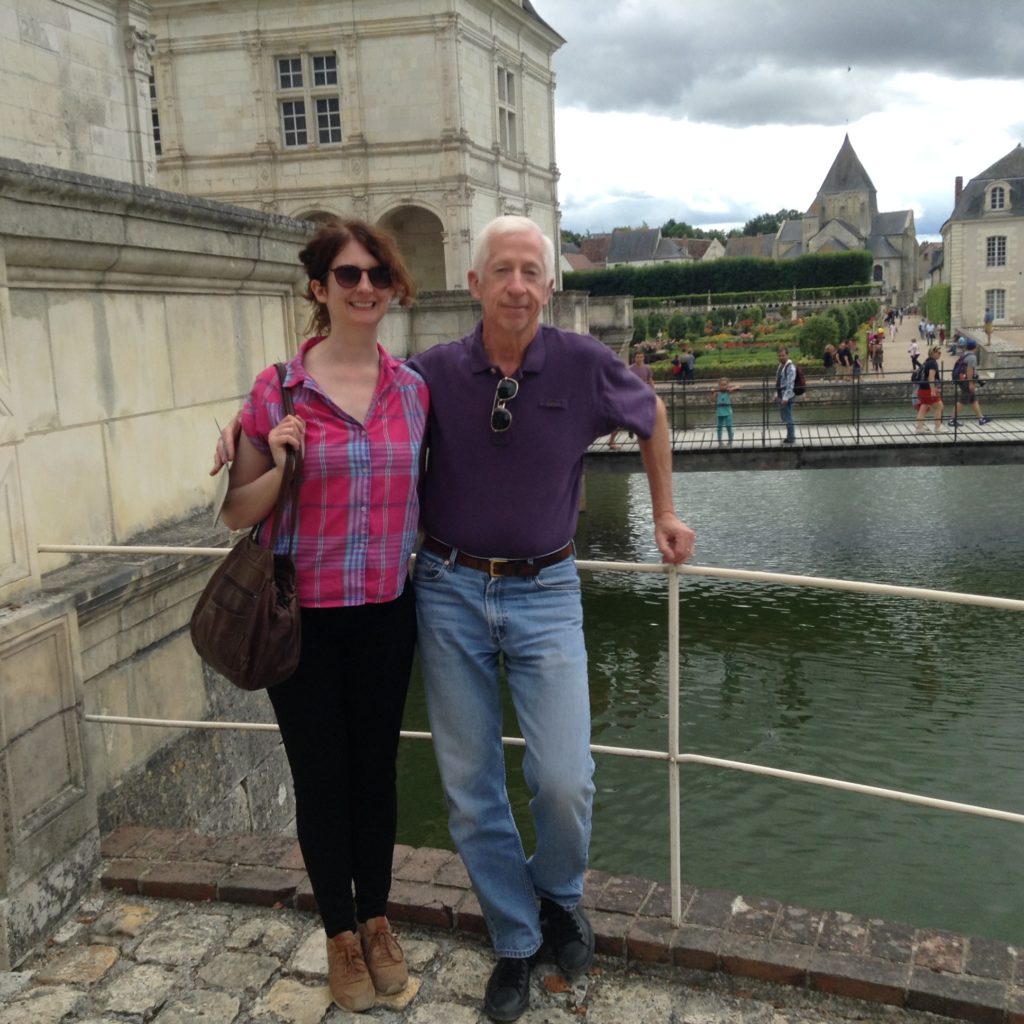 On our way into Villandry. 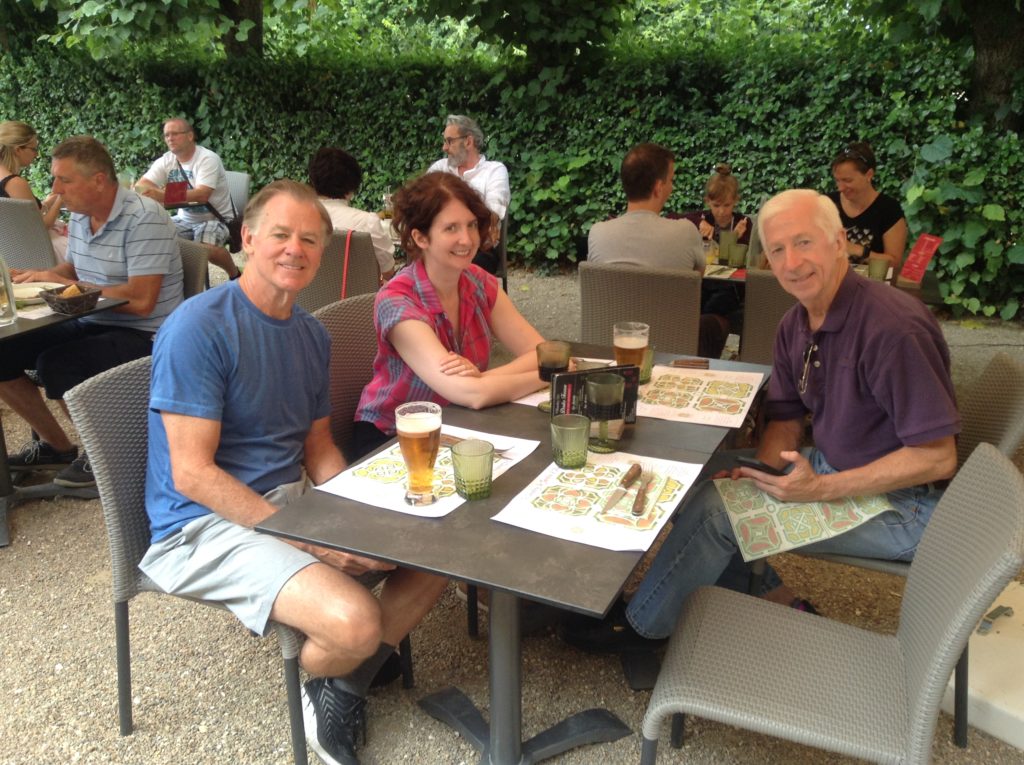 A nice meal in the cafe outside Villandry. 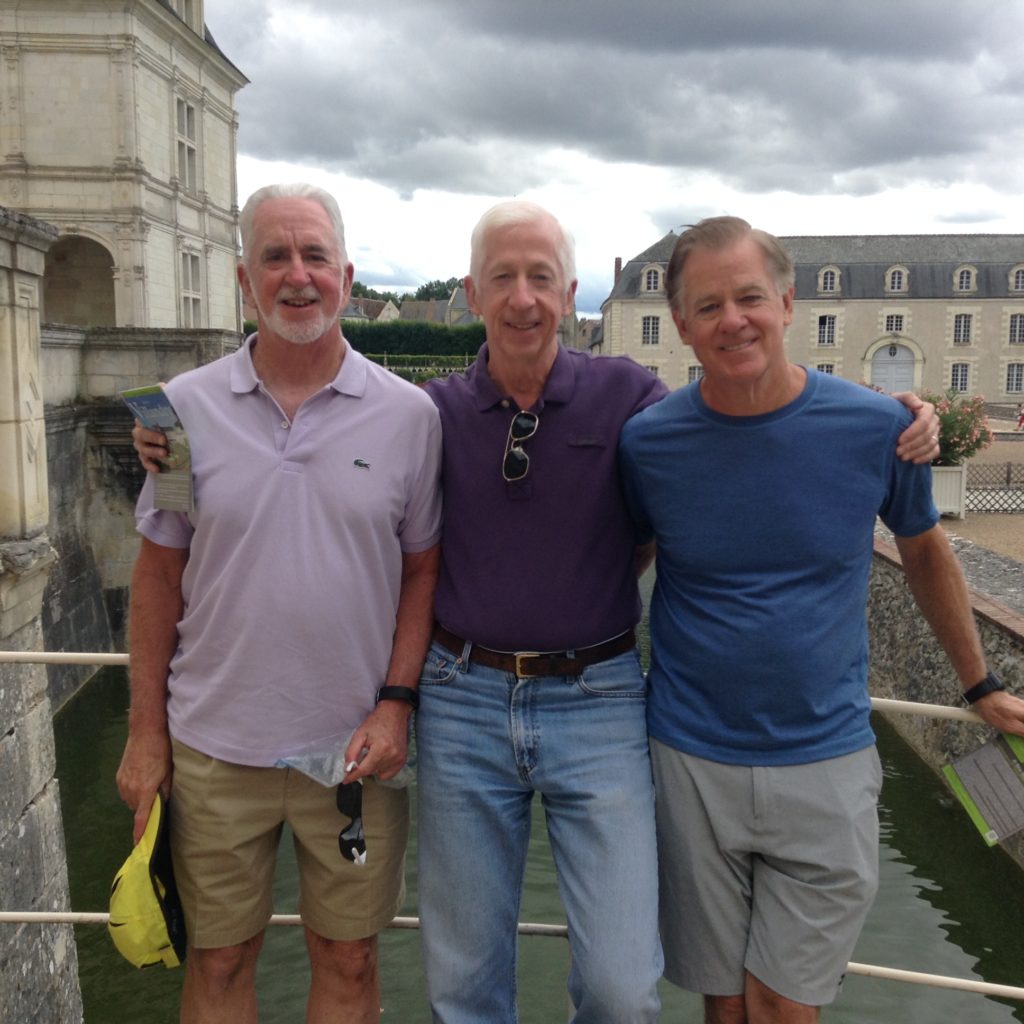 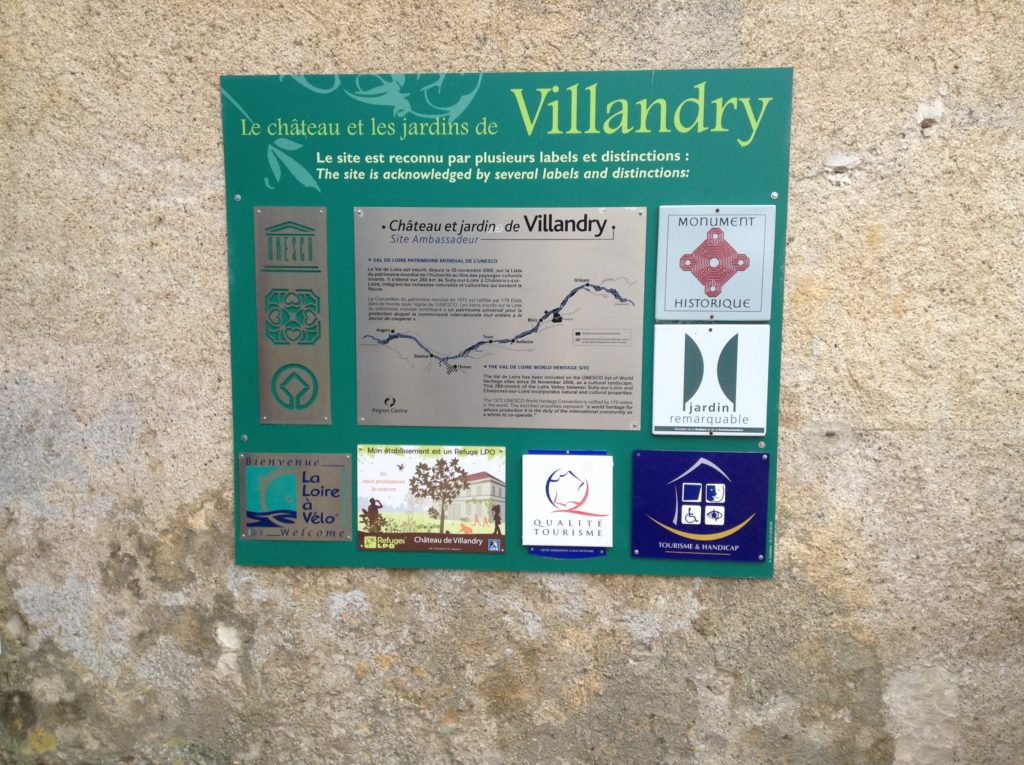 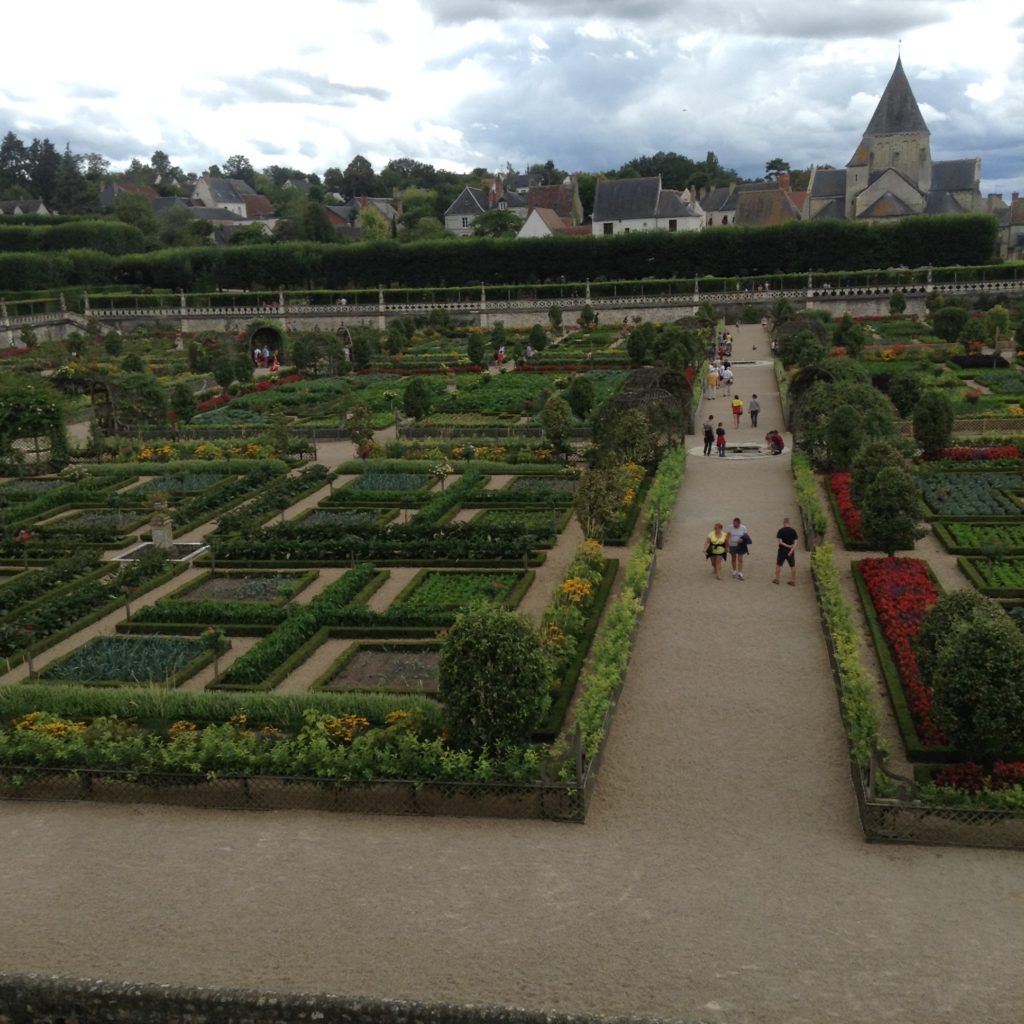 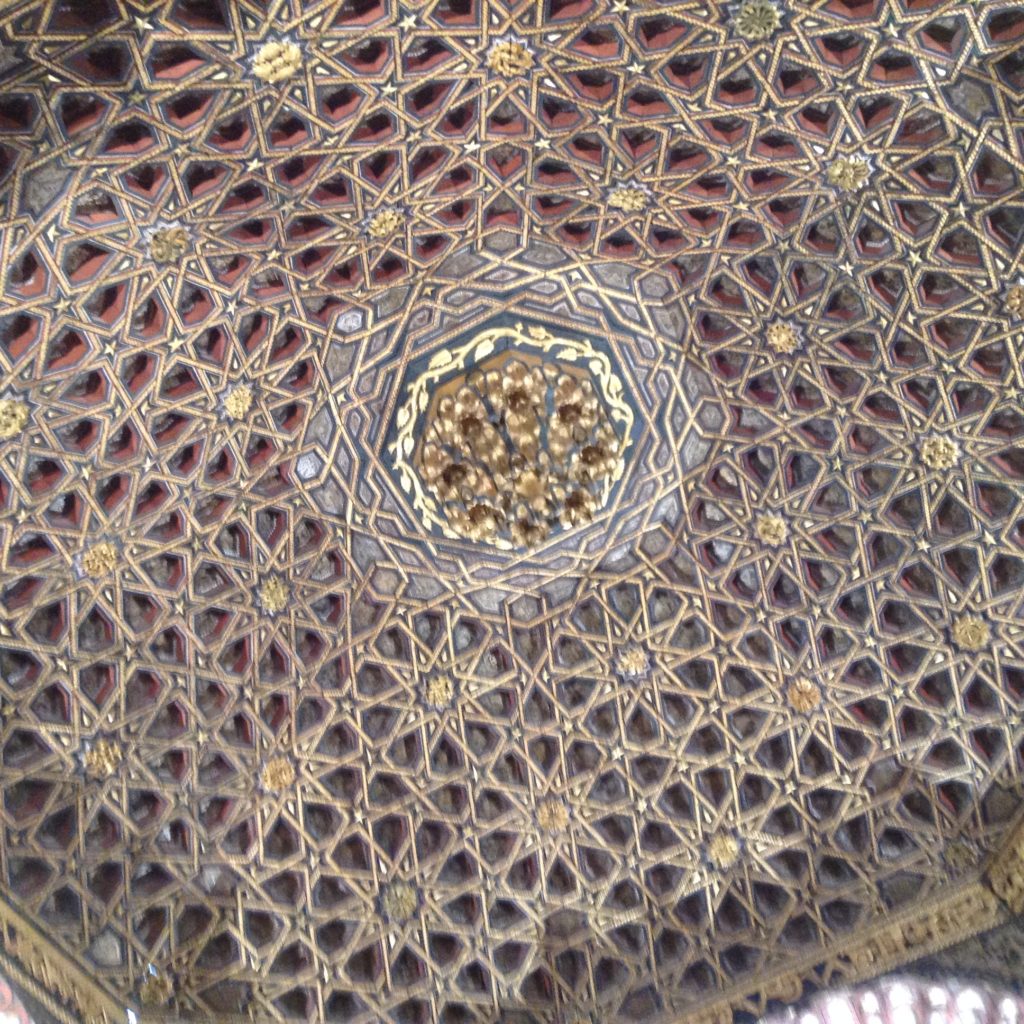 This is a photo of one of the rooms ceiling. 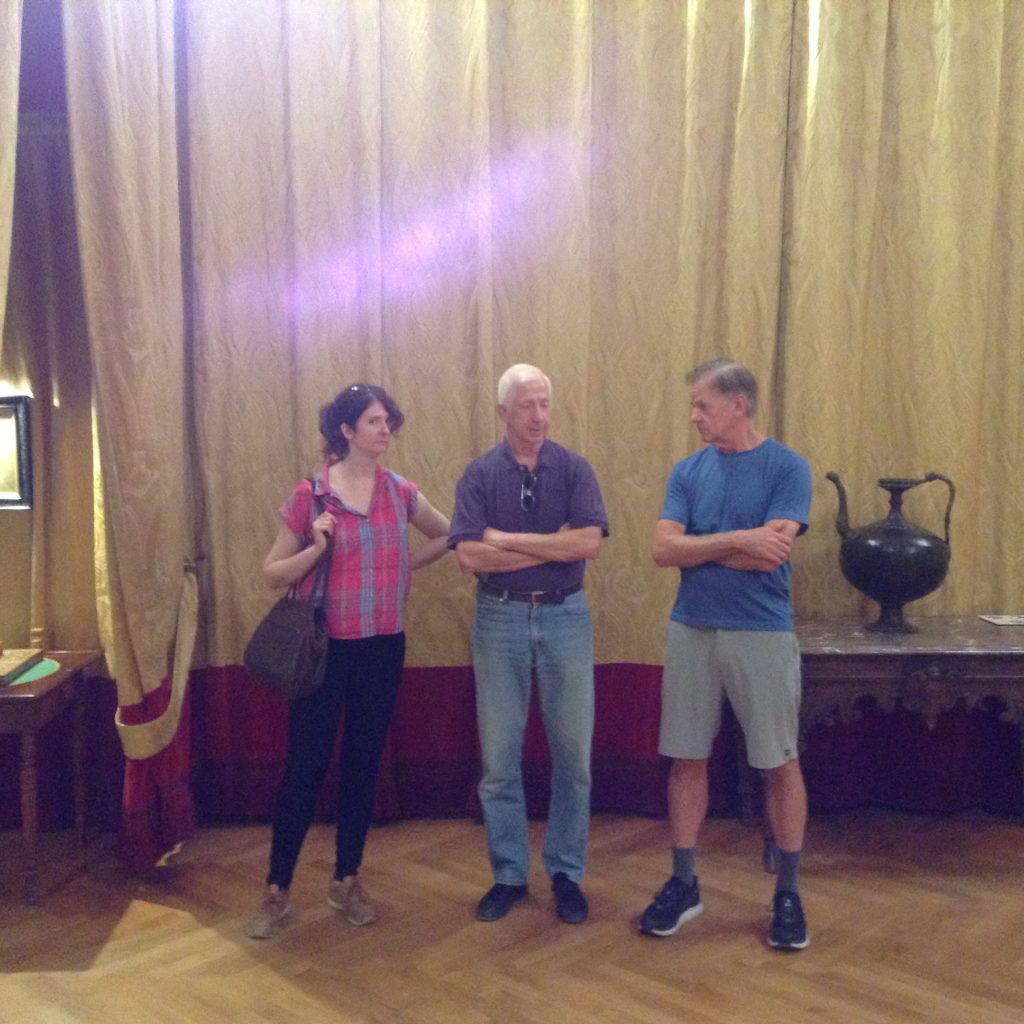 I’m not sure what they are discussing. Probably what flavor ice cream Brian wants tonight. 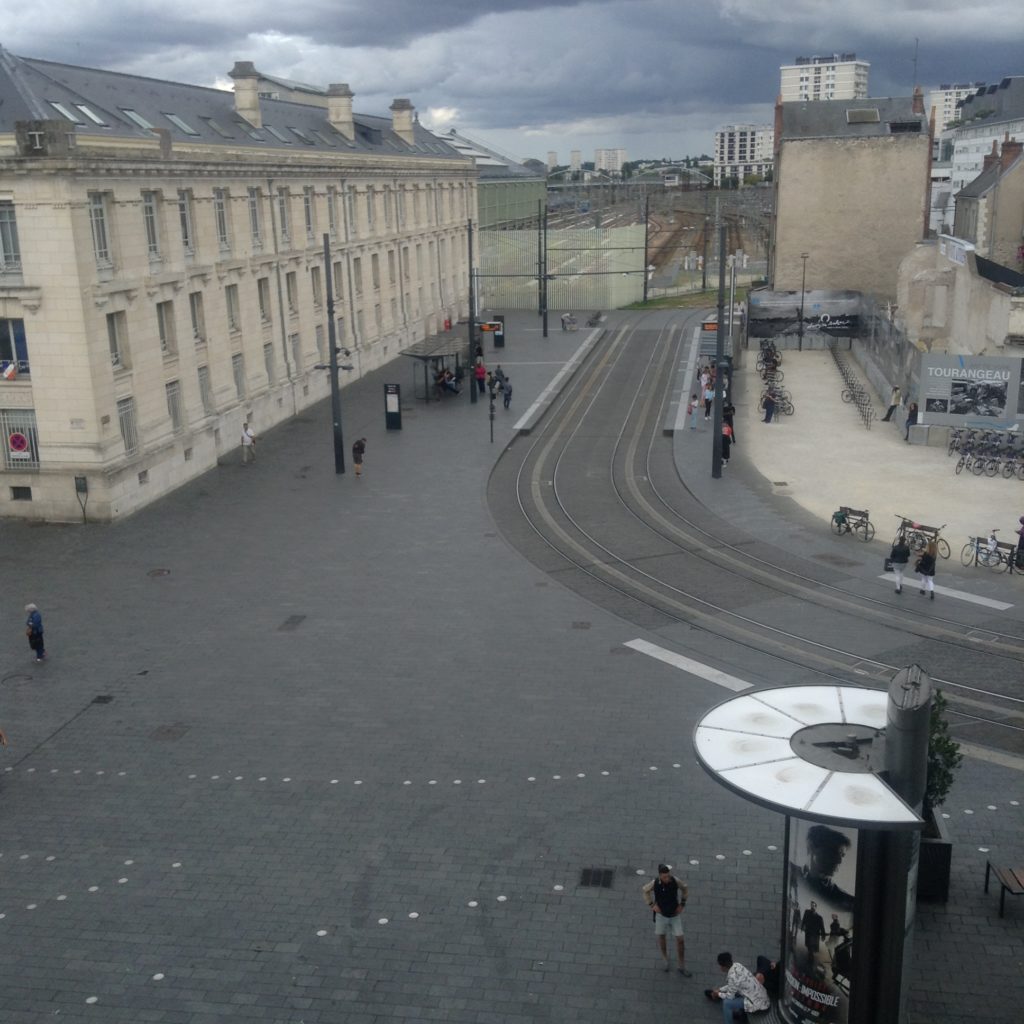 A view from the balcony of my hotel room. 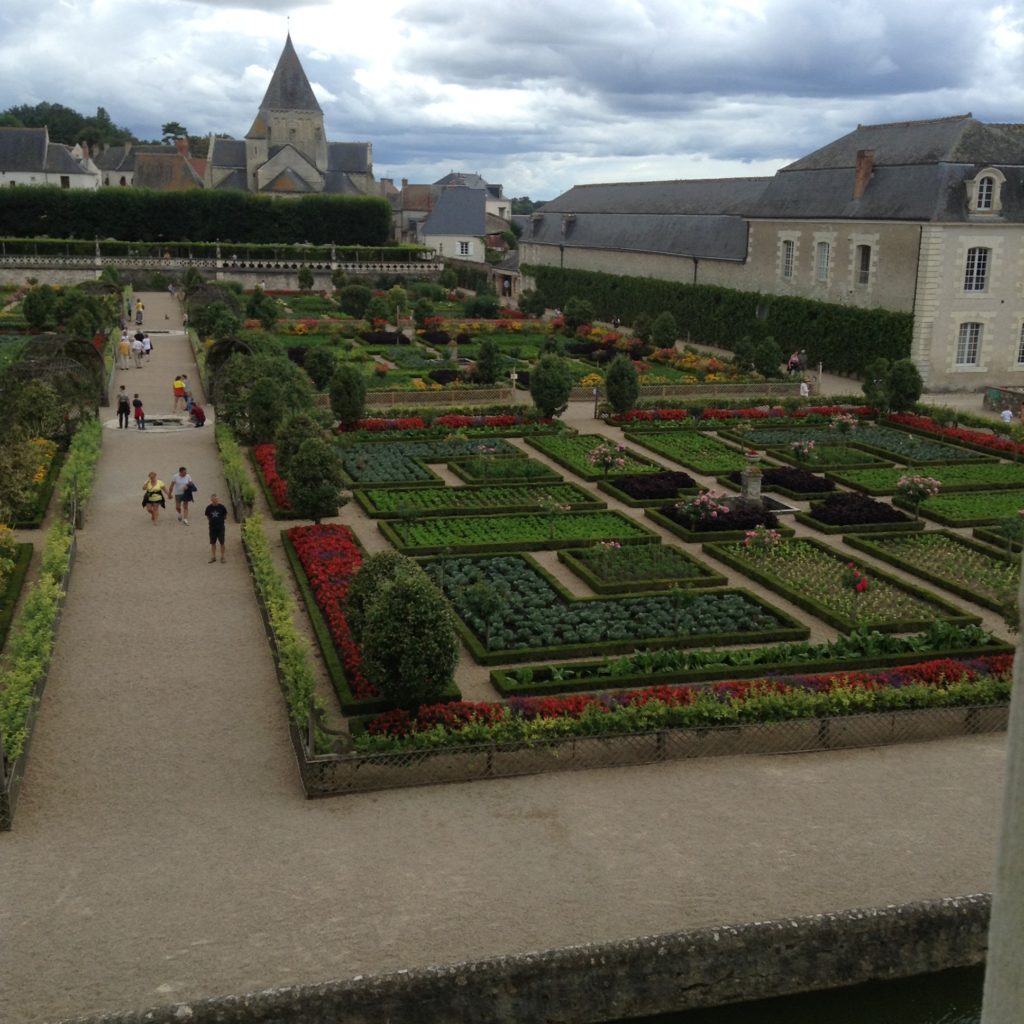 A pic of the gardens. 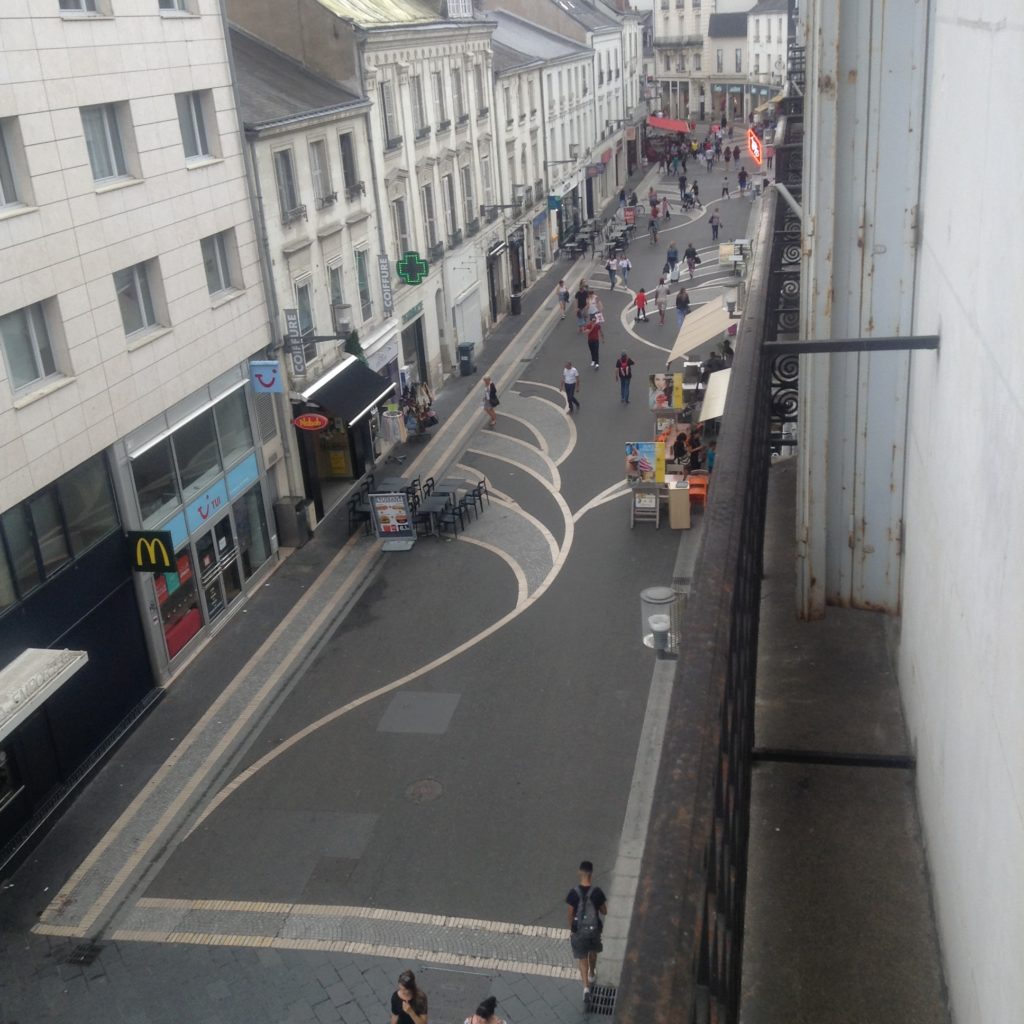 Another view from my balcony. 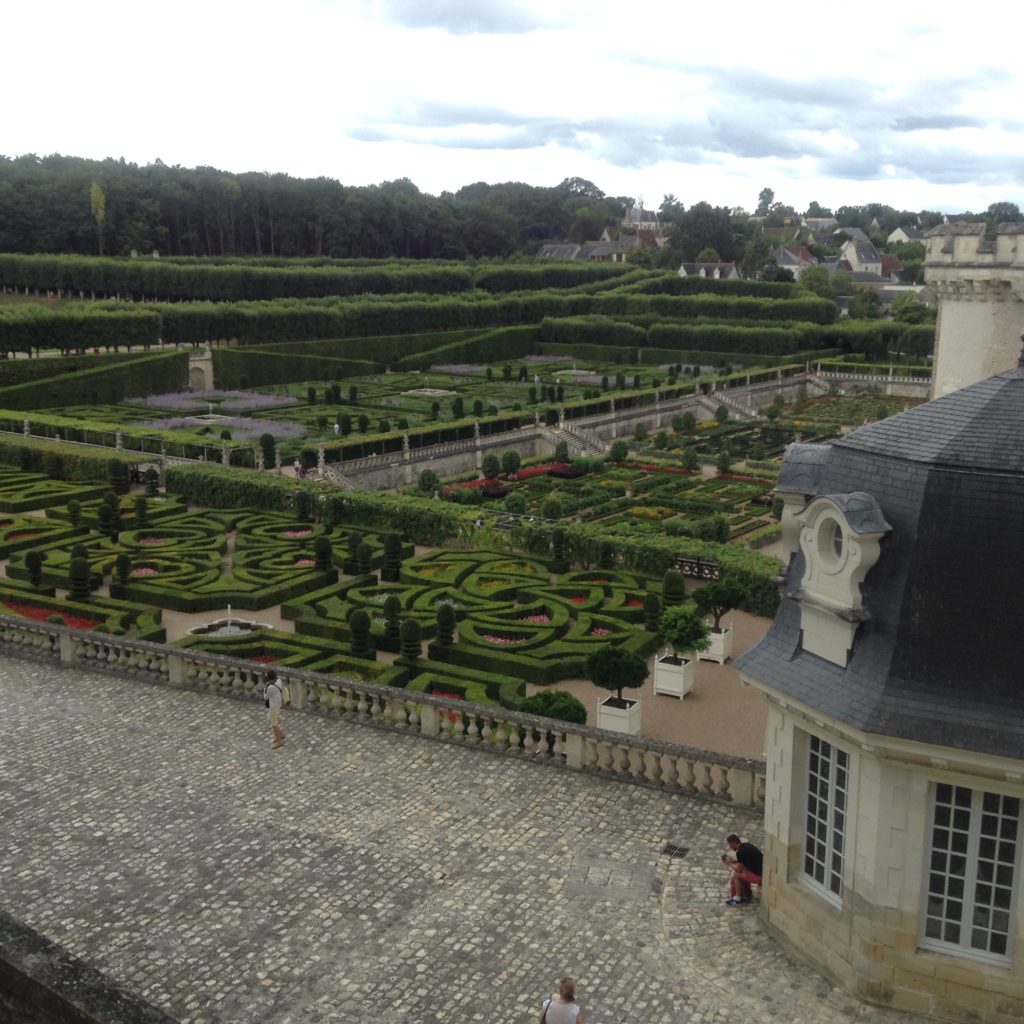 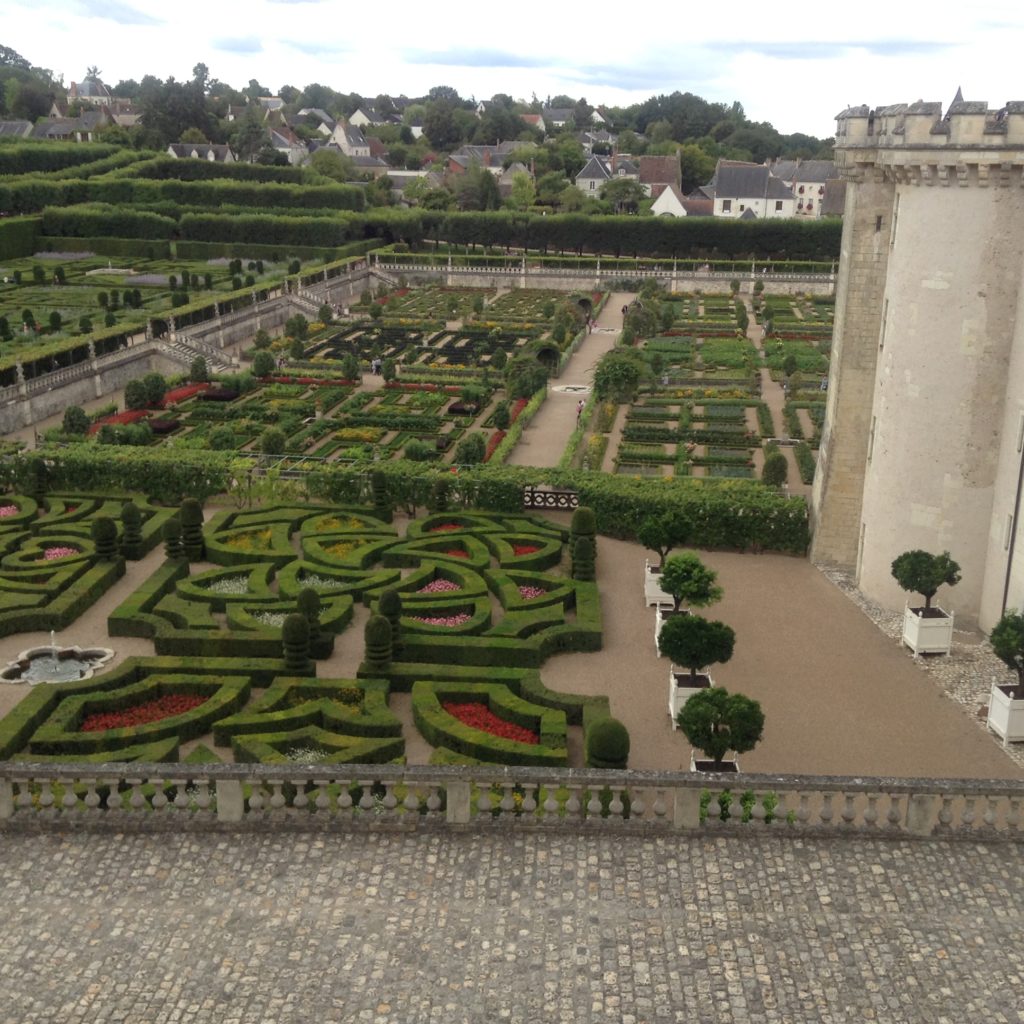 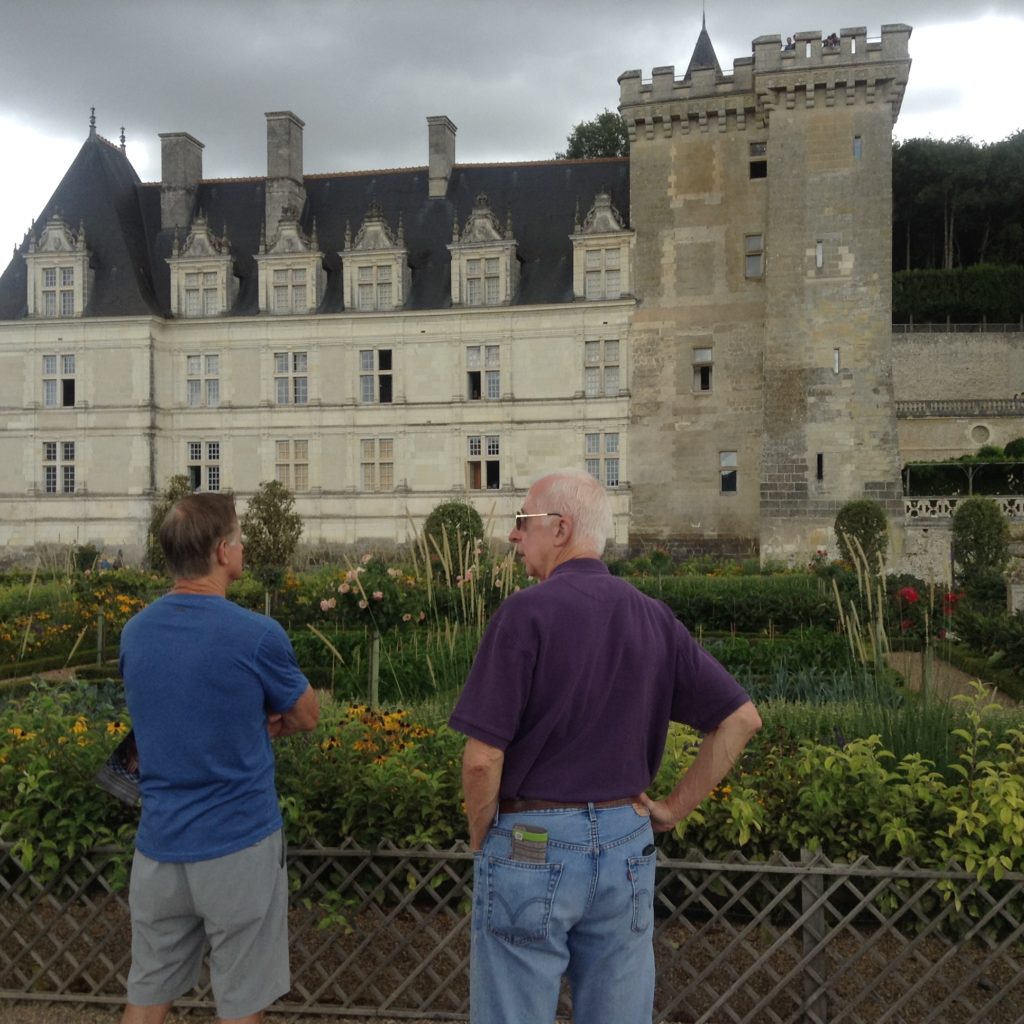 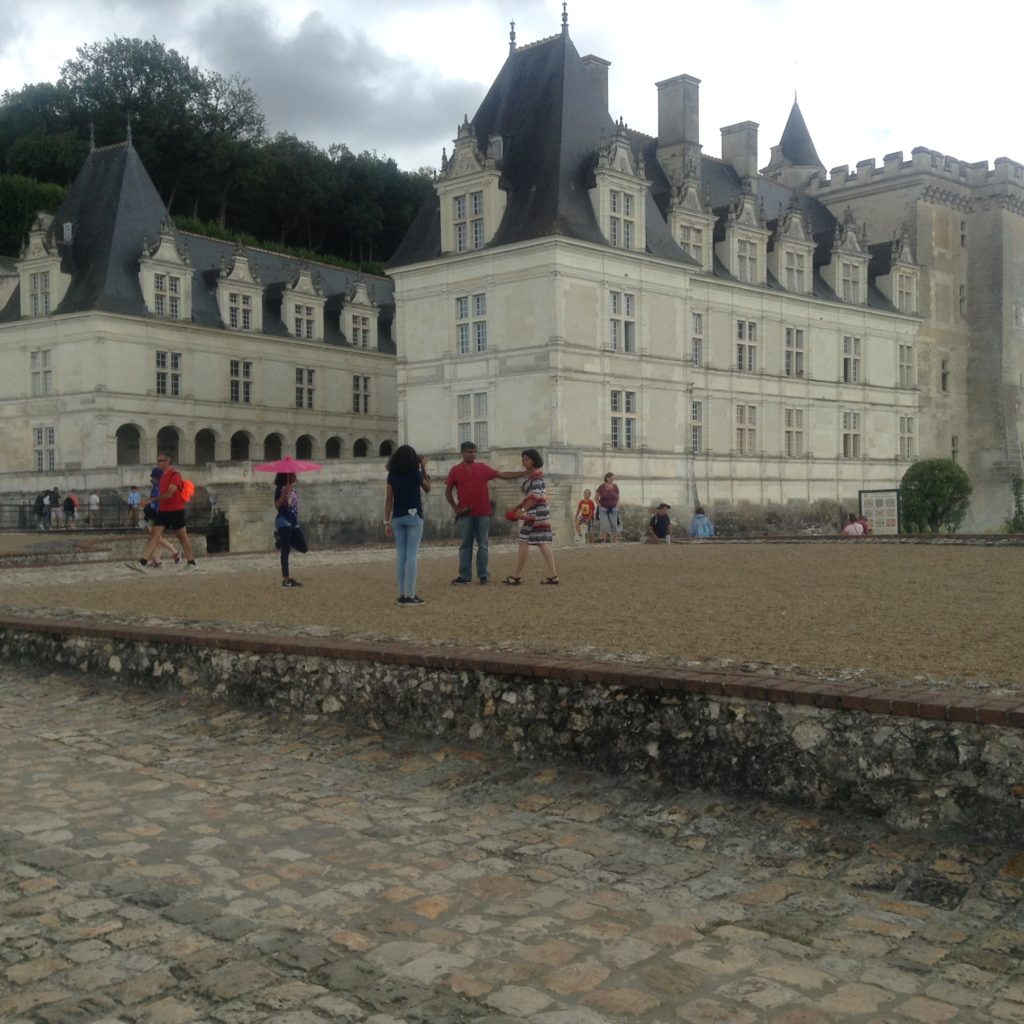 The second part of the day was the tour of Villandry, built around 1535 and walking around Tours looking for a good restaurant and we found one with the help of the hotel staff.  Need to remember to ask the hotel staff every night.

3 comments on “Day 5 Saumur to Tours”