Rochefort, BE to Luxembourg City, Lx. Not a ride for the faint of heart

This day ranks right up there with some of our hardest days.  Bottom line is we got spoiled with all the flat terrain in Netherlands and the Flanders part of Belgium.  The rest of Belgium is downright hilly.

Leaving Rochefort, we started climbing immediately.  We had successive climbs and descents.  I was clocking the climbs and they were of the two mile long and lowest gear variety.  Nice coasts downhill but we froze on the descents.  After almost two hours, we had covered only about 15 miles .Very demoralizing, but the terrain improved after St. Hubert.   From there the terrain became rolling hills.

The salvation of the day was the tailwind for the last 20 miles or so.  It was just what we needed to finish today’s ride on a positive note.  We left around 8:40am and didn’t get to our hotel until 5pm.  We covered 74 miles which is a little more that Brian and I are comfortable doing in a day at this stage of our lives.  Only one more day of riding and it should be a short one, around 30-35 miles.  Then we have a four and a half hour ride back to Amsterdam.

We leave Chris at the Trier, Germany train station so he can catch the first of six trains he needs to ride to get back to Kopelain (sp?).  The biggest bummer for Chris is that the first train from Trier doesn’t leave until 8:30 tomorrow night and he’ll have to ride and switch trains all night.  Beth, Brian and I will be sleeping soundly in our hotel in Amsterdam tomorrow night.  We’ll be thinking of you Chris. 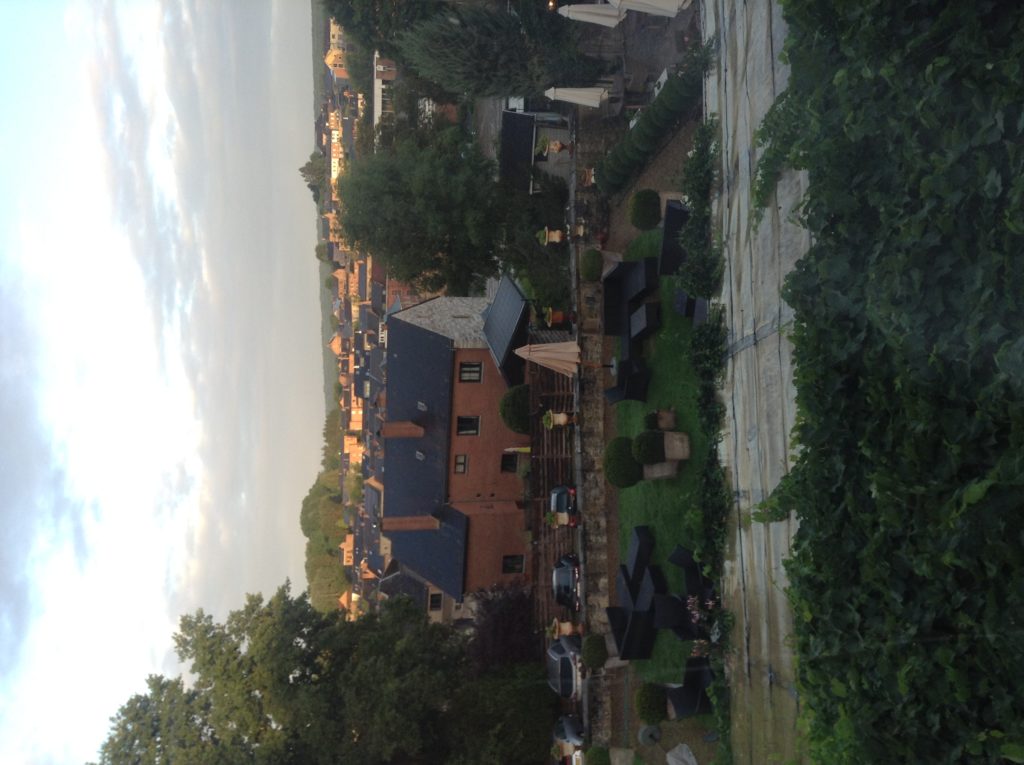 A view from the window of my room at our hotel in Rochefort. 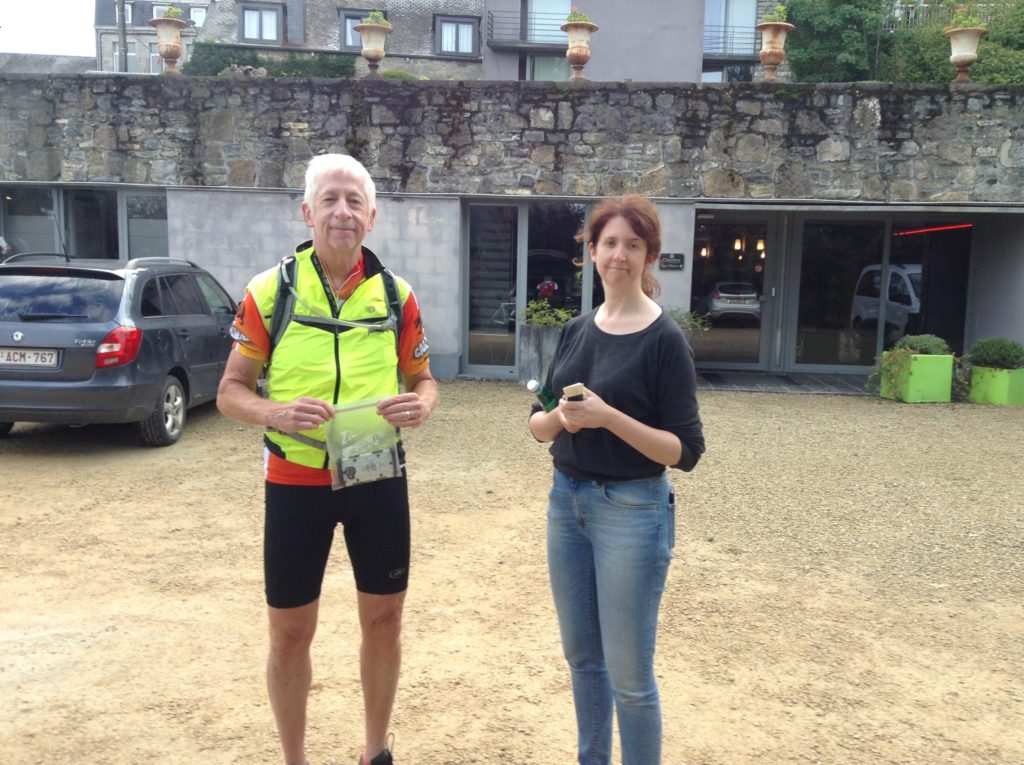 Getting ready to roll out this morning. 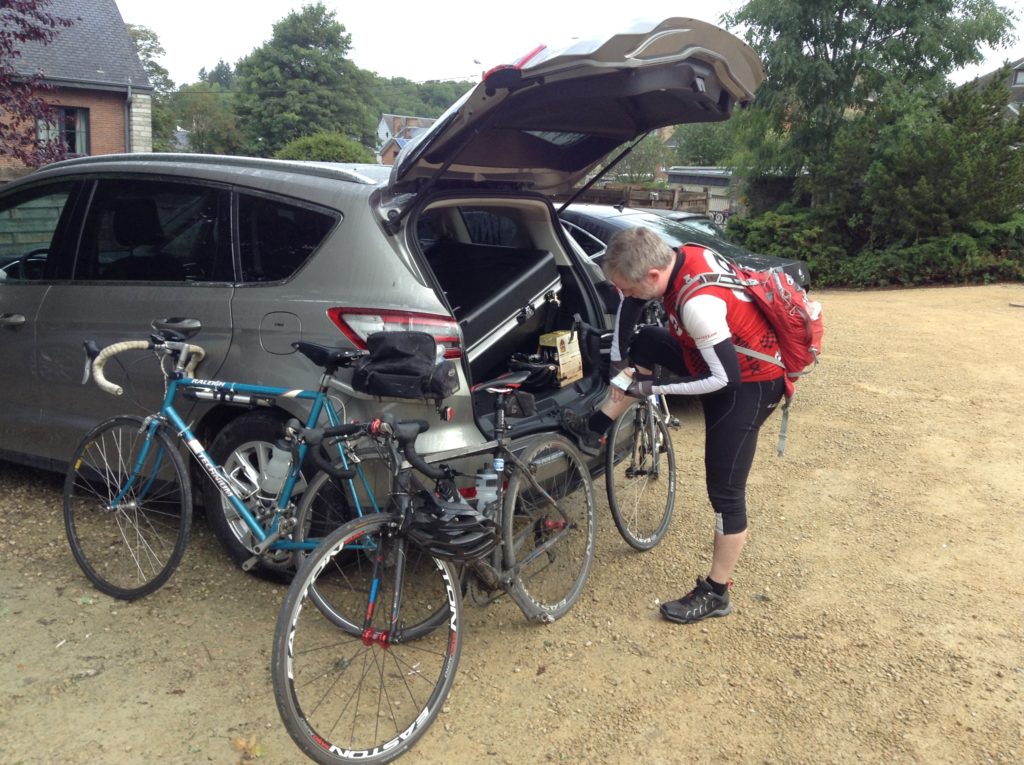 After two hours of climbing and descending, our first rest stop on some church steps in St. Hubert. 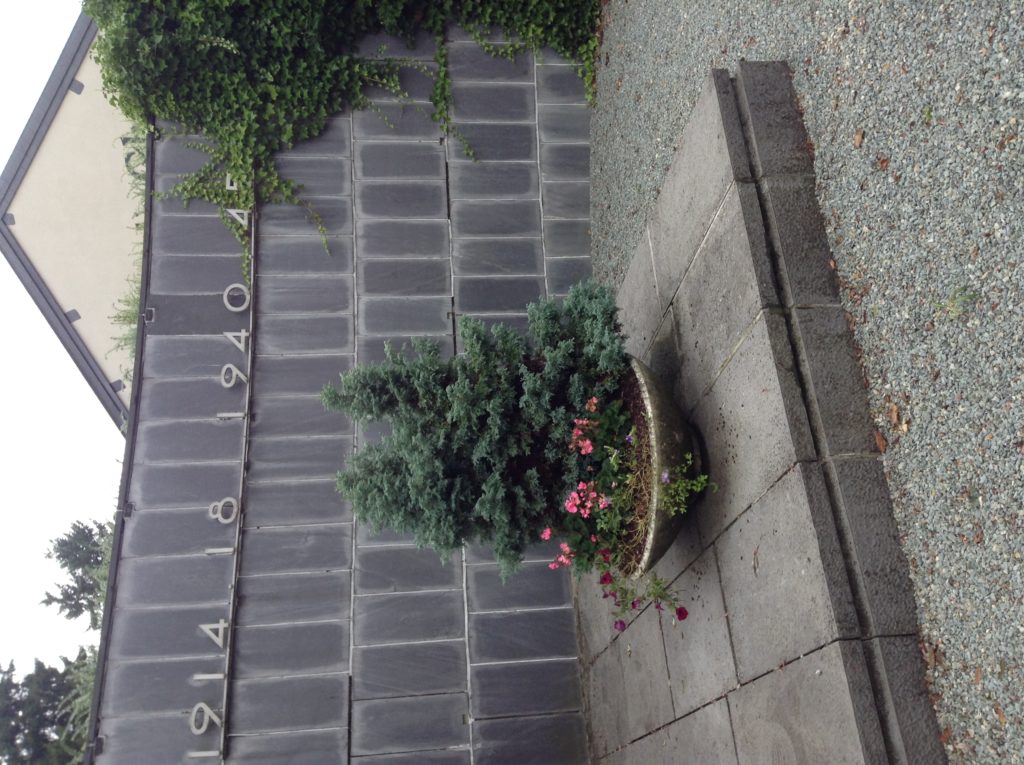 A monument/memorial at the base of the church steps. Major battles in WW I and WW II were fought in Belgium. 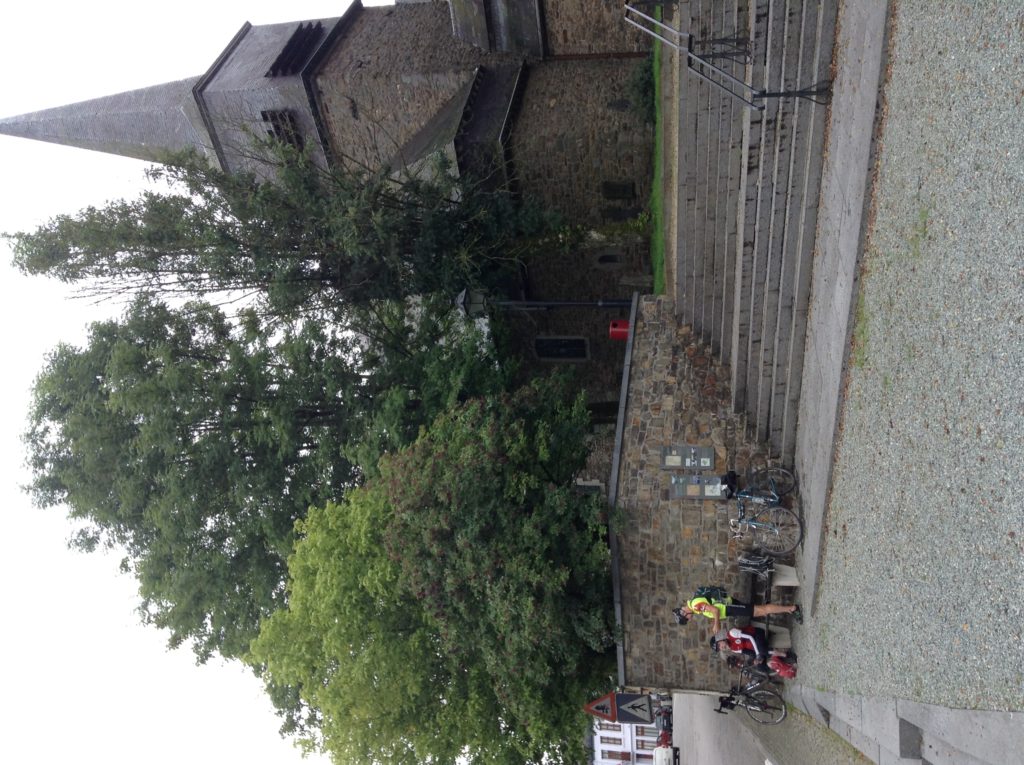 Brian taking a break. For some reason, we didn’t eat much today. 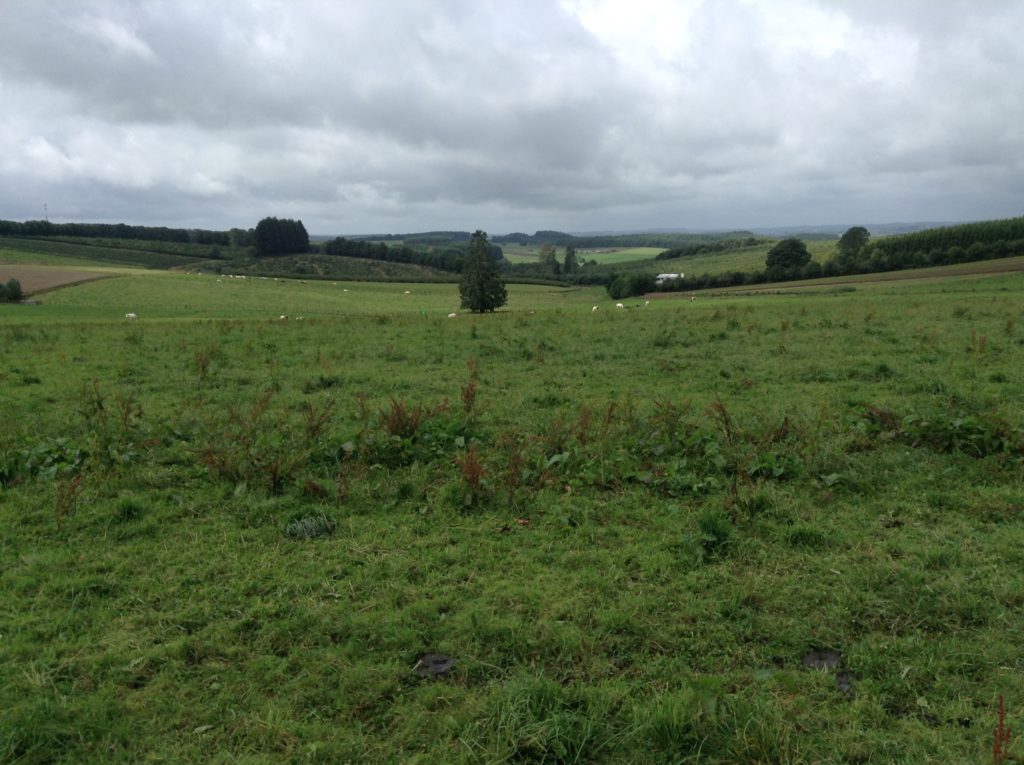 A view of the countryside from this afternoon. 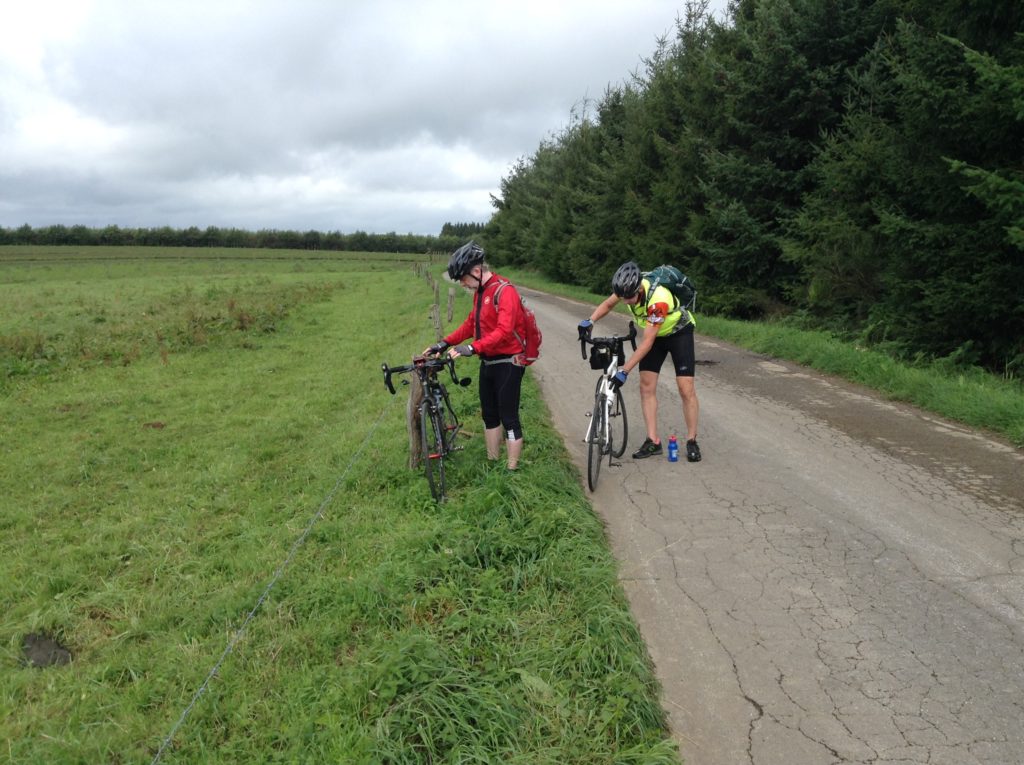 Afternoon break along some narrow agricultural roads. Very rarely did we come upon cars along these roads, fortunately. 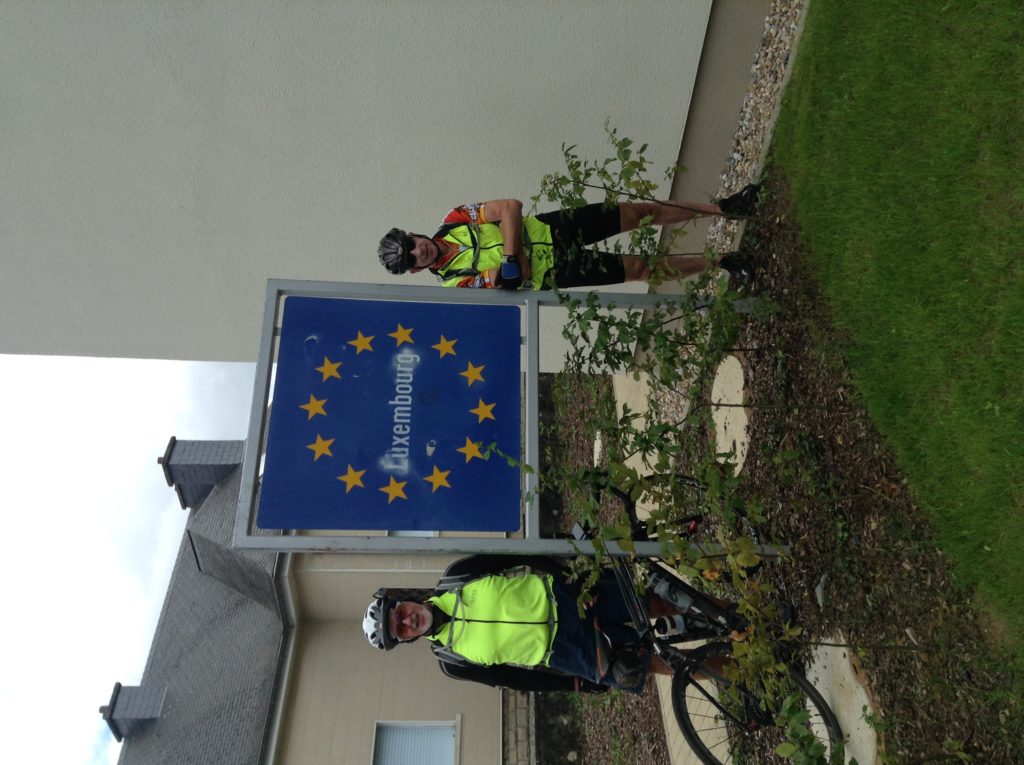 Welcome to Luxembourg. I entered my third new country on this trip. Not much of a sign but more than Belgium had.

3 comments on “Rochefort, BE to Luxembourg City, Lx. Not a ride for the faint of heart”