I’m having a blast and am already making plans for next year.  Even though it rained most of the day, we enjoyed the scenery.  Unfortunately, it’s hard to take pictures when it’s raining. Here goes my attempt at today. 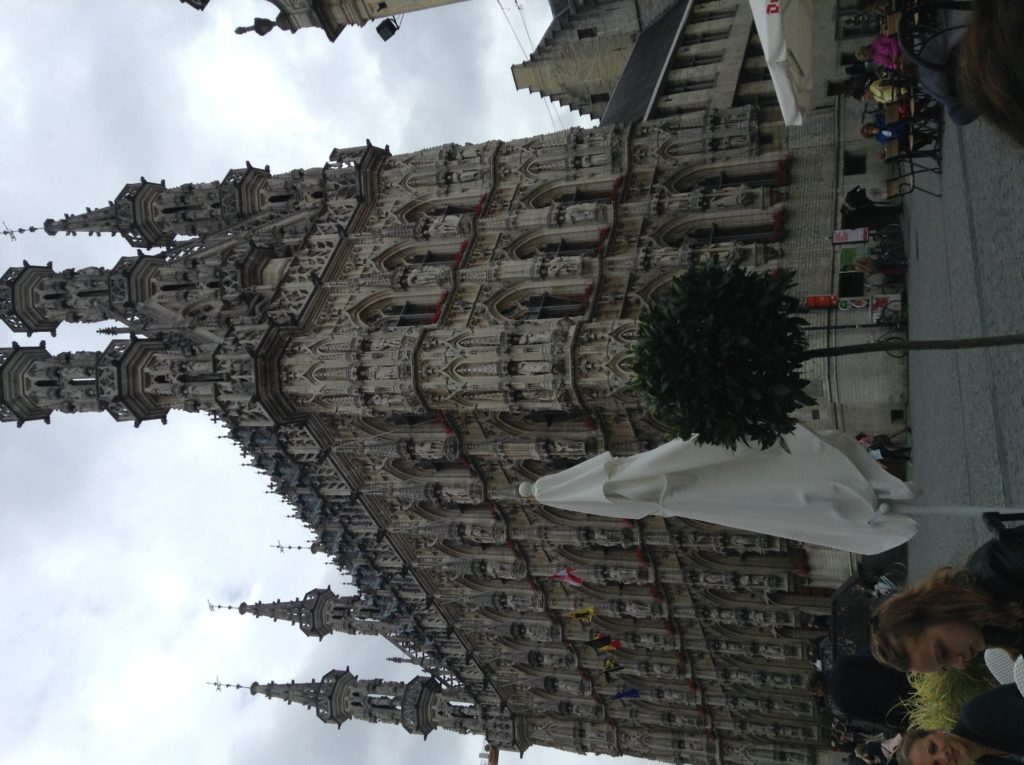 The most elaborate church I have ever seen. Leaven, Be 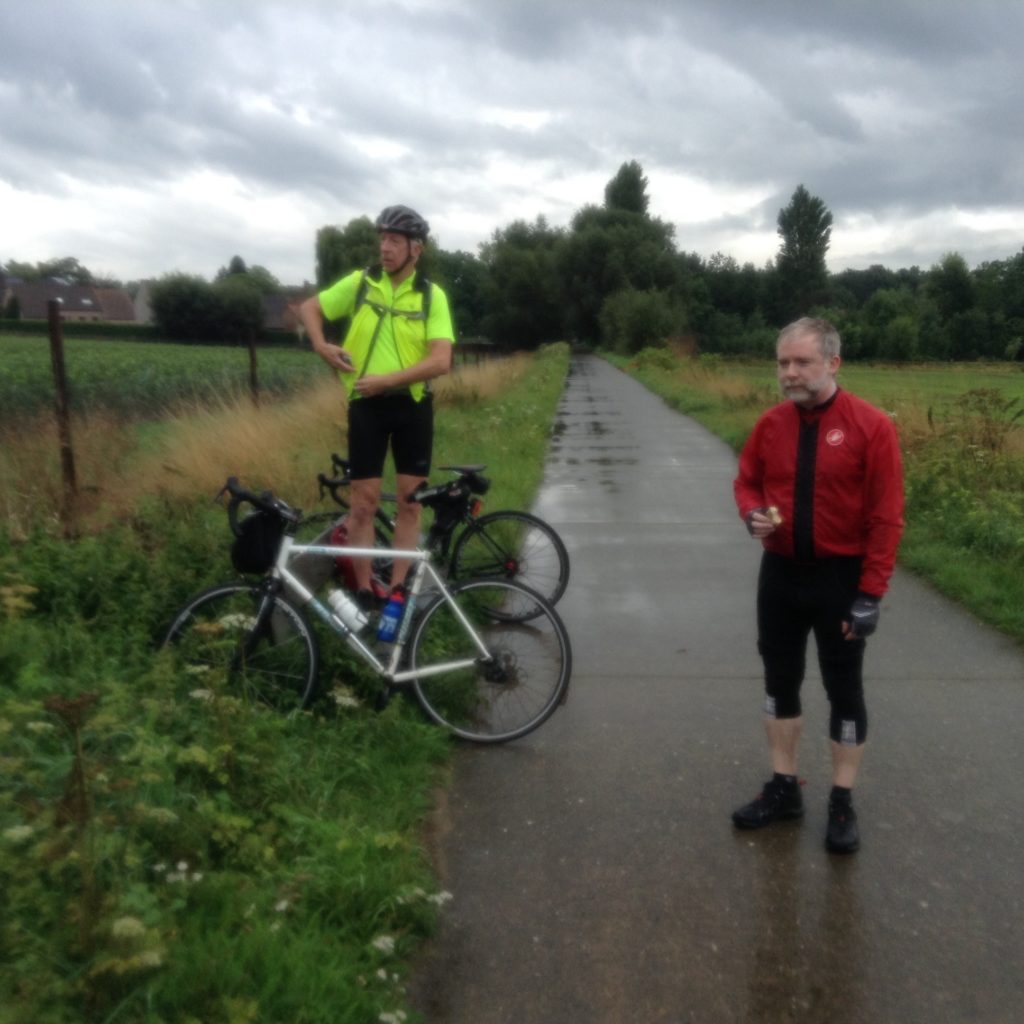 Morning break after getting soaked. 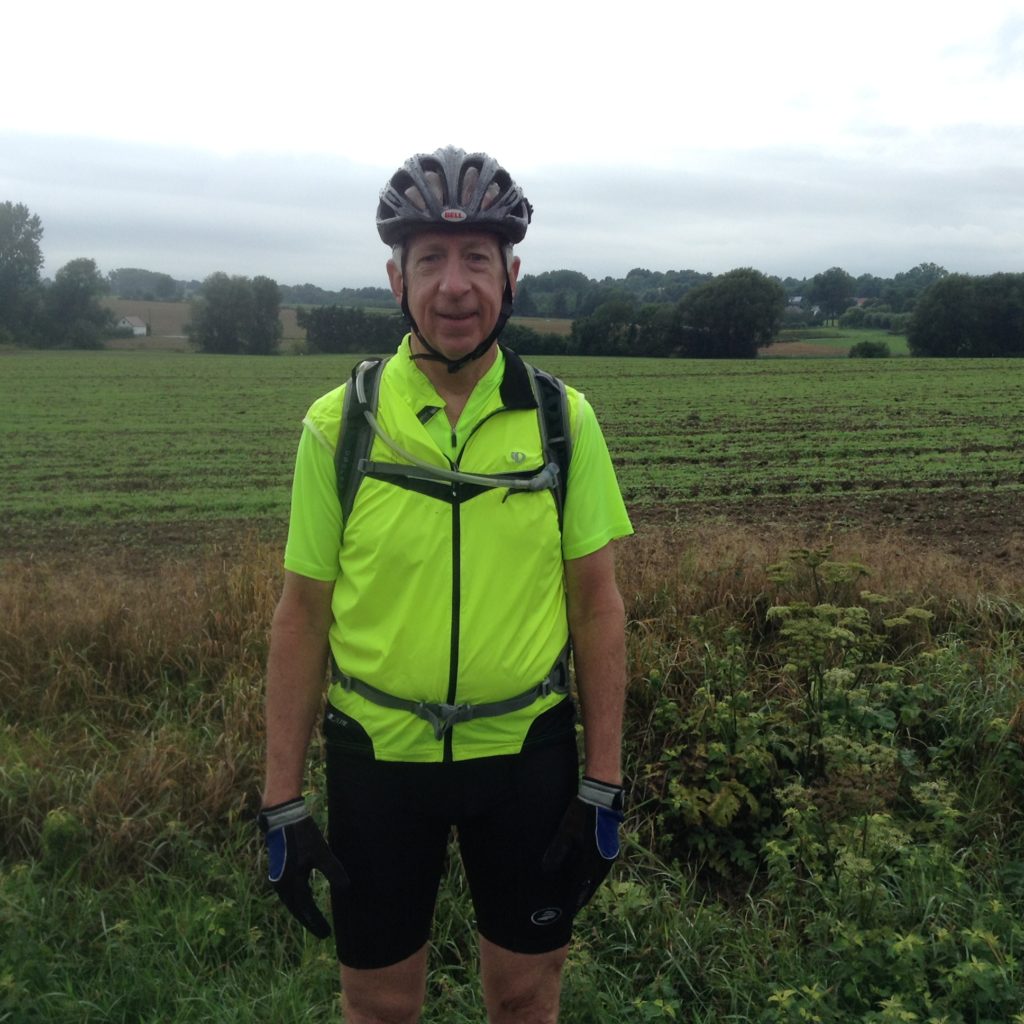 I forgot to count so Brian forgot to suck in his gut. 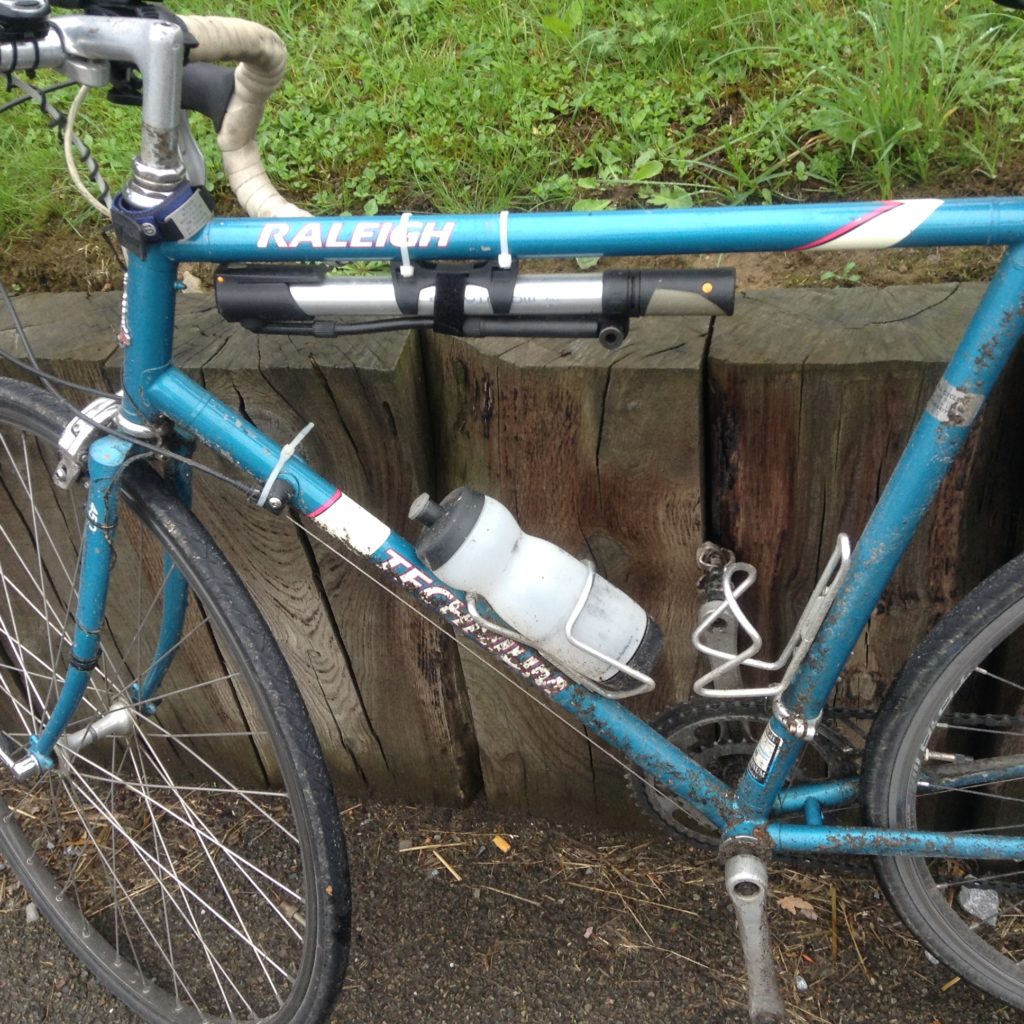 The dirtiest my bike has ever been. The picture does illustrate the real thing. 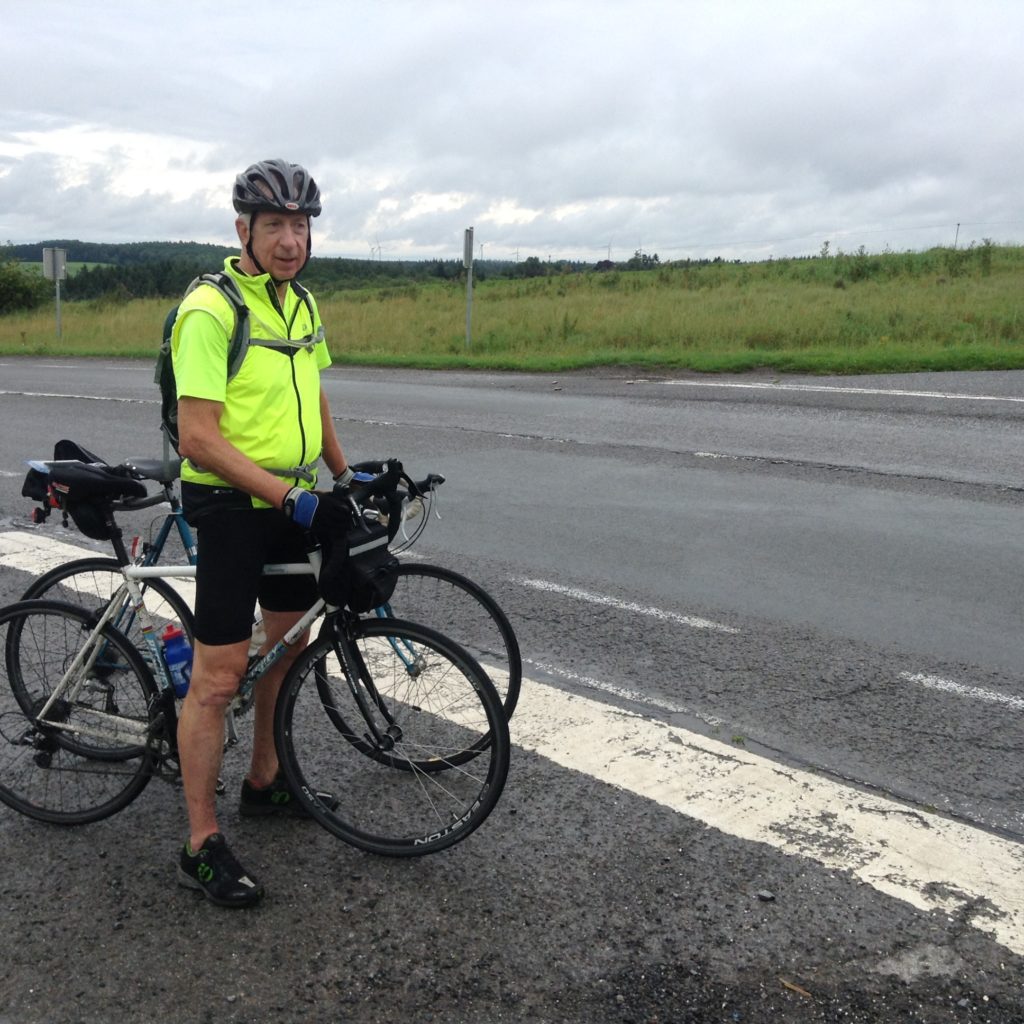 The scenery was spectacular but it doesn’t show on a cloudy day. 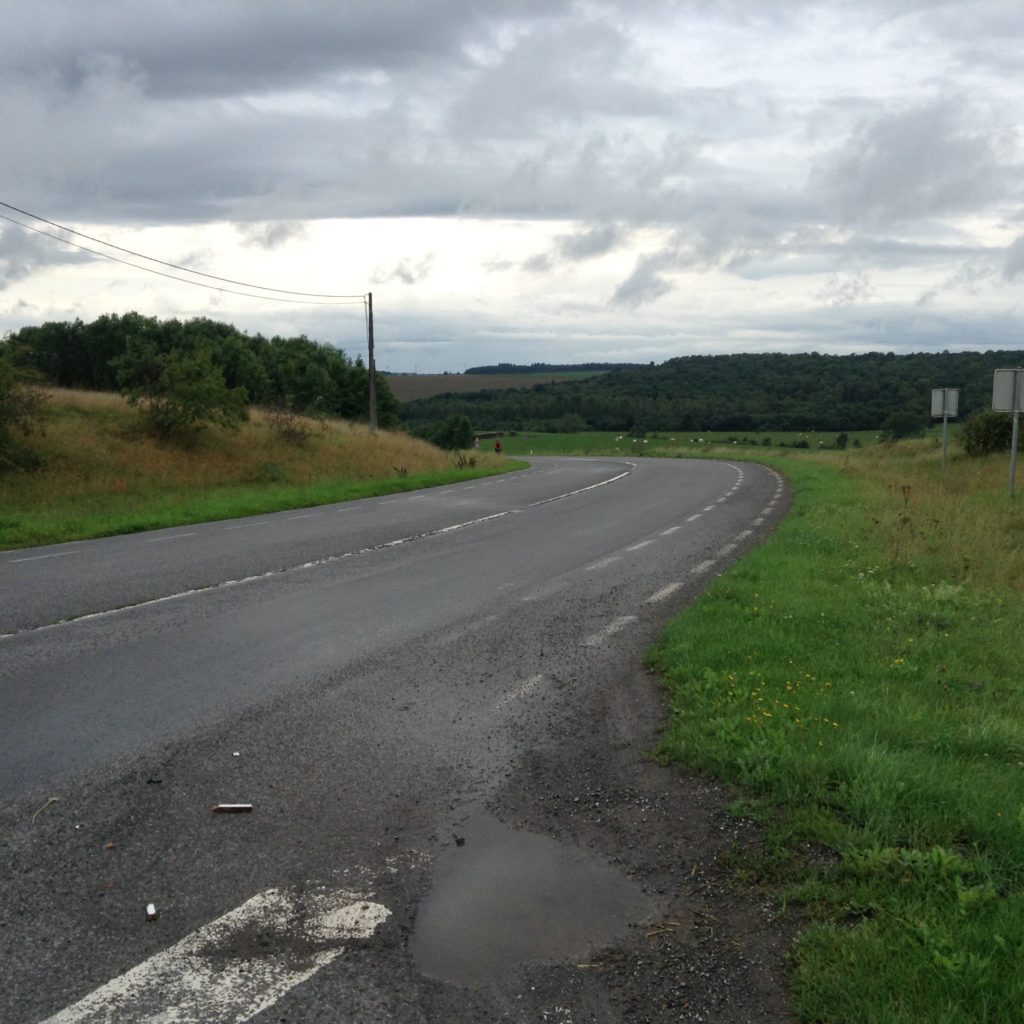 Brian and I are waiting for Chris to finish climbing this hill. It only goes one way. 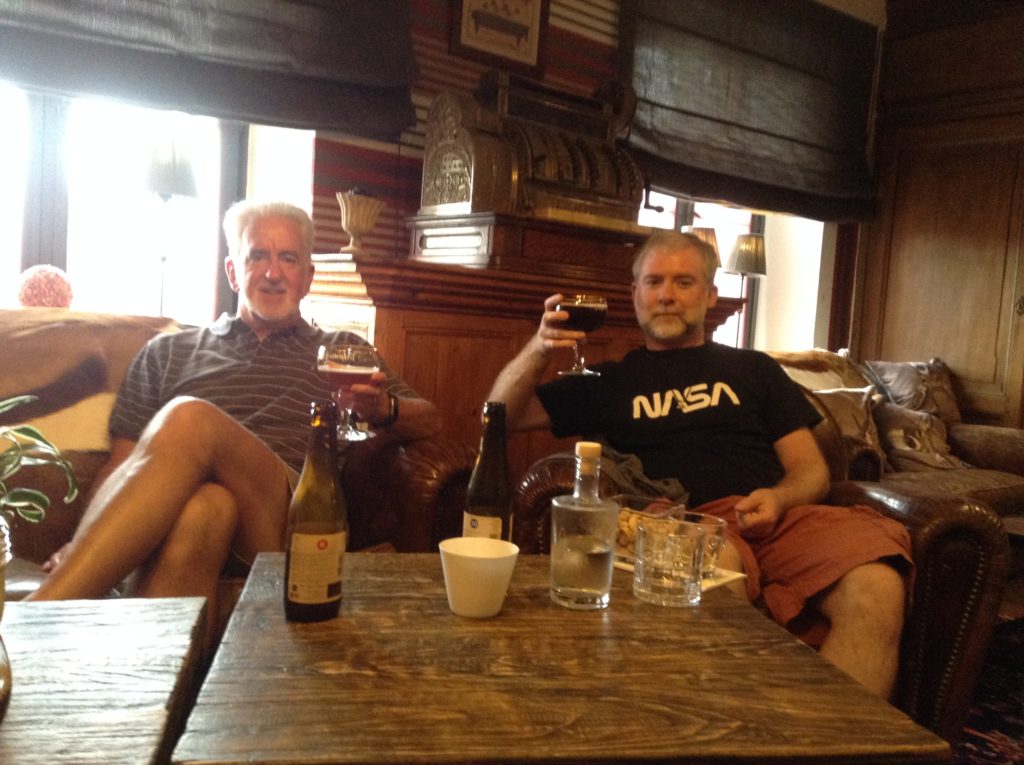 A nice beer in the lounge of the hotel after a long day. 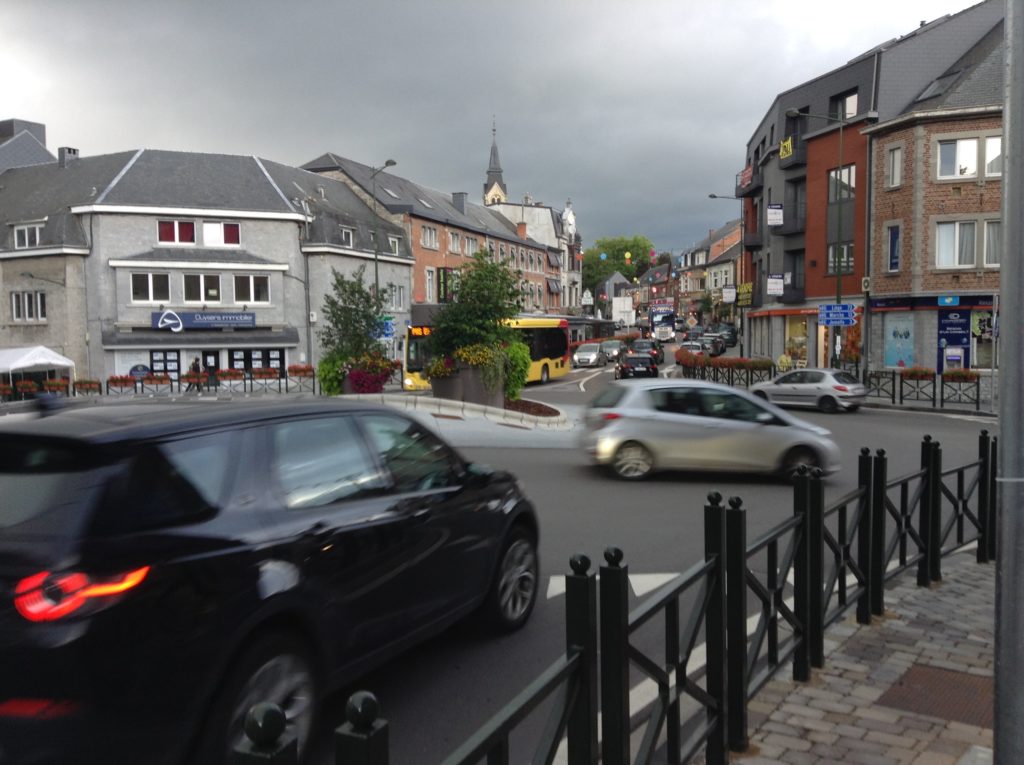 A street scene in Rochefort, BE. 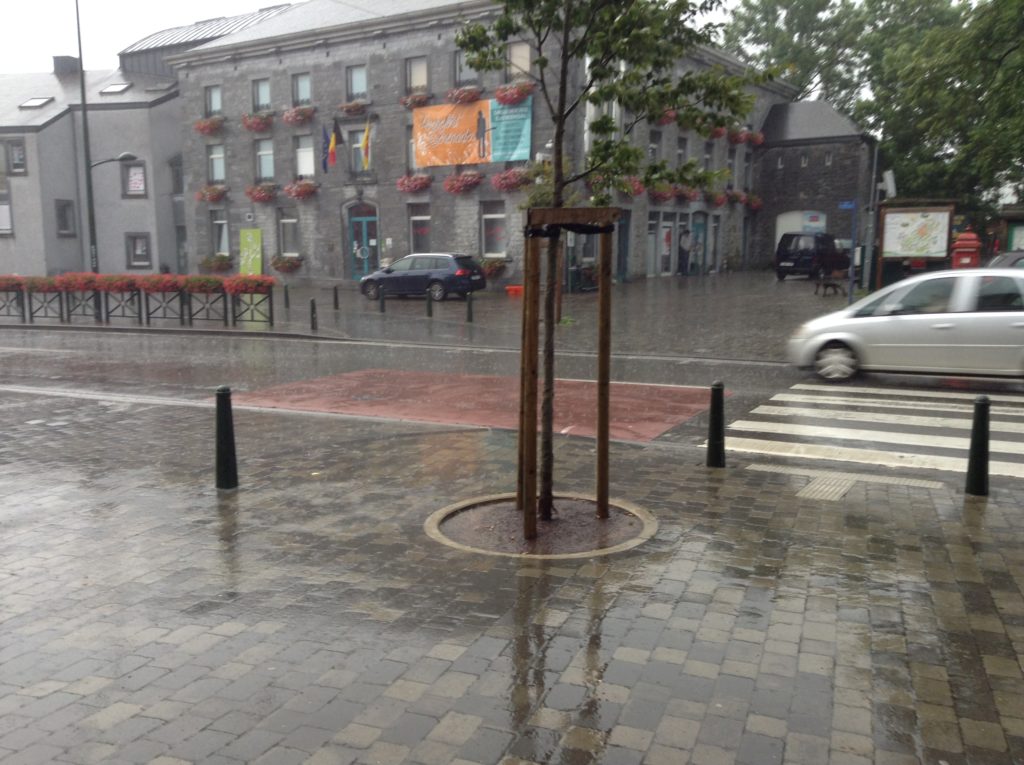 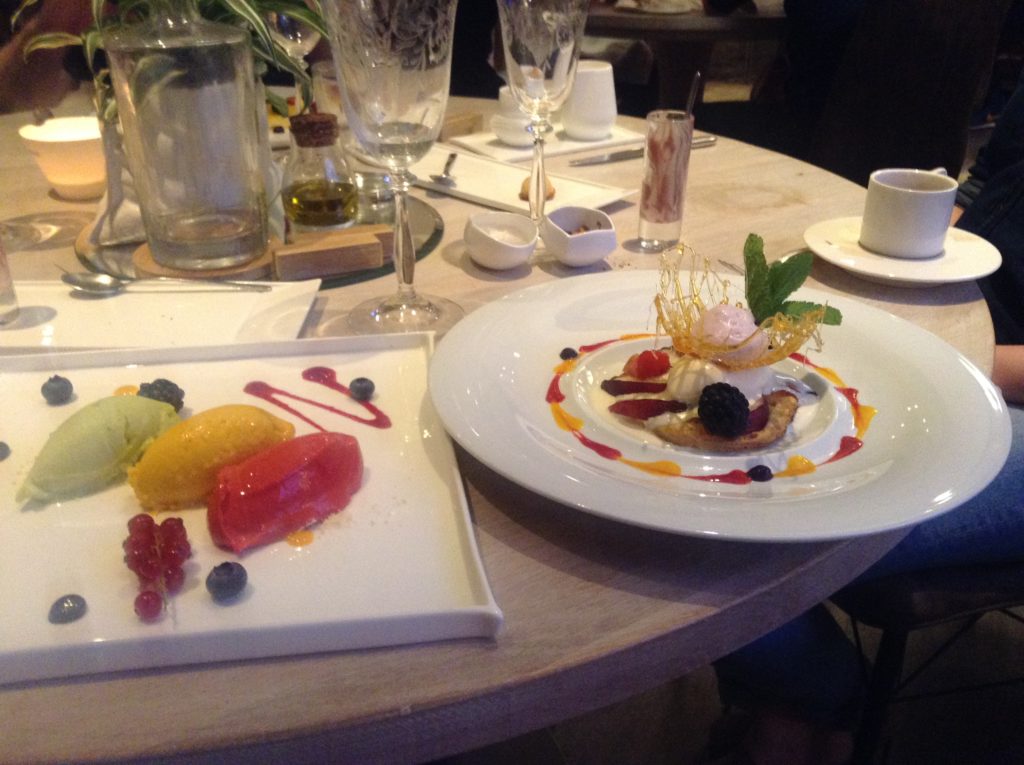 A picture of Beth and my dessert which followed our best meal yet. Served in the French style.

Google maps failed us today.  Took us on gravel paths almost impossible to ride.  We had to walk almost a kilometer on one of the paths.   Also met a Belgium named Yeve, also traveling to Rochefort.  Rode with him until Namur when he took a different route.  Brian and I wished we could have taken the route he had mapped out.

Today was supposed to be 71 miles but I suspect it was more.  I don’tknow the exact mileage because my odometer got too wet in a rain shower this morning and stopped working.  Tomorrow is about the same distance but it’s supposed to be nice tomorrow.