Tim, Mark and Matt returned to Philadelphia on a late morning flight out of Jacksonville.  I slept in but Beth had to ride early to drive them to the airport and then return back to St. Augustine.  This was just one more way that Beth earned her money on this leg of the trip – I was really happy not to have to get up early.

When Beth returned, we had a light breakfast in the hotel and then did some sight-seeing in Historic St. Augustine.  We stated out spending a few hours inside the Castillo de San Marcos Monument and then walked through the many streets of the old town.  We ate a late lunch at the Prince of Wales Restaurant, an English style pub in the old town.  We looked for nice tee shirts but weren’t successful, and we tried to get into the Basilica Cathedral of St. Augustine, but since it was Saturday it was all booked up for weddings, so we couldn’t get in except for a little peek.  About 3 p.m. we went back to the hotel, Beth did some laundry using the hotel laundry room, and I went back to my room to work on an exam I had to give to my Villanova University class on Monday evening.  We got together a little before 5 p.m. and went to Saturday night mass at the Basilica Cathedral, which was really nice.  Here are some photos of our day together touring Historic St. Augustine. 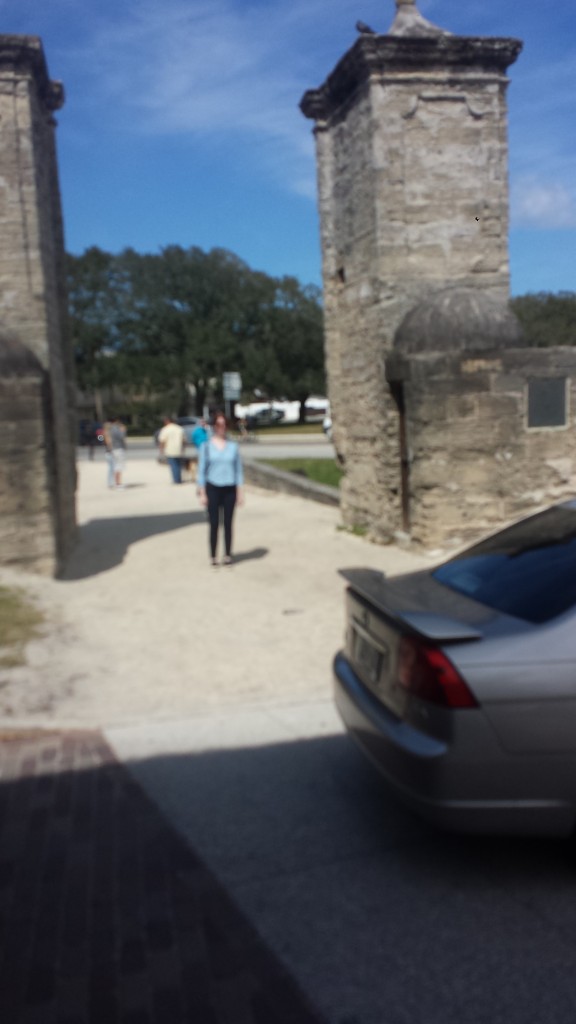 Beth at the old city gates of Historic St. Augustine. 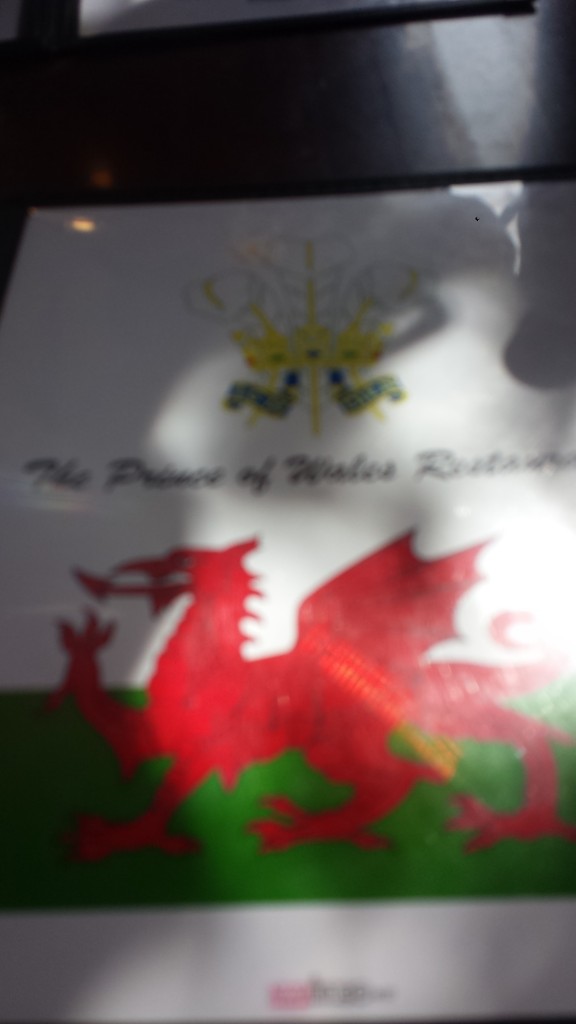 Photo of menu cover for The Prince of Wales Restaurant – Historic St. Augustine. Sorry the shadows almost ruin the picture. 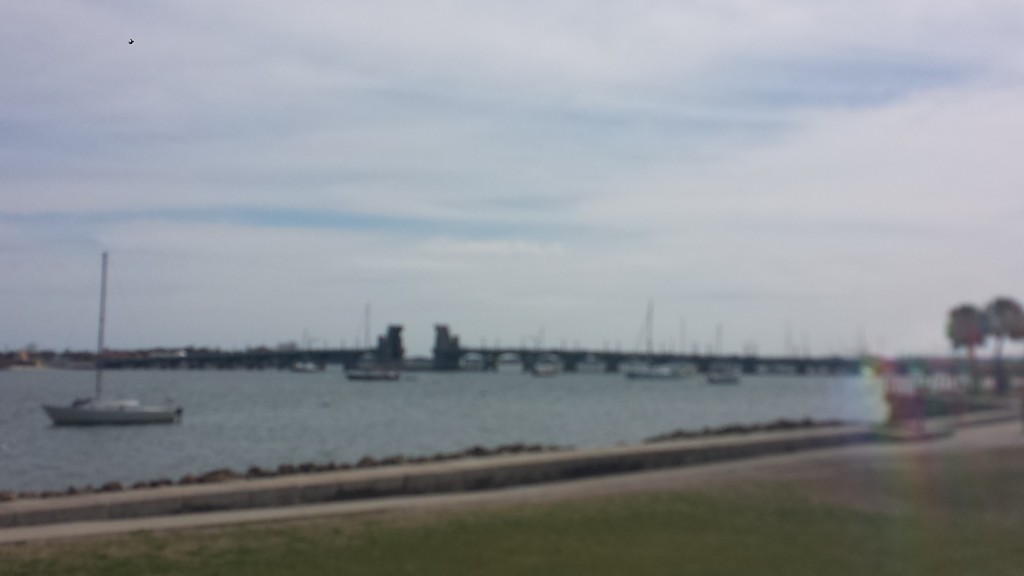 St. Augustine Bay and open drawbridge on A1A. This bridge reminded all of us of the old Causeway Bridge into Ocean City – it had a very similar architecture. 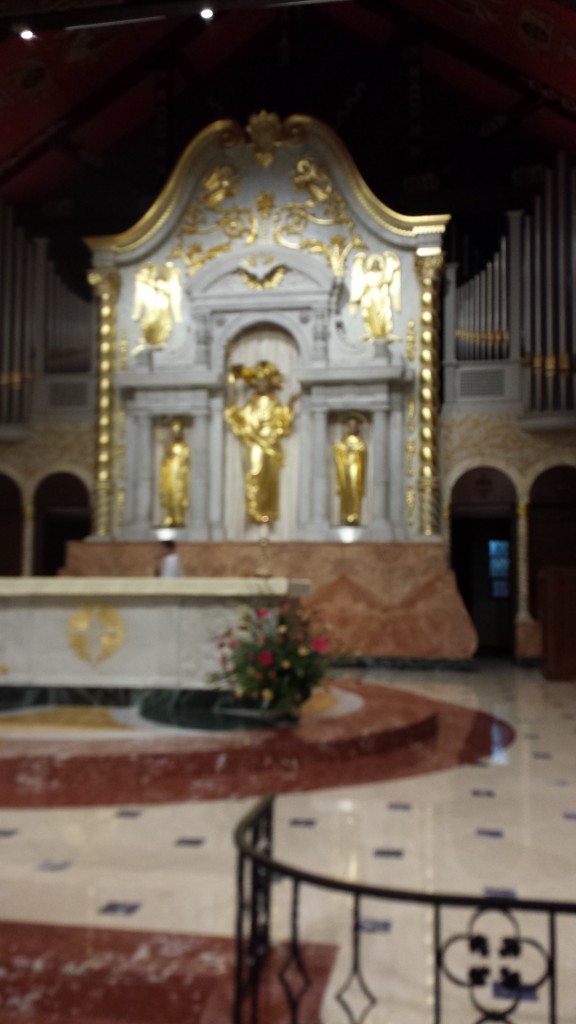 Altar in Basilica Cathedral of St. Augustine, where Beth and I went to Mass on Saturday night. 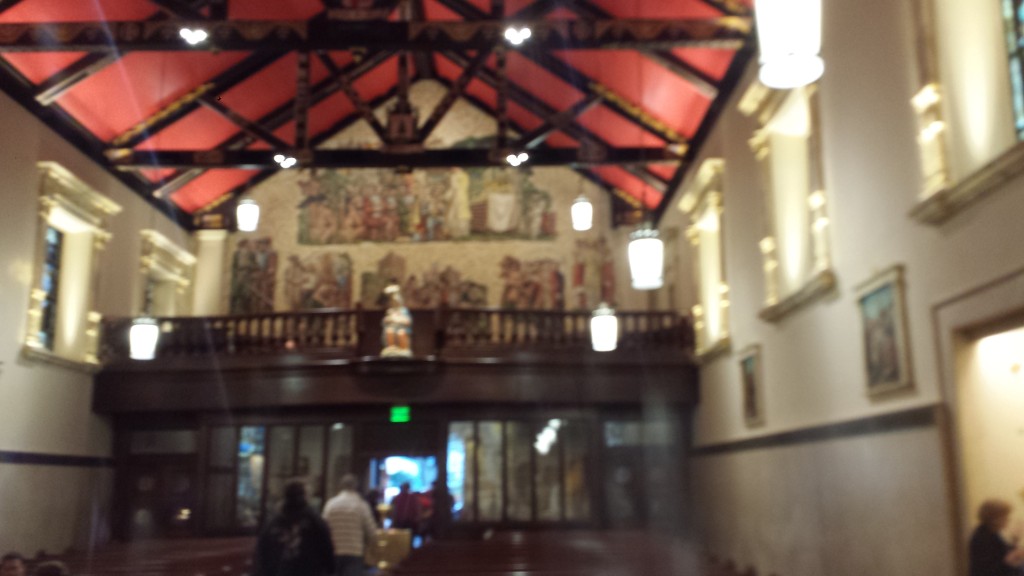 Rear view with ceiling of Basilica Cathedral of St. Augustine.

At dinner on Friday night, Beth asked all of us what we had learned about ourselves from completing the ride, which was a very interesting question.  Here are some of my thoughts on that question:

I really need a lot of sleep to keep up with everyone on the rides, and it helps a lot to not do any work to get that sleep.  I didn’t really appreciate this until the final leg of the trip.

Biking across the country has to be one of the very best ways possible to see the United States.  By and large, with only a very few exceptions, people were extremely frienndly, talkative, and interested in what we were doing.

Florida is one of the most, if not the most bike friendly states in the entire United States!  We almost always had a bike lane and drivers were always extremely courteous, whether or not we were in a bike lane.

I think I am tougher than I realized.  Again, it took the last leg for me to accept this (despite all my falls on previous legs) and I only realized it becuase I was so sick leading up to the ride, and also during the first and last rides of the final leg.

There are probably more things I learned, but I will close by saying that I learned it is great to have a goal and persue it whole-heartedly.  Which is why we’ve started looking for another ride to do, whether it is something local, the Pacific Coast route, or another cross country route across either the middle or northern part of the U.S.  So stay tuned!

One comment on “Day 9 – Historic St. Augustine and some final thoughts”