As the sun rose on our final day of riding, I was still feeling the affects of some kind of food poisoning, which was causing numerous trips to use a bathroom during the night and into the morning.  Fortunately I did not have stomach pains, but I was not able to eat much for fear of losing it shortly thereafter.  I decided I could still do the ride, because a) there was no way I was going to miss this final ride, b) it was not going to be more than 50 miles or so, and c) I felt I could do a relatively short ride with little or no breakfast.  But then Beth remembered that she had some Imodium AD pills and I took them and used them.  Would you believe that was the first time in my life I had ever used anything like that? I am still amazed that those two tiny pills could possibly be so effective!  They really did the trick and made it possible for me to eat some food during the ride – so thanks again Beth!

The day turned out to be overcast, breezy and chilly, starting shortly after we left Palatka.  But I would not say we were ever really that cold during the ride – we definitely weren’t warm and comfortable either, but we were not overly cold.  I took just a few pictures during the ride and many more by the Atlantic Ocean at St. Augustine Beach and also within Historic St. Augustine.  Hope you enjoy them! 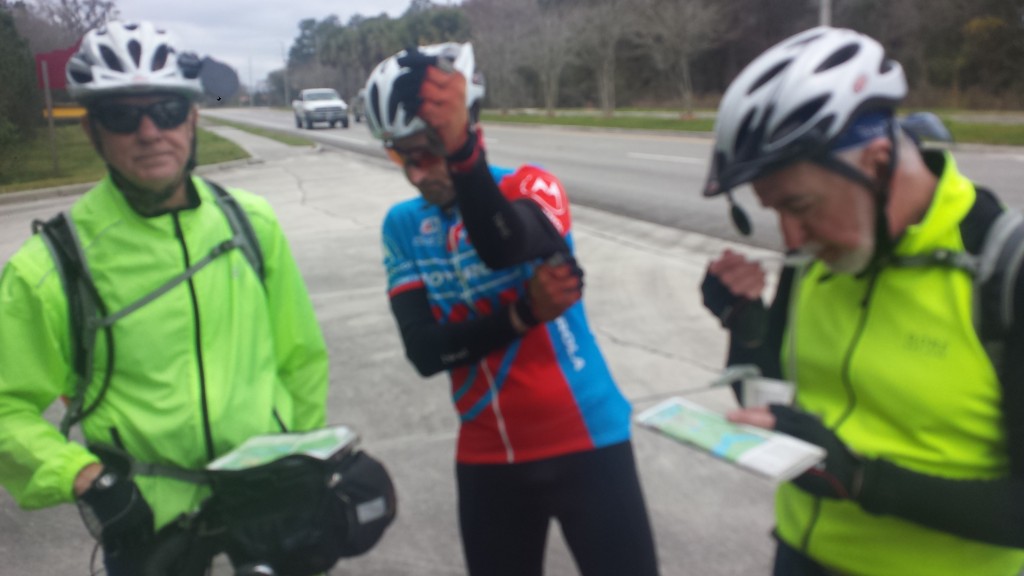 First stop on our final day of riding, somewhere along Rte. 207. It was cold so neither this nor our two other stops lasted too long.  As usual (and fortunately for all of us) Tim is studying the map! 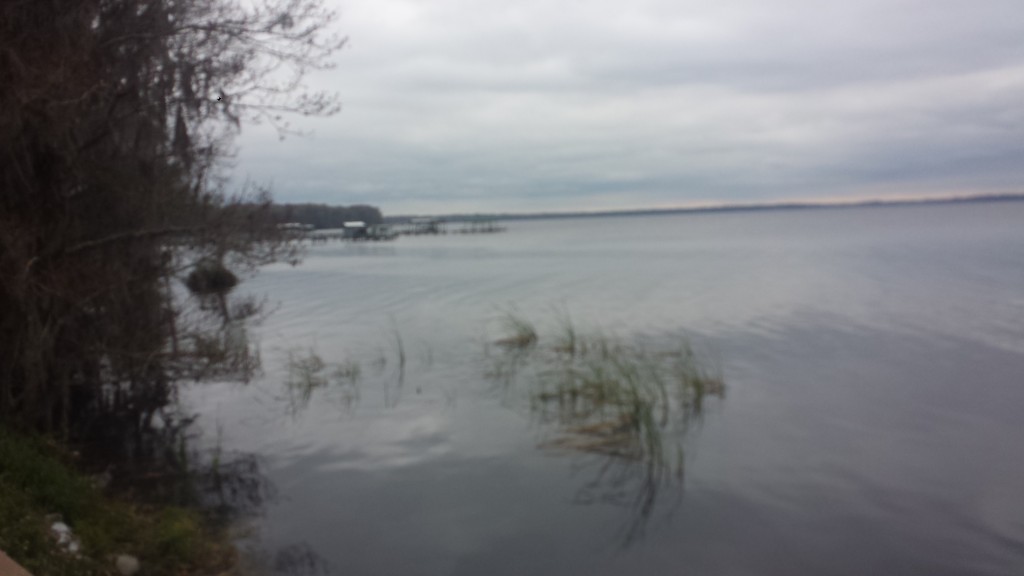 View of the St. Johns River from CR13. This was on our 2nd stop of this final ride.

When Tim was planning the final day’s ride while we were in our hotel in Palatka, he was determined to find the best route to the St. Augustine Beach, which was not at all clear from studying the maps.  At the time I was ambivalent about actually riding to the beach and dipping our tires into the Atlantic Ocean.  But once we found the beach and performed our ritual of tire dipping, I was really glad we did!  It was actually nearly emotional, since it had taken us four years to complete the ride and accomplish the goal.  Here are some pictures on the beach. 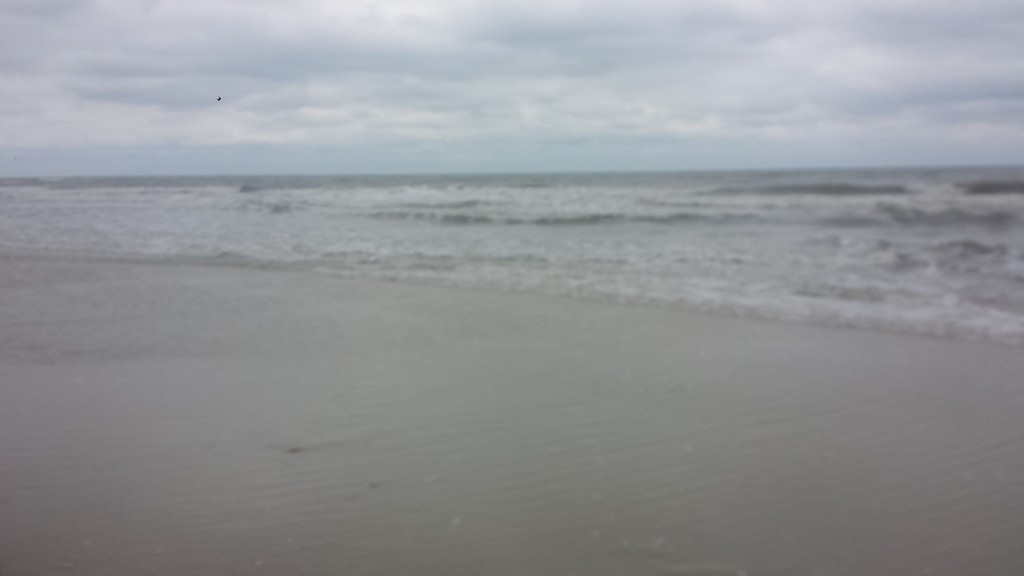 View of the Atlantic Oceam from the St. Augustine Beach. It was almost hard to believe we had finally made it! 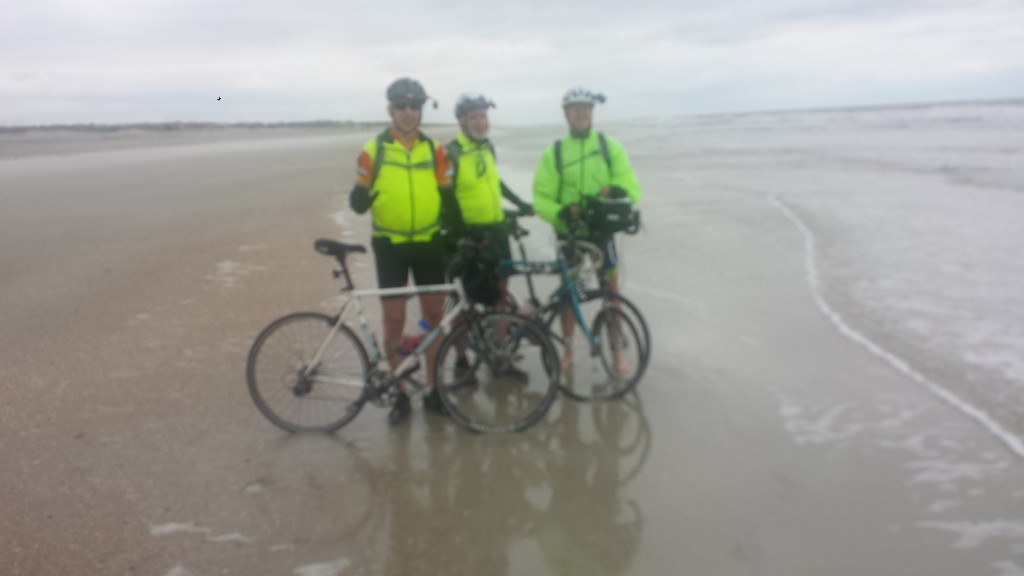 The brothers dipping our bike tires into the Atlantic Ocean at St. Augustine Beach. 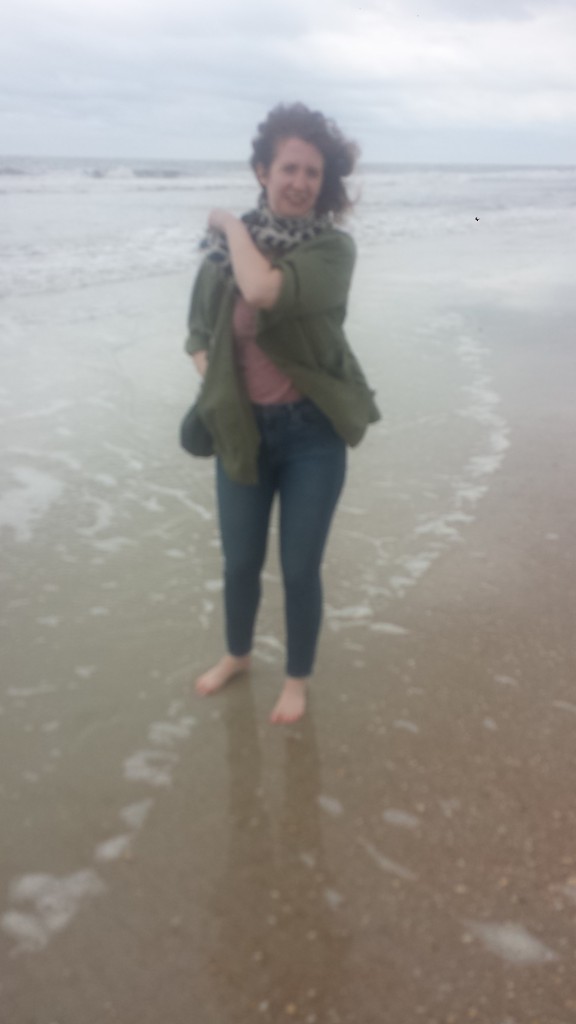 Barefoot Beth on St. Augustine Beach – we all know we could never have completed the ride without her help! She was there for us every single day of all six legs! Thanks so much Beth! 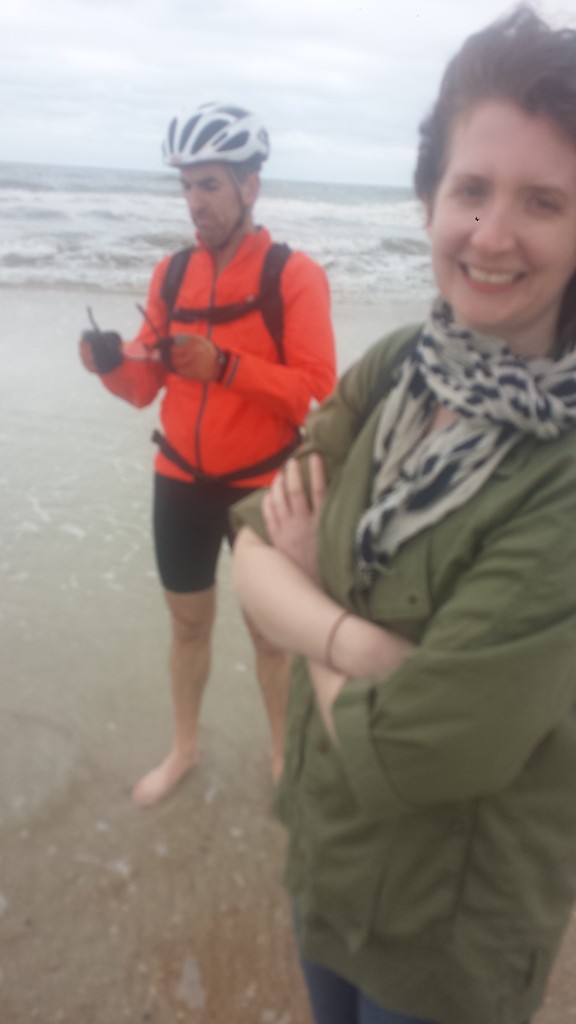 Matt and Beth on St. Augustine Beach. Unquestionably, Matt was a great help in both Legs 5 and 6, readily taking the point and allowing us to draft behind him, thereby making it easier for all of the brothers. Thanks Matt! 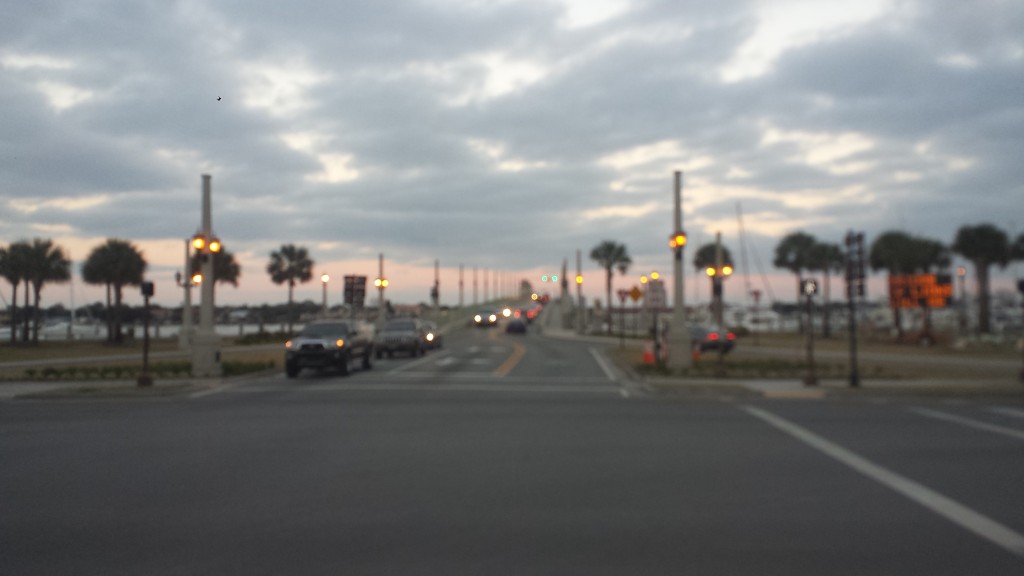 Bridge on A1A from downtown St. Augustine to St. Augustine Beach. When the brothers went over the bridge, we had no problems. But Beth got held up by the drawbridge opening.

After the beach, we rode back into St. Augustine, disassembled our bikes, and checked into our hotel.  Beth and I went to a nearby Irish Pub for a late lunch and Mark joined us there soon after.  Then we walked around the old fort at St. Augustine, called the Castillo de San Marcos Monument.  Here are a few pictures of the Monument. 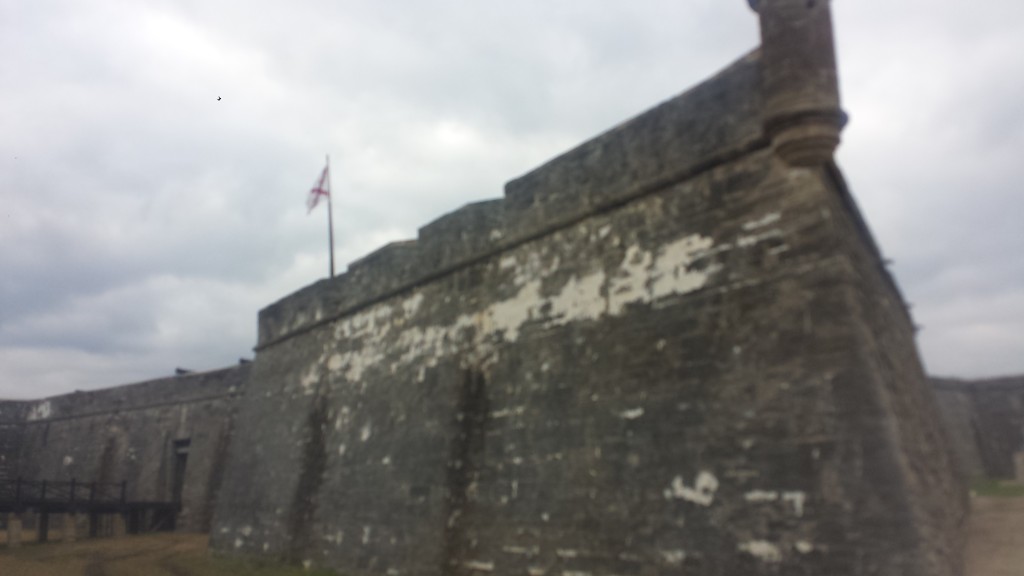 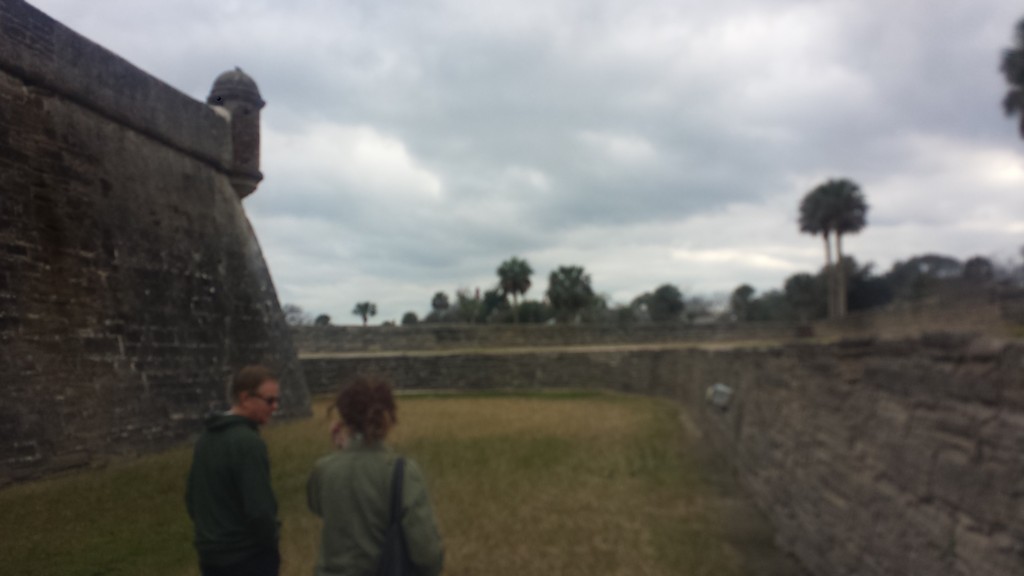 After we returned from our short walking tour, we met up and went out to dinner, after which we walked some more around Historic St. Augustine.  Here are a few more pictures from the rest of the day. 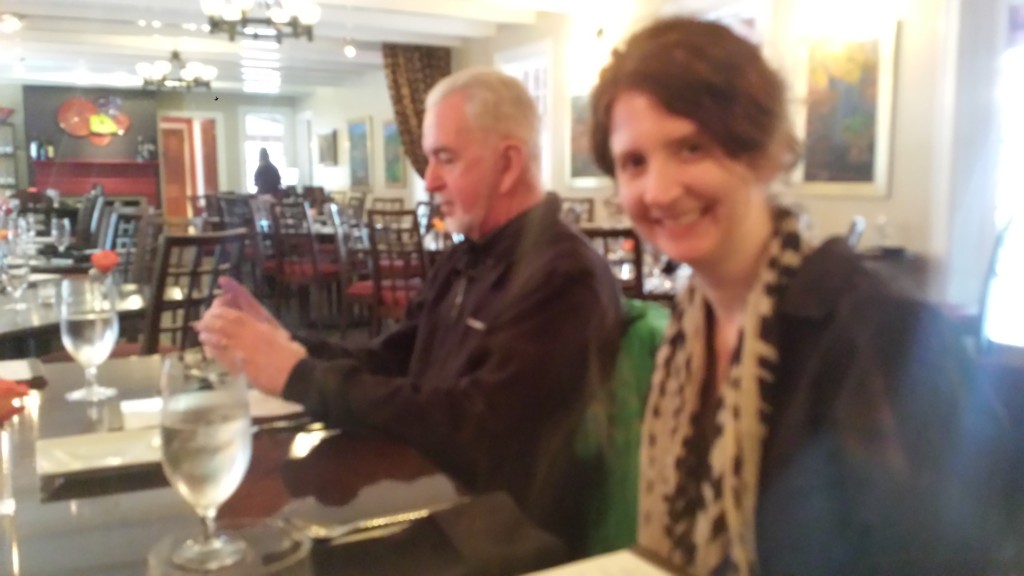 Beth and Tim at Dinner in Historic St. Augustine, after we took our bikes apart and walked around the old town. 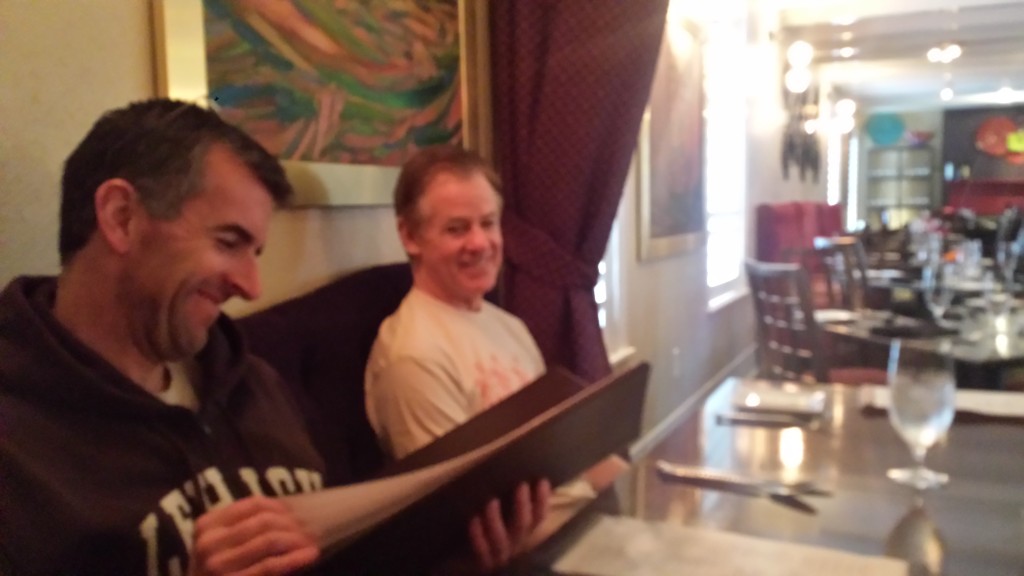 Matt and Mark at dinner in Historic St. Augustine. 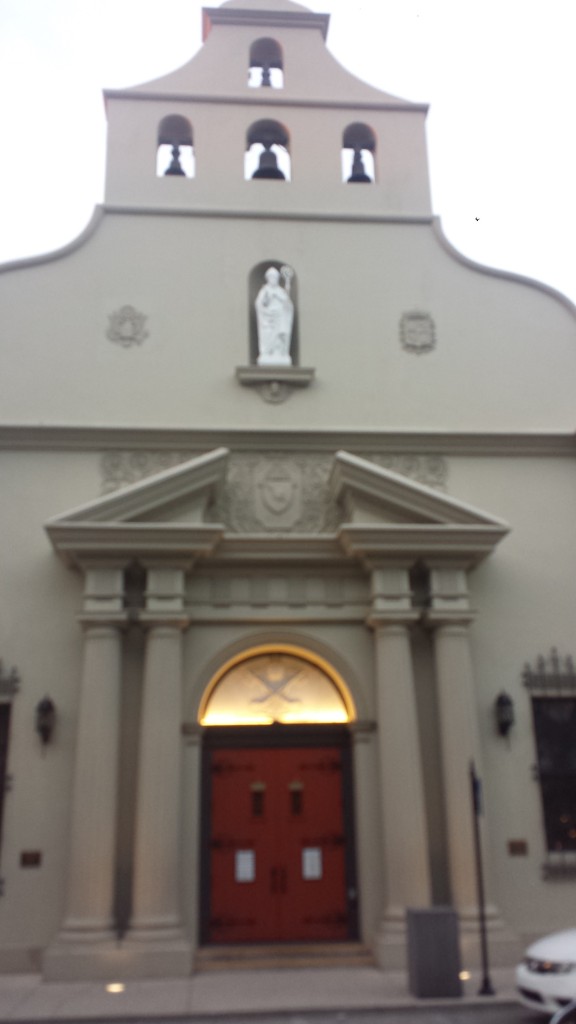 Plaza de La Constitución in Historic St. Augustine.  That’s Beth, Tim and Mark at the base of the Ponce de Leon statue in the background.

One of the best parts of the day, however, was when we returned to our hotel and had a few (Ok, a lot of) drinks in the hotel lounge.  Our main topic of conversation was the primary elections, which lead to discussions on Bernie Sander’s tax proposals, voter identification, the social security system, equal pay for men and women, and various other political issues.  It was never contenious and always friendly, and was both fun and informative at the same time.  We talked for almost three hours and we all really enjoyed it!