Now that I’m a hotel veteran, my quality of sleep usually has little to do with the place — unless the pillows are especially puffy (Does anyone like puffy pillows? What is wrong with you, if so?) — and mainly to do with my state of mind. But I’ve noticed that I generally prefer rooms with the window on my left (mimicking my own bedroom’s layout) or, even better, facing me. At the Fairfield Inn in Marianna, an okay but entirely forgettable hotel, the window was on my right. Everything just feels a little wrong when the window is on the right. I woke up at 4 a.m., noted that everything felt wrong, violated my “don’t check your phone” rule, then fell asleep for two more hours. 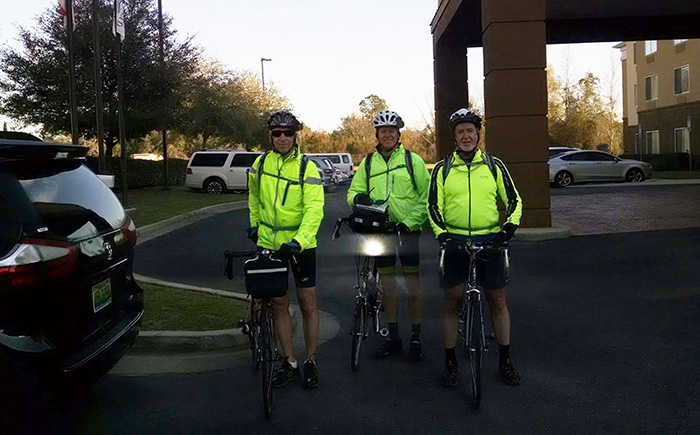 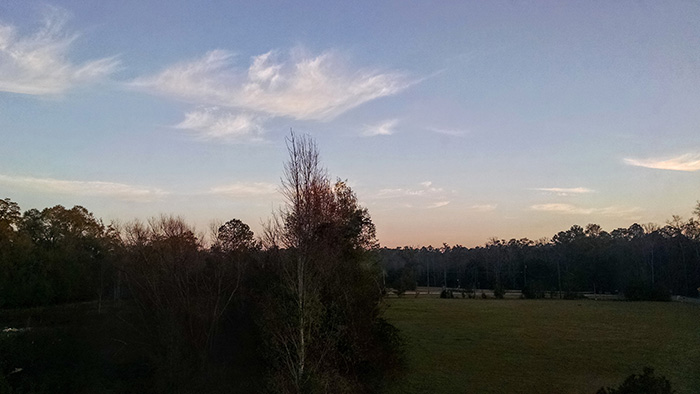 Hotel hallway shot of the day

My first order of business after checking out of the Fairfield Inn was to head to Walmart to pick up supplies. It was a beautiful, warm day; I felt very happy and floaty while I was in the store, like I was gliding instead of walking. The older woman manning the self check-out (or rather womanning it) chatted with me about the nice weather and said she wanted to run barefoot through a field of clover. It took me a few seconds to understand what she’d said because a) it was an unusual thing to say and b) her southern accent was very strong. “You should!” I told her. Good luck finding a field of clover in Marianna, Florida.

It’s nice, on a road trip, to be able to mix music with someone talking to you. On Monday’s drive I listened to a recording Andy made of a chapter from A Dance to the Music of Time, which is very British and engrossing. And long. We’re on volume three of twelve.

Our lodging for Monday night was Tallahassee’s Home2 Suites by Hilton, a brand new hotel and a pretty brand new brand, as far as I can tell. It’s a competitor in the extended stay market, and it’s nice. It feels like it was conceived in this century, which ironically means it has a lot of midcentury modern design touches. I was particularly pleased to see recycling bins in the rooms; one of my biggest frustrations about hotels is that it’s impossible to know whether they recycle. I always assume they don’t and just carry a constant mild guilt.

I was also pleased to find that the room had a full-sized fridge. I’d been worrying that the beer I’d bought in Marianna would, by Tallahassee, be too warm for Tim, but when I walked in and saw the freezer, I thought, “Jackpot.” The beer would be chilled to perfection.

The rooms in Home2 Suites all look something like this

The guys didn’t have an especially long ride that day, and I hadn’t been in the room long before they arrived. While everyone else took a nap Dad and I headed downtown for some tourism. On my trip in the fall I passed through many state capitals, but I regrettably only made it to a couple of capitol buildings. I am a fan of capitol buildings; I feel like their atmosphere can’t help but influence the tenor of the proceedings within them, and seeing them gives me an illusion of insight into what it feels like to be an active part of our democracy.

The Florida Capitol building is an ugly Brutalist Lite structure from 1977, reminiscent of the reviled Verizon building in Manhattan, except with dolphins. 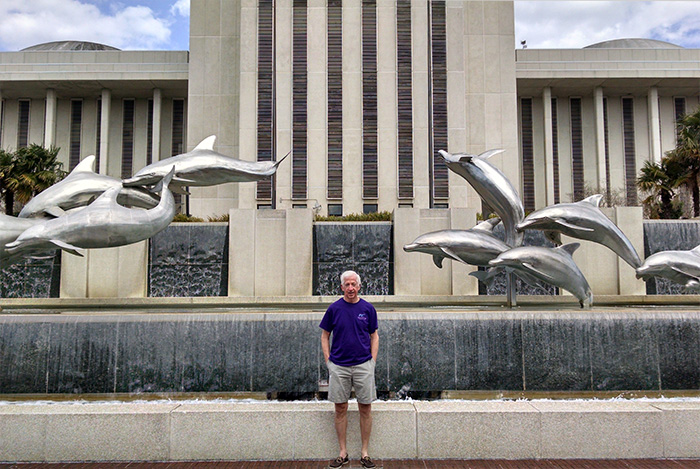 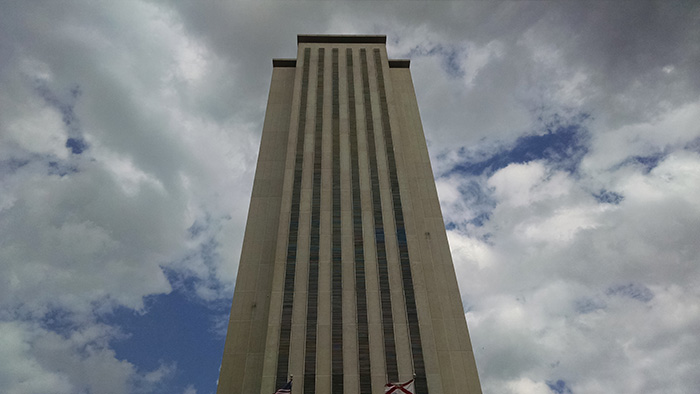 It ain’t pretty, but it’s theirs

We peered into the disappointingly drab Senate chambers, then headed up to the main attraction, the wraparound observatory on the 22nd floor. 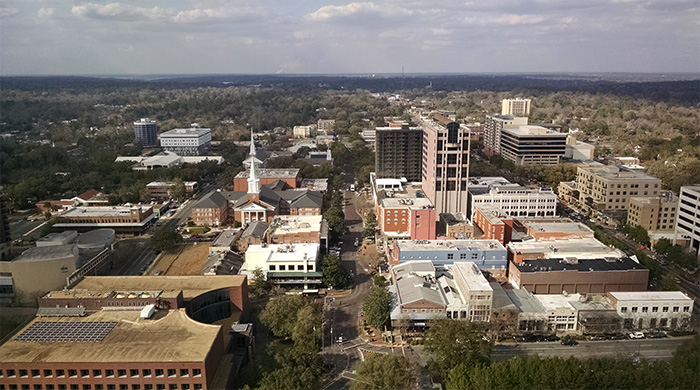 View of Tallahassee from the observatory 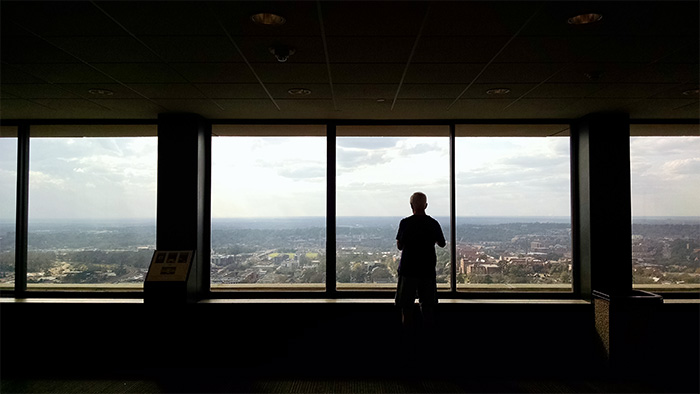 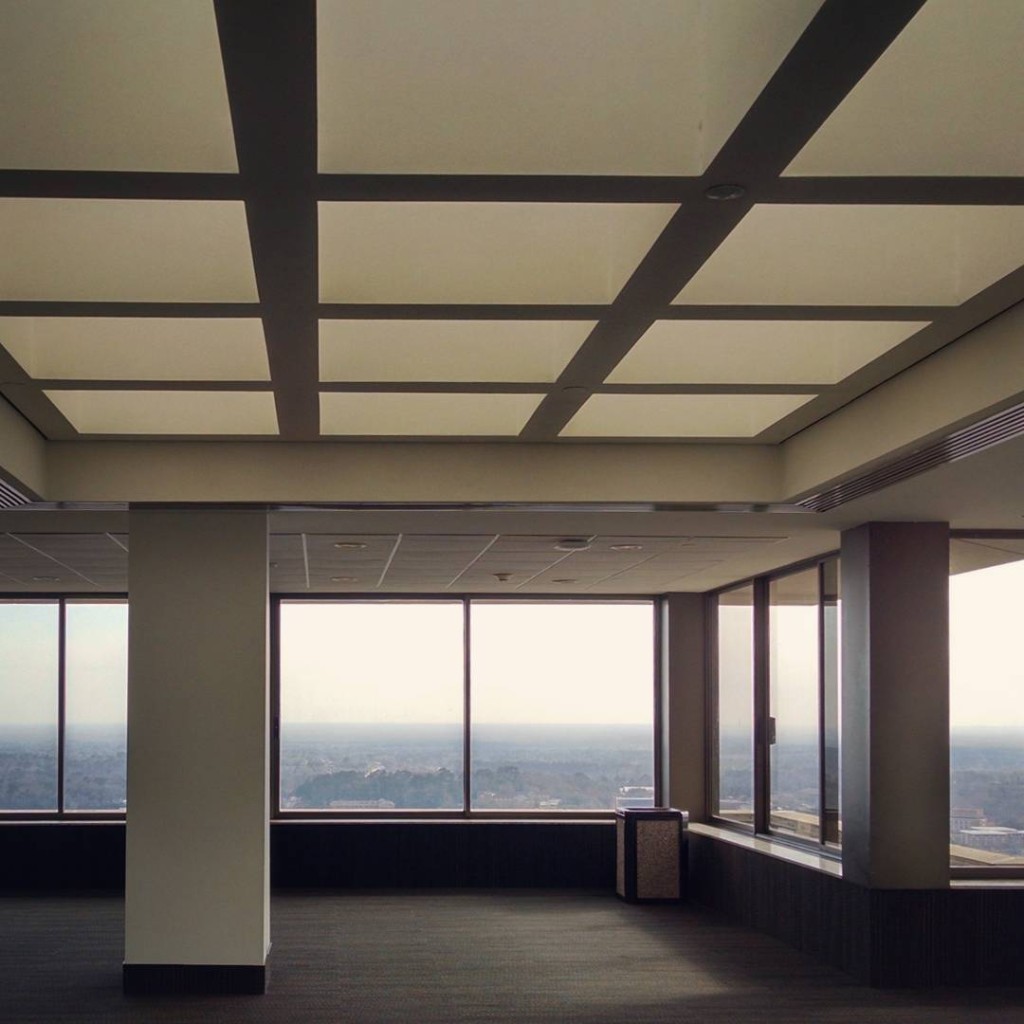 I found it an appealingly cold space

The Museum of Florida History was open for another fifteen minutes, so we headed over and walked through it briskly, exiting seven minutes before it closed. I think a broke a personal record for least time spent in a museum.

Early ads for citrus, from the Museum of Florida History

For dinner we walked across the hotel parking lot to Blaze Pizza, which is essentially pizza-based Chipotle. It was pretty good! I would definitely Blaze again. 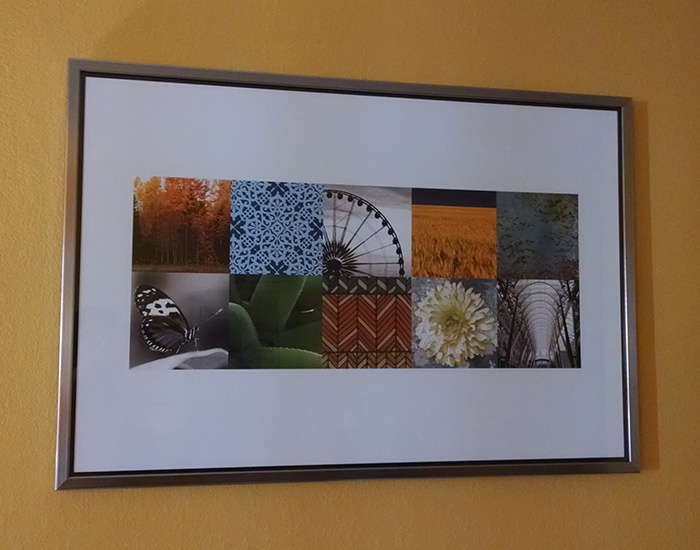 4/10. This makes me wonder how much money there is to be had in the hotel art business. I could make something like this out of my Instagrams and would gladly sell it to the hotel market. This piece isn’t someone’s personal work, I’m almost certain, but a melange of stock photos. I could do that, too! And I’d do a better job of it.

As a hotel art experience, it’s whatever. The main thing it has going for it is that it’s colorful.

1/10? 2? I don’t know how to rate anything anymore. I’m looking at every individual shot and going, “Okay, okay, uh huh.” It’s like a game of Memory. I’ve got these down and am ready to go. But what does it all mean? Life is a marvel? Life is a meaningless array of patterns? Here are a few pictures I found on Getty?

4 comments on “Day 4: Walls and Windows”