Thanks, everyone, for voting and for contributing all those name ideas. It was a very close race. Almost all of the options had two votes, and the winner had three.

The minivan’s name is the coolest-looking one: ONYX. It is pronounced ah-nix, in case any of the Sullivan Bros. need help with this.

Please claim credit for yourself in the comments if it was your idea. Or don’t.

On Friday night my sleep deficit combined with my massage after-effects to knock me out by 7:45, the earliest I’ve gone to bed in a long time. I figured I’d wake up around 5, feel spry, blog impressively for a couple hours, join the boys for breakfast, and head out into a sunny Pensacola morning for some tourism.

I woke up feeling ready to start the day at 2:15 a.m. Fine, I thought, I’ll get at least two-three more hours. Let me just check my phone first…

It is never a good idea to check your phone in the middle of the night. Just don’t do it.

I saw that my mom had sent me a message in our game of Words with Friends. Here is the message:

I have some not so good news – not terrible, but not good.

That was it. She’d naturally expected me to write back right away because it was so early when I last played her, and she’d made her next move immediately after I’d made mine. Still.

At first, in my half-asleep state, this idea of some not good news sat quietly on a stool in the corner of my brain. But of course it got up after a few minutes and started walking around. My grandmother had not terrible, but not good cancer. Something had happened to my niece or nephew. My mom had hit my car with hers. Something had happened to her car. What counts as not terrible but still bad?

To be fair, I didn’t just worry about the mysterious bad news. I had all kinds of thoughts for the next three hours, some of them of the “oh, that was kind of like a dream thought, I’m probably about to fall back to sleep, great, oh, but I just noticed it so probably not” variety. Technically it is not my mom’s fault that I never fell back to sleep. Technically.

The news is that one of my cousins on my mom’s side is getting a divorce. 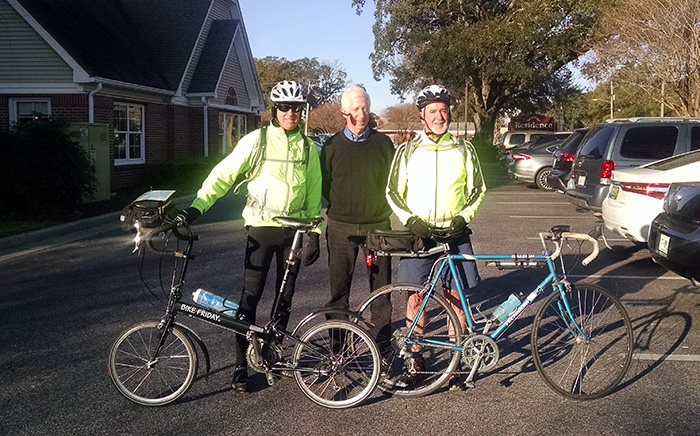 Two on, one off

My dad decided to take the day off because he wanted to visit the National Naval Aviation Museum. Over breakfast I agreed to go, too, but back in my room my bed seemed a lot more enticing than airplanes. I napped while he was at the museum. When he got back, we enjoyed a beer in my room while he told me about the museum. It was my favorite part of the day.

Dad and I went to Panera Bread for lunch before starting for Crestview. What I saw of Pensacola struck me as an unending stretch of strip malls, miles of bleak and disorderly commercial real estate. Much of America is like this, I know, but Pensacola takes it to a grotesque extreme.

After lunch we stopped at a Barnes and Noble and wandered around. Dad said he’d buy me something, and despite having over 100 unread books in my apartment, I couldn’t turn down that offer. I ended up with The Devil in the White City, nonfiction about the construction of the 1893 Chicago World’s Fair and a serial killer doctor who lured young women visiting the fair to their demise. Its author Erik Larson writes in that confident New Journalism prose style that everyone finds irresistible. I’m going to like it, even though sometimes I’m going to think, But how do you know that’s what he was thinking?

We arrived in Crestview and I promptly fell asleep for another two hours.

Yelp says The Wild Olive is the best restaurant in town, and I want nothing but the best for my uncles and dad, so I steered us there for dinner. The food had a fancy presentation, and it was good, but my working class dinners the previous two nights were actually better. 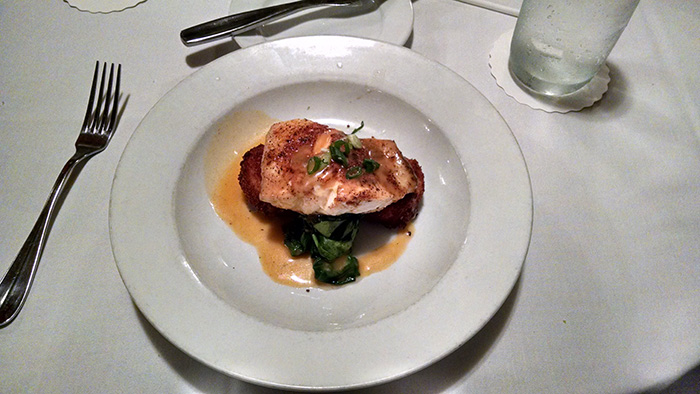 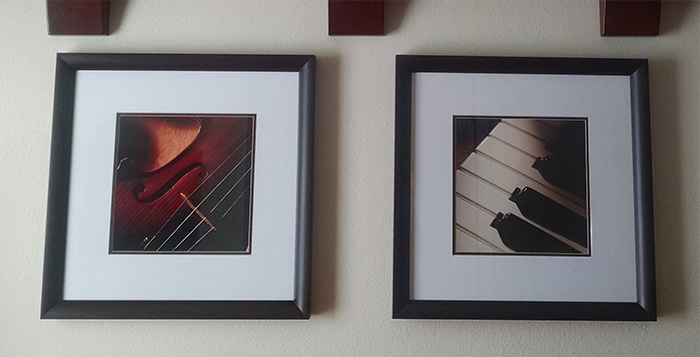 4/10. Are you thinking about some really classy classical music right now? I should probably show the full array here, with the shelf that has two tasteful vases and model Woodie on it. Honestly I have nothing against these photos, or the wall display as a whole. It’s a simulation of a homey arrangement that just feels especially inauthentic. But so what!