Yesterday we all arrive in Mobile in the afternoon, drove to downtown Mobile to pick up Beth (who had been there since Wednesday afternoon), and then made the 45 minite drive to Dauphin Islnad.  We all got busy assembling our bikes, but as usual I received some help from Mark and Tim to finish assembling it.  I was glad to have the help! 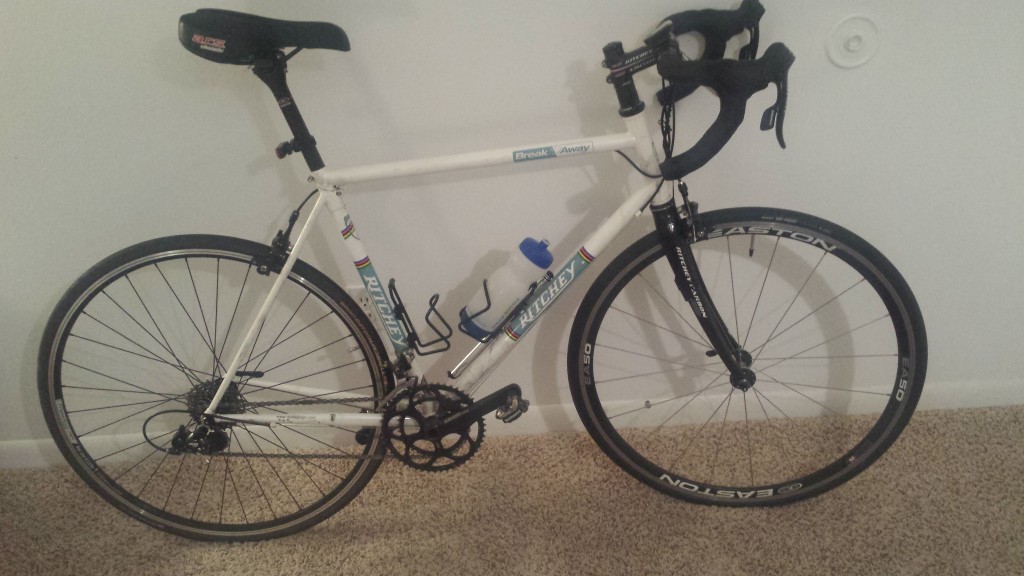 It was pretty cold when we started out on Friday morning at 7:30 a.m. – definitely not the coldest day we have ever ridden, but pretty chilly nonetheless.  We rode 2 miles or so to the Ferry that would take us and our bikes over to Fort Morgan.  It’s about a 30 minute Ferry ride, and it’s nice to be able to sit in a car for a sea journey like that, but since we all had our bikes, we braved the elements and stayed outside on the ferry, not that we had any choice in the matter.  Here are some pictures of us waiting for and then on the ferry. 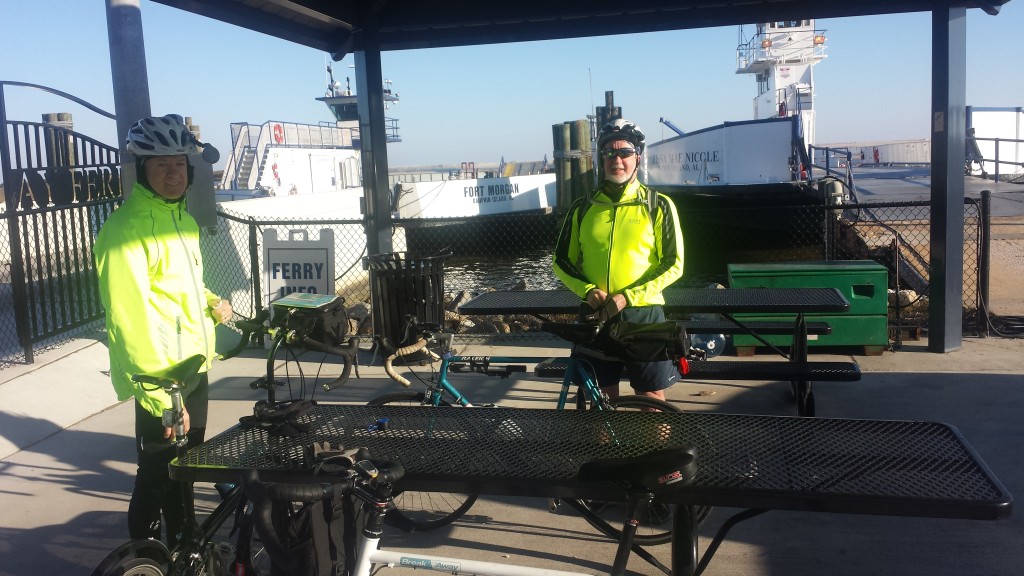 Waiting at the Dauphin Islnad to Fort Morgan Ferry. 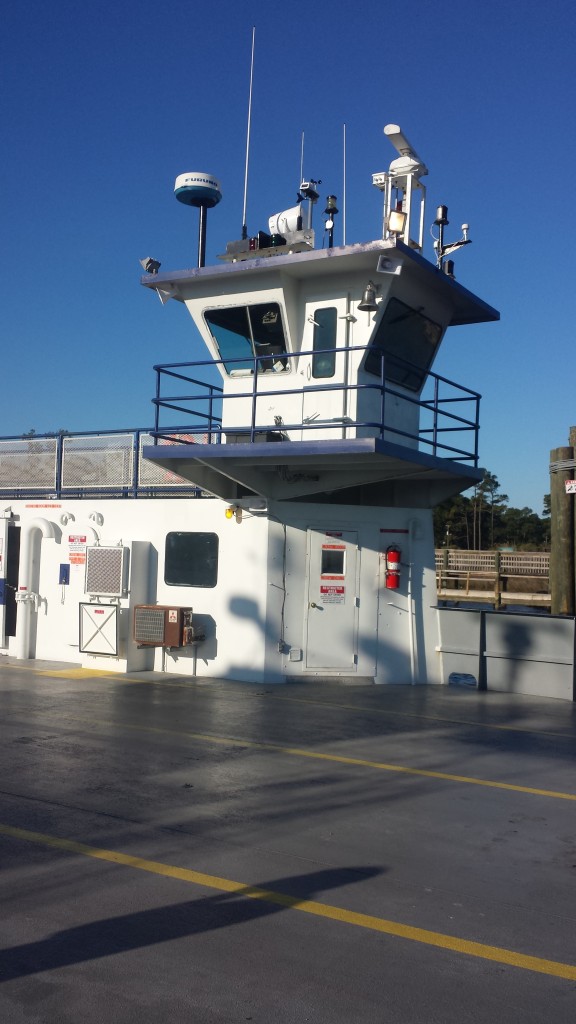 Onboad the Ferry from Dauphin Island to Fort Morgan, AL. 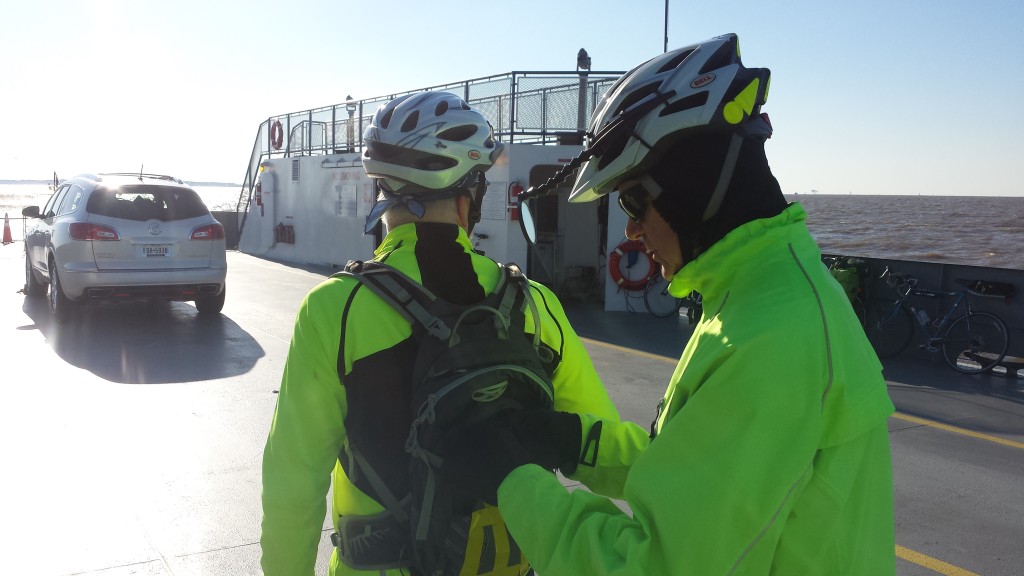 Mark finding something in Tim’s napsack on the Fort Morgan Ferry.

Once we landed in Fort Morgan, we rode the short distance over to the fort, but we all thought it was just too cold to play the role of tourists at the fort.  So we headed back and started the ride to Gulf Shores and Pensacola.  Here are some pictures I took during the ride. 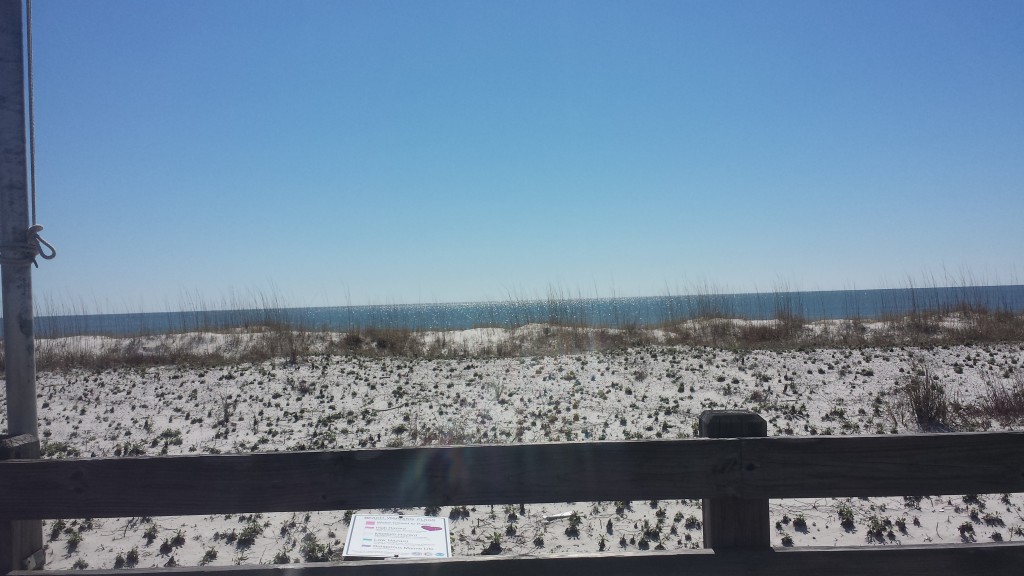 The beach at Gulf Shores Alabama. We were about 25 miles into the ride at this point, with another 36 miles to go. 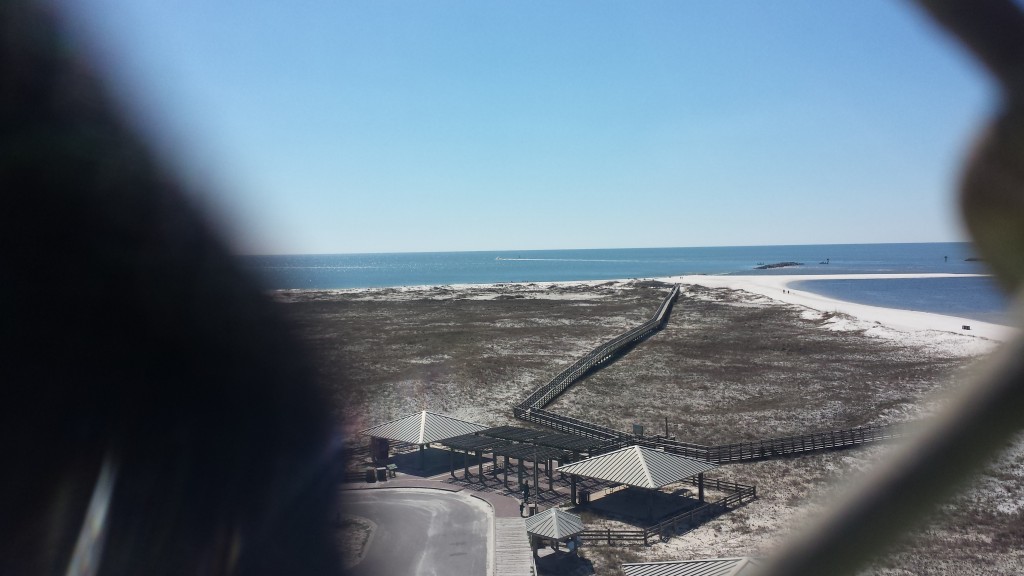 The beach at Gulf Shores Alabama. The dark blurry image on the left is the cyclone fence put up to keep everyone on the bridge.  It really is true that the sand is very white.

A little later we entered our final state on the Southern Tier ride, namely Florida. 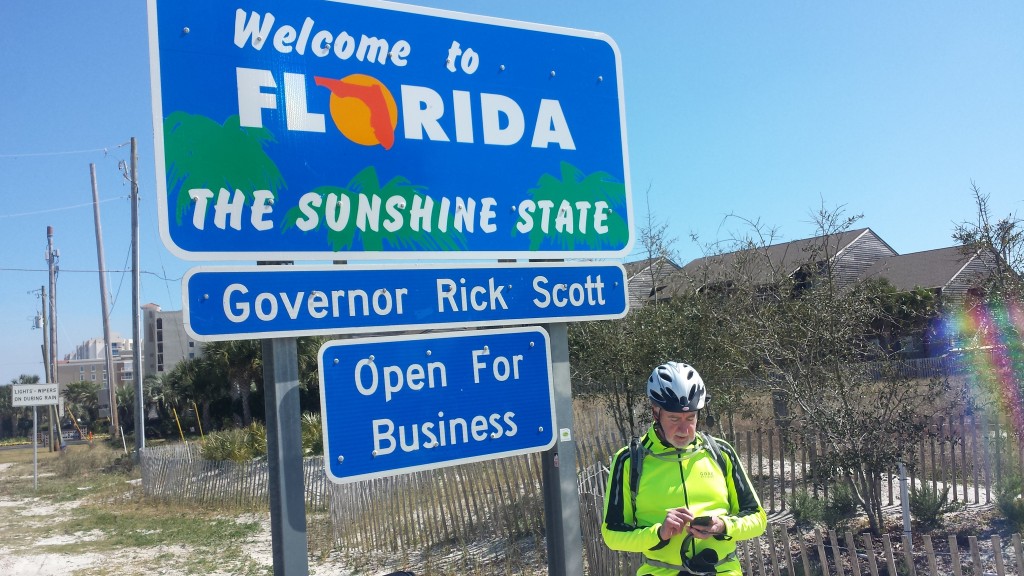 Tim checking his email on his phone under the Welcome to Florida sign.

We rode about another 25 miles or so (it was 61 miles by my bike’s odometer) to the Residence Inn in Pensacola, FL, where we stopped for the day.

I am happy to have this ride behind me since I was not sure what to expect from me today.  I’ve been sick since the first weekend in February and have not ridden outside since December 12 and only taken a handful of spinning classes since then, with none of them in February.  So I impressed even myself today by being able to finish the ride.  I’ll admit, however, that I am preety tired right now. 🙂