Dauphin Island, AL to Pensacola, Fl: A flat ride on a sunny day

We began with a 30 minute ferry across Mobile Bay. Only one car made the trip but there were 4 bicyclists. It was very cold when we landed on the other side of the bay so we did a quick ride through an old Civil War installation, Fort Morgan. The first 10 miles after the ferry were on a deserted 2 lane highway but as we approached Gulf Shores, the traffic increased. Overall, it was a very nice ride because we had The Gulf of Mexico beside us all day and we each remarked about the contrast in scenery from the mountains and cactus and ranches we saw out West. It was sunny with a mild crosswind and very flat except for a few bridges we had to cross. Most of the roads had bike lanes or sidewalks so we felt safe. 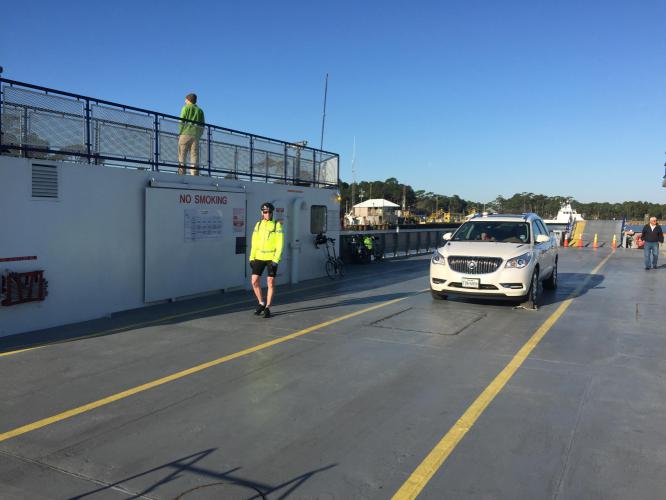 The ferry across Mobile Bay.

Fort Gaines sits on the western side of the bay. 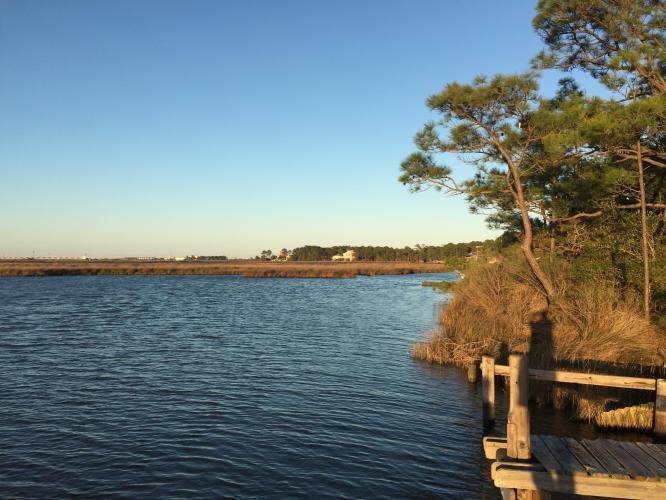 A view of the bay from our motel last night on Dauphin Island. 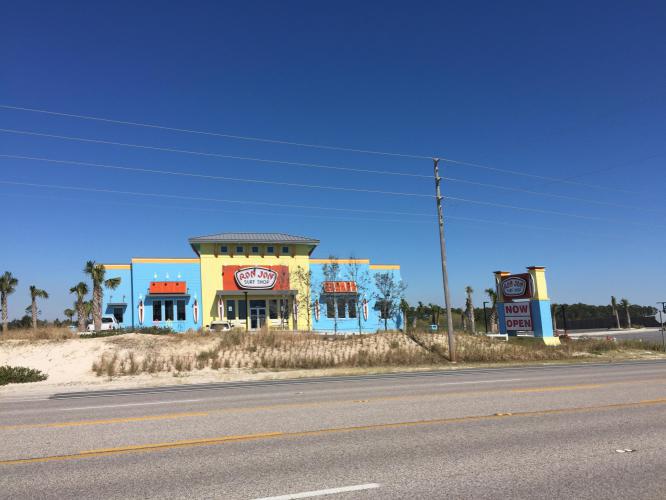 Ron Jons, just like the one on LBI, NJ. This one is in Gulf Shores, AL. 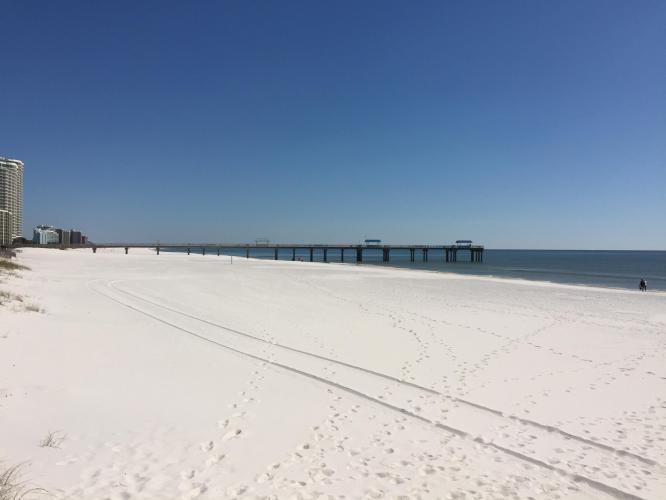 We stopped for lunch at a state park along the beach just before we entered Florida. The sand is really white. 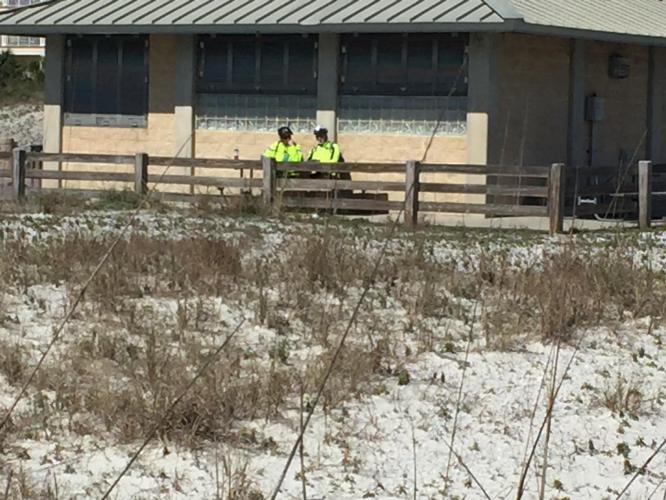 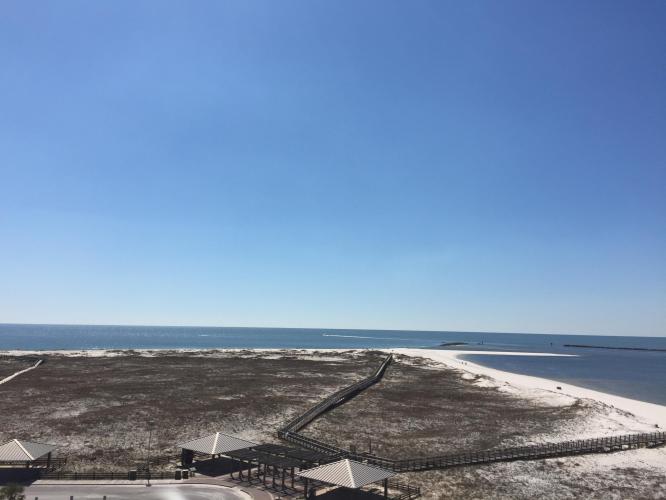 The view from one of the 3 bridges we rode over today. 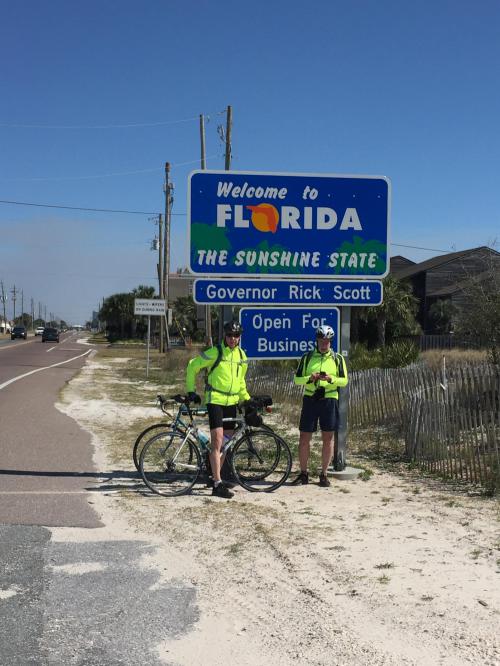 The last state we will enter on our cross country trek.

We heard some fighter jets from Pensacola Naval Air Station which we passed after lunch. No dogs today and luckily, no flat tires either although we accidentally rode over a long line of nails which looked like they fell off of a truck onto the shoulder. We couldn’t avoid them and it is was amusing afterwards as we each said, “Shit!” we realized what we were riding over.

Tomorrow is a 75 mile ride to Crestview, FL.