After a nice big dinner of gumbo and a shrimp po-boy, I still woke up hungry and knew that we had a long day ahead. So I dove into a gluttonous breakfast of eggs, biscuits with gravy, yogurt, and bacon at the hotel. I was stuffed, but ready to ride!

We rolled out of the hotel and into a thick thick fog. It made yesterday’s morning fog seem like nothing and it was a bit disconcerting actually because the visibility was so bad. The road was rolling hills and we made quick work of the early miles. By the first stop the fog had lightened considerably and by lunch it had burned off and the day had heated up. It eventually hit about 80 degrees and I got a bit sunburned.

Through Loiusiana we were on LA 10, and the road was full of logging trucks but had a nice wide shoulder of 7 or 8′ and the trucks often crossed into the opposite lane to give us an even wider bearth.  We crossed the Pearl River into Mississippi and the road turned into Route 26. Along with changing names, the new road also had no shoulder. None. Nada. Still full of logging trucks blowing past at 55mph, and now they were passing way to close for comfort! We decided to get off Route 26 ASAP, so we made the first possible turn and followed the suggested bike route the rest of the way. Taking the  back roads meant that we had to follow detailed directions and look for turn at certain  mileages, but it was really fun to see the backwoods and we saw only a handful of cars for the next 20 miles. We had a couple of dog encounters, but they were all pretty lazy and gave up the chase quickly.

We rolled into Poplarville after a 74 mile day and are enjoying a couple of beers on the porch of the great cabin where dad, Mark and I are staying tonight. All in all another great day, and the weather couldn’t have been better. Again the rain held off and we only got sprinkled on a few times. Tomorrow is going to be a different story…forecast says rain and a high of around 40. Wish us luck! 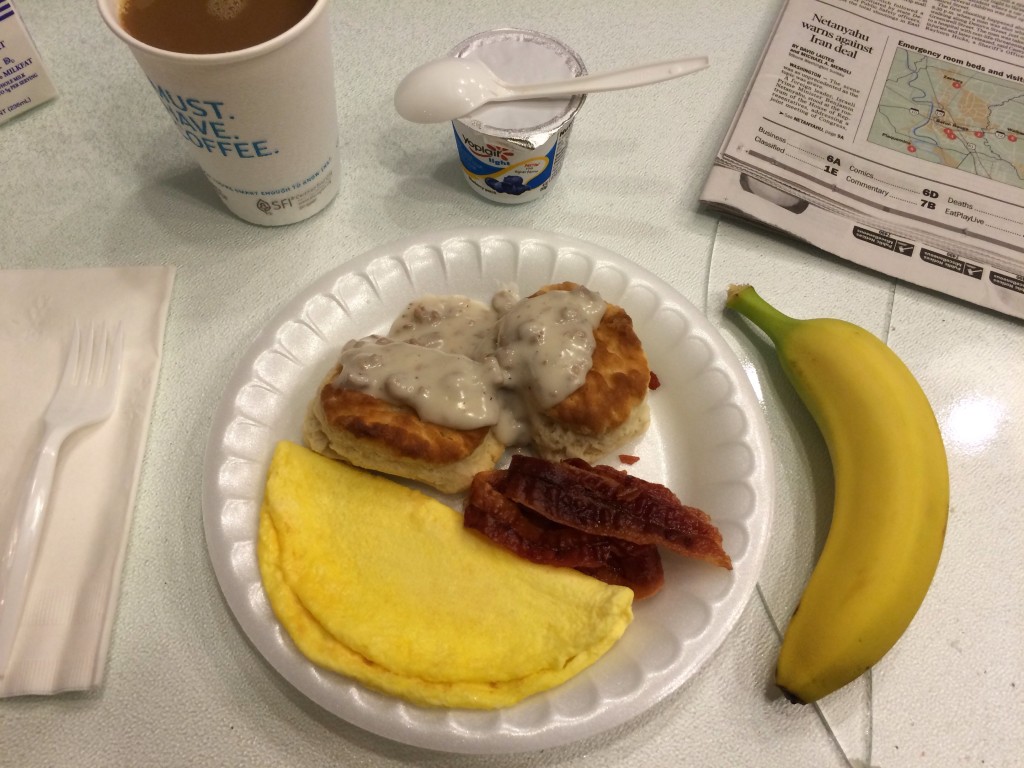 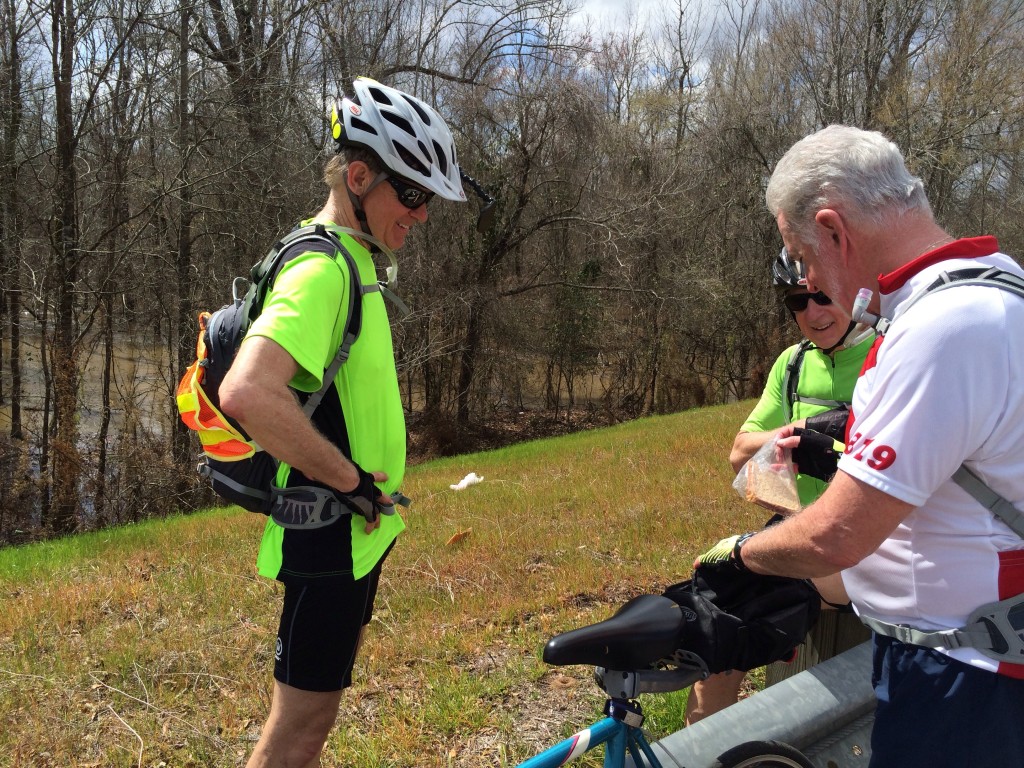 Rest stop as we hit Mississippi. The smiles mean we hadn’t noticed the disappearing shoulder. 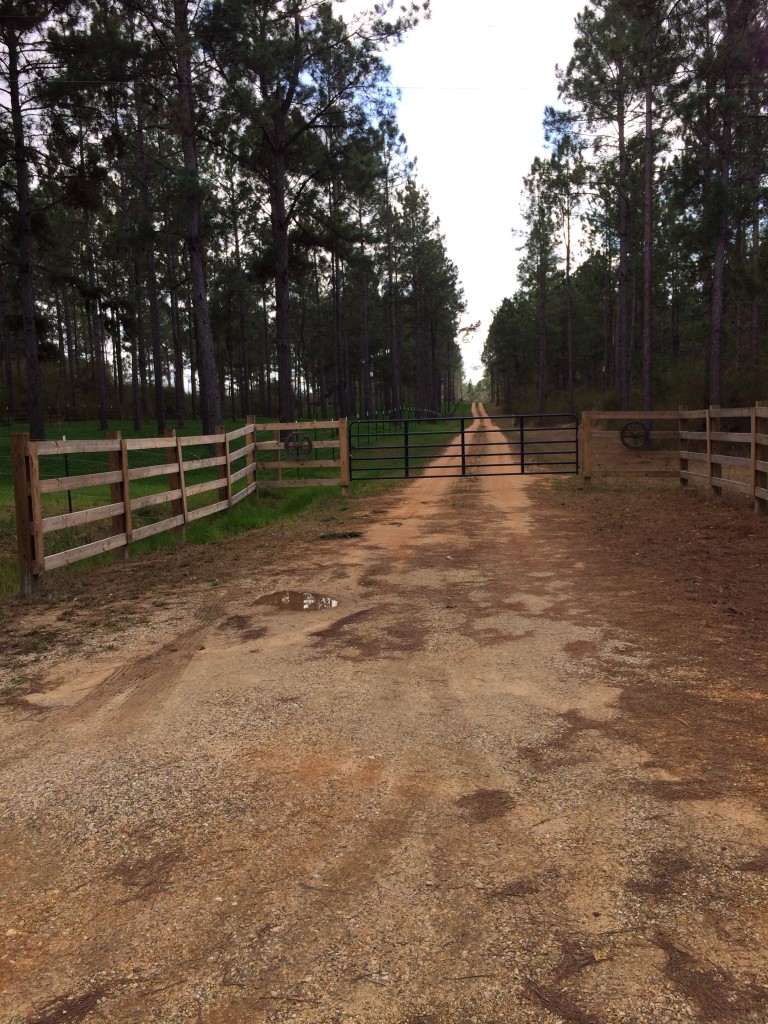 Farm driveway on the back roads. 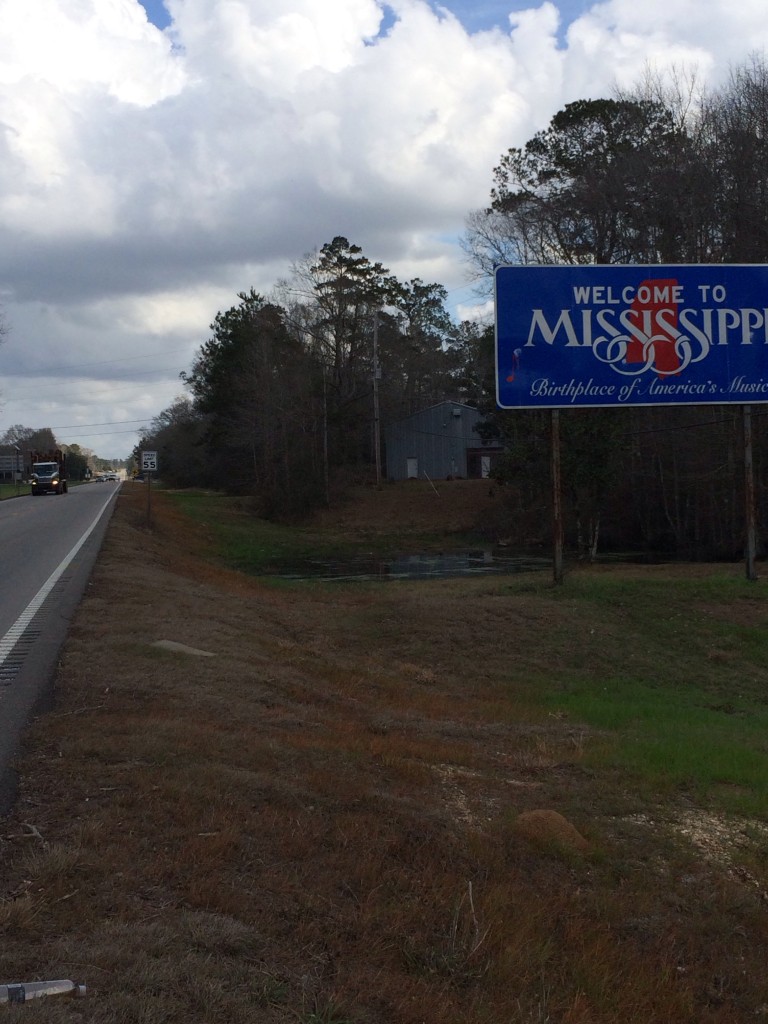 Not feeling so welcome…um, anyone see a shoulder? 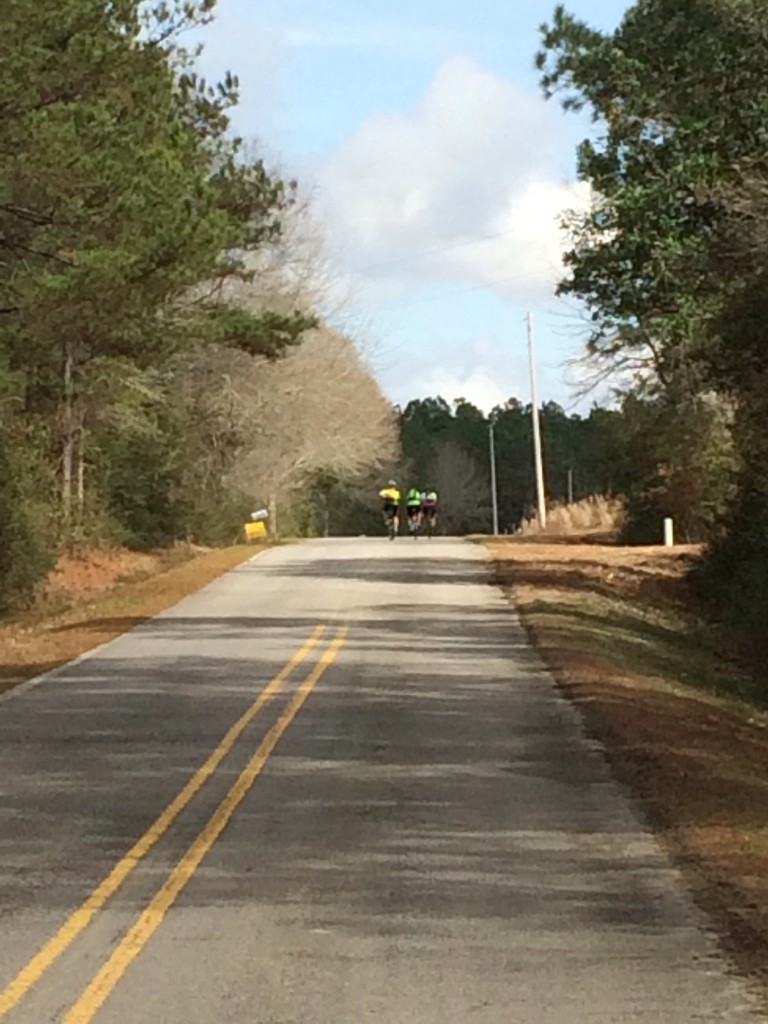 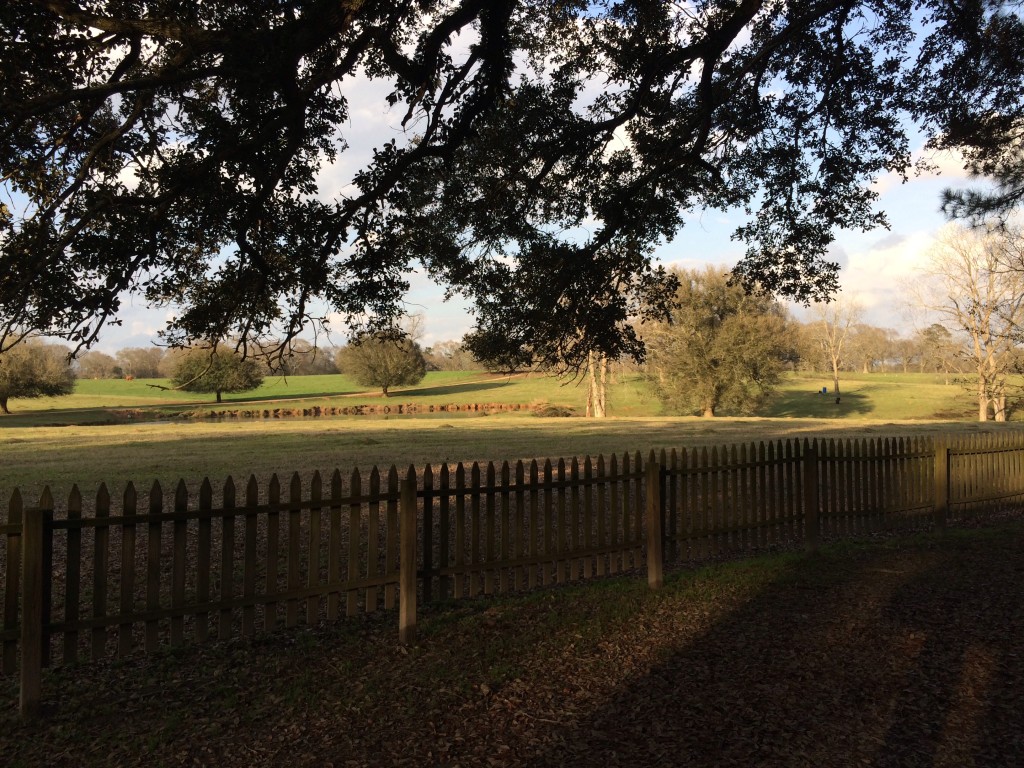 View from the porch

Our cabin for the night