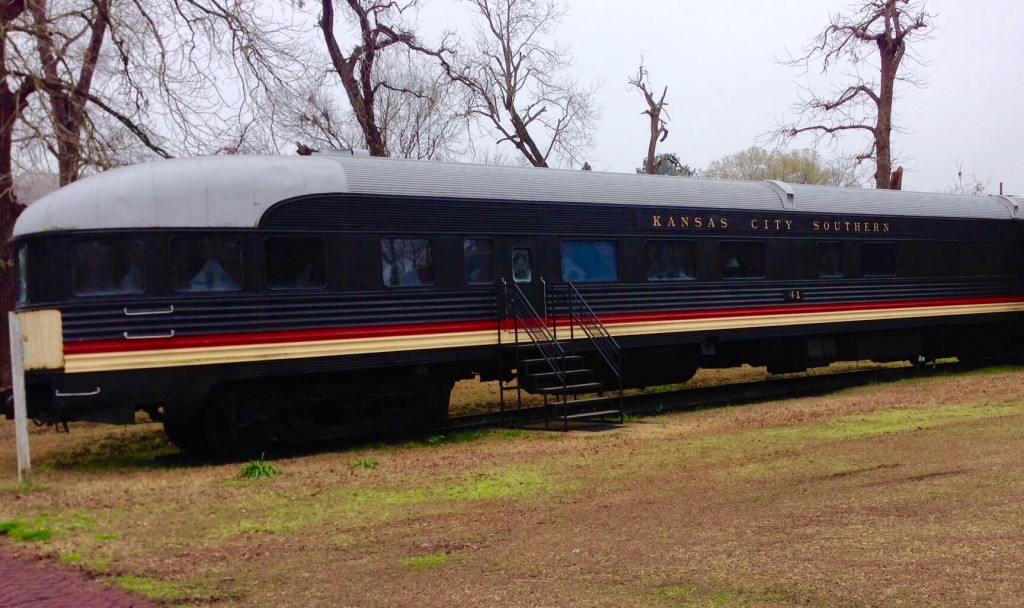 A neat town we rode through on LA 10 which is called a LOUISIANA SCENIC BYWAY. 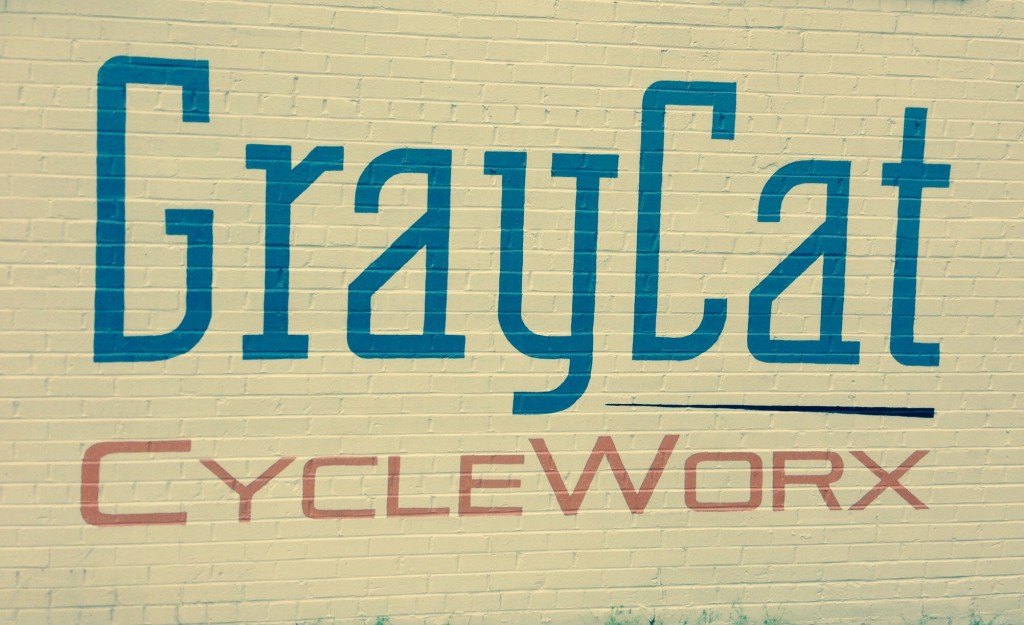 Brian and I drove to this bike store in Hammond. Great store and Mike, the owner is a wiz. He replaced the spoke, trued the wheel and installed a new tire in no time at all. 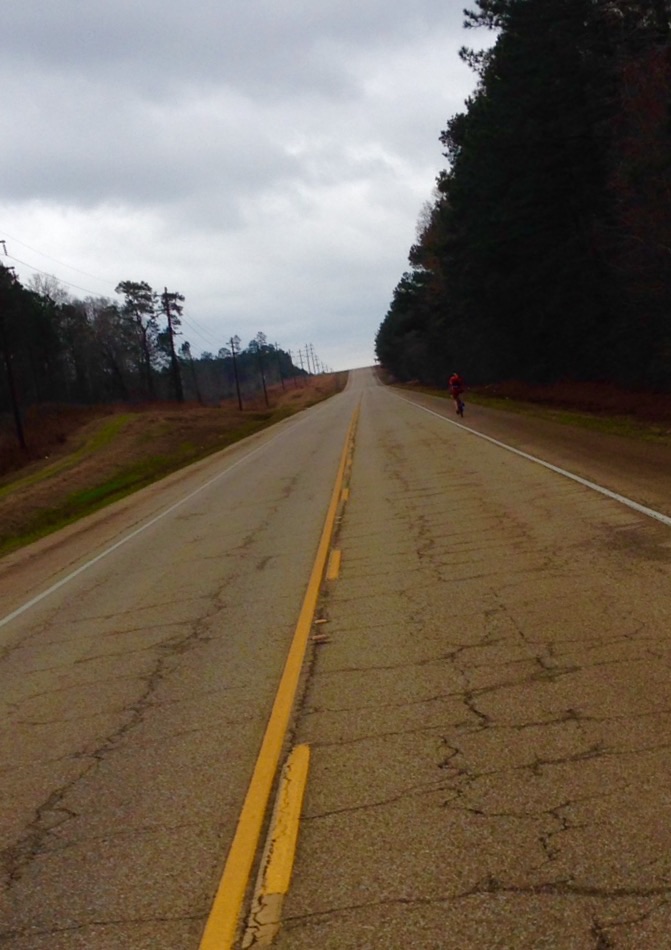 A view of the traffic on today’s route. 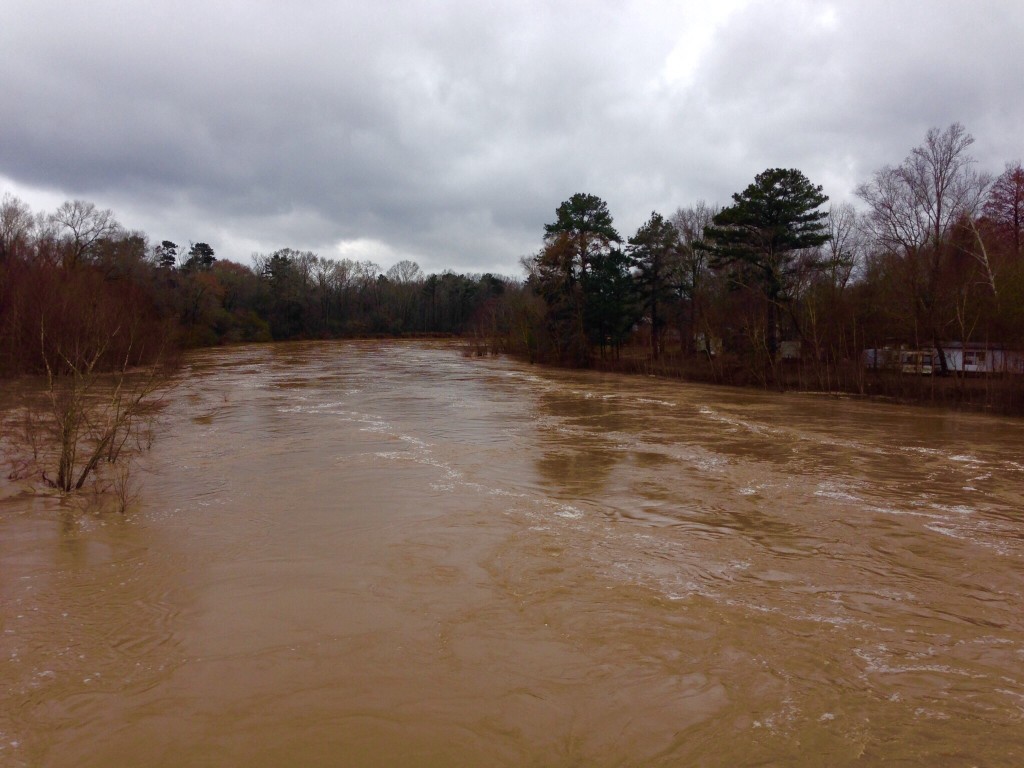 Everything looks like it is at flood stage as it has rained non stop for a few weeks. The locals say the mosquitos will be bad this year. 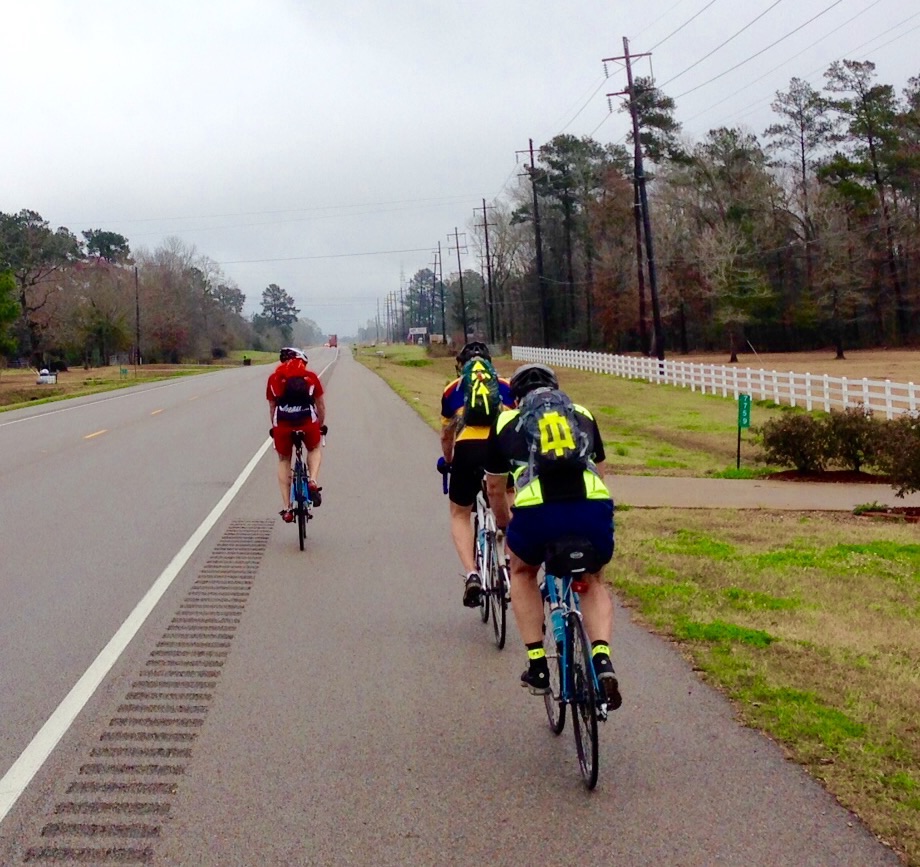 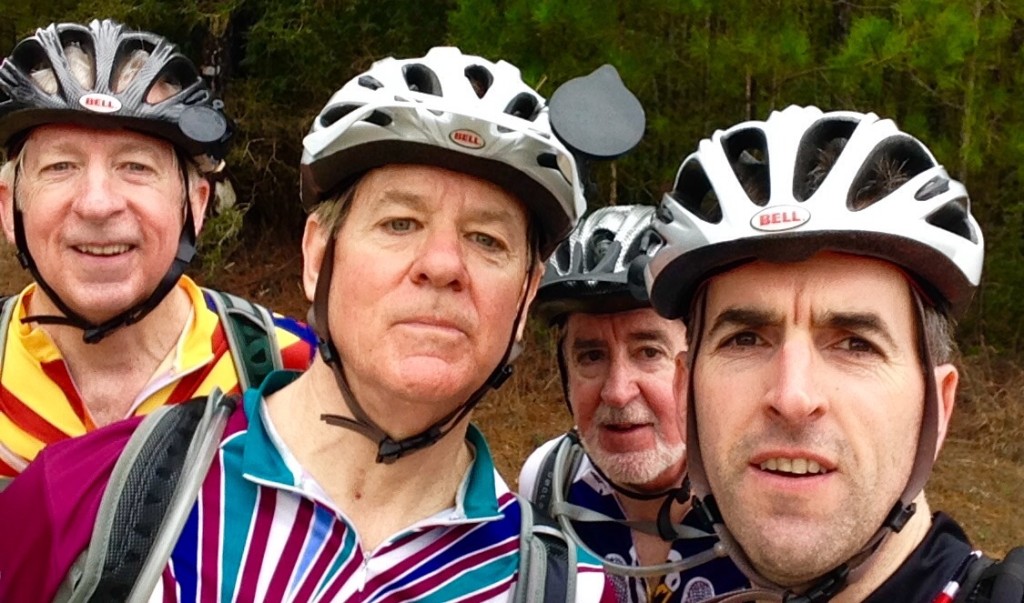 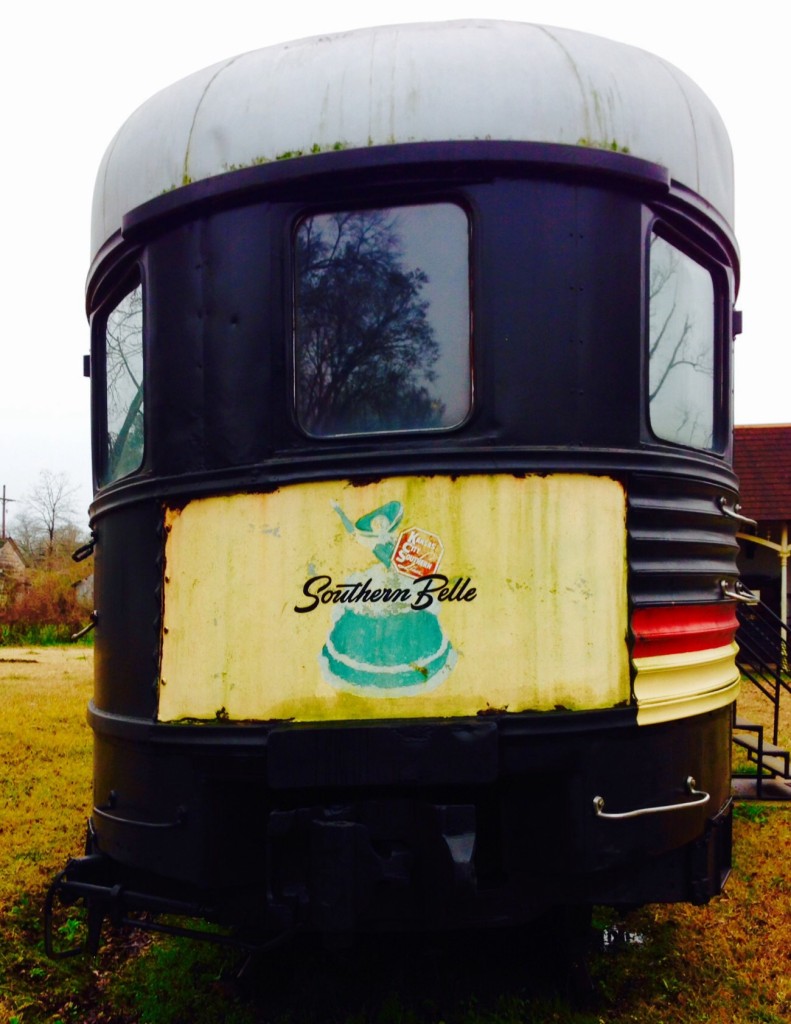 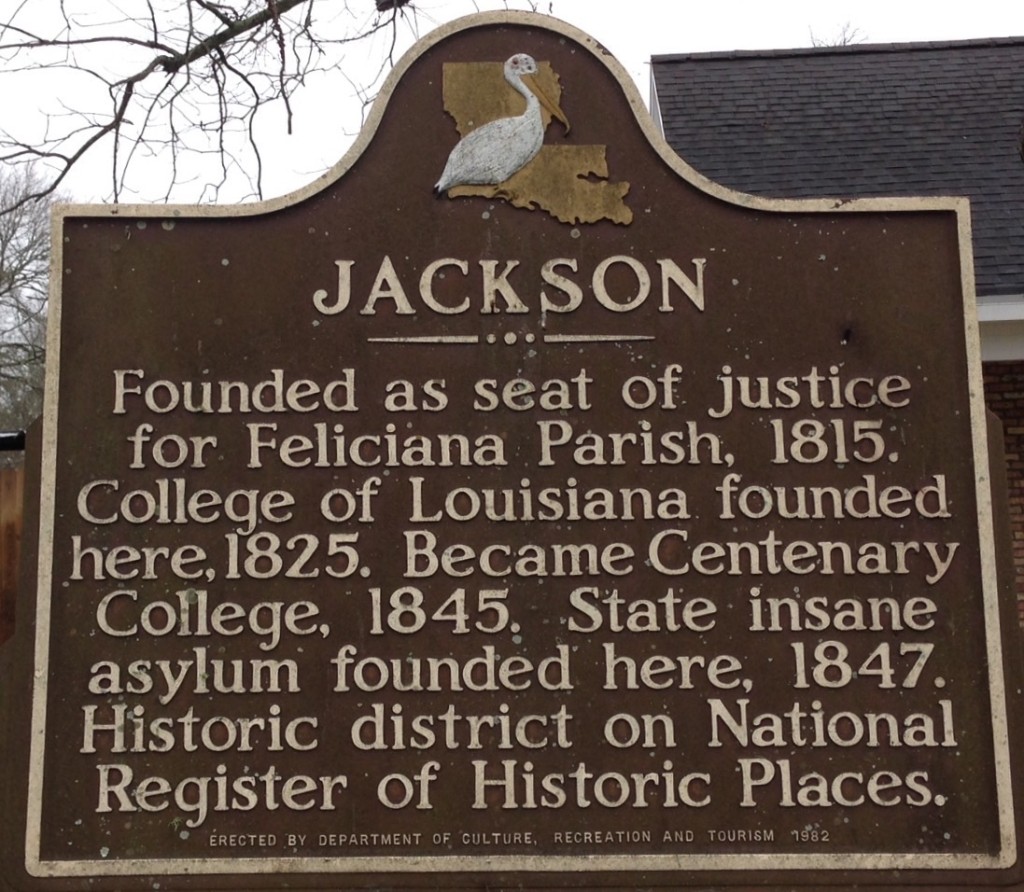 Yesterday was a rest day and Tim and I drove to a bike store in Baton Rouge to replace worn out and flat tires and tubes. We didn’t see much of the city and what we did observe kind of reminded me of Camden, NJ but my impression is based on a brief visit on a cloudy, dreary day in a bad part of the city. 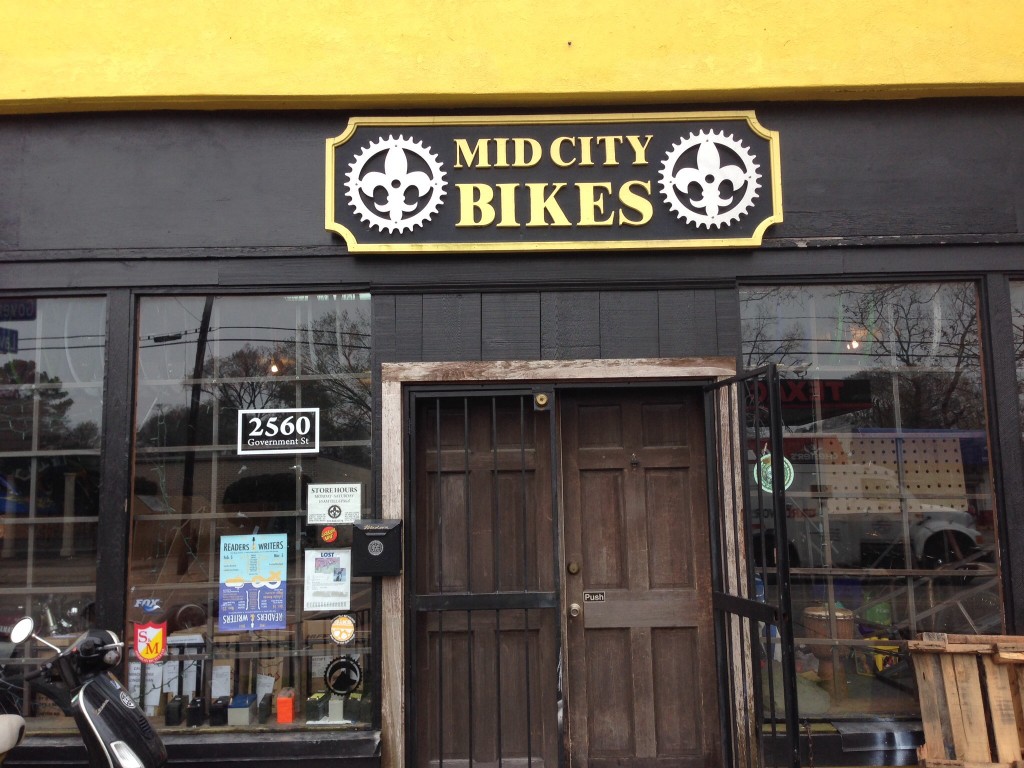 The place had quite an inventory of tires and tubes in all sizes but not much else. No clothing or warm rain gear. Helpful staff, though

Tim’s son, Matthew has joined the ride. He flew into Baton Rouge last night after a long day of travel. It was great having another rider. He has passed his audition and has graduated to full membership in the Brothers Bike Ride club. Actually, he led a pace line of the four of us most of the day and we averaged about 5 mph over what we usually ride. I loved the fast pace and we got to Amite before 3 pm, right before the skies opened up and dumped buckets of rain. Tim actually let me pick the route for today’s ride. He kept trying to change the course all day long but Matt and I stuck to the original planned roads (straight on Rt. 10 E for 56 miles and then 7 miles on 51 S ). I kept telling him that the diagonal road he thought was better had dogs lurking everywhere so we stayed on Rt. 10. The only mechanical mishap was a broken spoke on Brian’s back wheel. Matt wrapped it around another spoke and taped them together and we were able to continue riding. We distracted ourselves by trying to sing old rock n’ roll classics from the 60’s and it helped. Brian and I had to carry the tunes. Tim and Matt don’t sing so good.