Today Tim’s son Matt joined us after flying into Baton Rouge last night, getting picked up by Tim, and then assembling his bike in all of 20 minutes – what a rookie! 🙂  Seriously, it was great having him with us today, if for nothing else than to listen to him make fun of Tim, starting with his chain saw snoring last night! Who knew?  None of the rest of the Sullivan brothers snore, right Nancy? 🙂 But having Matt along really made me wish my son Chris could be with us also.  Maybe next year, Chris, for part of the ride?

We started out in a heavy fog, and I think that’s the first time that’s ever happened to us on one of our rides.  We were dressed a tad on the heavy side, since the temperature was hovering right around 50 degrees, plus or minus.  But at our first stop, we all started shedding clothes, and we didn’t regret it as it warmed up to slightly over 70 degrees by the end of our 68 mile ride to Amite City.

The only mildly concerning thing that happened today was that one of the spokes on my back wheel broke, but Matt taped it to adjacent spokes and loosened the spokes closest to the broken one, to keep the wheel as true as possible.  And it worked fine to get me the remaining 40 miles into Amite City.  We didn’t have any flats and we made great time today, thanks mostly to Matt, whose young and fresh legs kept us all going at a fast pace.  And it didn’t hurt at all that we had had a rest day yesterday (thanks again, Beth!) , so we were all more rested than normal.  We were able to complete the 68 miles in just over 6 hours, when normally it would have taken us about 7 hours.

And the other thing that made the ride go faster for us was that we sang oldies for a good portion of the ride.  One of the ones Mark, Tim and I all sang (Matt must have thought we were nuts, but so what) was from the Righteous Brothers.  Remember this one?

And we sang other oldies also, and at one point Mark pulled up “Unchained Melody,” also from the Righteous Brothers, because I just couldn’t remember their other really big hit.  Of course, many of the songs we sang along the way were from the Beatles, the Beach Boys, and Elvis.  Tim sang one that none of us recognized, but he is slightly older than us, which could explain it.  Curiously, Matt didn’t sing at all.  Hmmm….. guess he was too busy laughing at us. 🙂

We counted 43 Bud Light cans by the side of the road and 8 Dollar General stores along the way.  There may have been more of both, but we just lost count after that.  After we got to the hotel, Mark, Beth and I did laundry, after which I went to a bike store in Hammond, LA named Graycat Cyclewox to get my spoke fixed, my wheel trued, and a new back tire.  I also picked up a bright yellow-green cycling jersey so that when and if I take off my yellow jacket tomorrow, I will still be very visible to drivers. 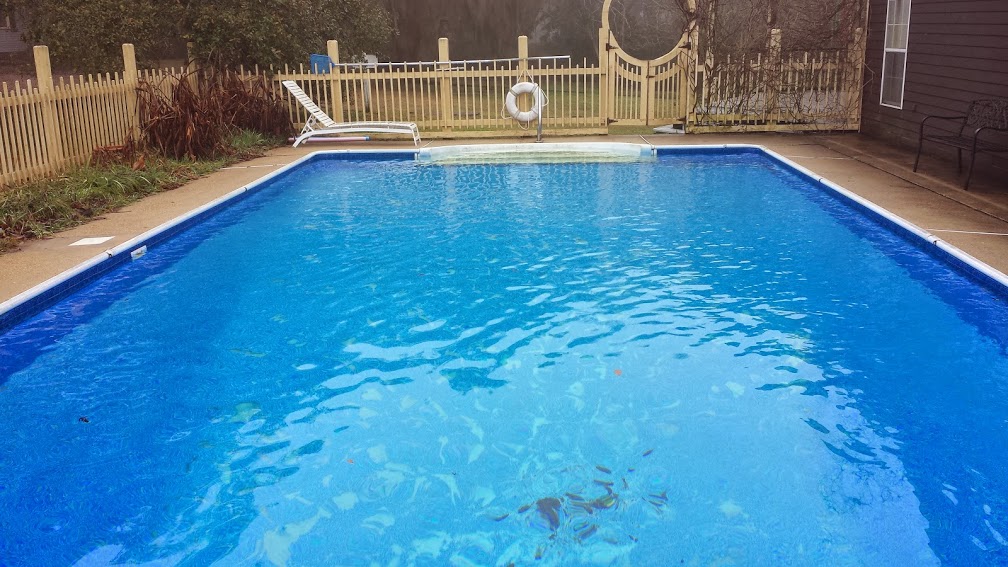 Pool at Butler Greenwood Plantation B&B. The building Beth and I stayed in was right next to this inviting pool, but it was just too cold and rainy to enjoy it. 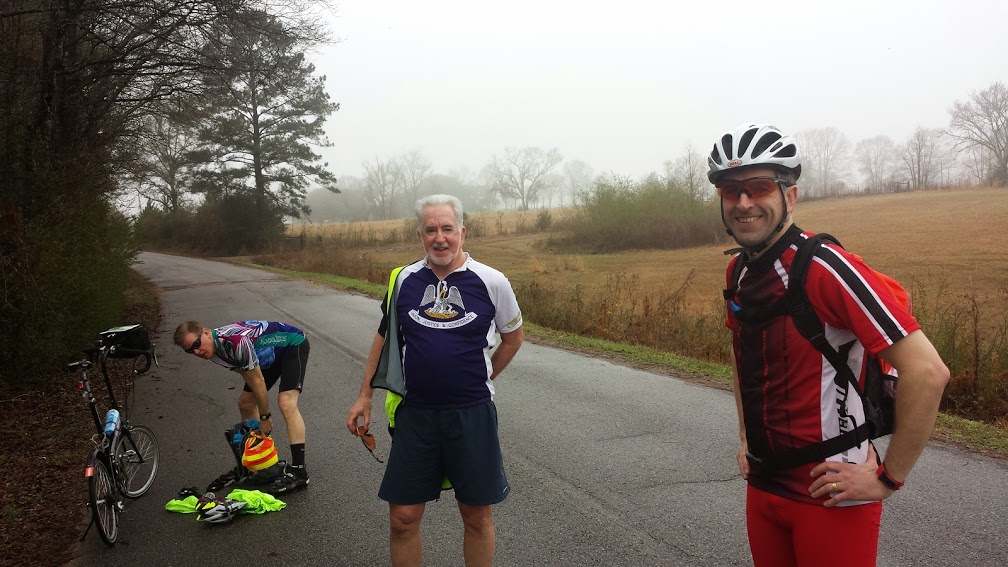 The boys strip off layers at our first rest stop on LA 10. We stayed on LA 10 for most of today’s ride and it treated us really well! It had a nice wide shoulder and gently rolling hills. 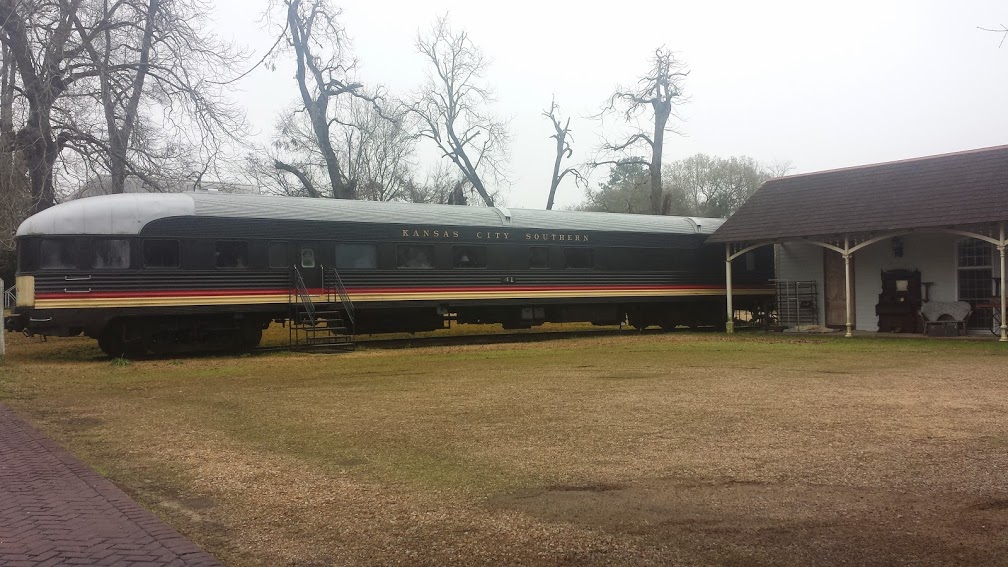 One of the really quaint towns we passed through today was Jackson, LA. This train car was right outside an Antique Store there, and I thought it looked really nice. 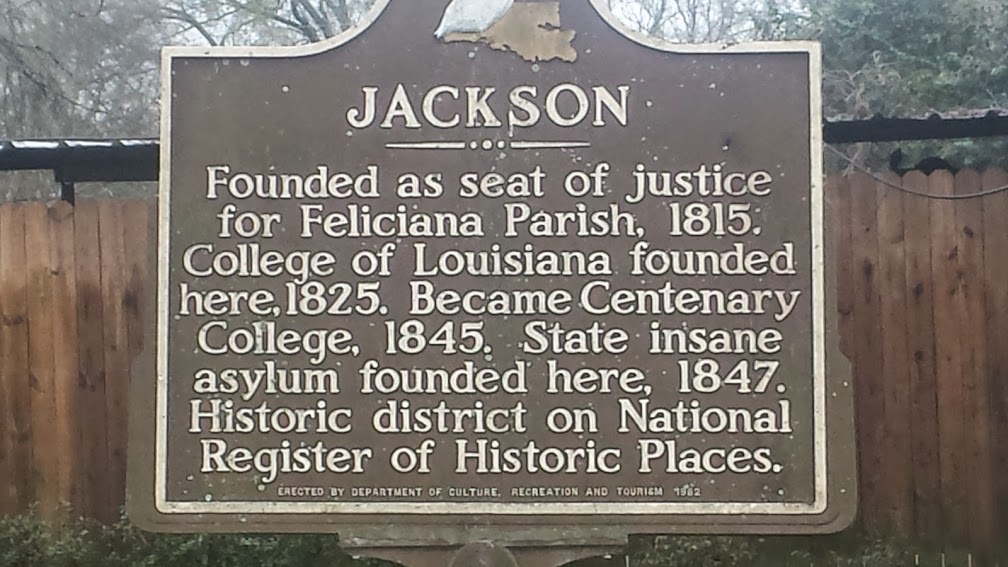 Historical marker in Jackson, LA. Tim loves historical markers and reads every one he can find, as Matt pointed out to us (as if Mark and I didn’t already know that!). 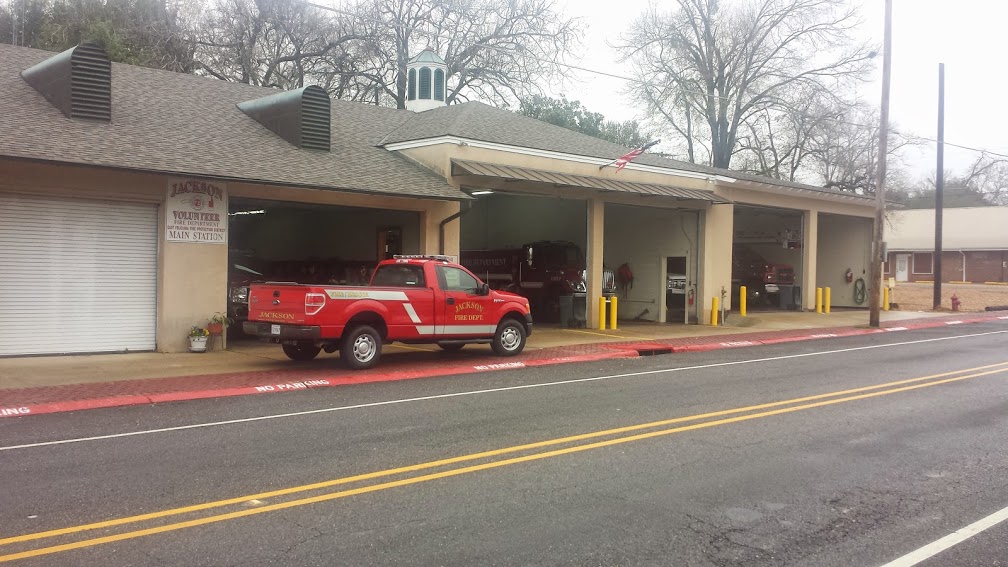 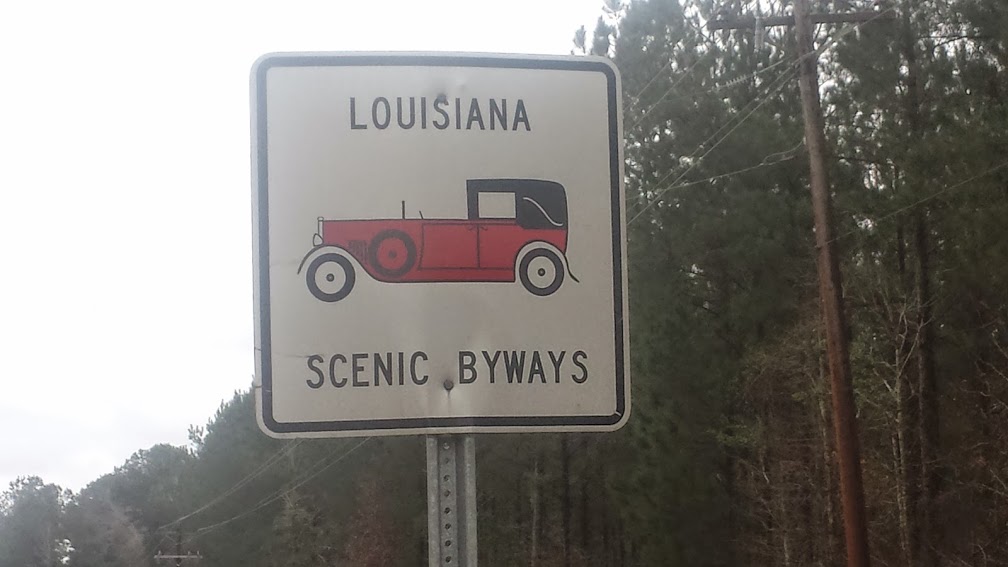 Louisiana Scenic Byways Road Sign along LA 10. We saw about a dozen of these signs today, which were usually accompanied by the sign in the next photo. 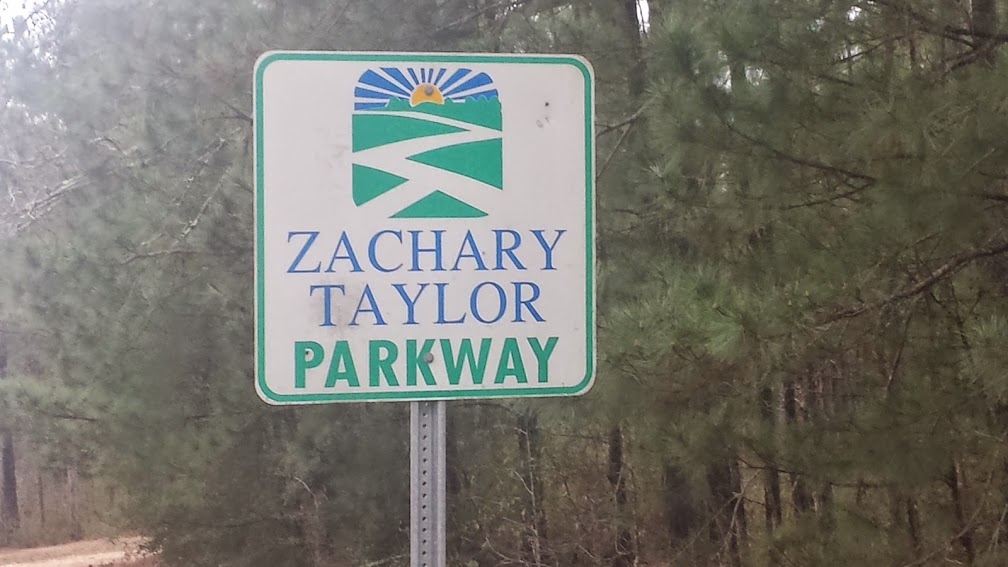 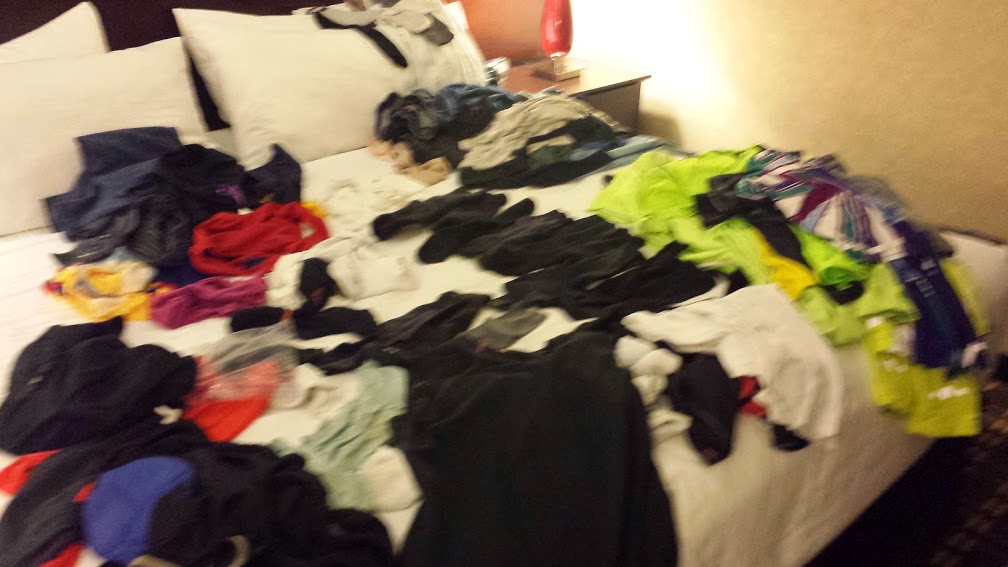 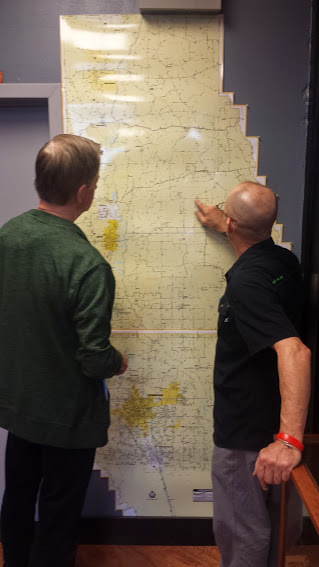 Tomorrow we ride to Poplarville, MS, so tonight is our last night in Louisiana.  After taking 19 days to get across Texas, it’s hard to believe we have biked through Louisiana so quickly!  But Louisiana has been nice to us also and let’s hope tomorrow’s ride goes well for all of us again!

One comment on “St. Francisville to Amite City, LA – Day 6 of Leg 5 – Another interesting day!”