I think today’s ride was one of our best.  We all seemed not to want to rush through it, but instead take advantage of the great riding conditions and the fantastic photo ops.  At one point we joked that if we didn’t stop taking pictures, we’d never make it to Navasota.  Well, we took a lot of photos and still made it to our hotel (a Best Western, tonight) in Navasota.  So without further ado, here are today’s pictures and the one video I took. 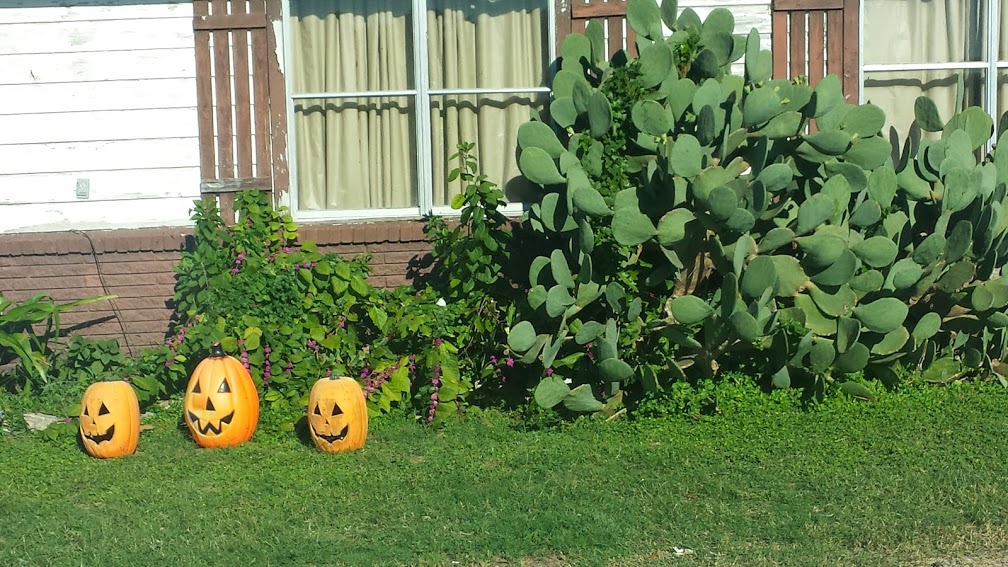 What could possibly go better than pumpkins and prickly pear cactus? Everyone’s front lawn should be so adorned this time of year, don’t you think? 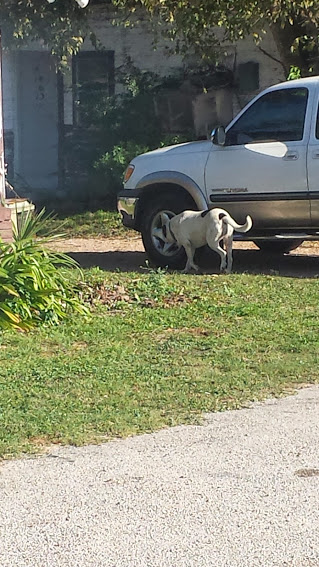 We didn’t even merit a single chase by dogs today – this lone doggy was the only one we saw and he just wasn’t interested. 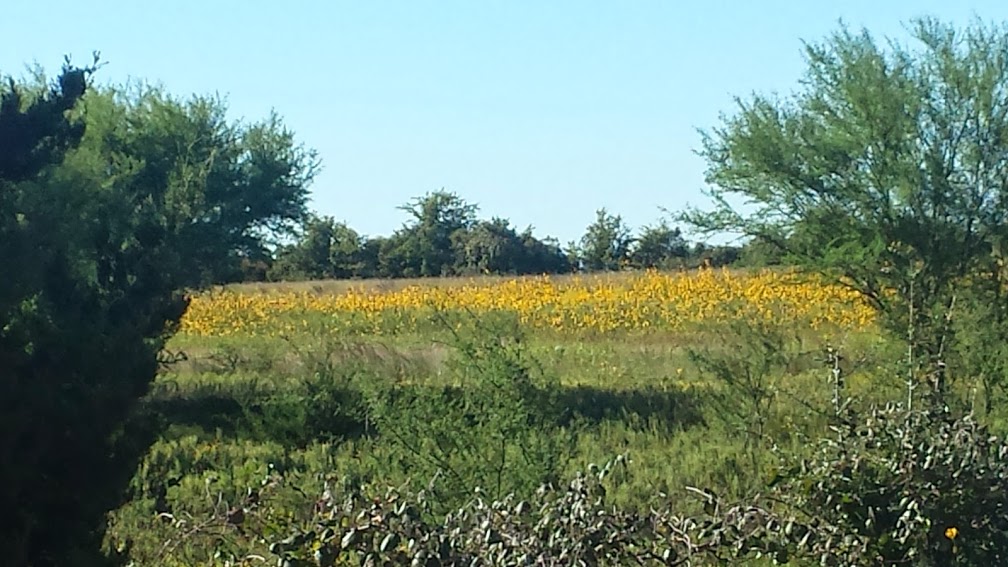 The scenery today was awesome, and this wasn’t even the prettiest view. 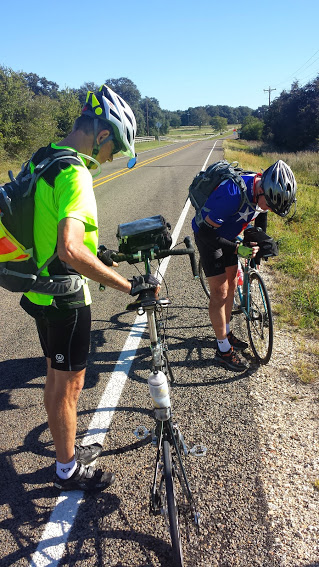 We always make sure to check our tires for burrs and other prickly stuff after pulling off the road for a rest stop. 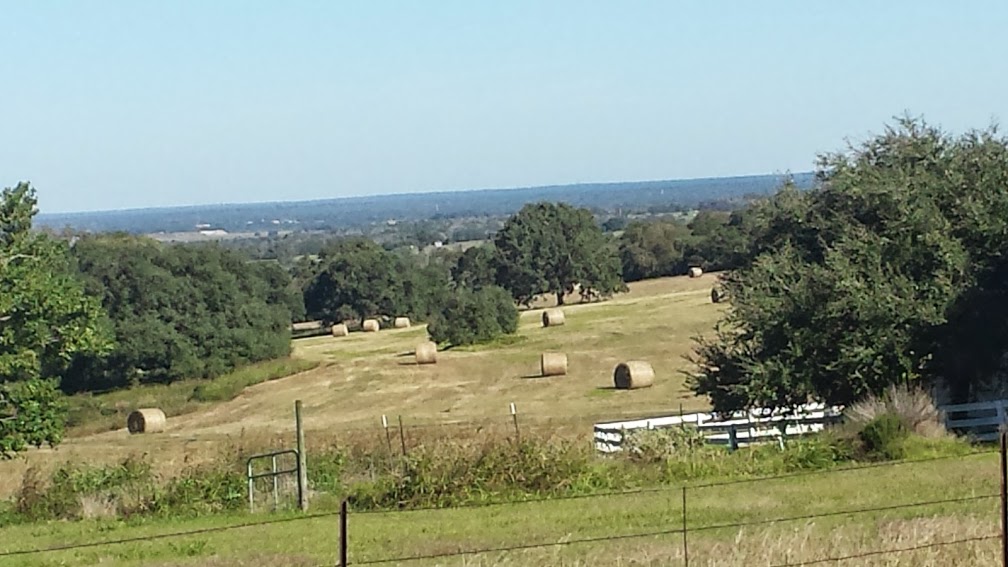 This is a better example of how beautiful and bucolic today’s scenery was. 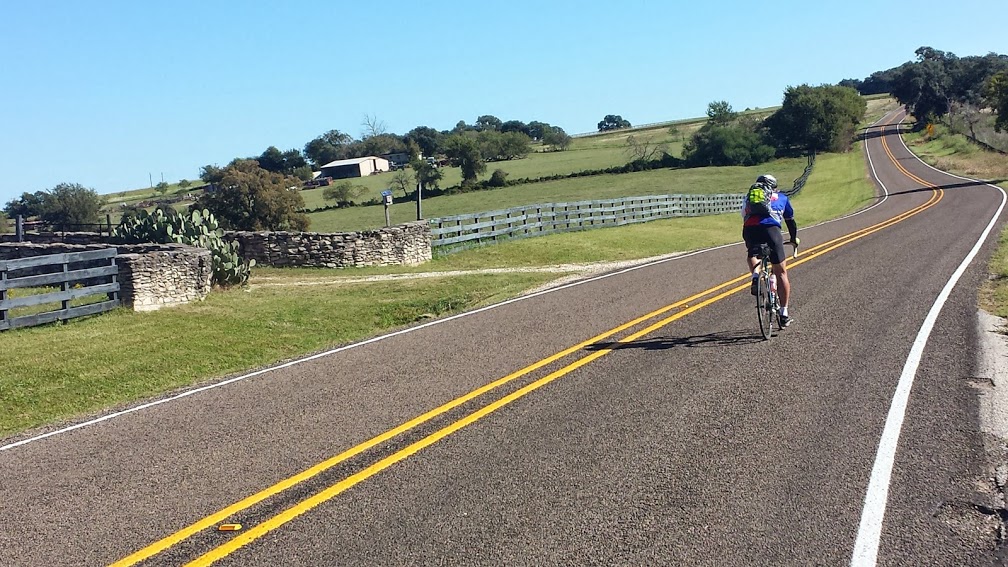 Riding down TX 390 on the way to Independence, TX – nary a car to contend with.  See the prickly pear near the driveway entrance – thought so! 🙂 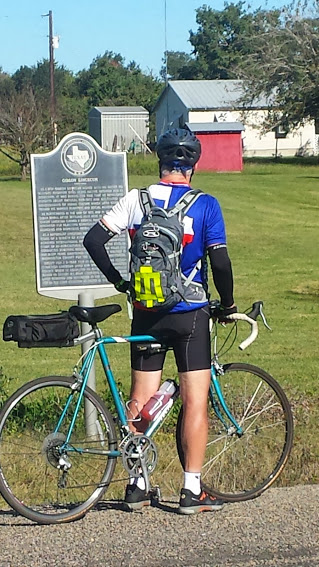 Matt, Mike, Mary and Pat – believe it or not, Tim did not read every single historical marker we came by today. Really! 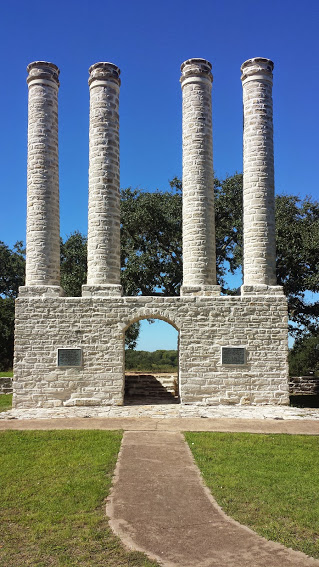 These pillars are all that remains of Baylor Female College, near Independence, TX. They are pretty impressive, so the campus building must have been also. 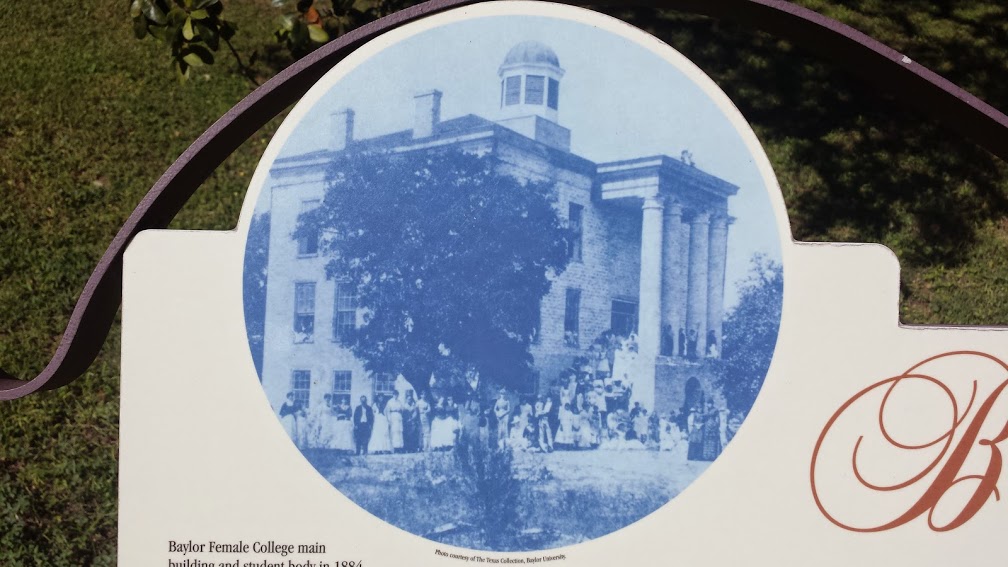 This is a photo of the main building of Baylor Female College near Independence – it shows the four pillars to the far right of the photo (see my previous photo).

On Legs 2 and 3, we saw groves of pecan trees along our route. On Leg 4, there were still lots of pecan trees, but I don’t think they were harvested – they just grew wild in lots and lots of places. 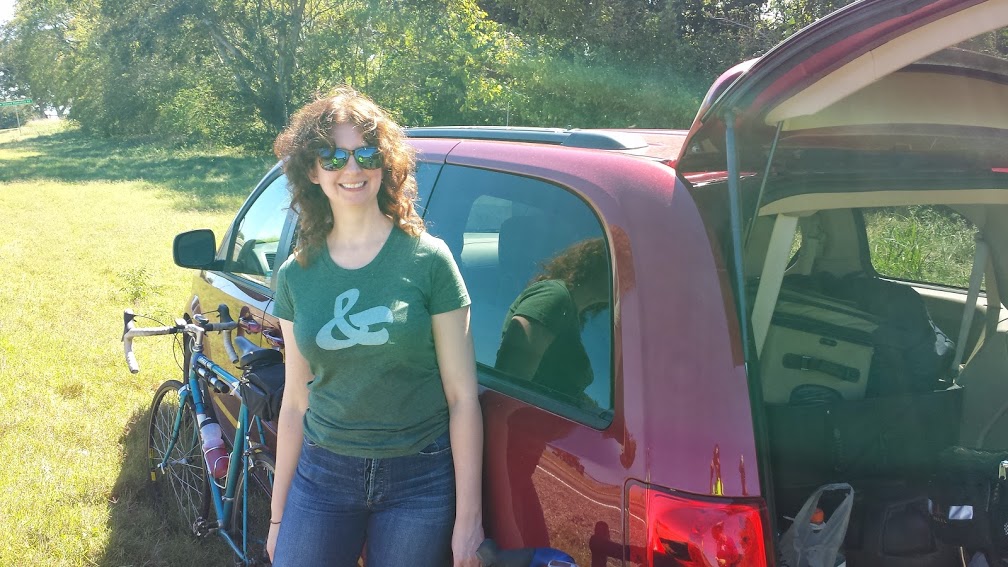 Beth and Ginger join us on one of our last rest stops of Leg 4. 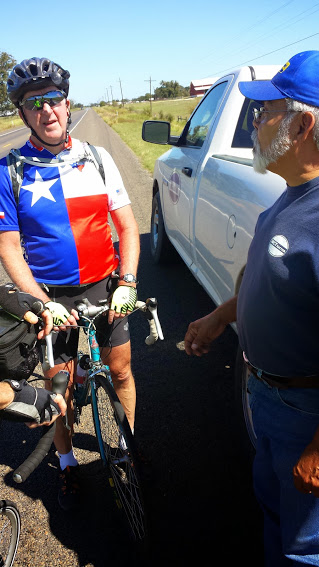 Tim talking to Ernie Bazan, who stopped to talk to us along TX 105 East on the way into Navasota. Ernie runs a motel/campsite that caters to bikers doing the Southern Tier route.

Today’s ride was a mere 52 miles, which was easy by the standards of Leg 4.  We arrived at our hotel, went for a swim in the hotel pool to cool off from the ride, disassembled and packed our bikes, and then went out for some Texas Barbeque (which wasn’t that good, unfortunately).

Our impression of Texas remains good!  The drivers continued to be very courteous to us.  Back home I 0ften run along roads that have divots in the asphalt along the center yellow dividing lines so that drivers have an audible warning if they cross over the dividing line.  So rather than cross over the lines for walkers, runners or bikers and subject their tires to “potential” damage from the divots, many of the drivers back home will not move over at all, which I think is foolish, not to mention inconsiderate and dangerous.  Here in Texas, none of the drivers acted that way – they all crossed the lines and drove over the divots to give us plenty of room, even if it meant slowing down to our speed before they could pass us.

Tomorrow we all fly home and will be dreaming and planning Leg 5, which will finally take us out of Texas. 🙁