Today was actually the first day on Leg 4 that we left the hotel and it was sunny – in fact, there were no clouds in the sky at all today, which was a nice change from the routine we’ve been used to.  The two most remarkable things about the ride were riding along TX 21 East for just a few miles (it was way too dangerous to continue riding along this route! so we got off and added at least 10 more miles to the ride today) and being chased by dogs about 5 separate times today.  We’d approach a property and we’d hear dogs barking, and sometimes they were fenced in, and sometimes they were not.  And when they were not, we were “fair game,” so to speak.  So we always had to sprint to get away from them, which is fine if its flat and/or the wind is at your back, and not so nice if you biking up hill and/or into the wind.

Here are some pictures and the one video that I took on today’s ride. 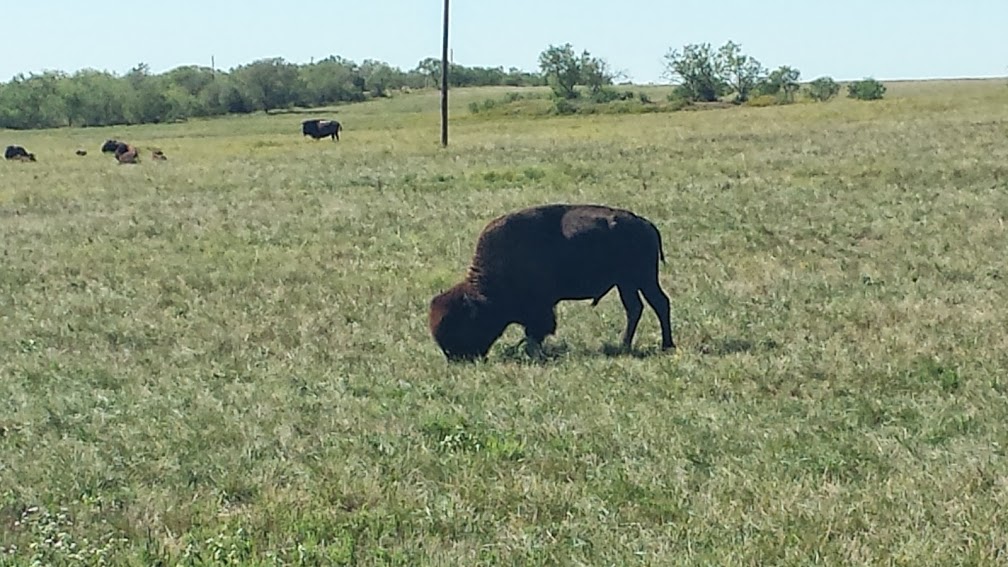 You just don’t expect to see buffalo grazing in a grassy field, at least if you’re from PA. 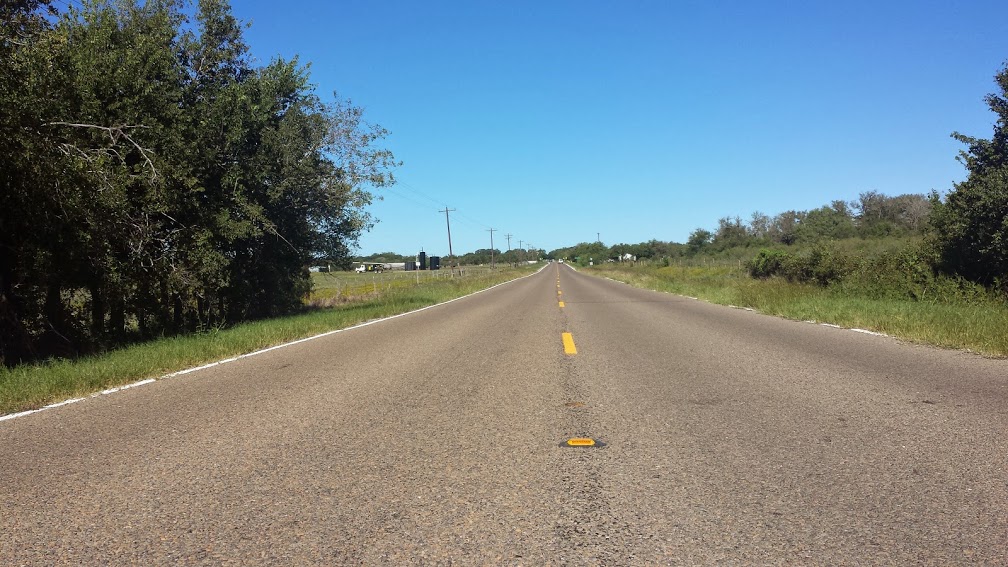 Mark dared me to sit down in the middle of the road to take this photo. I could have double dared him, but it was just easier to take the picture.

Since the video didn’t show the oil derricks very clearly, here is a photo I took after I took that video. 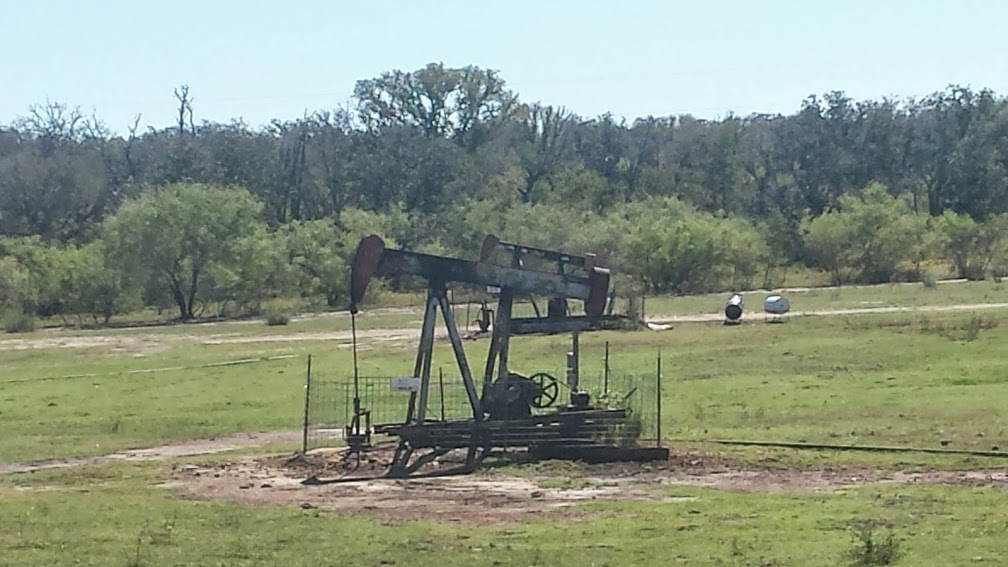 The derricks are much clearer in this photo.

At one point along today’s ride, the scent of crude oil was really strong.  Tim’s post has where we smelled oil today. 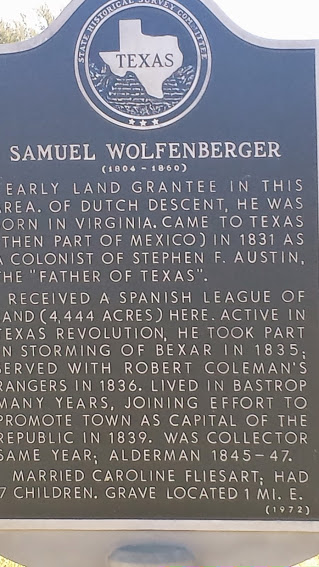 No Native Americans or immigrant settlers were harmed in the making of this historical marker.

When we made it to our hotel in Bastrop, Beth was there with turkey sandwiches and beer, which we enjoyed in the hotel’s hot tub – it was really nice and thoughtful of Beth to do that, and we all appreciated it very much!  We enjoyed an awesome dinner in downtown Bastrop at Baxters on Main – if you are ever in Bastrop, you should definitely eat here!

I have to explain Beth’s out take video, which hopefully gave you a good laugh.  It was simply a matter of expedience and trying to save time.  Really!

And I think we all enjoyed the LBJ Museum and Library, particularly the exhibit they had on 60 for the Sixties, where they named the 60 most prominent and important people from that turbulent decade.  Exhibits like that are bound to promote discussion around why a particular person was included, and why weren’t others on their list.  The Beach Boys were not included, although Bob Dylan and Aretha Franklin were there.  Curt Flood and Bill Russell were excellent picks, but I don’t think Harper Lee (author of To Kill a Mocking Bird) should have been there – that was the only book she ever wrote and yes, it was excellent (and so was the movie), but was it enough to warrant her inclusion in the most prominent people of the 1960’s? Anyway, we were still talking about the museum and this exhibit at rest stops along the ride today, so it accomplished its objective – to make people think.

Today’s ride was another 48 miler, and tomorrow we head to Round Top, TX, which will be about 60 miles.