Kyle, TX to Bastrop, TX: A Dogs Day in The Heart of Texas: Bicyclists chased by packs of dogs 5 times in a single ride. Tim screams like a man. 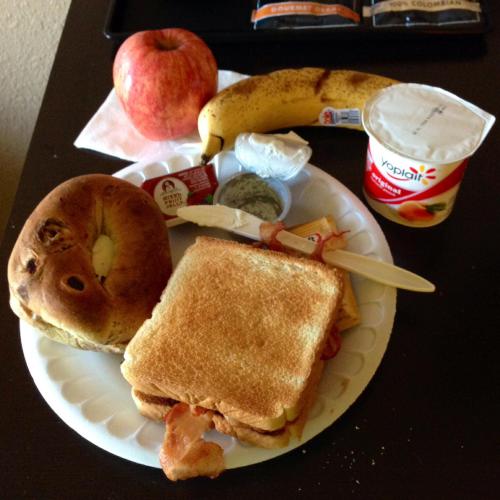 There is nothing like second breakfast (although shower beer is pretty close) to fuel up for riding for 4 or 5 hours. We really wipe out the food in these hotel breakfast rooms. This picture was taken in my room while I packed for today’s ride.

We used Google maps for a slight detour from the ACA route to avoid back tracking along I 35 to the center of Kyle. It was easy and saves 4 or 5 miles from the route to Bastrop. It was a perfect day for riding in terms of weather and the first sunny day so far, with only slight winds and rolling hills. We took our time and enjoyed stopping for photos whenever we saw an opportunity and there were many today. Most of the roads had no shoulders, so if you are reading this looking for route descriptions, be careful on Rt. 21 and again on Rt. 20, as traffic can be heavy and fast. We were only on 21 for 3 miles but they were not pleasant miles and 20 had less traffic but enough to make you need a sharp alertness at all times. 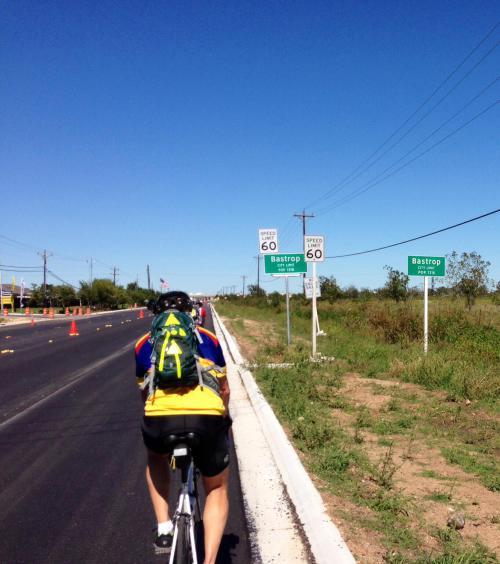 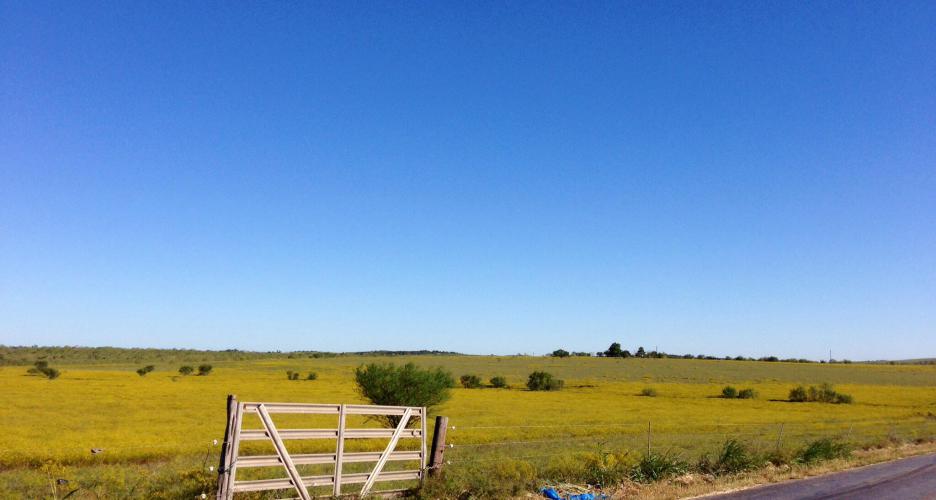 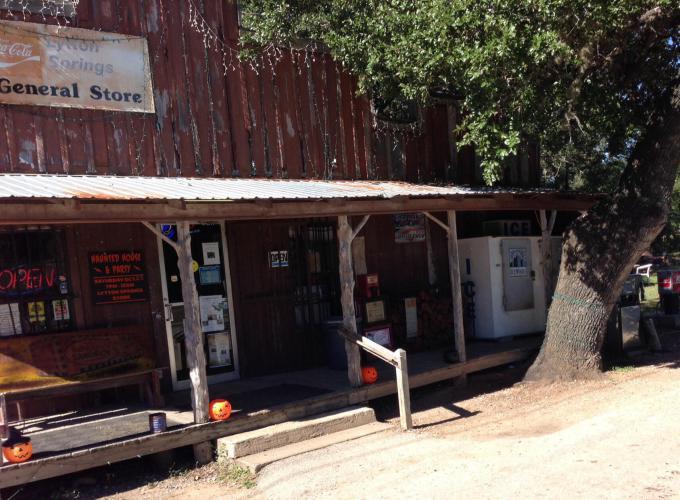 There are many of these little General Stores in the middle of nowhere. We sometimes go in and buy cookies or candy or even get directions to find out how far to the next mapped landmark. The other day we saw one that still had a Fall Out Shelter symbol on the entrance. We used to see them everywhere as kids during the early sixties. 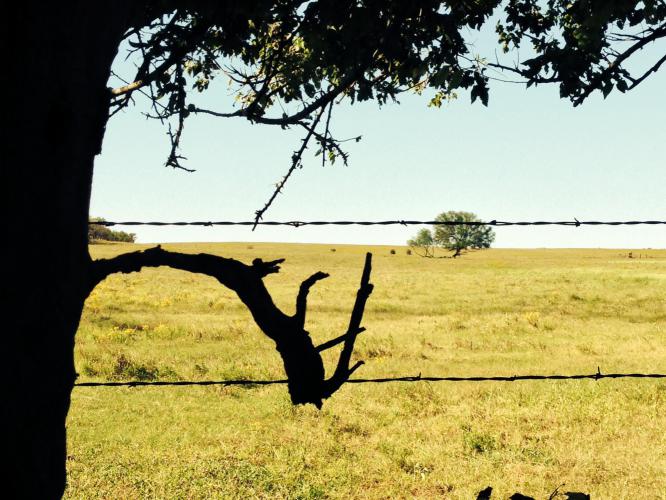 Another Texas farm or ranch. We stood near the fence relaxing but then Tim noticed poison ivy and carefully stepped out of the weeds back to the road. 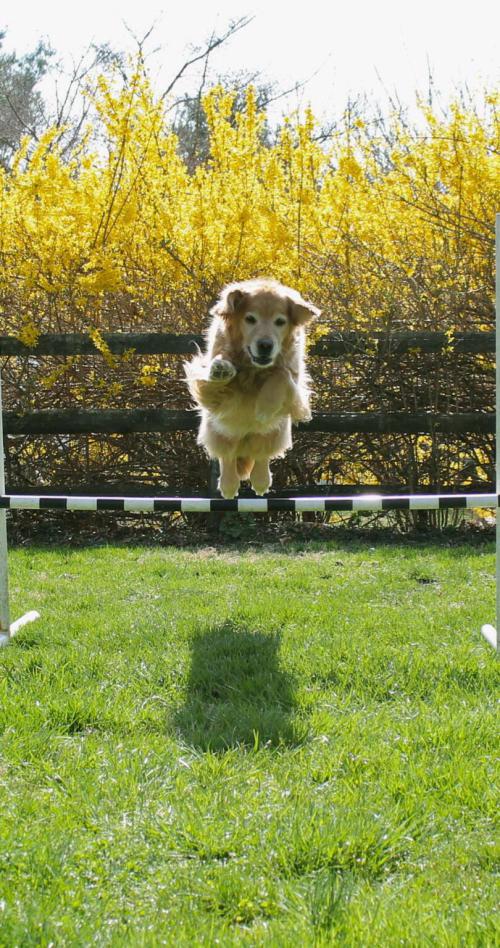 This looks like the dog that came out of nowhere and chased each of us in turn. He was so happy to run and jump but he scared the hell out us and Tim told him to ” Get the f… out of here.” 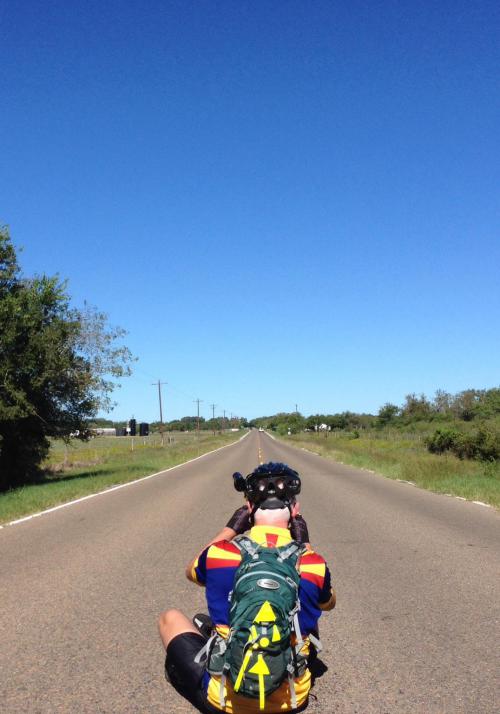 A shot of Brian getting a shot. This was on Farm Road 1854 which had very little traffic but a few dogs. Almost every yard had a dog and some were fenced while others were free to give pursuit to crazy old men on bikes. 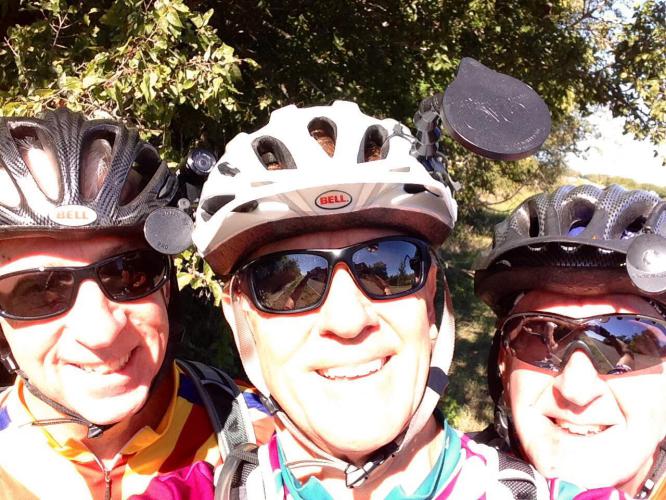 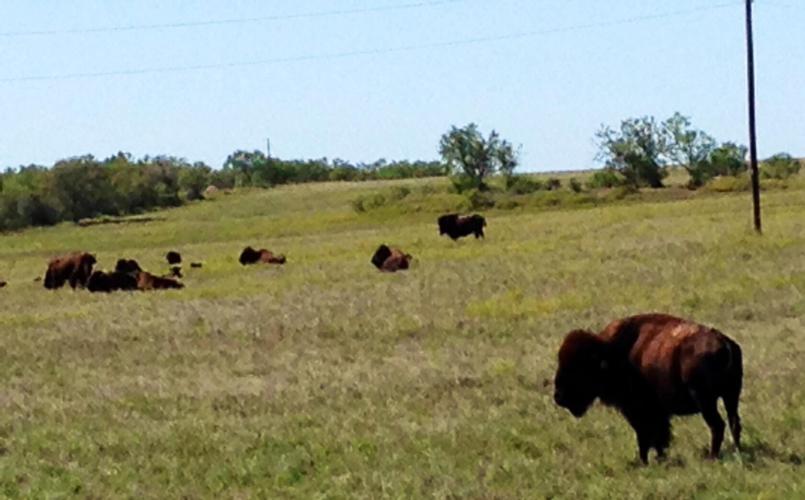 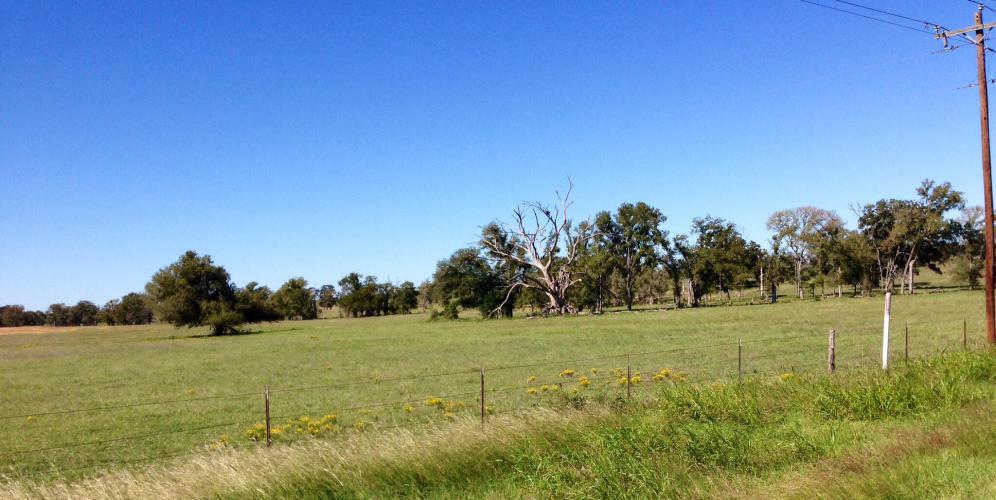 Just a beautiful day to ride. Another view from Rt. 1854. 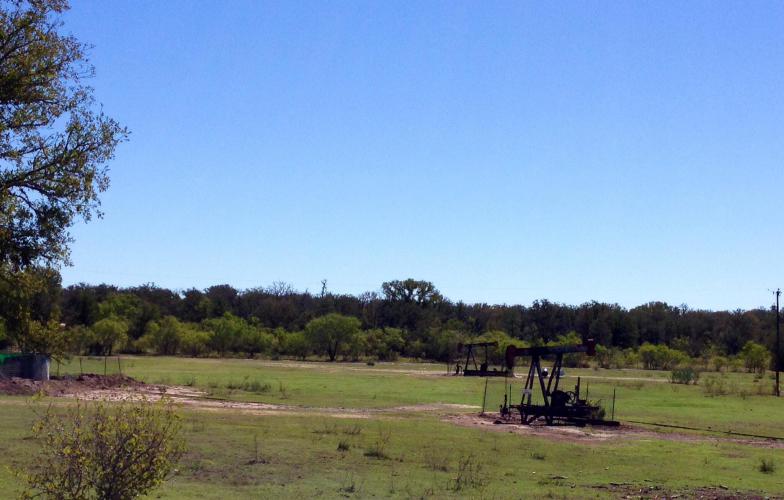 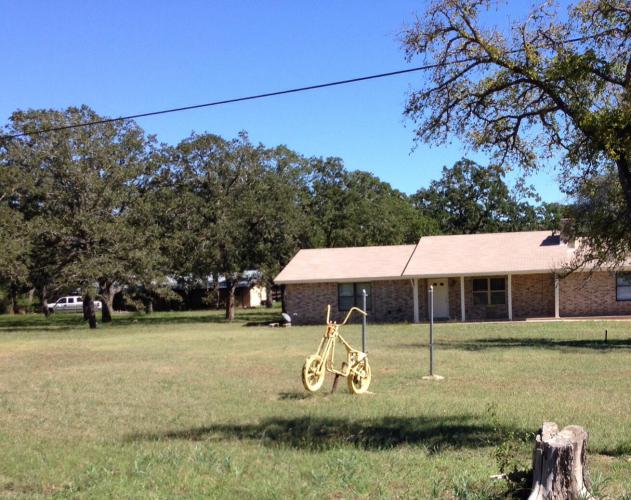 Arrived in Bastrop mid-afternoon and relaxed before dinner at Baxter’s on Main in old downtown Bastrop which is a neat town with a good mixture of shops and restaurants. 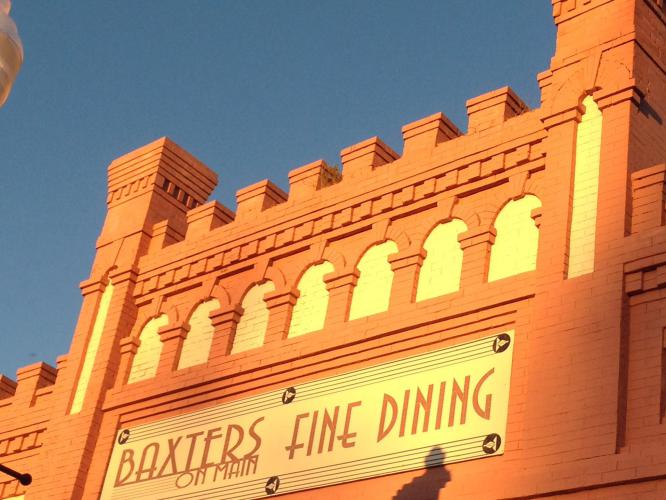 Tomorrow we ride to Round Top and will be closer to the Atlantic Ocean than the Pacific.

3 comments on “Kyle, TX to Bastrop, TX: A Dogs Day in The Heart of Texas: Bicyclists chased by packs of dogs 5 times in a single ride. Tim screams like a man.”