I was expecting the truck to name itself, but it told me it’s just “the truck.” It’s a silver Chevy Silverado. So maybe its name should be Silver. But that seems a little wussy for something that looks like this: 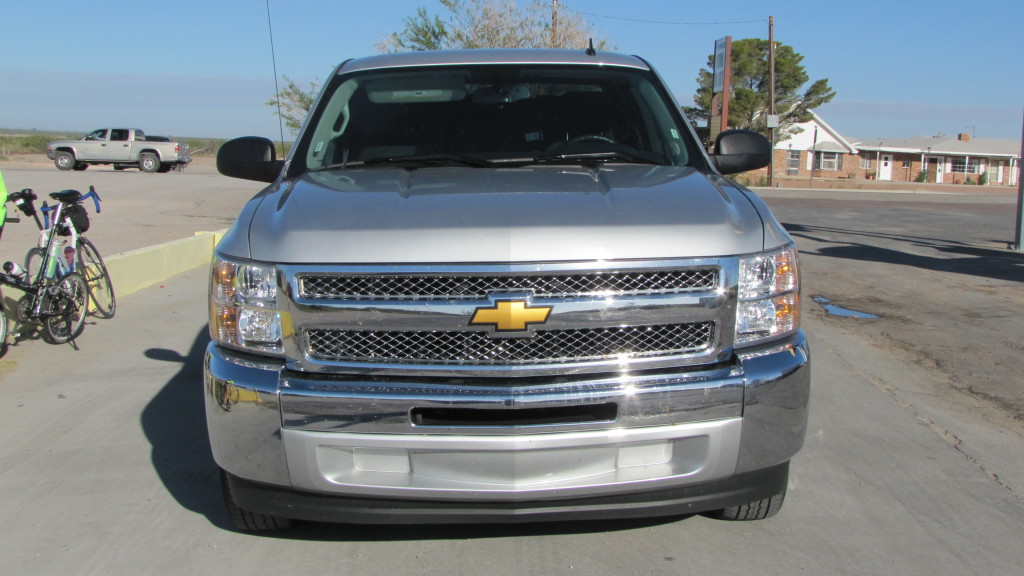 The top speed I’ve registered is 100 mph on a pass, and I didn’t even notice until I was back in my lane and slowing down. It is a smooth, smooth ride. And it’s really the perfect vehicle for this leg, because I fit right in with these Texas rangers. I would never want to own one of these, but it’s great to pretend I do for a week.

Mark decided on Monday that he didn’t want to ride from Marfa to Marathon because he’d seen it yesterday on the drive and it didn’t look fun. I thought he was joking at first because it can be hard to tell when Mark is being serious. He said he was half-serious, but actually he was all-serious. And Tim and Dad were fine with it. So I drove the guys to Fort Davis and we breakfasted with some other pickup drivers at Lupita’s Place, the only open restaurant. 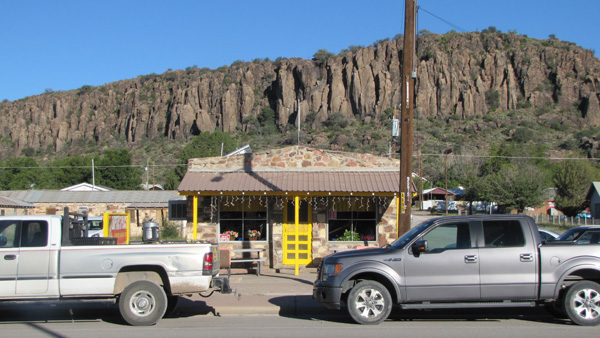 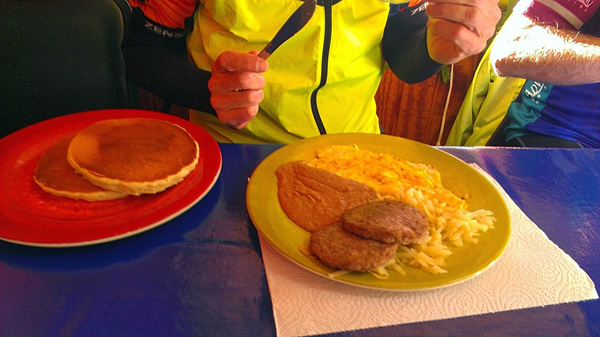 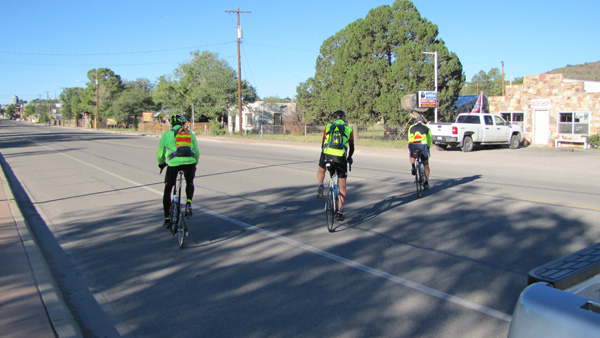 I stopped at a gas station and cleaned all of the kamikaze bugs off Silver’s windshield with glee, then headed back to the lovely Captain Shepherd House and spent a stupidly long time trying to get online. Internet and mobile service feel like basic American necessities, but in west Texas they’re hard to come by. The thing about the Captain Shepherd House, though, is that it makes you want to split yourself into three people so that you can enjoy a bunch of its rooms all at once. So I opted to forego connectivity and luxuriate in our lodging.

I parked myself in one of the comfy sitting rooms and read and wrote. A couple of hours in to my reverie, the front door of the house opened. I heard footsteps walk past my sitting room. Then I heard a loud fart, the fart of a person who thought she was alone.

She walked into the dining room, about fifteen feet away, directly in my line of vision, and yet she remarkably did not notice me. She turned on the candle chandelier over the table and looked at it admiringly, and I decided that not saying something would be weirder than saying something.

“Hi there. I just didn’t want to freak you out.”

She had no perceptible reaction, holding her gaze steady on the chandelier. I thought she might not have heard me. She was fiftyish and blond and put together in a tasteful Texan way, wearing a white shirt with ruffles down the front. After a few seconds she looked at me and said, “I’m sorry, I didn’t think anyone was here.” 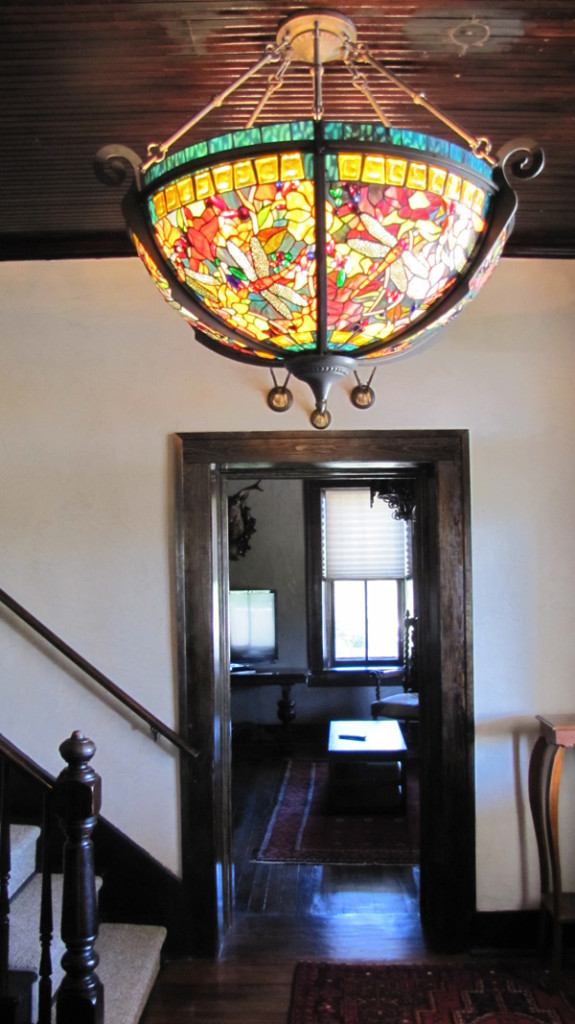 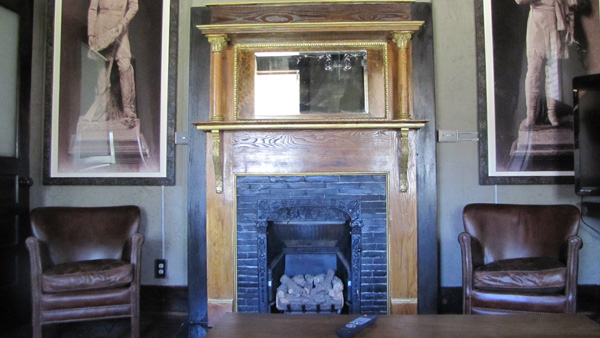 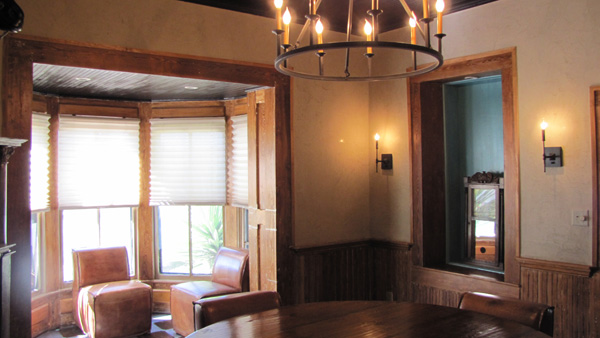 And some more shots of the place: 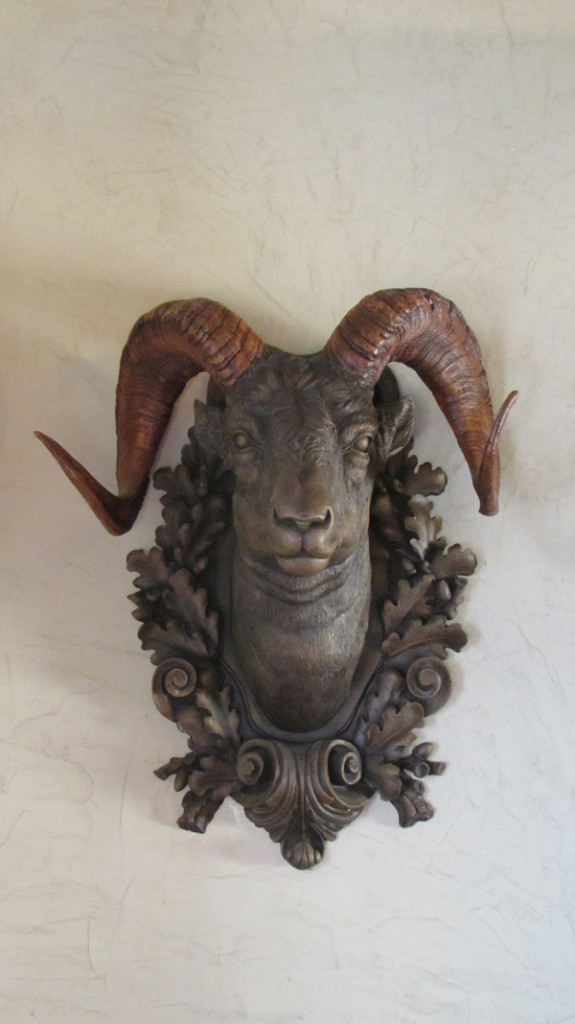 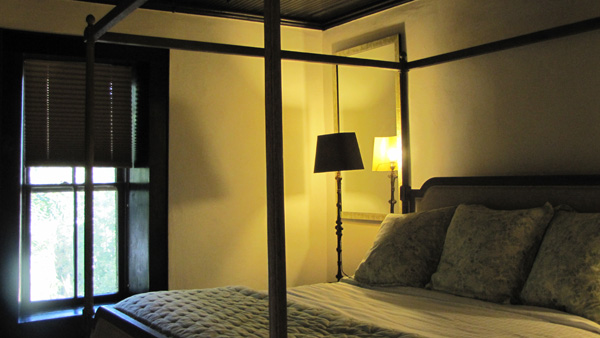 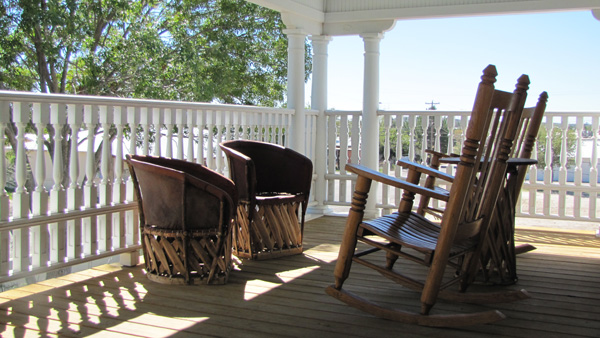 Porch we unfortunately didn’t use 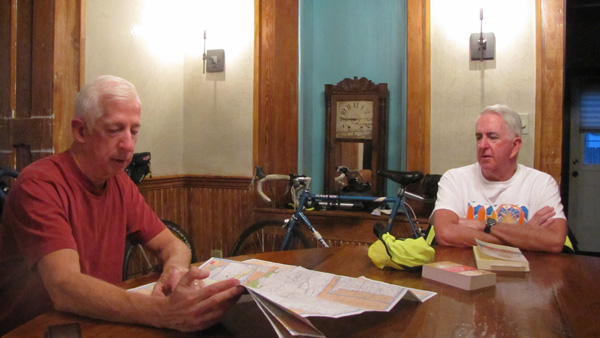 Planning the next day’s route at the roundtable 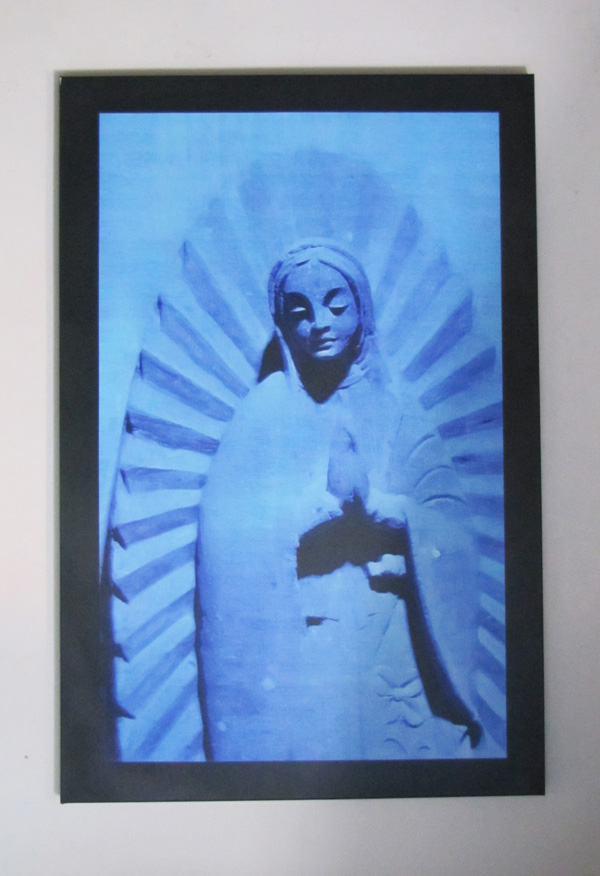 9/10. It’s kind of ballsy to put this in someone’s bedroom. The piece is both pretty and haunting.

God, I don’t know. 6/10? The more I look at it the more meaning I find (or create for myself). It’s a photograph of a statue of the Blessed Mother, tinted blue. If you want to be moved by it spiritually, that’s there for you — it’s a striking, powerful image — but if you want to see it as a statement about the hollowness of religion, or of religious symbols, I think that’s there, too. And surely more. Go loco.