After breakfasting at what felt like 4 a.m., the guys waited for the sun to rise so that they could depart. I hung out in the room till 11, then made the hour-long drive to Marfa. 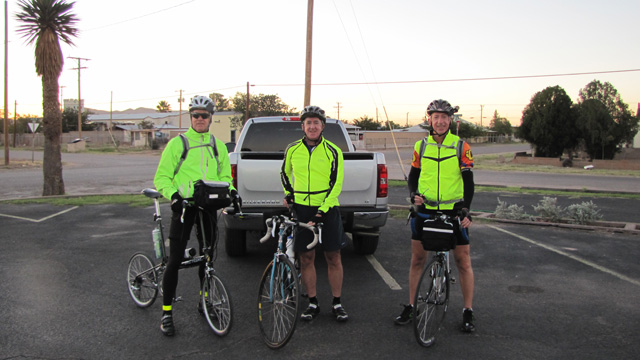 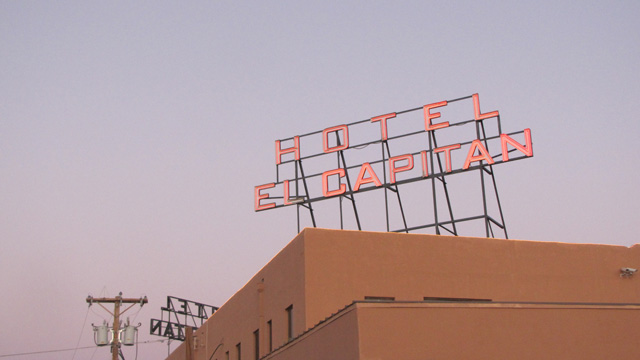 In the past two trips, the driving has been among the most exciting parts for me, but I haven’t been as thrilled about it so far this leg. The roads have been flat and straight and the vegetation hasn’t held any surprises. Where are my scenic overlooks? Where is my prairie song?

But if nothing else, I have been feeling some much-needed love for America during my drives. (For my own future reference, this is the leg with the government shutdown. L2 was the leg with the undying sinkhole story. I don’t remember what L1’s major news item was.)

This is going to be a brief but simplistic and emotional argument, and I say the word “government,” so skip if you’re averse to stuff like this. But I think that at its best, government can make people feel worthwhile and cared for in a subconscious but important way. A corporation has little motivation to put picnic areas and historical markers on its hypothetical privately-owned highway in the middle of nowhere unless they can yield a measurable financial return. It’s almost impossible to measure the feelings of relief, comfort and pleasure little oases like these bring. I can think of ways of achieving a financial profit, but it would be at a sacrifice to other benefits. I idealistically but adamantly believe that successful infrastructure and public works projects can help heal and reunify the collective American psyche. Even if I’m being naïve, we’d at least get nicer roads and useful train lines out of it. 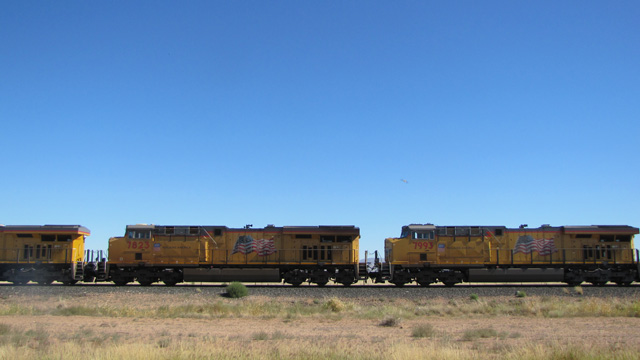 Marfa is not the Brooklyn of West Texas (I report with relief), even if its lone pizza place rivals Grimaldi’s. I didn’t see one guy dressed like it’s 1865 (I always imagine these guys saying, “Handlebar mustaches just feel really right to me, you know?”). I didn’t see any women who looked like they sell useless crafts on Etsy. I didn’t even see any plaid shirts (except the one I was wearing, oops). Marfa is just not nearly as self-conscious, except for maybe the couple in this profile who dress alike.

It’s a very tiny town, more hardscrabble than what I was expecting from the fancy art projects on the way in and from all the press it’s been getting lately. 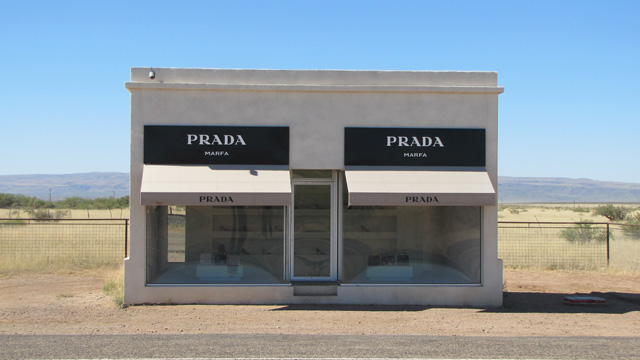 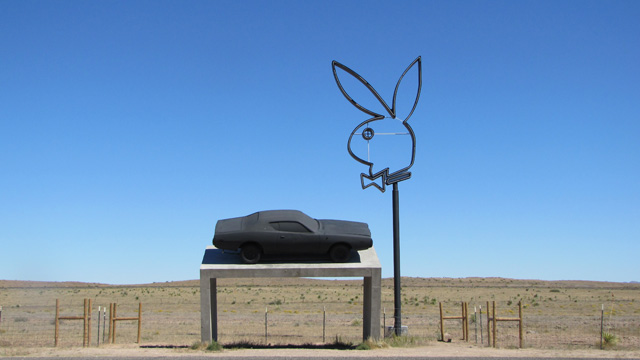 This work was commissioned by Playboy to “revive the brand for a younger generation.” Marfa residents have mixed reactions.

I drove around for a few minutes looking for stuff that was open; it was Sunday, so not much was. Actually I get the sense that not much is open most of the time. Saturday is probably the best day of the week to be in this town.

The bookstore was the one place with open doors, and I am a fan of bookstores and open doors, so I went in. I suspect that if there’s one Brooklyn-y person in this part of Texas, it’s the guy who owns the bookstore (he appears in the 60 Minutes profile). Upon entering I detected the needle scratching off the record (potentially like-minded female stranger alert!) and instantly felt an irrational fear of being spoken to. I dealt with this by making eye contact only with books.

I thumbed through some of the design books, many of which were up my alley or just around the corner from it, then visited the art gallery in the back. I didn’t like the work but enjoyed getting to see it. Even if a lot of art doesn’t move me, I wholeheartedly endorse devoting a room to it.

Next stop: Pizza Foundation, an old garage that also has an art gallery in the back. The gallery was closed for the installation of new work, but you could peek through a little slit in the wall and see some of it.

I arrived around 1:15 and was told there was an hour-long wait. Pizza Foundation is popular! And apparently two employees were hung over from a party Saturday night and failed to show up. If I’d known how long I would be there I would have offered to help out. Instead I settled in and read and watched people coming and going. 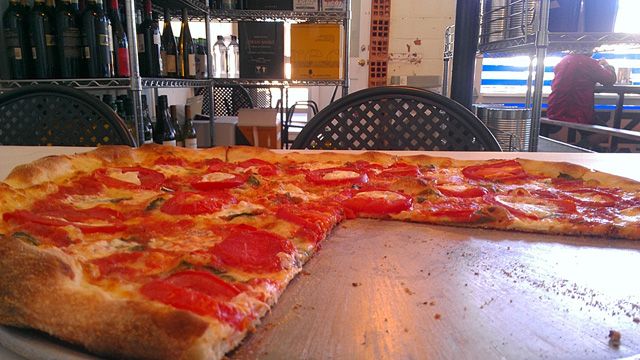 The pizza was done after about 50 minutes and I gobbled down my share of knockout slices, obsessively tracking the guys’ progress on GPS. It was a whole extra hour before they finally arrived. When they got to Pizza Station, they all yelled angrily, “Pizza?! What were you thinking??”

No, they ate it up and then we headed to our truly awesome hotel in Marathon. 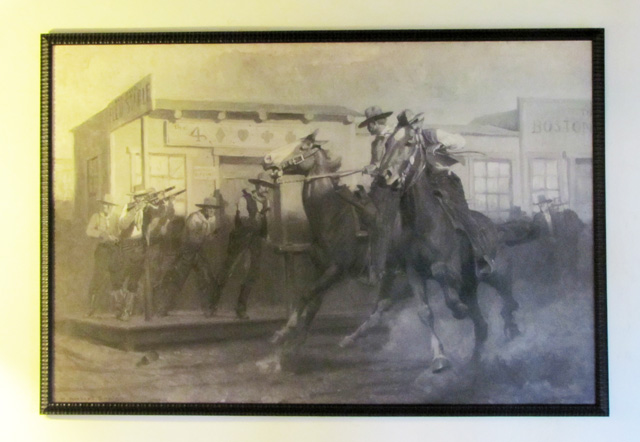 6.5/10. Once we’re in “real art” territory I start getting nervous about this scoring business.  There’s so much to like about this. It’s telling a story and feels alive. I would be happy to own it.