Day 8: Dance Across the Rio Grande

By Day 8 everyone was ready for Leg 2 to end. Burnout had set in, all the scenery was looking the same, and we were all starting to miss our homes. Fortunately the last day’s ride was supposed to be pretty easy, at least compared to Day 7’s slog. And finally, for the first night of the trip, Dad had gotten a good night’s sleep.

The guys got a late start so as to avoid traffic out of Las Cruces, which meant we all got to hang out with Mary, Nalla, and Soukuma some more. 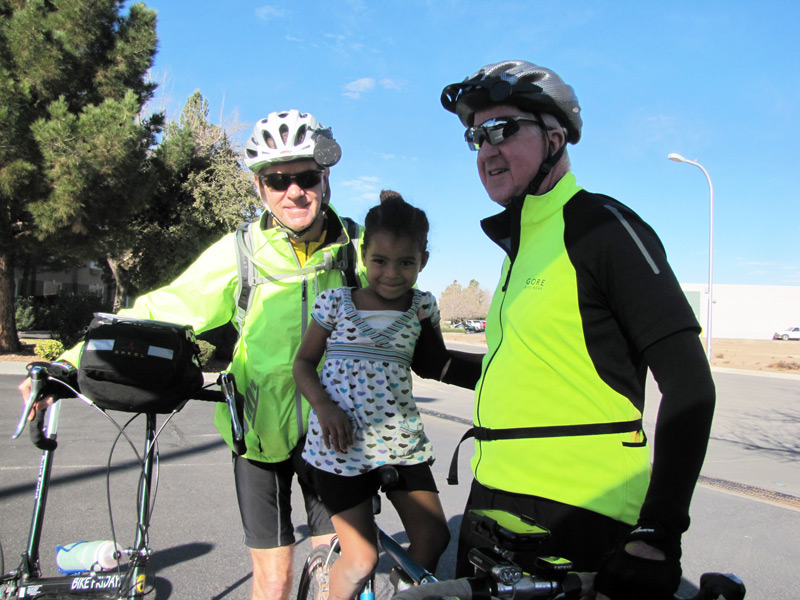 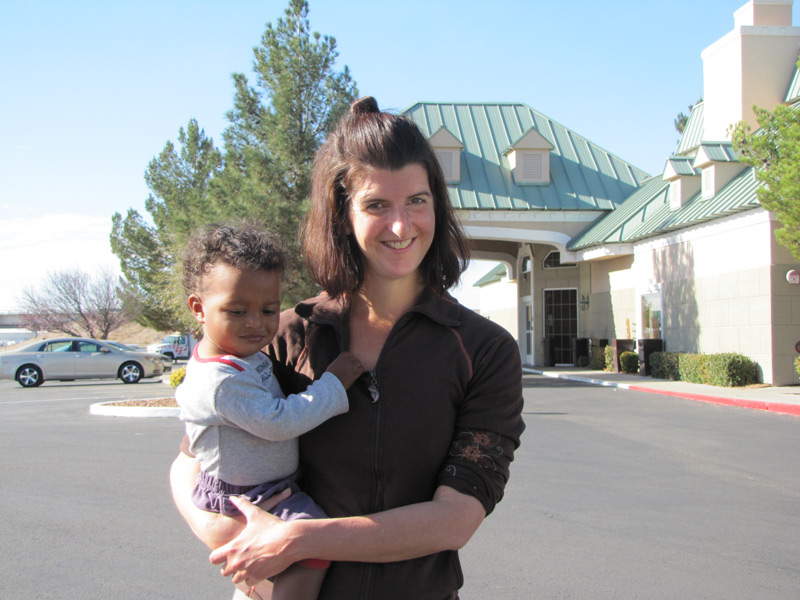 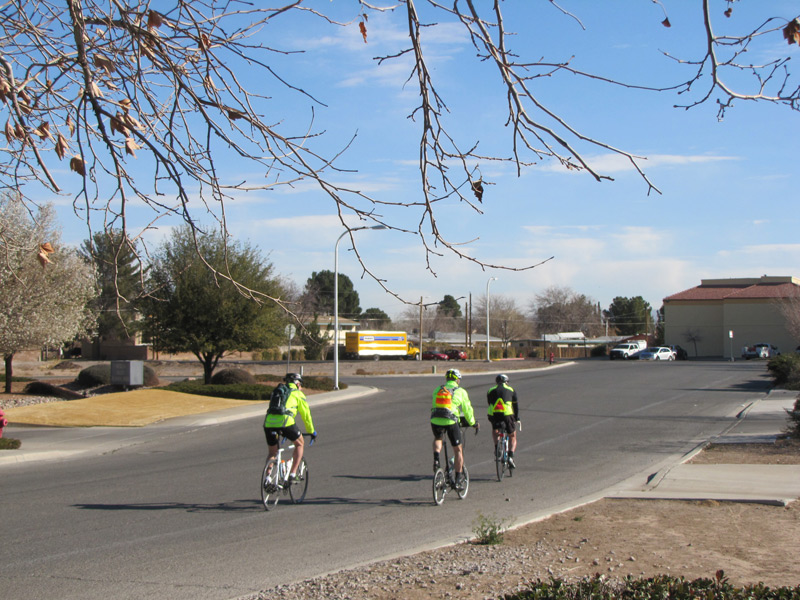 It was a pretty easy day for me, too. I saw Mary and the kids off, worked a bit in the room, then started for El Paso. The drive was striking for the many pecan farms along Route 28. Pecan trees are planted in grids, and it makes for a neat effect when you’re driving past them. I think one of the guys posted a photo, but here’s one from Flickr for reference. The desert was beautiful but we all welcomed the change of scenery.

I found the cyclists on a trafficky road in El Paso just a few miles from the finish line. They were all a little grouchy and were disagreeing about the best way to get to the hotel. Dad almost called it a day — after all, they’d made it to their destination city. But he decided to stick with the team and ended up leading them the rest of the way.

I checked in to the hotel, chatted with Chris a little bit, then realized I needed to go out and get some celebratory beer. I drove to a Walgreens and grabbed a cold six pack of Dos Equis. When I pulled into the hotel parking lot the bikes were lined up outside the front entrance. The ride was over. 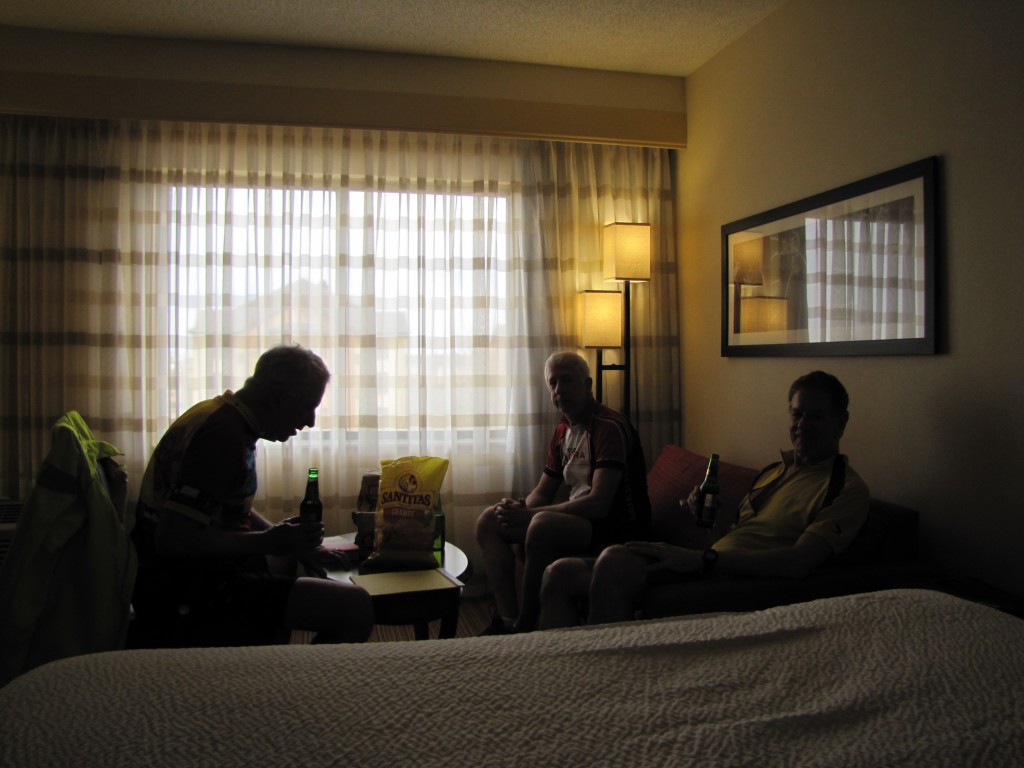 DONE – but of course Tim is already mapping out L3 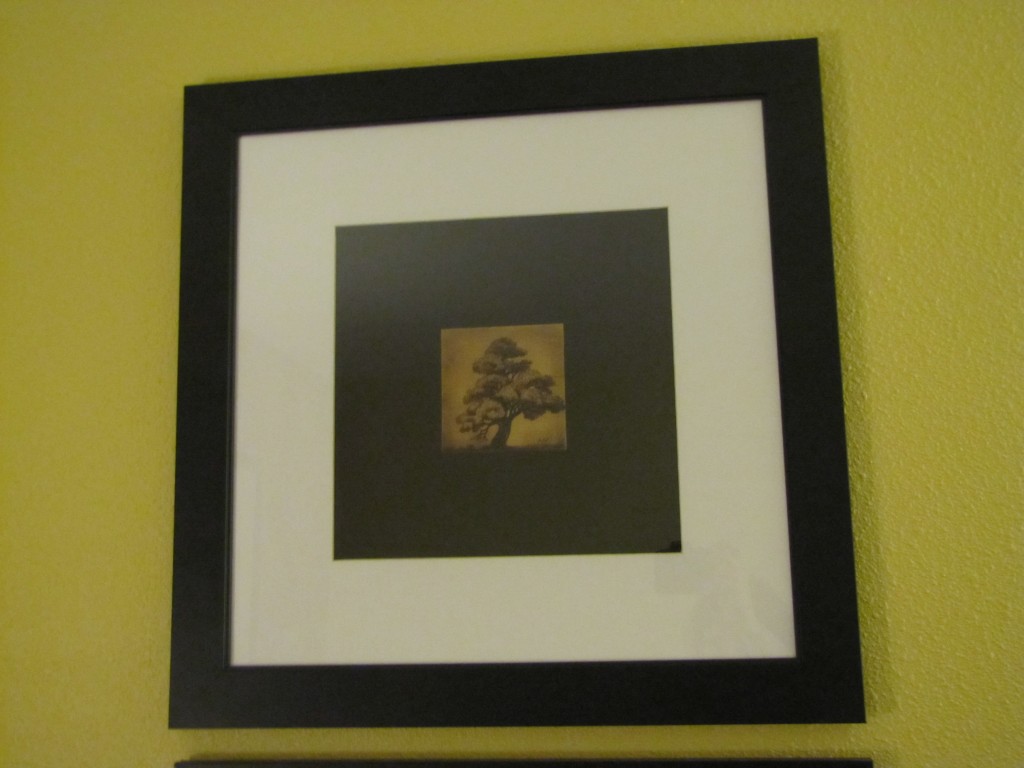 Sorry you can’t see this too well; it was really tough to get a good shot. It has an even cooler companion piece against a green background, but there wasn’t enough contrast for it to render well in a photo. And it wasn’t fully visible.

6/10. I’m not thrilled with this choice of matting; I see what they were going for with the squares, but I think they should either have done a thinner white matte or none at all and used a slightly thinner frame. I’m thinking too much about mattes and not enough about trees. Also, this and its companion were hung in a weird spot, partially covered by the TV. But the smallness is great — it makes you look, and it’s pleasant to look at.