Posted by Brian on March 7, 2013
Posted in: Uncategorized.

We started the day at about 8 a.m. by having a nice breakfast together, including Mary, Nalla and Suokamo.  We got on our bikes and began the last ride of this cross country leg L2 at a bit after 9:00 a.m.  Not too far from our hotel, we came back to Mesilla, where there is a historic district containing a small, wood construction Catholic Cathedral, the jail in which Billy the Kid was once held, and the La Posta restaurant we visited last night.  Here is a shot of the Cathedral. 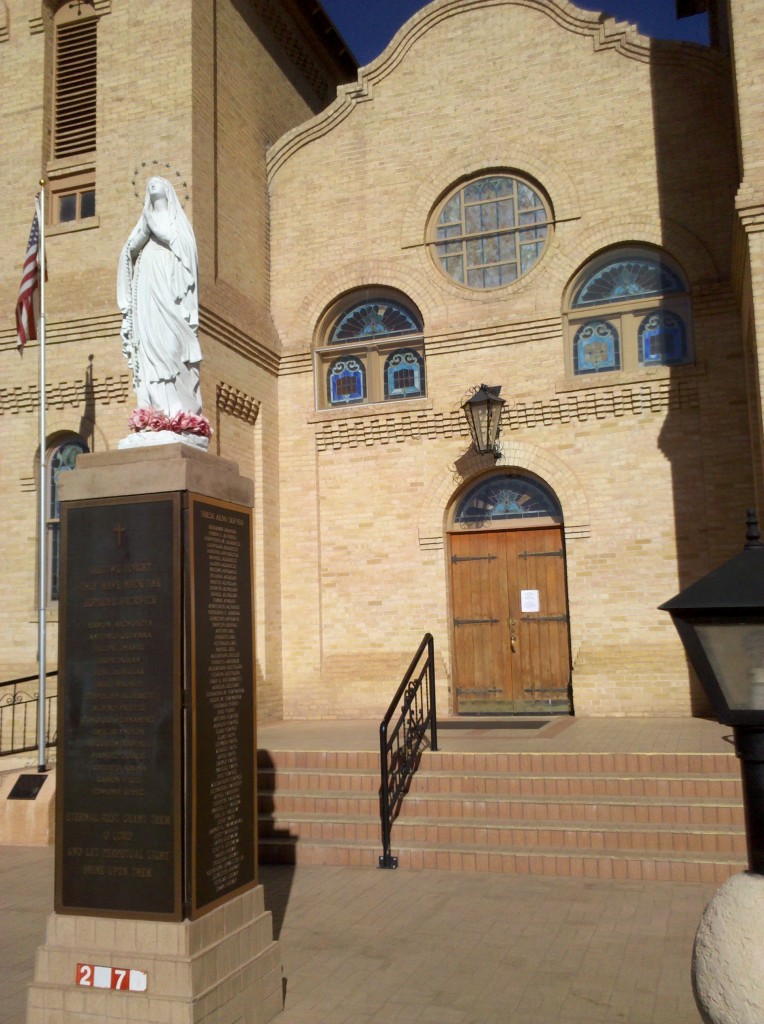 I took my last video along NM 28.  The trees in the video are pecan groves, which we first began to see yesterday along NM 187 and NM 185.  Pecan groves very much like the ones in this video line a good portion of NM 28.   Also, as you will notice in this clip, it was very comforting to see bikers coming the other way on NM 28, since it meant this was a bike-friendly route.

Not too much after this, we again came upon the Rio Grande, which we had crossed a few times during yesterday’s long ride.  Yesterday, the two times we crossed it, it had water in it.  Today, further south and almost to Texas, the river bed was completely dry. 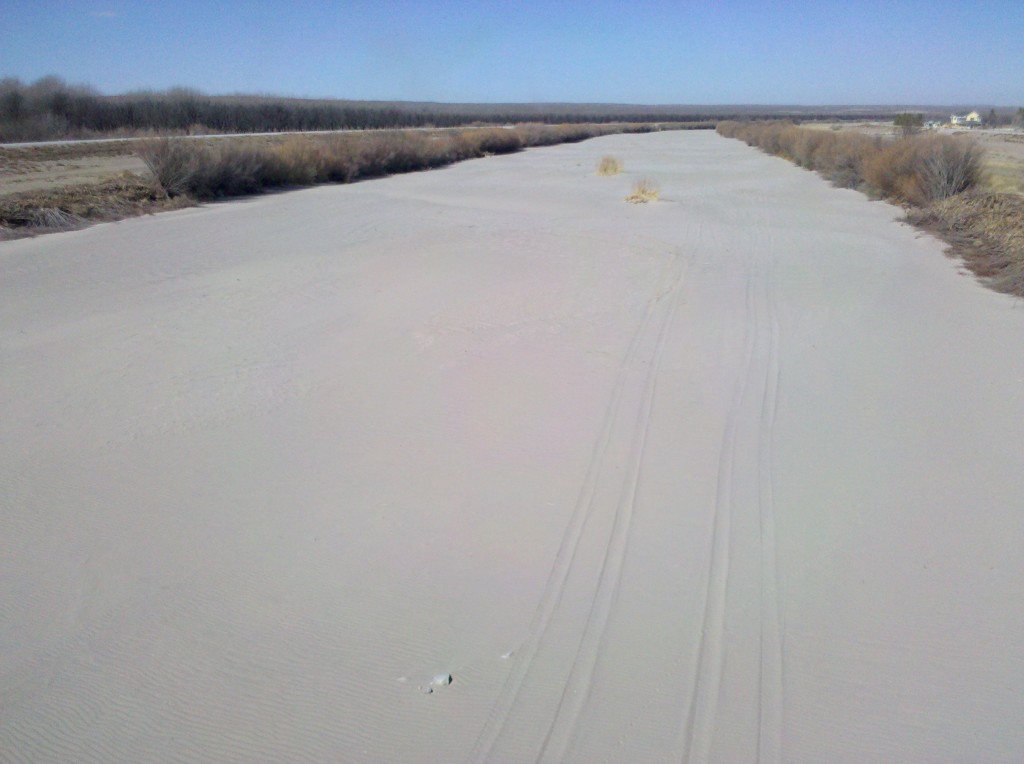 View of the Rio Grande from NM 28, not too far from the NM – Texas border.

The most difficult part of today’s 54 mile trek was when we rode into El Paso on Texas 20.  The rode became very urban and there was quite a lot of traffic.  We met Beth along Mesa Blvd (which is also Texas 20), took on a few more fluids, and retrieved printed biking directions of the route to our hotel, which I had printed out from Google maps before leaving on this trip.  At times they were a little difficult to follow, but they definitely worked and we made it to our hotel (the Courtyard by Marriott at the El Paso Airport) safe and sound.  We celebrated with some cold beers Beth picked up for us after she had made it to the hotel ahead of us.  After tossing down the beers, intermingled with the rest of our salty snacks, we all went down to the pool and hot tub.  So here are a few pictures we took while relaxing there. 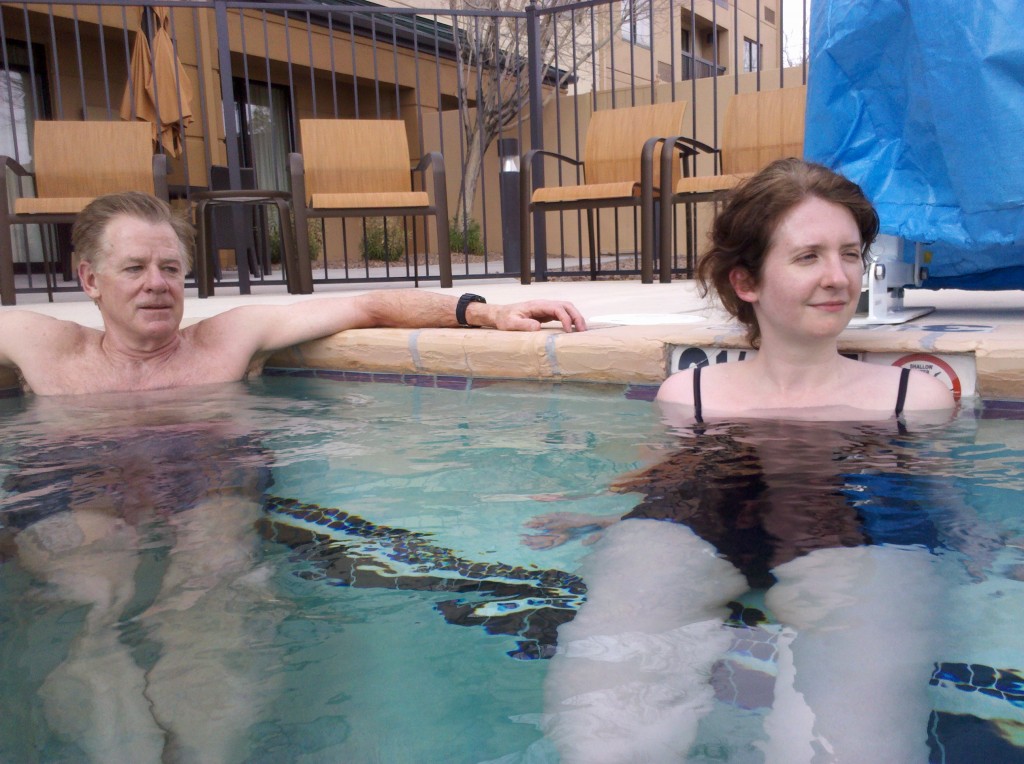 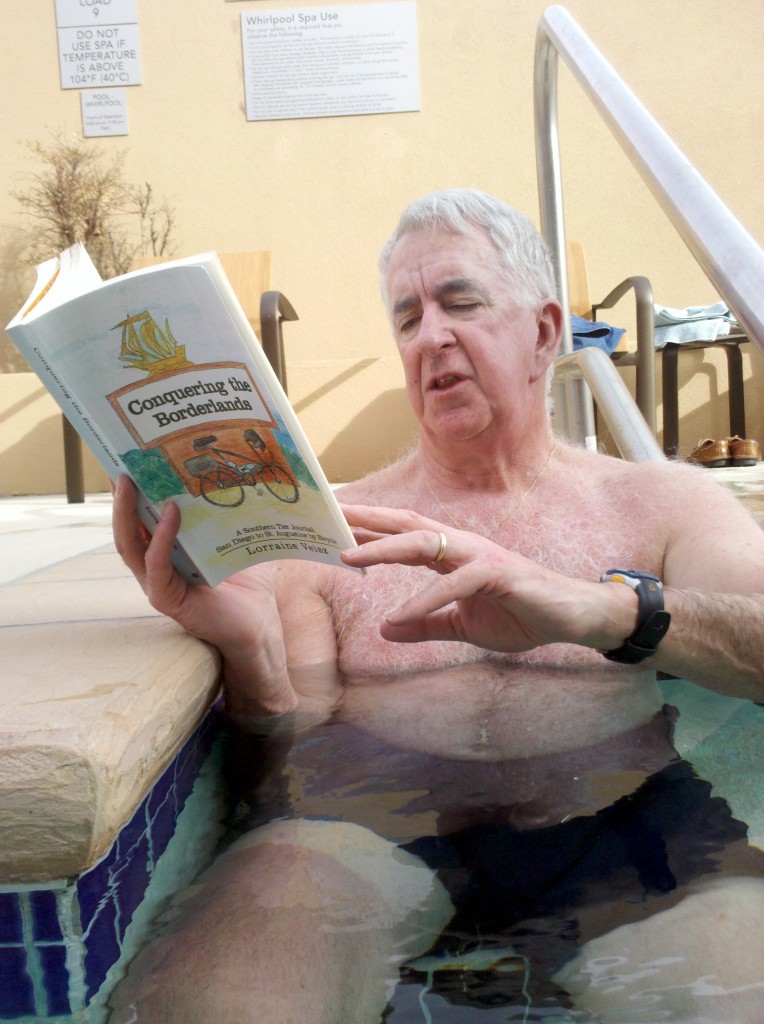 We finished off the evening by enjoying another good Mexican meal at Los Bandidos De Carlos And Mickey’s, a short drive from our hotel.  Tomorrow some of us (like me) plan to finish disassembling our bikes and then taking in a few sights that El Paso has to offer.