We had a nice breakfast, cooked by Tom (who also happens to be a gold prospector) at the Black Range Lodge, and were on our way by about 8:30 a.m., which was a little later than we would have liked.  I took my one and only video of the day shortly after leaving Kingston.

There is just no other word for it – this day’s ride was tough!  We all agreed that this was the most difficult ride, even though we dropped about 2,300 feet in elevation.  But it was an 89 mile ride and it took us about 9 hours total, including about a 30 minute or so lunch break at The Pepper Pot Cafe in Hatch, NM (which was very nourishing and tasty, by the way!).  I took only a few pictures during the ride, and here they are: 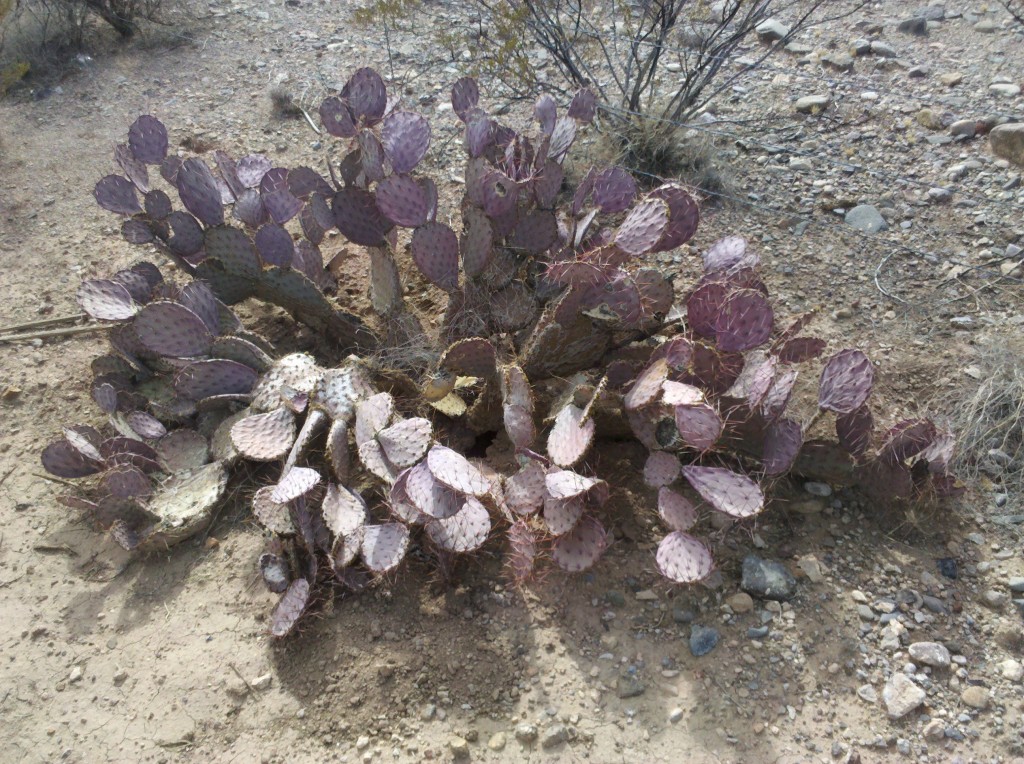 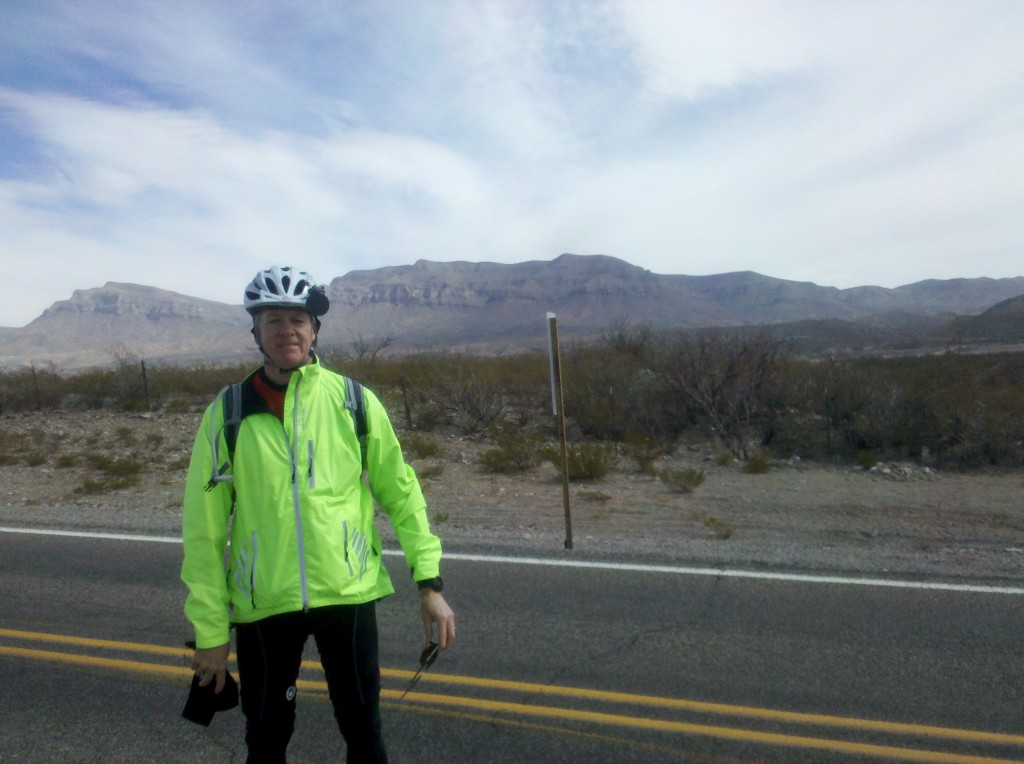 We finally arrived at our hotel at about 5:30 p.m., when we were beginning to run out of daylight.  Our late arrival reminded us all of a similarly long day on L1 when we arrived at the Fairfield Inn in El Centro, CA after dusk.

When we arrived, we were met by Beth, and also by Tim’s daughter Mary and her two children Nalla and Suokamo.  Mary lives in Albuquerque, NM and made the 3.5 hour drive south along Interstate 25 to meet up with us for the evening.  Here is a picture of Mary and her children, taken from Beth’s room at our hotel. 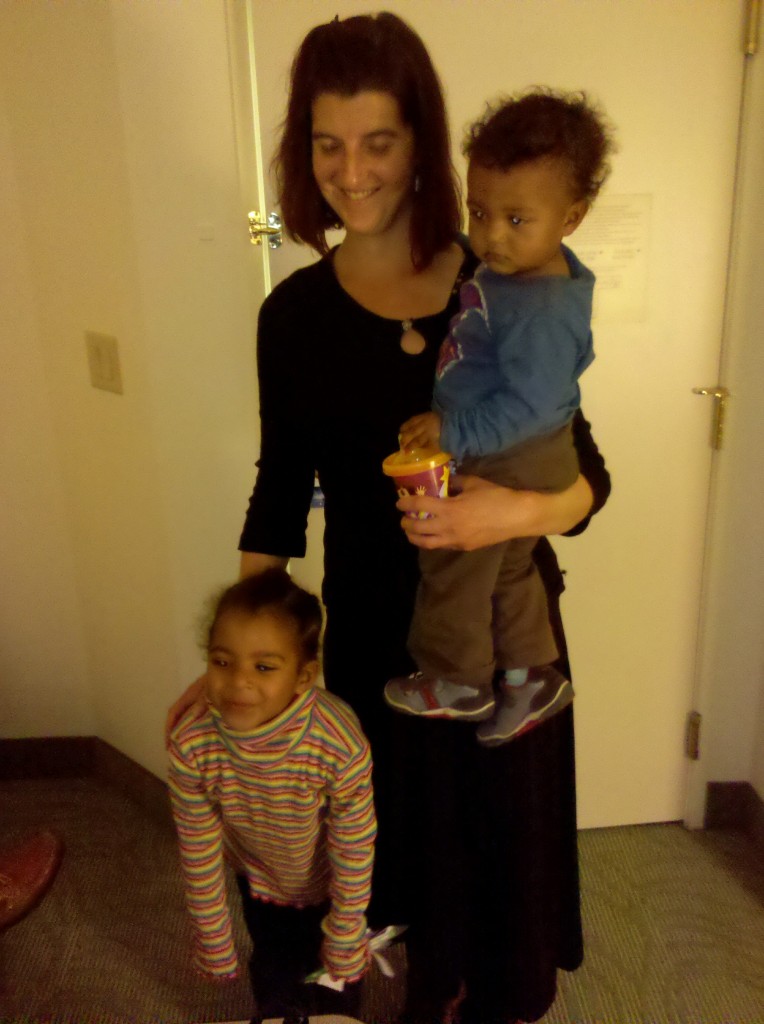 Nalla, Mary and Soukamo in our hotel in Las Cruces.

After showering, enjoying a beer, and visiting with Mary and her children, we all went to dinner at a Mexican restaurant named La Posta in Mesilla.  We had a very good meal and just enjoyed being together.  I was happy for Tim that he was able to spend some time with Mary and his grandchildren, with whom he doesn’t often have a chance to visit.  Here is my last photo for the day, taken by Beth in La Posta. 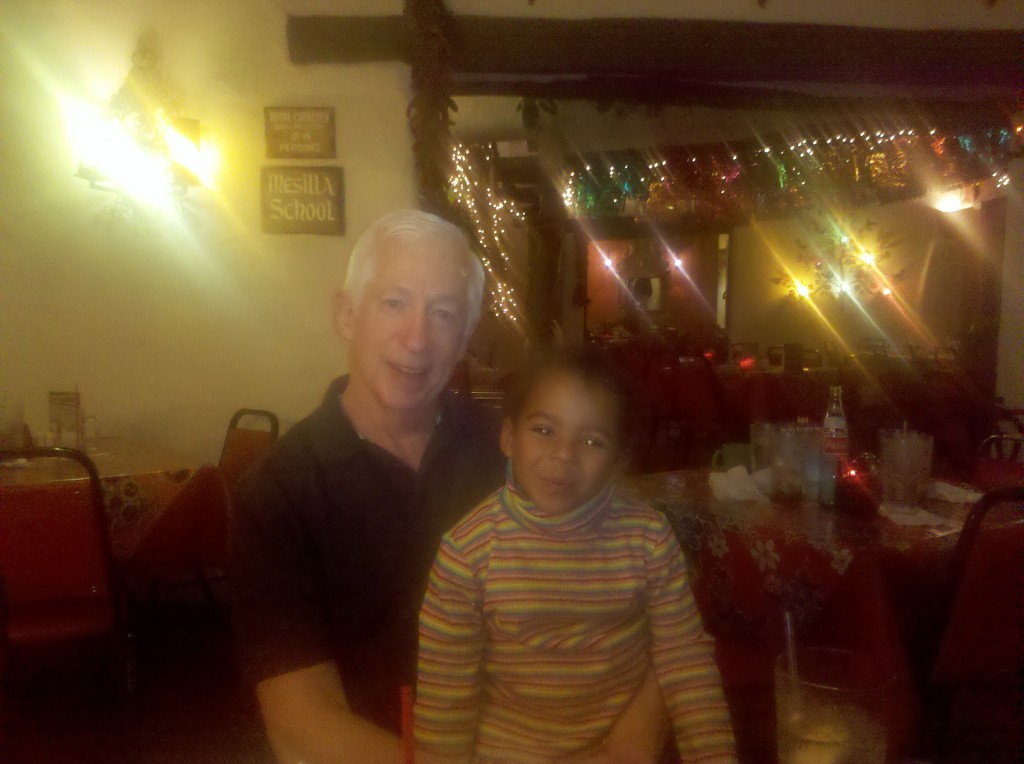 I should have blogged when we got back to the hotel, but I was just too exhausted after the long day.  However, for really the first night of this trip, I was able to get a great night’s sleep!