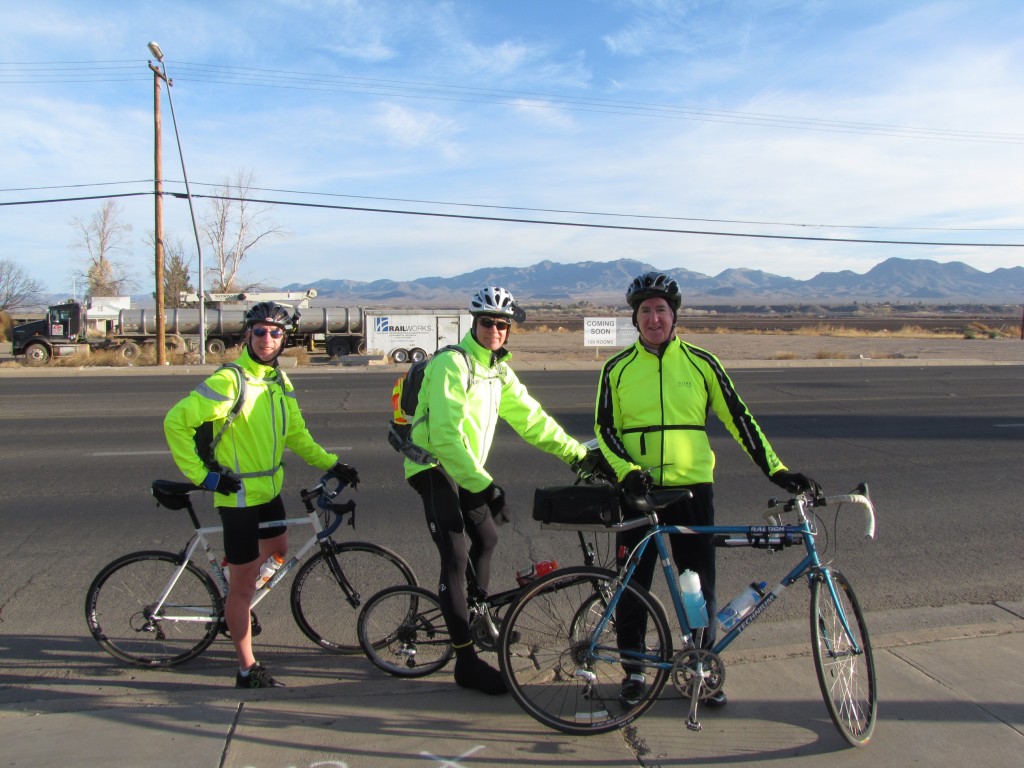 Day 4: Safford, Arizona to Lordsburg, New Mexico. I got to cross a new state off my list today!

This was a wonderful drive. No one else was on the road, the mountains were romantically misty in the distance, and the weather was just beautiful. I truly felt that I owned the road, the land, the sky, everything — it seemed to be there just for me. It was a little like being in a car commercial. 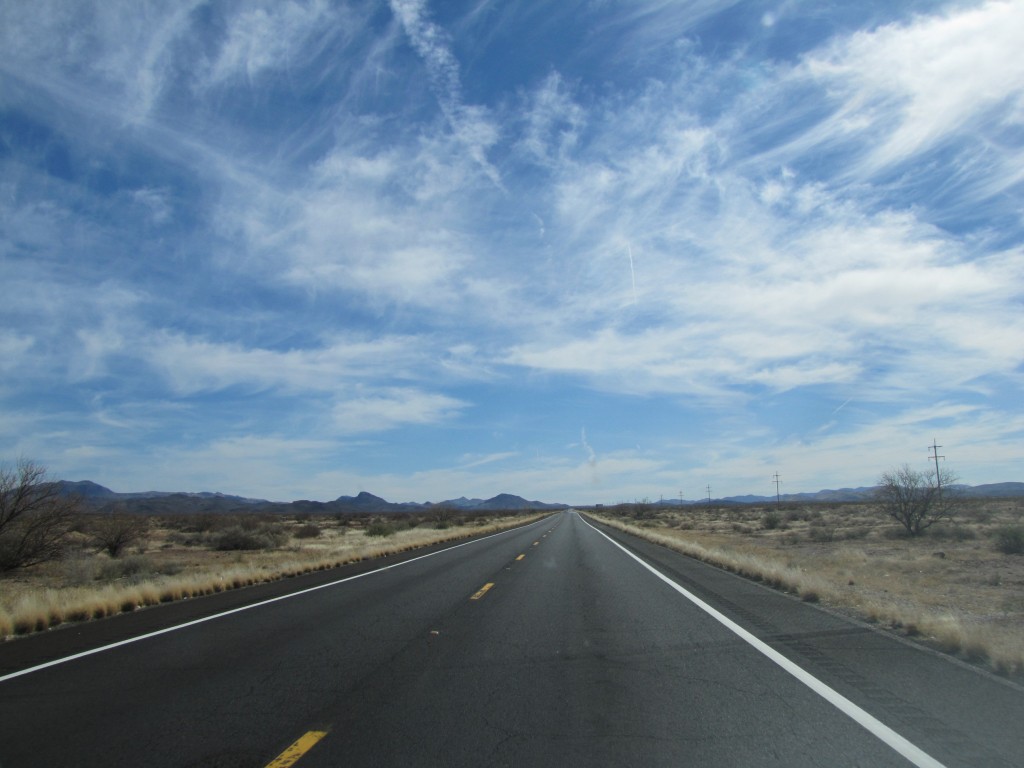 We planned to stop in Duncan, the only town “with services” between Safford and Lordsburg, for lunch. I beat the guys there, so I drove around a little bit to get a feel for it. I felt like an intruder, though. A guy on a motorcycle gave me a curious look, and I kept passing by the same two men in cowboy hats, feeling conspicuous and out of place. At least Midnight Rider has Arizona plates. 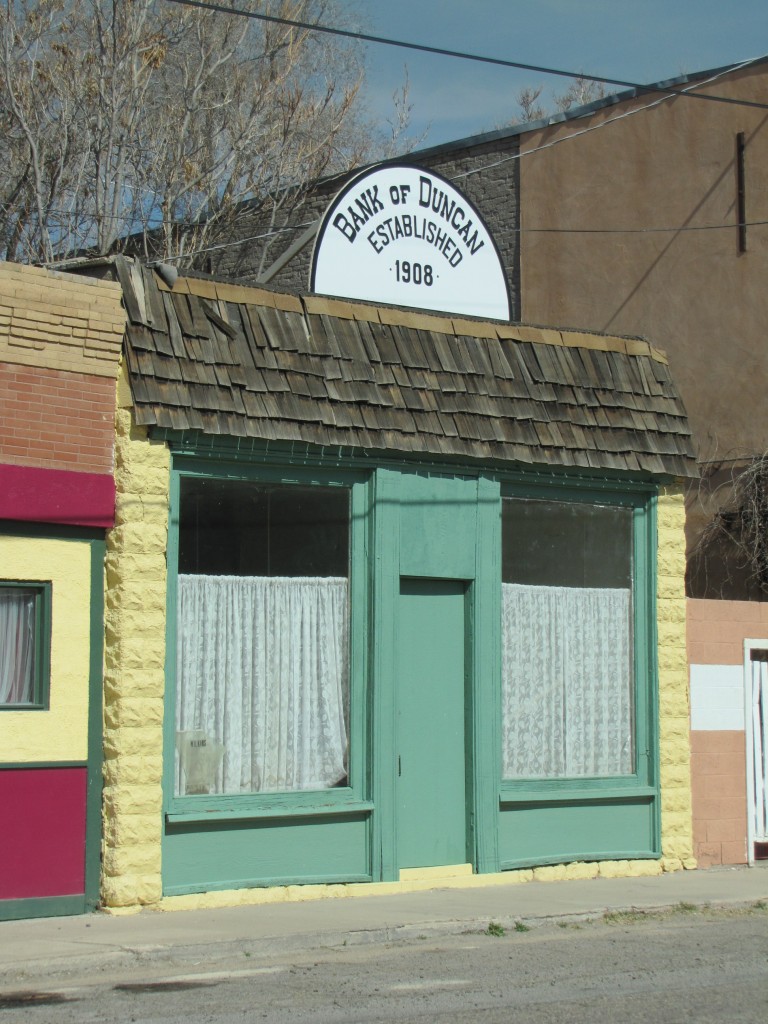 I saw a sign that read VETERANS MEMORIAL (JET PLANE), so I followed the arrow and drove up a big hill to check it out. Here is the memorial: 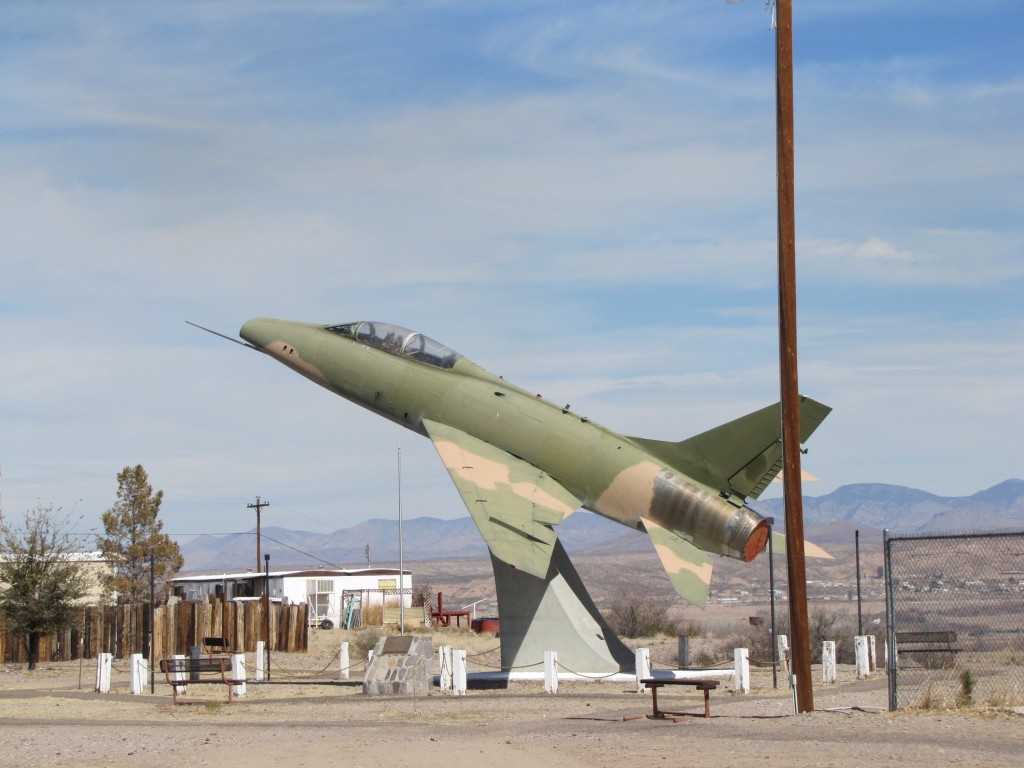 Pretty cool, isn’t it? Something you might like to see close up and read about, right? Me, too. Except, see that wooden fence in the background? There’s a Doberman behind that fence.

As I walked toward the plane, the Doberman popped out from behind the fence, hopped excitedly like in a Warner Bros. cartoon (in my memory he licks his lips), and began giving chase. I didn’t even have time to think “holy shit” — I just turned around and ran girlishly in my dumb sandals all the way back to MR. Luckily (seriously, luckily) I had a good head start. I turned around when I got back to the van and saw that he’d paused, apparently deciding I was no longer worth his time. But no way was I going to attempt to read about that memorial again. I should have taken a picture of the dog, but I was too spooked.

Not willing to attempt to do anything else in Duncan without backup, I parked MR in a playground and waited. The boys showed up soon after, and we had a surprisingly tasty lunch at Ol’ Jo’s Cafe. You think you can only get good food in New York and then the rest of America surprises you. All of our meals were made by a single wiry. hard-working woman in the kitchen, and Ol’ Jo’s was packed by the time we left. I hope you left a good tip, Dad. 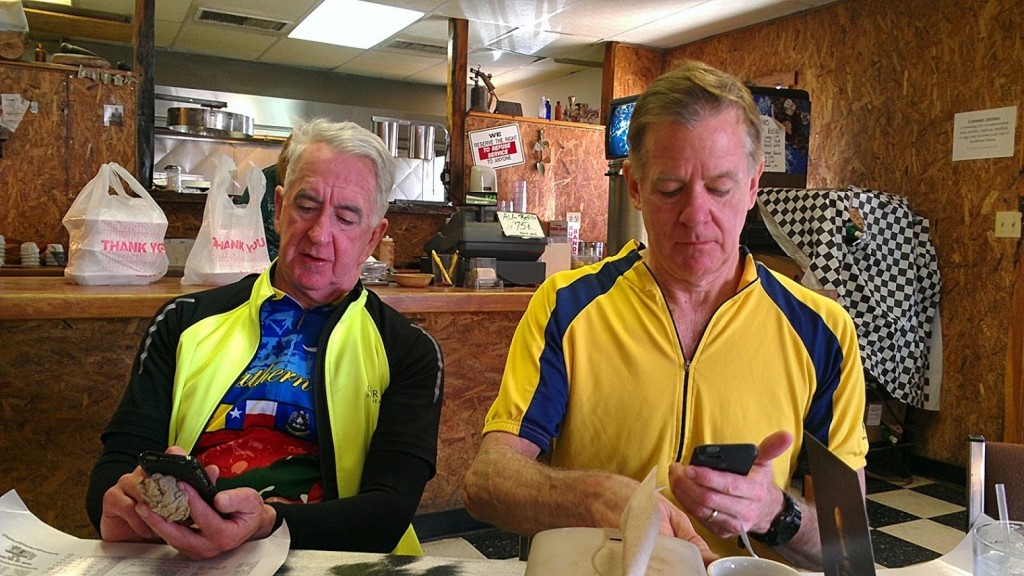 The drive from Duncan to Lordsburg was equally empty of other cars and just as fun as the morning. It was marvelous in the true meaning of the word. 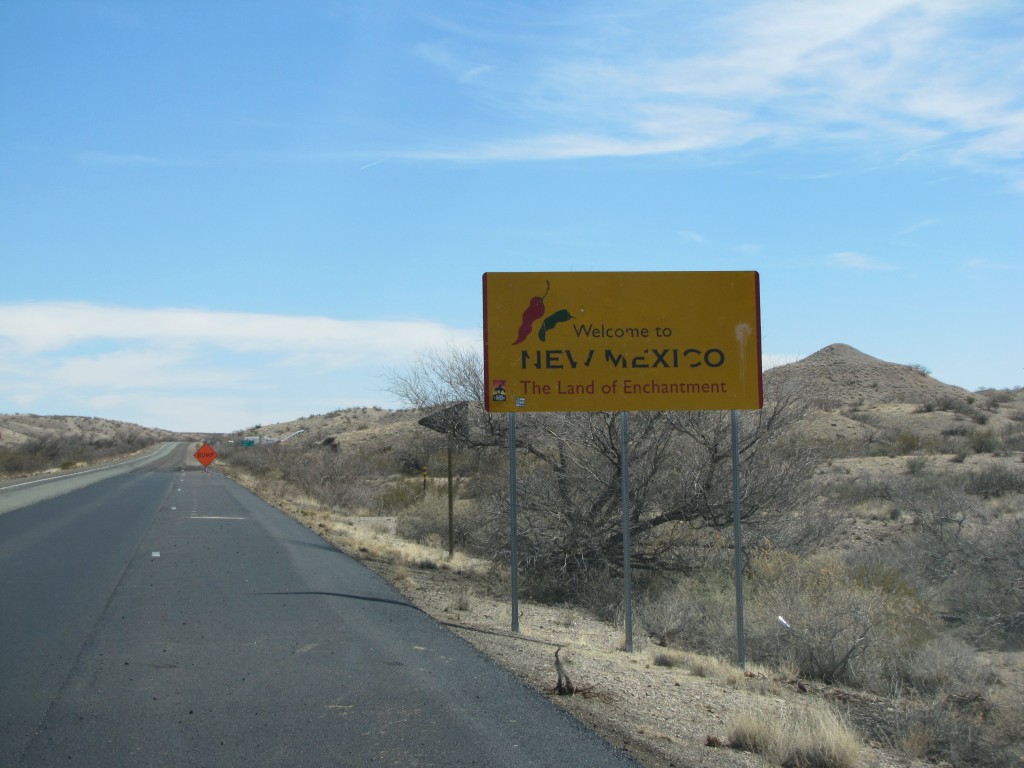 In the Land of Enchantment at last 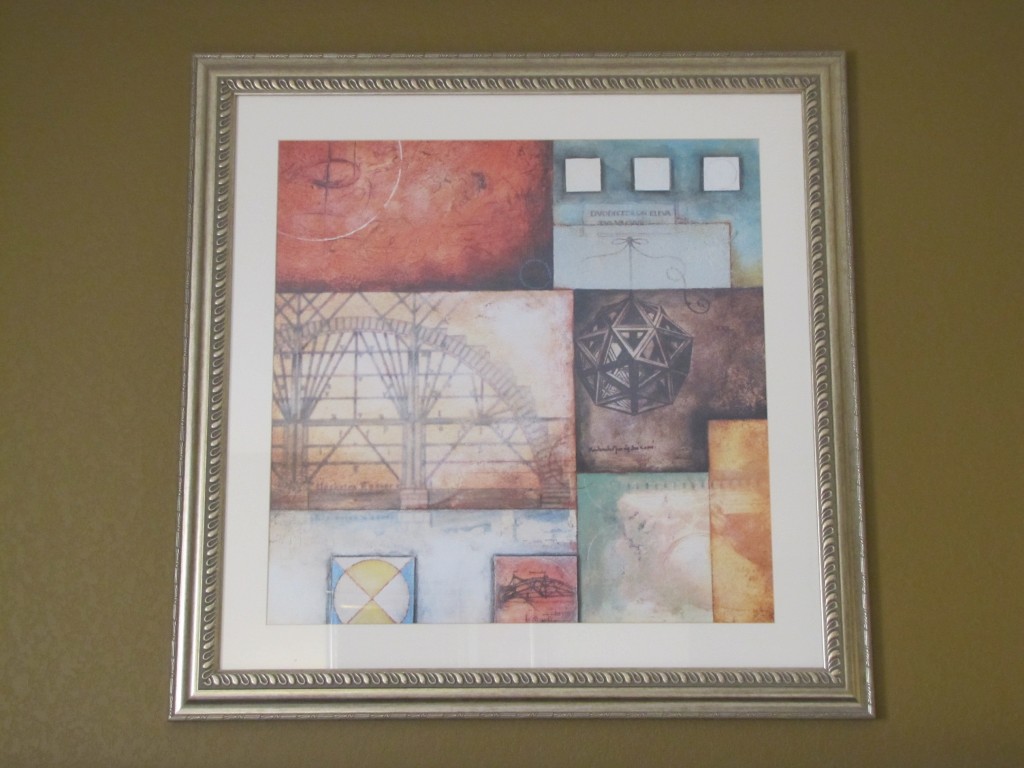 5/10. If you don’t look too closely, the colors add some warmth and “interest” to the room. Maybe it’s supposed to represent the exoticism of exploring new vistas? I have no idea.

2/10.  What is going on here? You can’t see it, but there are blurry bits of Latin text in spots. It’s like someone tried to imagine what a bad scrapbook by Leonardo da Vinci would look like if he had lived in the 2000s. It seems like it was a not-unpleasant design assignment, and it certainly required some skill to execute, but if even if the artist told me that s/he was really inspired to make this, I would have a hard time believing it. I think cynical forces are at play again.