Thanks to everyone who participated in Name That Minivan! The majority chose correctly, and Midnight Rider is happy to have an official name at last. “Boy Blue” and “Midnight Blue” were tied in second place with four votes, and “Queensrÿche” ended up in third place with three. 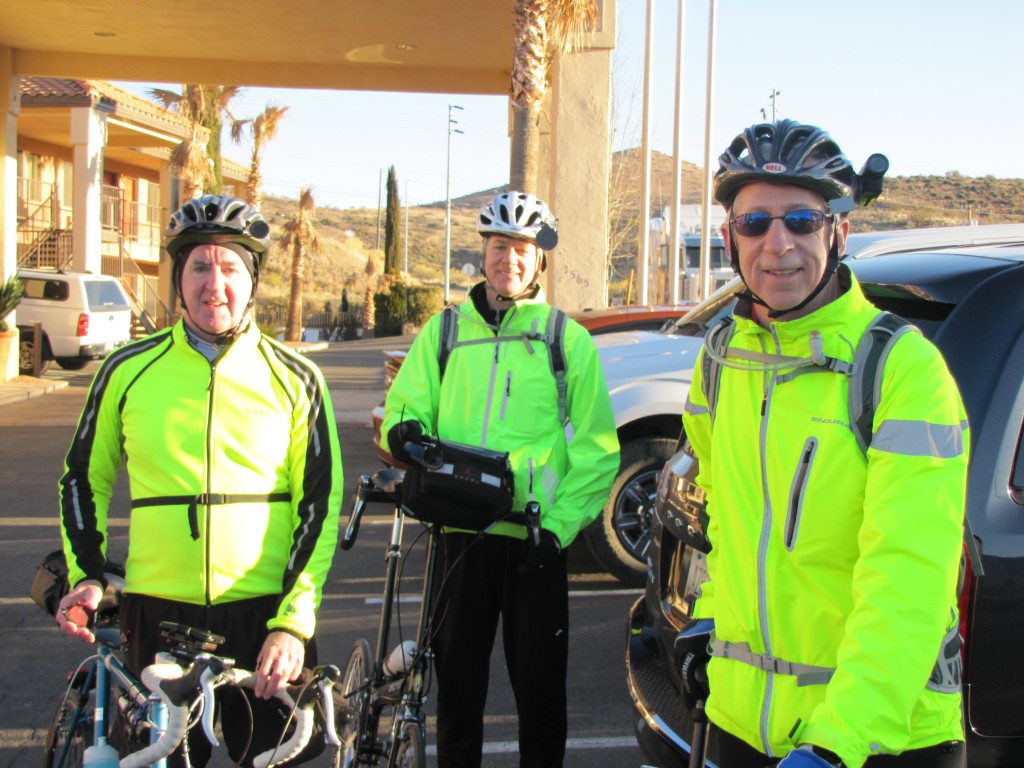 About to head out of Globe and looking good

Since I already knew that Midnight Rider would be the winning name (it was obviously the best and I’m glad many of you agreed), I started off my day’s drive listening to the song in the car. Just before the trip I reread my entries from last year, and in one of them I give my future self the advice to bring music so that I wouldn’t have to listen to country, Mexican, or Don Henley all the time. So I invested in a Spotify Premium account and a Bluetooth FM transmitter. I do like listening to the radio sometimes, just to get a sense of the town, but this new setup is fantastic. There’s nothing like driving in the middle of nowhere and singing with abandon.

Route 70 is two lanes, one lane in each direction, so cars pass while other cars are heading straight for them. I hate this — I hate doing it and I hate seeing other people do it. But I did it yesterday anyway because I guess I hate being behind really slow cars more than risking death.

Anyway, I survived, and the scenery was lovely. 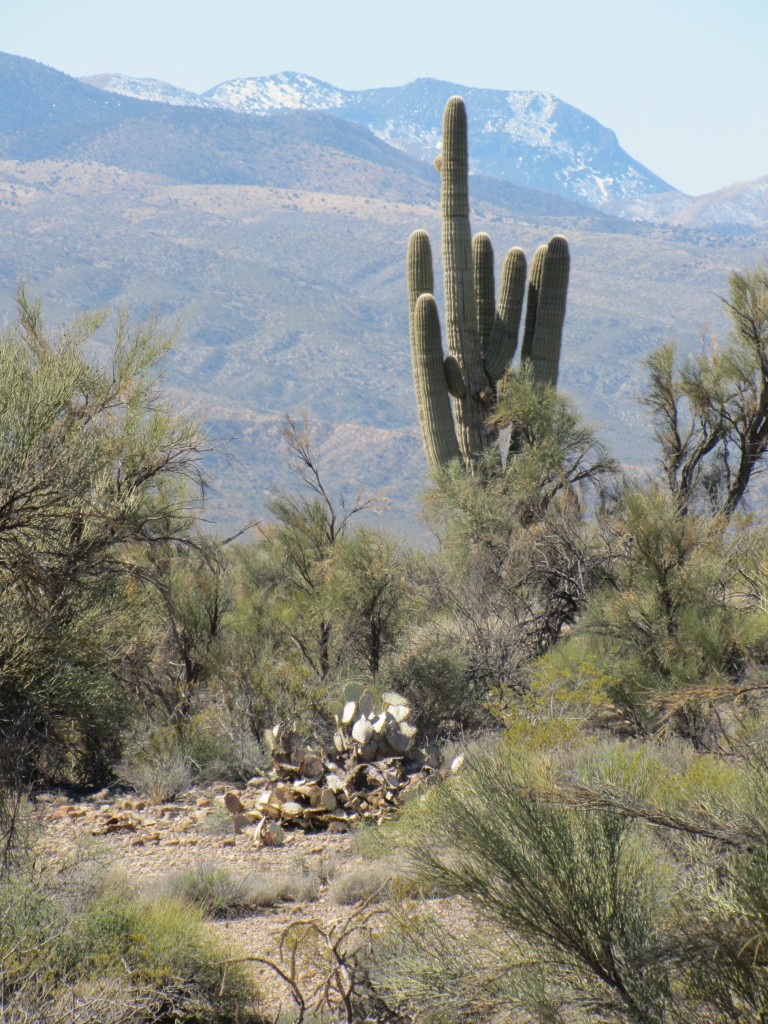 One of the last saguaro cactus plants I saw

Stray notes from the drive:

I checked in to our very nice Best Western at 12:30, had a beer, ate Triscuits, and wrote. The guys arrived around 3:30. No one seemed to want to hang out so I started watching The Apartment on TCM. Then Dad came over for tech support and we had a beer and watched the movie together. Then he and Tim went to church and Mark texted to see if I wanted to have a beer before dinner. Naturally I did.

We ate dinner at The Copper Steer, a steakhouse recommended by the woman at the check-in desk. It was really pretty good, despite having ill-considered banquet hall-style chairs. And I never thought I would say this, but it was nice to have a break from Mexican food. (Still, if I had to eat the same type of food every day for the rest of my life, that type of food would be Mexican.)

After dinner we all retired to my room for Tim’s nightly reading. Now you too can experience Tim reading! This is just a random snippet, and he didn’t know that I was recording. Unfortunately I didn’t capture the part where he mispronounced “tortilla” three times. Enjoy!

Hotel Art Score
8/10. This and its companion piece (of a rancher feeding his horse) were colorful (my photo doesn’t do it justice), location-appropriate, and schmaltzy in the best possible way. I find this delightful. And there is real sentiment here; I think the painter shares this cowboy’s love of the earth. While he’s not making me feel it, at least I feel him feeling it. And that makes me smile. And as a weary traveler I like to smile.

Art Art Score
4/10. Aside from the schmaltz factor, the technique is strangely unbalanced. The animals are pretty carefully rendered, but the background — especially the rainbow — is half-assed. I have suffered from a similar lack of balance in my own paintings, so I have sympathy.