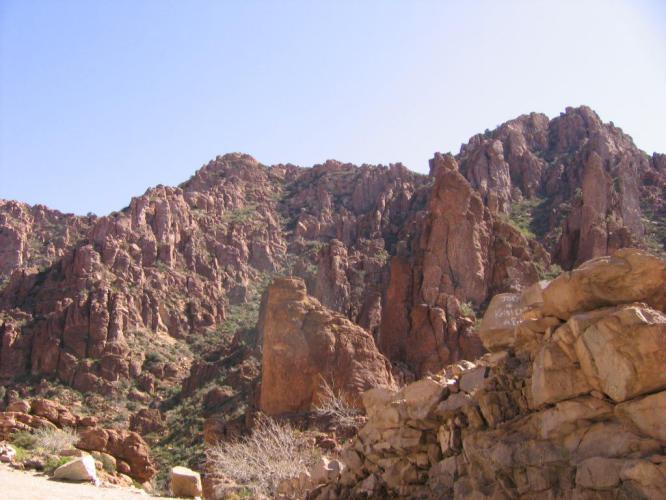 A canopy blue sky and a backdrop of mountains all day long.

Today was a day of climbing, traffic, noise, car exhaust and breathtaking beauty. We rode through the Queen Creek Tunnel, which we have been dreading. But it wasn’t bad at all even though traffic was heavy and it was around 1PM on a Friday. (Sunday is the best day to attempt that tunnel on a bike.) 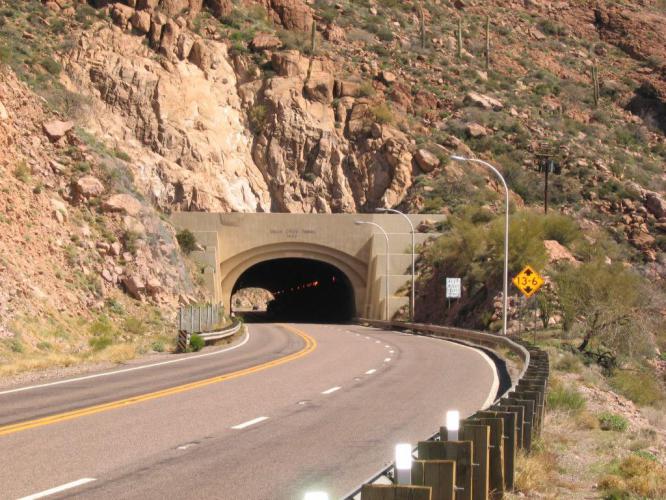 The western entrance to the tunnel.

Again today we were on moderately congested roads for the most part. Rt. 60 is a 4 lane divided highway for about 20 or so miles out of Apache Junction. Wide shoulders except for stretches with guard rails that narrow toward the rumble strip. But a very smooth surface for all 55 miles. Temperatures in the 50’s to start and upper 60’s by later in the day. There was snow on the north facing mountainsides at the higher elevations. I think we saw a sign indicating 4880 as our high point. Lots of cholla, prickly pear and saguaro cactus followed by pine forest as we got higher in the mountains.

I wanted to stop and take pictures almost every mile. It was just a day for Kodak moments. Here’s the best examples. 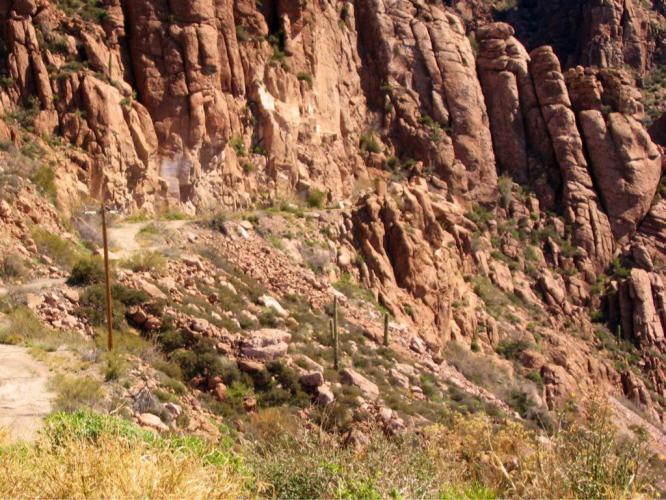 An old mining trail before the tunnel entrance. 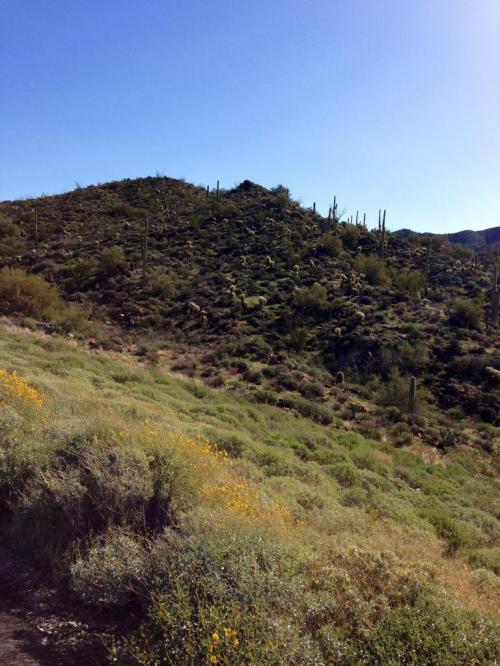 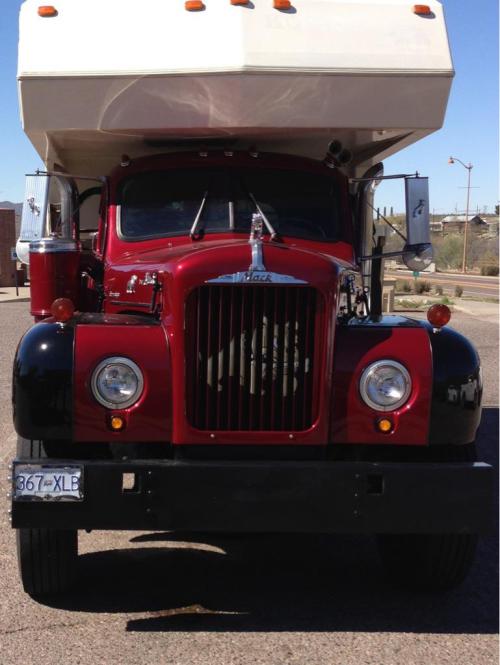 Some RV’s are cooler than others. 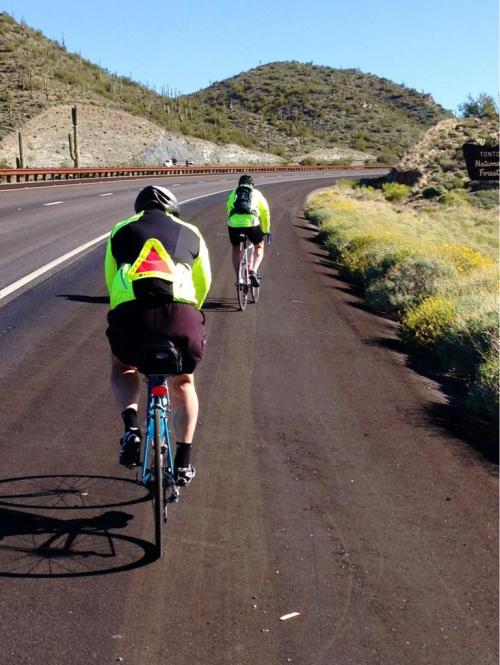 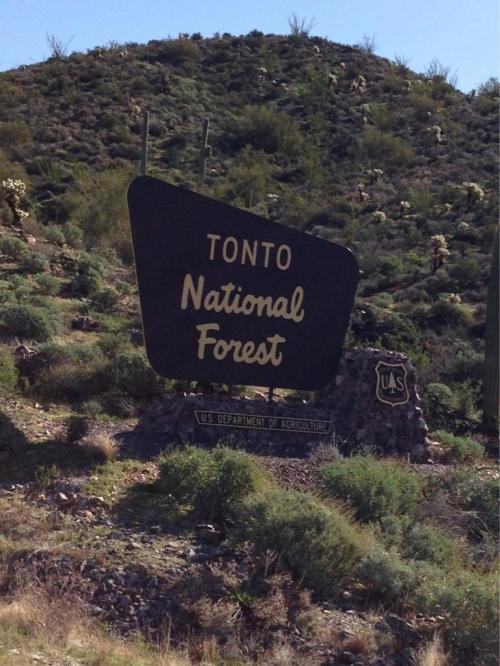 Lots of strip mines. This one near Superior, AZ started as a silver mine until copper and zinc ore was discovered. It is amazing how much of the landscape is destroyed. There was one strip mine we saw that went for miles. 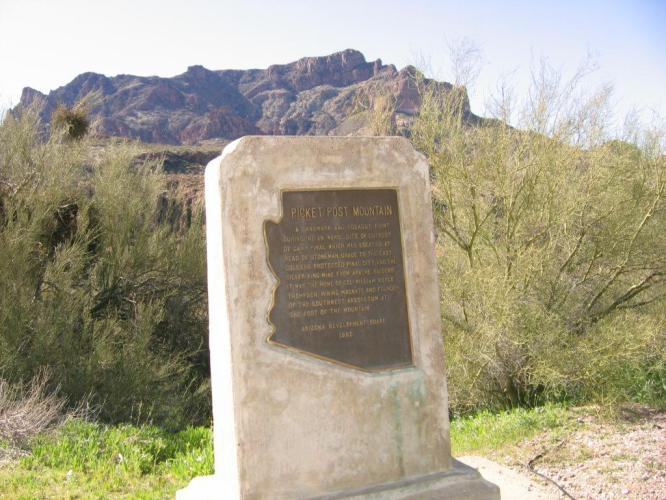 Tomorrow is a longer ride of 76 miles to Safford, AZ. It will be our last full day ride in this great state. Sunday we will end somewhere inside New Mexico.

One comment on “Apache Junction to Globe, AZ: Visually Spectacular”