Let’s have some lists about the 7 days of riding:

Road kill – Hardly any seen. Two young Coyotes, a rodent and one sparrow. The western squirrels must be more car savvy than their eastern cousins.

Number of flats – zero, zilch, nada. Can you believe none of us had a flat?

Number of days with headwinds – 2 and a half. The first day from Alpine to Pine Valley. On the second day, on the way to El Centro, every time we had a climb there were 30 mph winds in our face. We had a lot of climbs that day, too. And on the ride to Salome, we had a climb with a headwind right before we hit the desert.

Number of days with a tailwind – 2 and a half. And they were either flat days or downhill days and it was marvelous.

Number of days without good home cooking – too many

Number of days without TV – 8 and counting

Weirdest tan line – the little tan ovals on the back of my hands where the Velcro openings are. Also my right elbow is tan and my left inside forearm is tan. Weird.

Amount of money seen and unable to pocket – 12 cents

Equipment we need for next year – one new neon green wind breaker for me. My old orange one has no zipper. one set of Campy Record training wheels for Brian. Maybe a Brooks B – 17, also.

Number of bugs I ate – just one and it was in the desert where everyone knows there are no bugs.

Enough lists. The trip is at an end and I have mixed feelings. I will miss the challenge. It was a feat. I am proud. We were lucky. No one had any mishaps. Weather was perfect. It went by quickly but it seems ages ago that we left San Diego. Time goes by very slowly when you are traveling on a bike. The days seem to fly by, but when all you can monitor for progress is an odometer, time almost stops.

There is no room for contemplation riding a bike. I had no deep thoughts and I solved none of the world’s problems. You just can’t zone out. There are things ahead, around and behind that require constant attention. You get mentally and physically drained by the end of a long ride.

As far as today’s ride is concerned, I loved the Arizona Canal system. It was safe. But nothing is signed. Not the name of the canal you are riding nor any streets you go under or over. You just can’t tell where you are at any time. It took 3 of us to navigate. Tim had the paper maps. Brian had the Google bike map listed street directions on his phone. I had a Google bike map with the locator pins. It was longer than the surface streets would have been but safer so worth it. 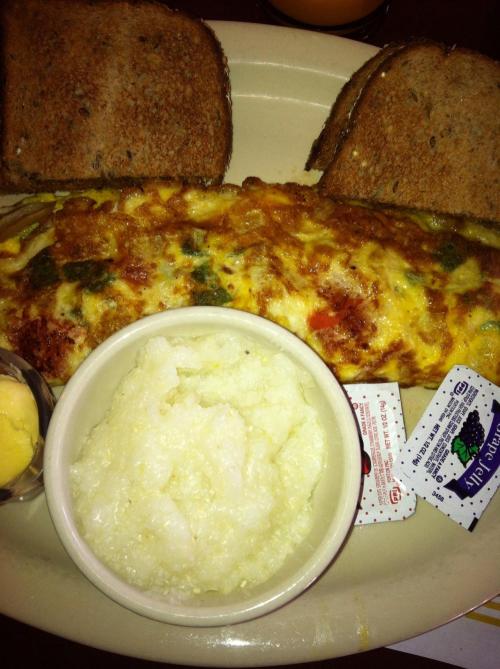 Big breakfast in Wickenburg to start the day right 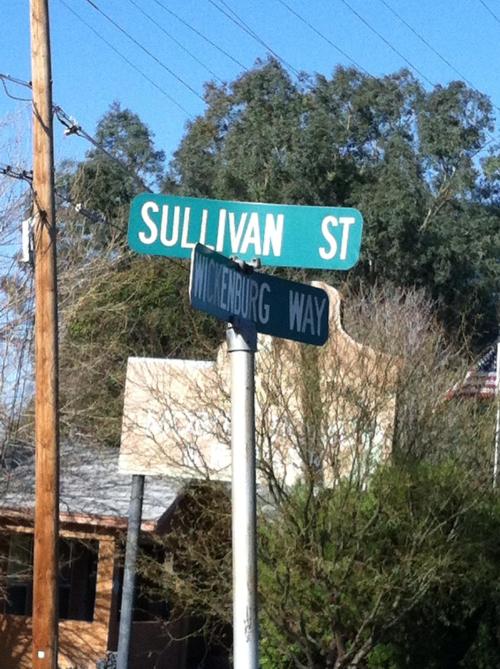 Nice! Right out of Wickenburg on Rt 60 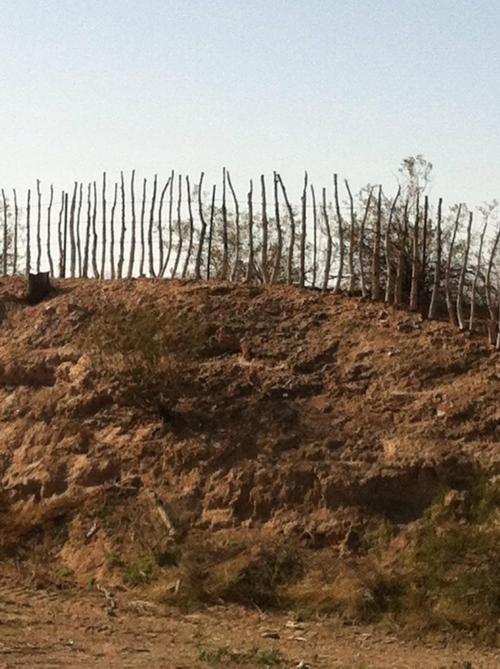 I think this is a fence made with ocotillo branches. Taken at our 10 miles, 2 minute rest stop. Still on Rt 60 East. 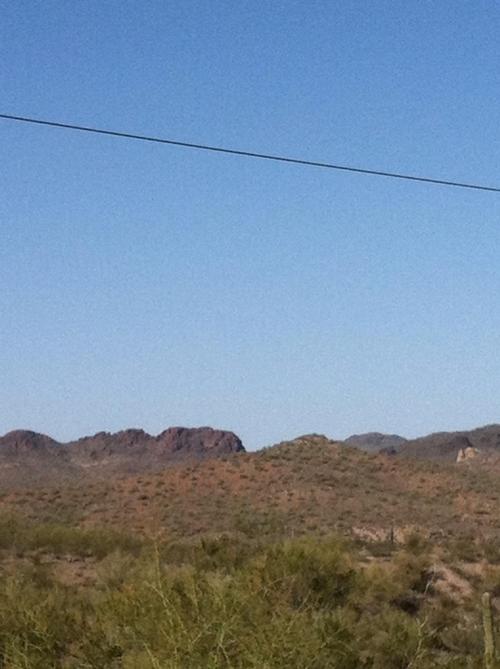 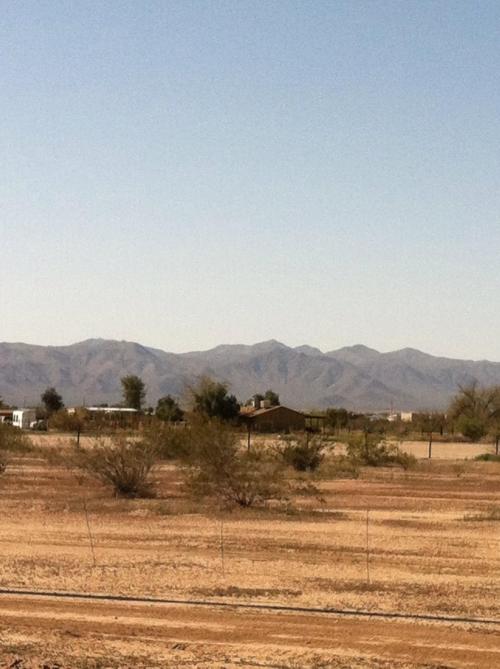 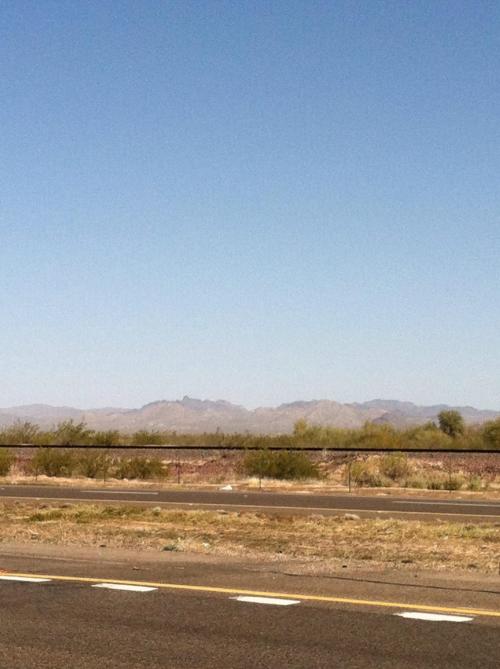 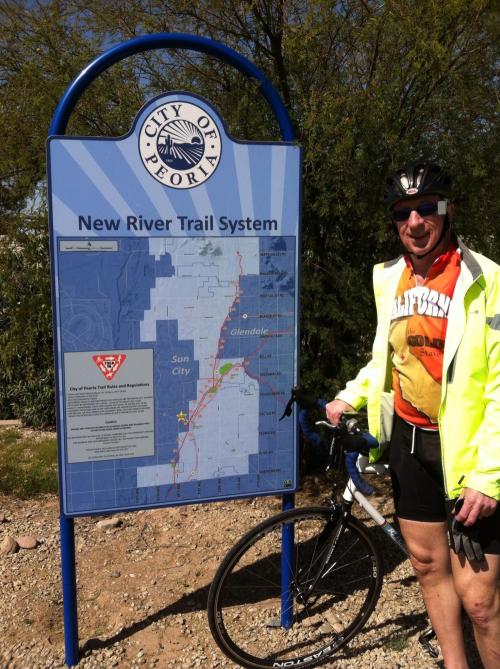 Finally off busy Rt. 60 and onto the Arizona Canal Trail system. We entered at 99th St. It was safe but slow going from here on. 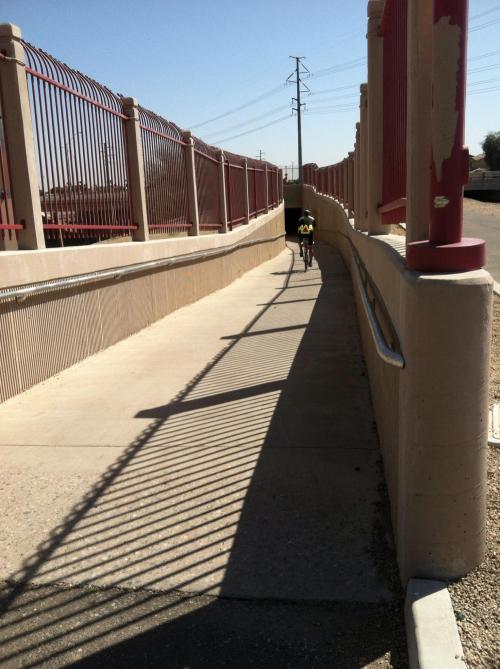 An underpass on the trail. No signage to indicate where we were or what trail we were on even. 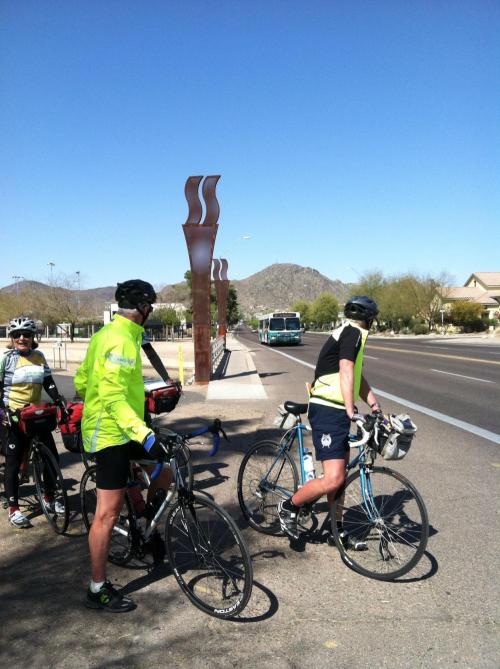 We did have to cross the street to continue on the trail sometimes. I think this might be near Dunlap St. 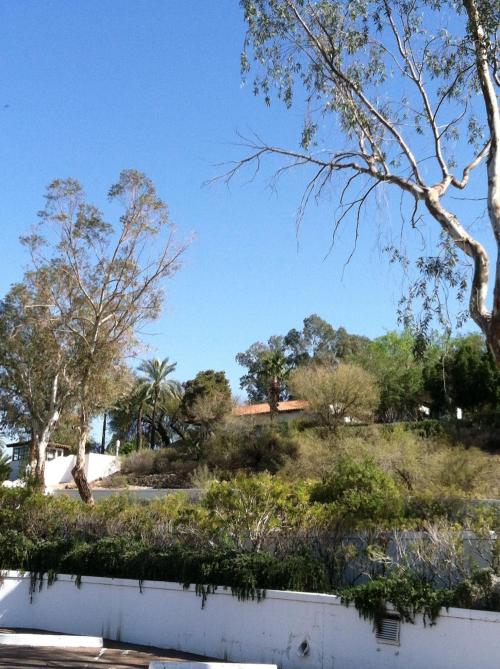 The Wrigley Mansion. This was our final pit stop for the journey.