Salome, AZ to Wickenburg, AZ: Set your Spinnaker and Sail

This morning, Rande at the Westward Motel came into the motel Cantina and made us strong, hot Espresso bean coffee. It was great. He said, regarding the winds expected today, “Set your Spinnaker and sail.” We had a boring, straight ride. But the wind was at our backs and we made it in three and half hours. We stopped every 10 miles for a few minutes and made it to Wickenburg by 1. Not too shabby.

Today I had to try something to help the time pass, as it was not a very visually stimulating ride. We were on US 60 East. It was without a turn for miles and miles. There was only brown desert brush to look at, with an occasional cactus — we didn’t even have any wildflowers to admire. It’s too dangerous to listen to an iPod while on a bike, so I tried to get some music playing in my head. I thought of some song melodies to amuse myself. “By the Time I Get to Phoenix” wasn’t one of them. Neither was “He Ain’t Heavy, He’s My Brother.” Now, I did hear Freddie Mercury singing, “I Want To Ride My Bicycle, I want to ride my bike…BICYCLE BICYCLE.” Steppenwolf sang “Get your motors runnin’. Head out on the highway. Lookin’ for adventure in whatever comes our way.” And so on with some other tunes.

Then I wondered should I tell Tim, “I think I can hear your wheel rubbing” just to mess with his brain for a while. We had a rhythm going for the middle of the ride. Brian set a good fast pace. Tim was in the middle yelling “Car back” whenever traffic approached. I was in the rear as I have the most reflective stuff on. I would find the car in my rear view mirror and if he wasn’t moving over to the passing lane, I would wobble a bit and ride squirrelly like, to see if it would make the driver nervous enough to move over. It worked more often than not.

The last 7 or 8 miles was all downhill. I got into a tuck over the handlebars and coasted into town. My mind went blank until some jerk honked at us for 10 straight seconds for no reason. The first a-hole we encountered all the way from San Diego.

Here’s today pics. Not too many, though. 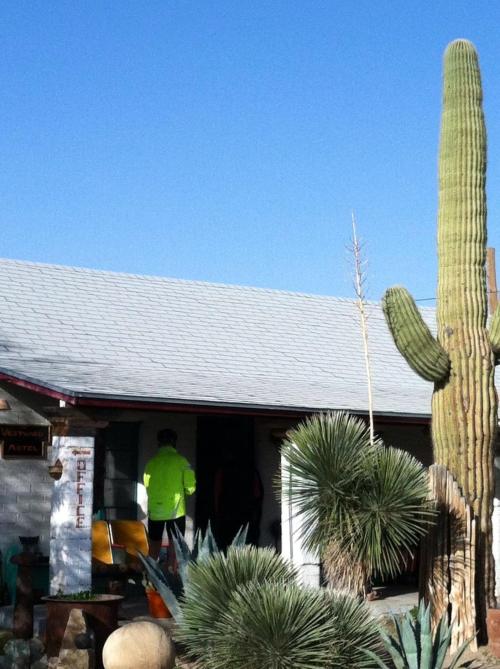 Leaving the Westward Motel on a cold March morning 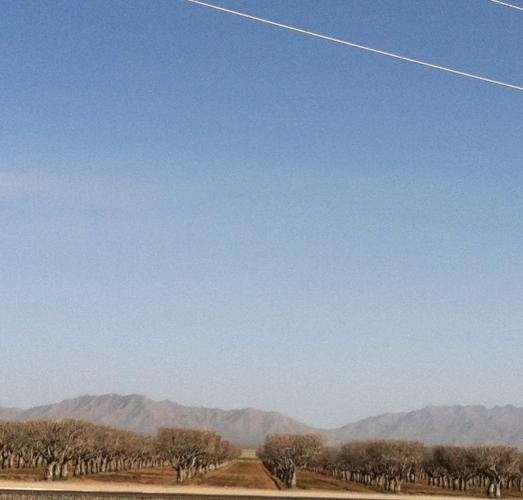 The only agriculture we saw right on the outskirts of Salome, AZ 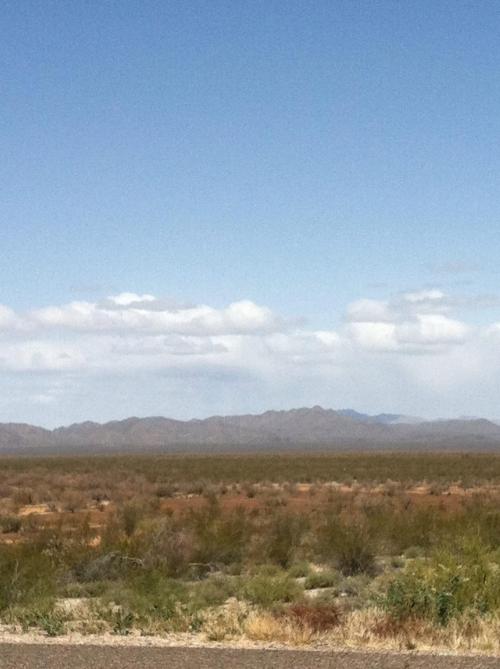 Arizona's wide open spaces along US 60 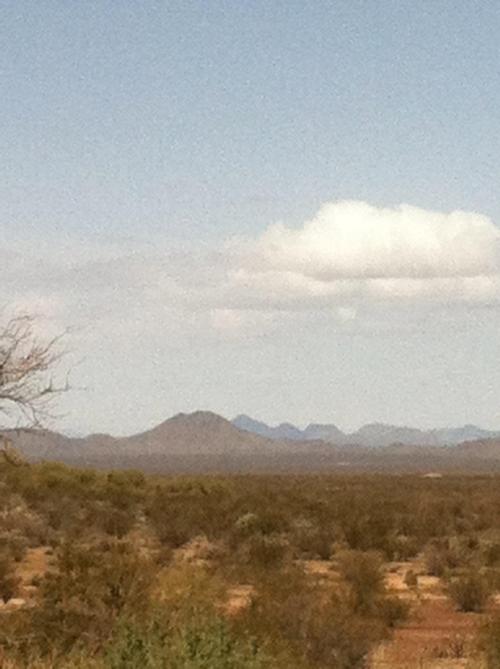 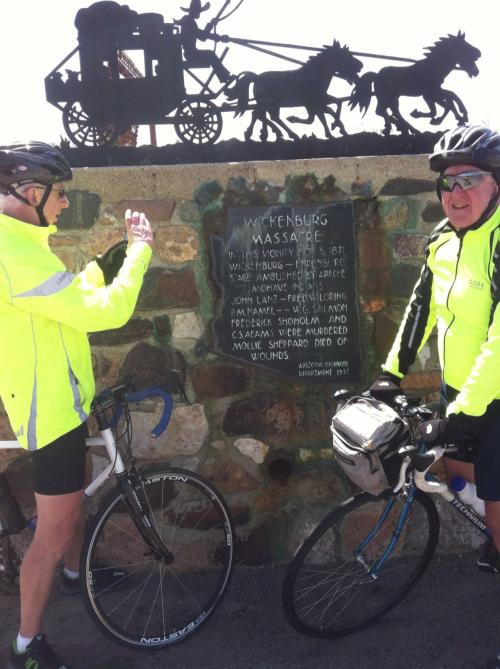 The Wickenburg Massacre historical marker states that Apache Indians killed these people but we later learned in a museum that it was probably bandits in disguise. 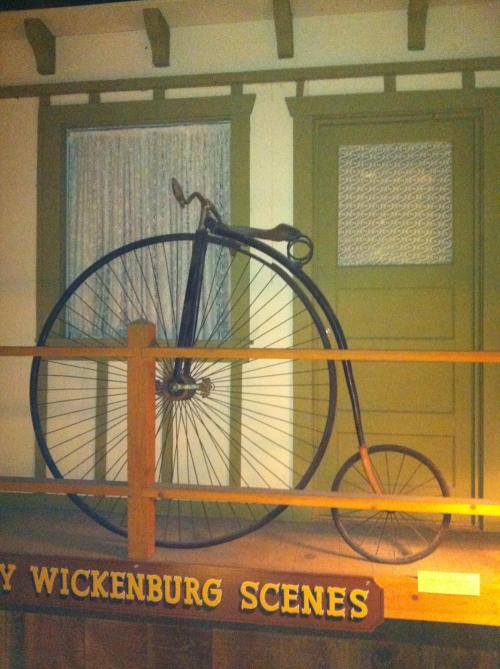 I would love to ride a penny farthing someday. Brian, don't you try...you might fall. This one is in The Desert Caballeros Western Museum. 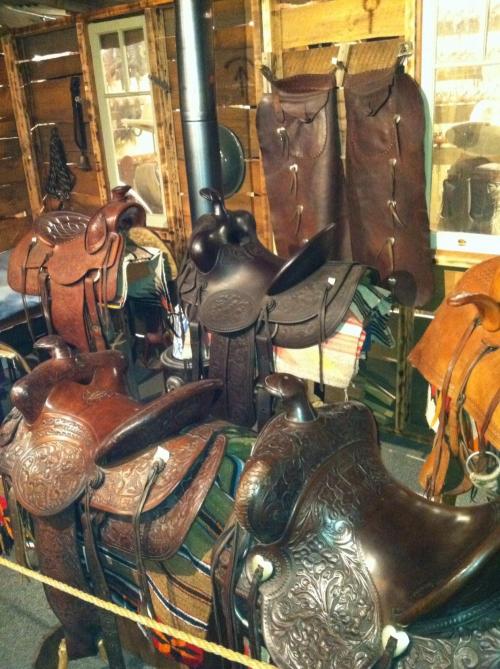 Brian I really think next year you need a saddle like this to save your sore butt from further torture.