At some point last year, probably while intoxicated, I agreed to drive the SAG wagon for this trip.

SAG wagon
Support motor vehicle following long races or recreational rides to pick up riders unable to complete the event. …  “SAG” (most commonly written in all uppercase in the United States but without capitals elsewhere) comes from a 1930s British expression about riders “sagging” off the back of a group. It was adopted in the 1940s when road-racing restarted in Great Britain to mean a following vehicle into which riders sagged when the effort became too much and they dropped out of a race. SAG is sometimes described as an acronym for ‘support and gear’, ‘gear’ referring to mechanical support. 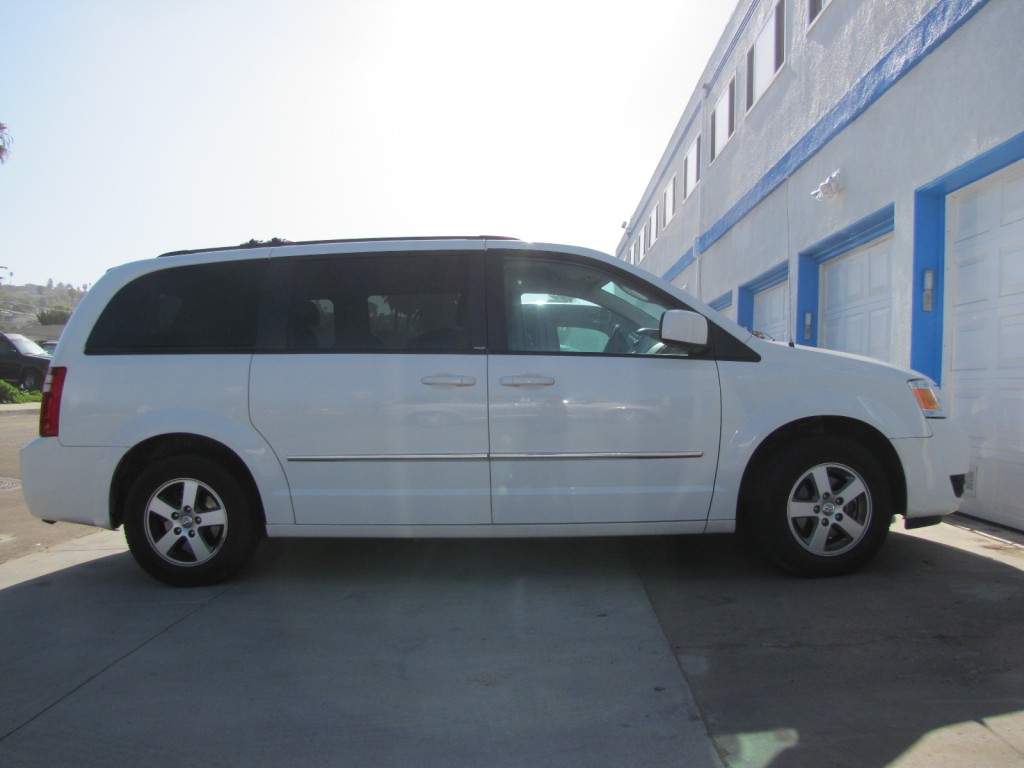 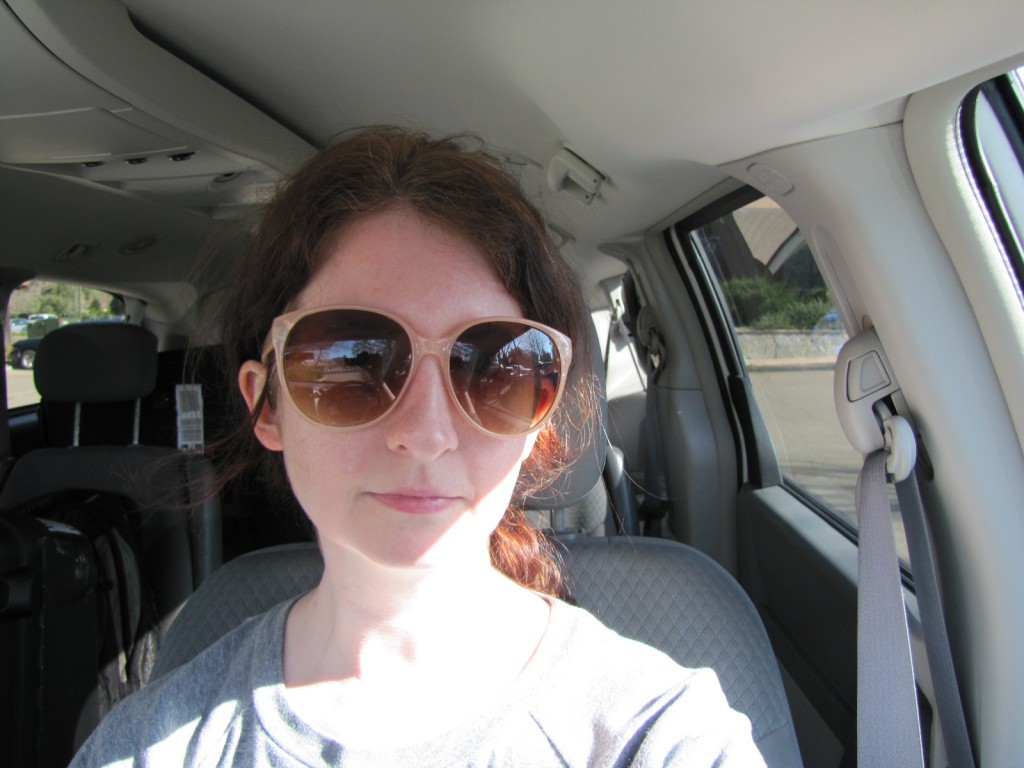 This enthusiasm cannot be curbed

I got into San Diego around 7 last night, and we all went to my cousin Mike’s nice new place for dinner. When we got there, my dad tried to parallel park Great White and may have lightly brushed another vehicle in the process. I may have loudly yelled “Stop!!” right before he did it, maybe not. Anyway, we enjoyed delicious Chicago-style pizza, met Mike and Safie’s beautiful newborn daughter, and basically chillaxed, a word I used to use as a joke and now use for real. When we got back to the van, we found this on the windshield: 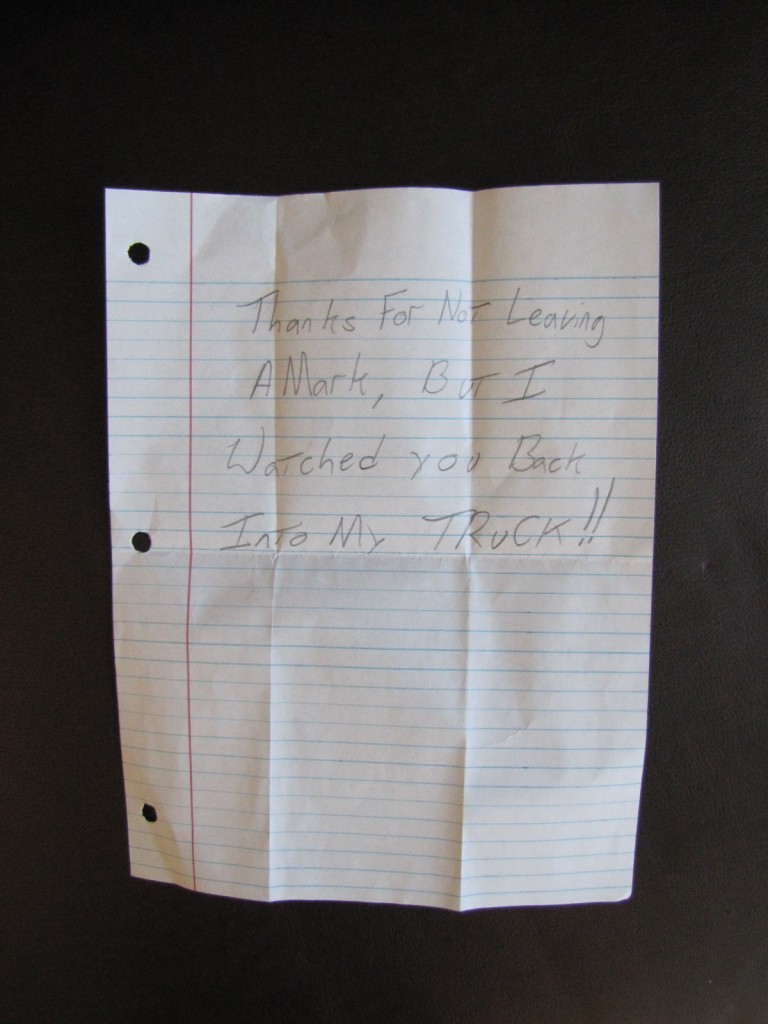 We then retired to the Inn at Sunset Cliffs, a cool motel with recently renovated bathrooms and a great view. Some shots from this morning: 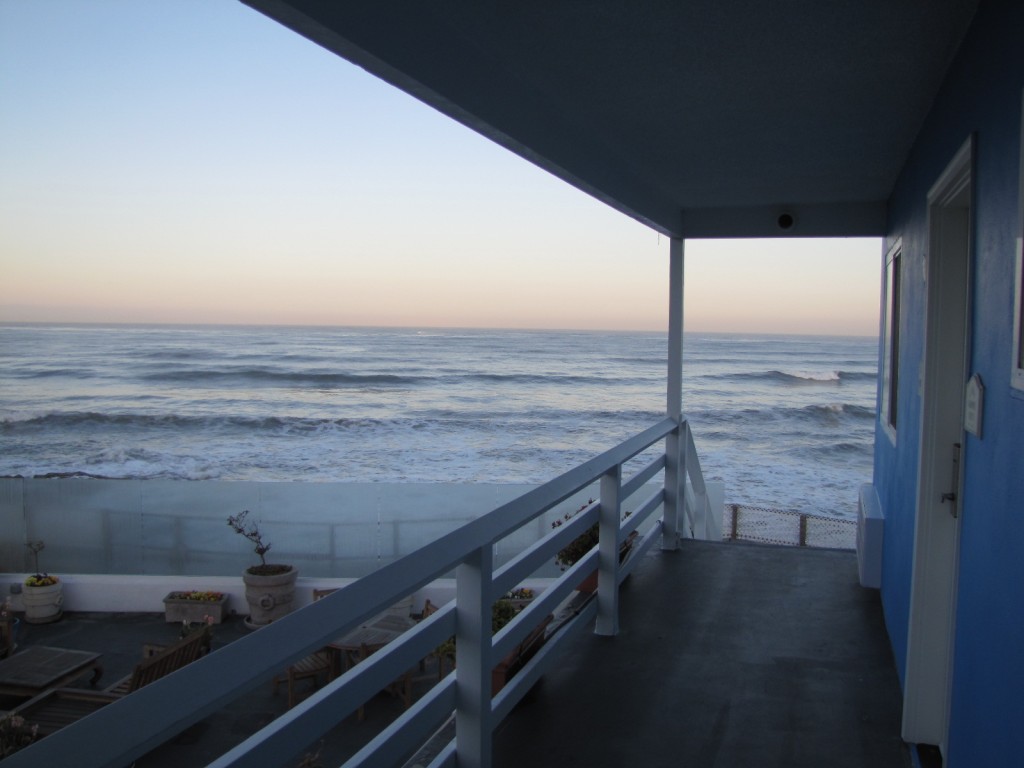 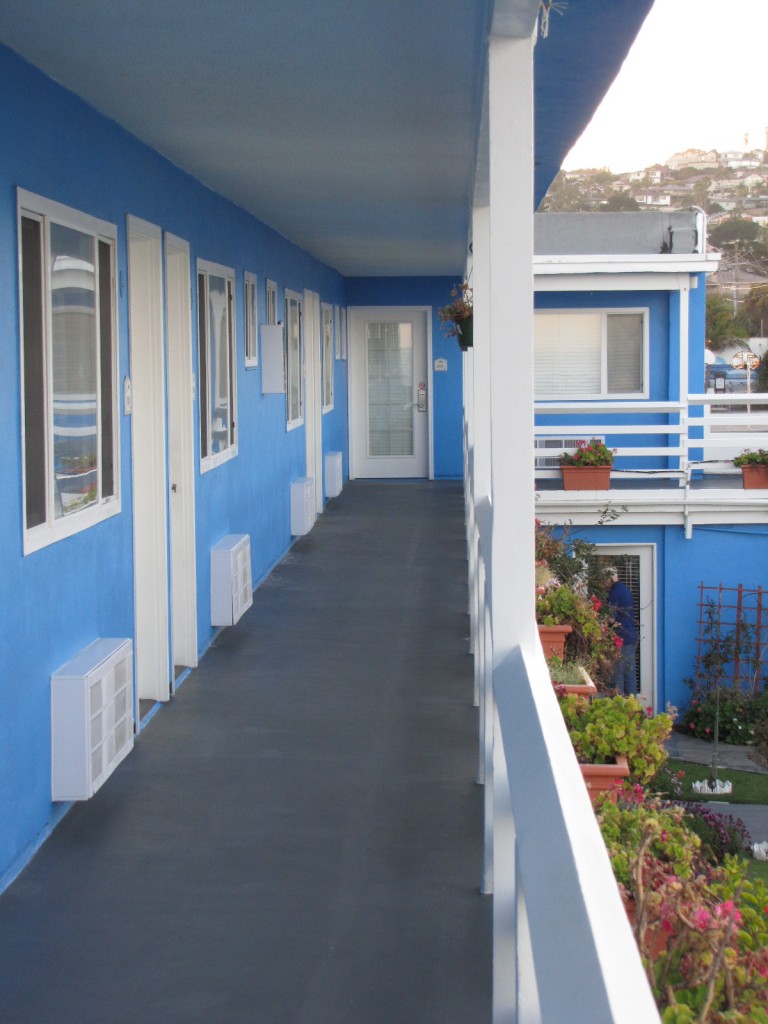 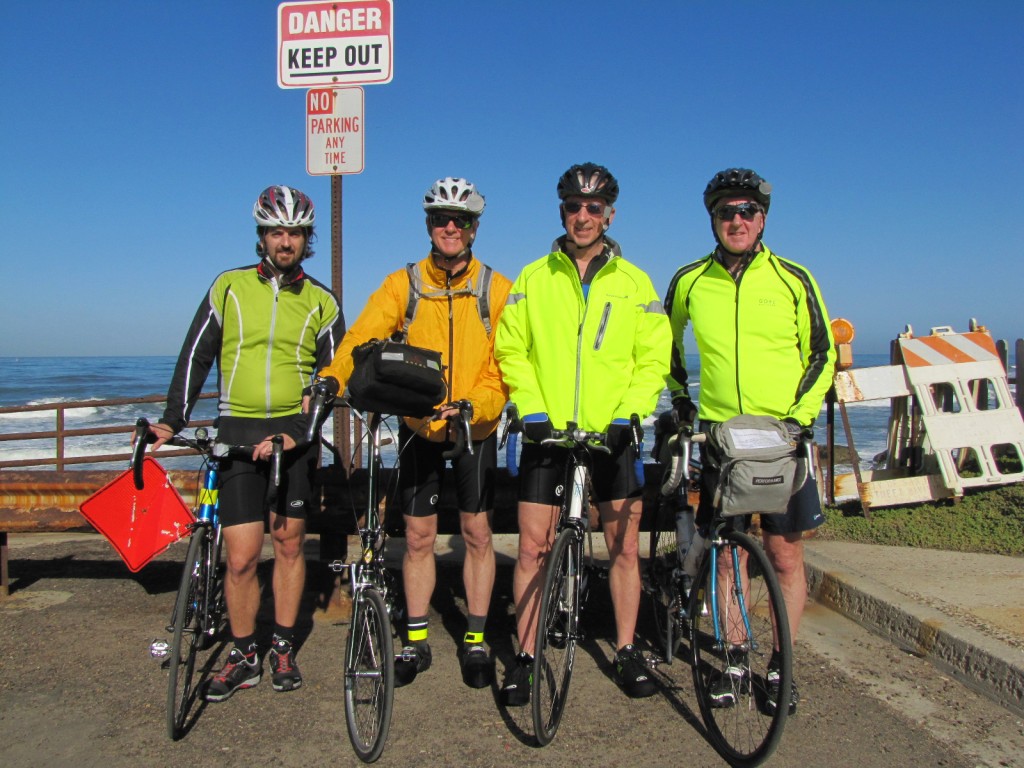 Mike joined for part of the first leg 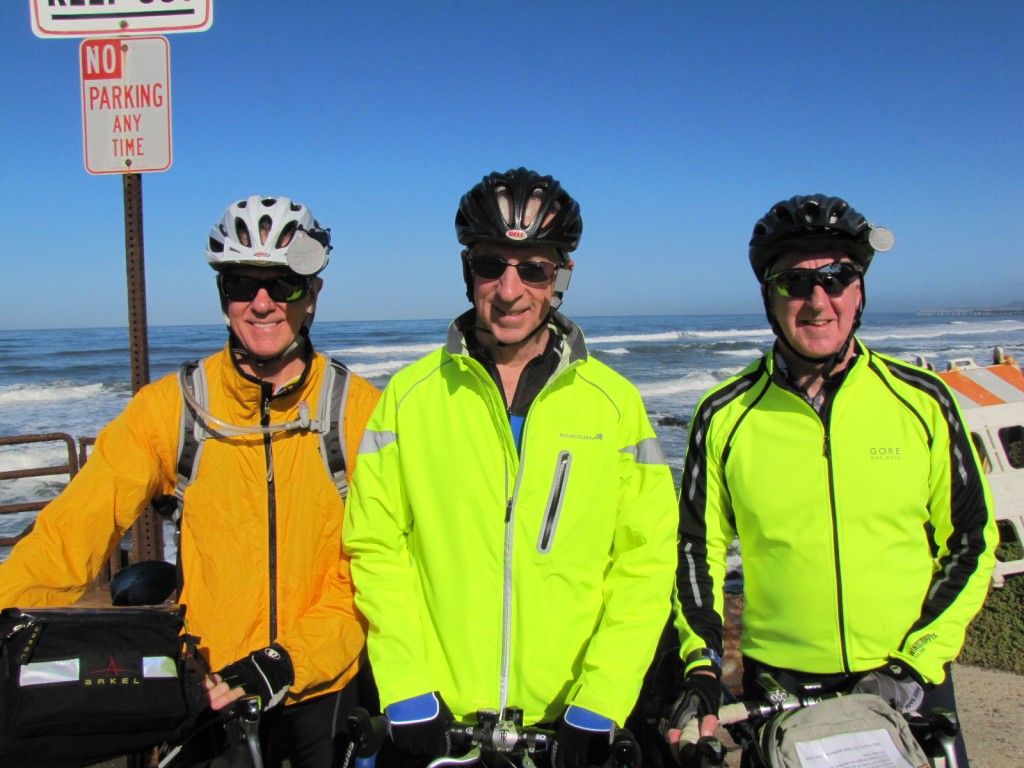 The whole crew -- I found it impossible not to squint, but Tim seems fine 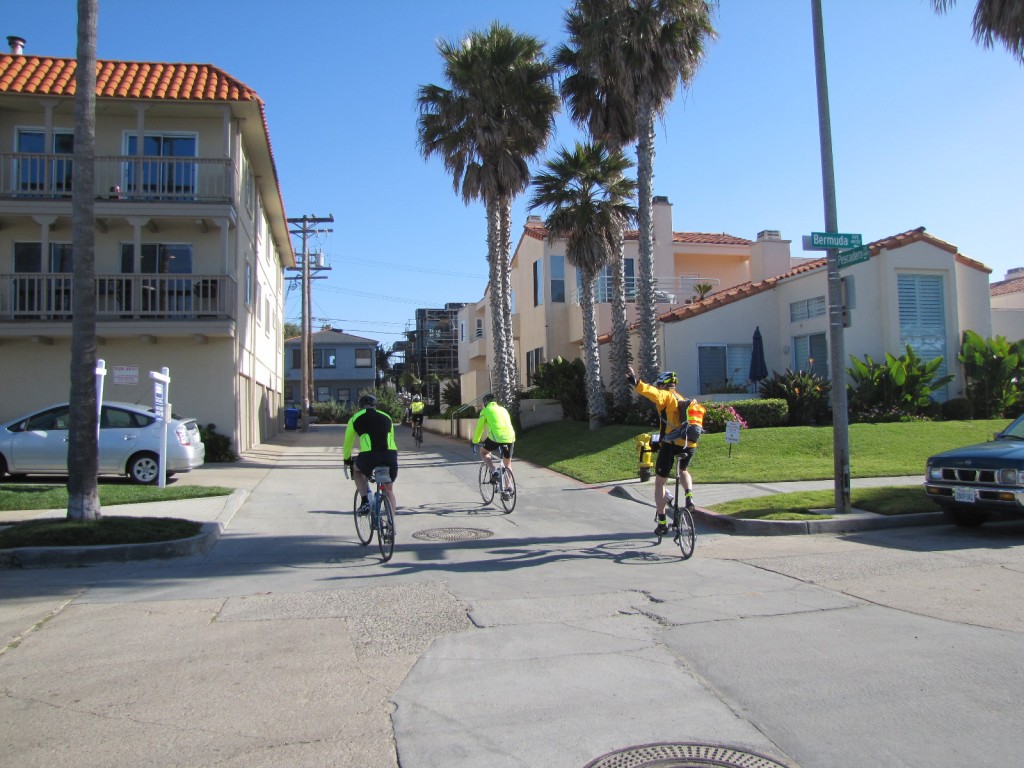 Checkout time was 11, so I worked in the room for a couple of hours and then began my arduous 33-mile journey to our lunch stop. Actually, the drive was very pleasant, but California highways (freeways, whatever) can be tricky, because they’re so fluid, with lanes constantly being added and removed. I almost inadvertently exited Route 8 three times, but it must be a nice setup for those who suffer from merge-a-phobia.

I arrived at Janet’s Montana Cafe, the lunch place I picked out (thanks, Yelp), around 11:45; I figured the guys would show up around 12:15.  To pass the time I walked around the shops outside the restaurant, most of which seemed geared toward a 50-year-old woman with questionable faux-fancy taste. I bought $25 worth of awesome-smelling handmade soap from a store owner who seemed desperate for business. Then I settled in with an iced tea at the cafe, read the news on my phone, made some impressive moves in Words with Friends, tried to understand what ESPN was saying about the expanded baseball playoffs, and waited. I started to feel guilty that I was taking up so much table space, because the place was packed. But the staff was really cool and nice. The guys finally rolled in around 1, and we had a really good lunch. 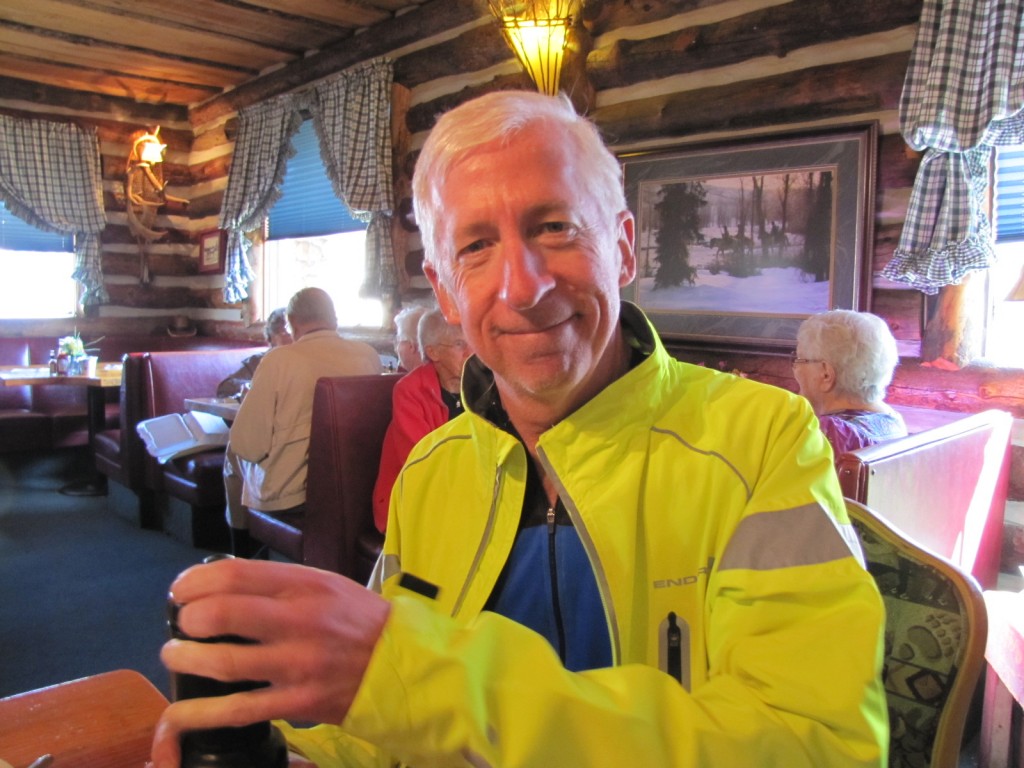 Everyone was happy to be sitting without having to pedal 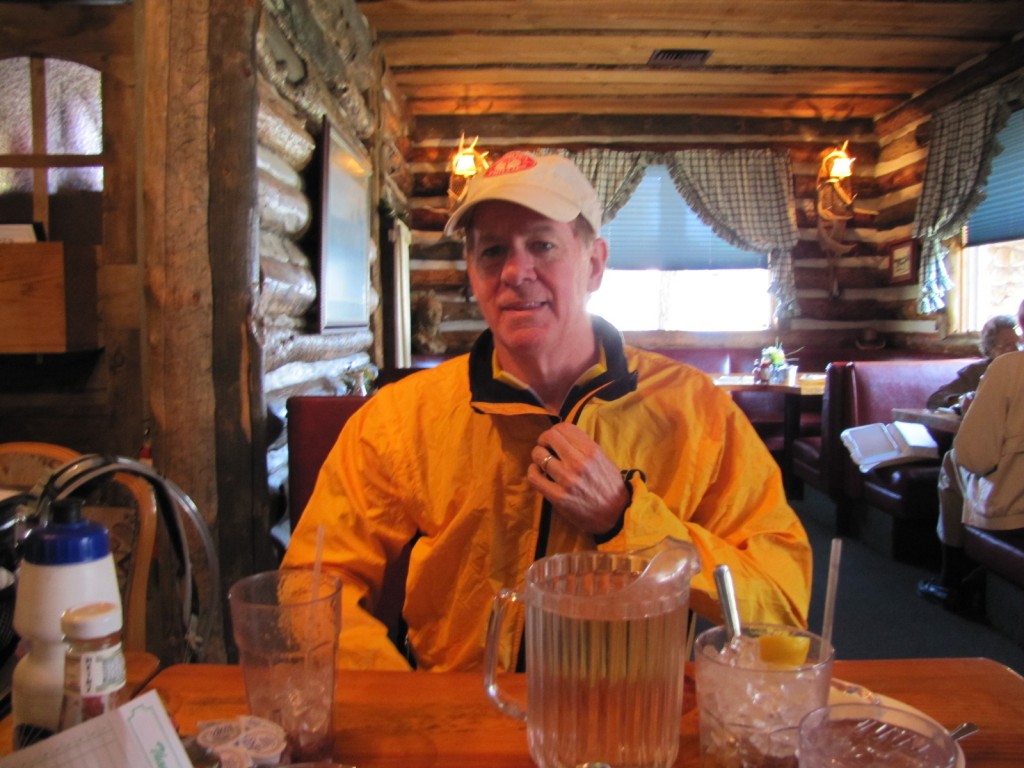 Before the last leg of the day, I made Dad put sunscreen on his nose, just like I promised, Mom: 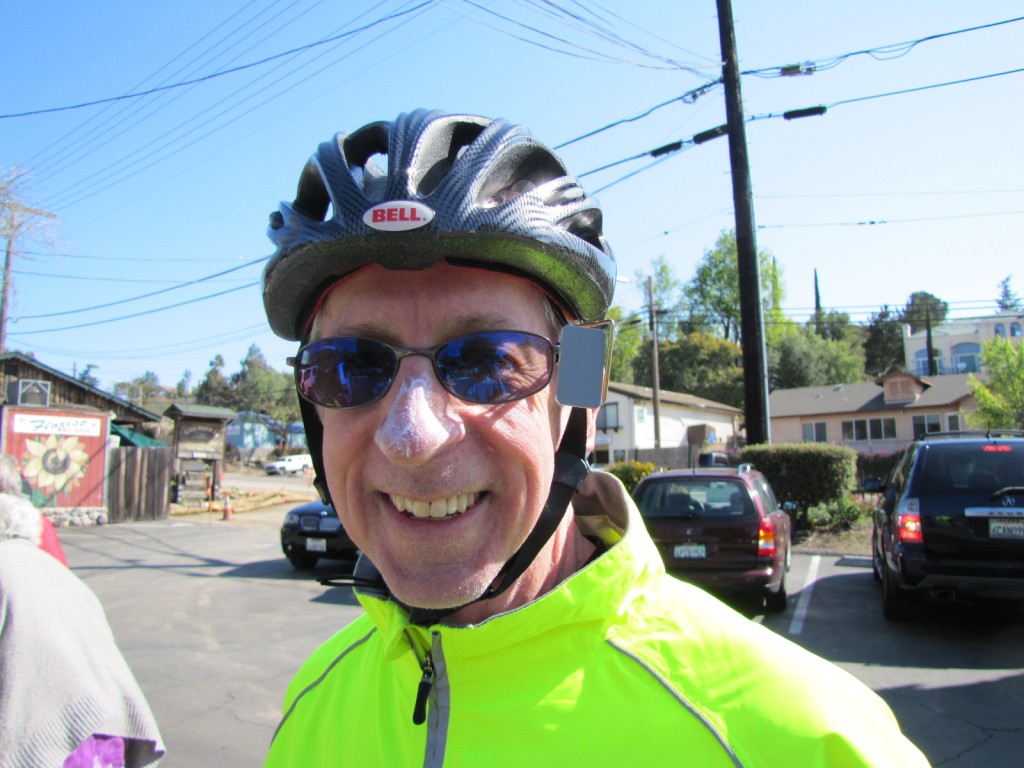 Then I went to a grocery store to buy beer and snacks and headed to Pine Valley, a completely charming town where kids skateboard down the middle of the main road. During my ride I crossed over a bridge I knew they would be biking later and felt the wind blow Great White around. I told myself not to think about it. They’d be fine.

And they were! I forgot to take a picture of the triumphant arrival. They got in around 4:45, I gave them each a beer, and they unwound for a bit. Then everyone showered and we had a cozy dinner (fireplace and all) at a place across the street. Slowly everyone began getting quieter in anticipation of sleep. We were back in our rooms by 7:30.